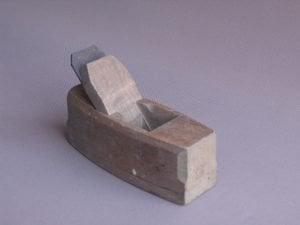 Many people ask me about block planes. No, not the 8″ wooden coffin smoothing planes of old, but the more modern versions with the bevel up cutting iron and fine adjustment wheels that set the iron so precisely. (Pics coming soon) I find students often buy the block plane as a first plane, before they buy the bigger smoothing plane. They think that this is a more manageable plane because of its single-handed use and its compact size. In actuality, this plane is not a smoothing plane so much as a trimming, easing, end-grain planing plane and we seldom if ever use it for surface smoothing as such, though we do use it for edge planing on narrow boards.

Which ones to buy

I’ve used Stanley block planes since I was 15 years old; 46 years. They work well for many aspects of work. Block planes are designed to reduce vibration by placing the bevel of the cutting iron uppermost instead of downwards as in the case of regular smoothing planes. This lower presentation angle give a direct cut negating the need for a cap or back iron and is more effective for cutting across or tangentially to the orientation of the grain. The compact size of block planes is usually around 160mm long and the body houses a 40mm wide cutting iron that is fully adjustable for depth of cut, cutter alignment and mouth aperture.

The Stanley and Record (Irwin) Models

The Stanley and Record Irwin range of block planes feature hardened and tempered chrome carbon alloy steel cutting irons, which take a keen cutting edge. Most block planes today feature fine grey iron cast soles that give good stability and wear resistance. Both Record and Stanley have made a wide range of block planes over the last century, but the most popular are the 9 1/2 and the 60 1/2. The Stanley 9 1/2 has a bedding angle to the iron of 21-degrees. The 60 1/2 on the other hand is the low-angle 12 1/2-degree model. Both models are useful, but I think it’s deceptive to present both as necessary planes.

I have two block planes from Veritas that I like: Here they are side by side. 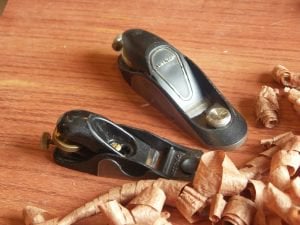 These are fully adjustable using the mechanics developed by Veritas in their larger bench planes. I like both planes and like their apron plane especially, because it’s simple and compact and the most common need for a block plane, and the reason they were often called an apron plane, is because we use them to ease the corners of our work. 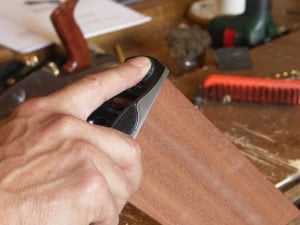 These corners are usually in awkward places like the top edges of drawers, the inside corners of frames and recesses and so on. A bullnose plane will do the same and do it more efficiently in actual fact and this is the one that I reach for first for this task.

The adjustment of the newer, larger model is very nicely appointed with roped adjustment wheel and low-angle threading to the thread of the wheel that give such preciseness to adjusting the depth. 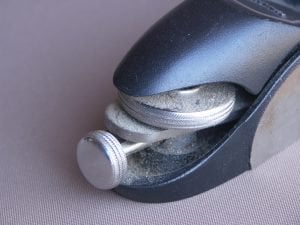 This plane will adjust by thousandths of an inch and the plane fits snugly into the palm of my hand. It has a heft to it that I like too. 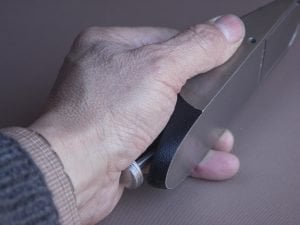 The other feature I like is the adjustable fore part that closes the throat opening for fine woodwork. I made two cabinets for the White House Permanent Collection in 2008 and this plane trimmed many of the veneers I used for the cross-banded frieze work around the doors. 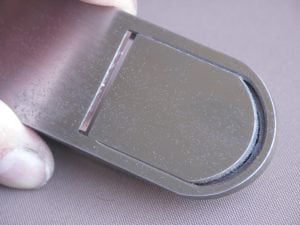