As an apprentice there were two categories involved in making things from wood. There were wood machinists and there were woodworkers; two very distinctly different spheres and two only moderately crossed over by one to the other. In my four decades working wood that line has shifted and whereby at one time machinists were a minority category, they are now the absolute majority with 98% using machines only. The sad thing is that those now becoming woodworkers settle for a substitute that stands in truth’s stead in the same way lies do and it’s this that changes the way we perceive skill, fulfilment and enjoyment. 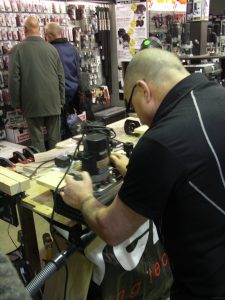 It’s a weird thing really, and one that’s perceived but rarely experienced. Go into most stores selling woodworking equipment such as Rockler, Axminster, Woodcraft and many more and the main thrust in education of woodworkers is towards machines and machining and yet, as I said, 40 years ago what they now tout as woodworking would have been called machining, so why don’t they call what they sell machine woodworking classes and tell people that they can become woodworking machinists rather than woodworkers? 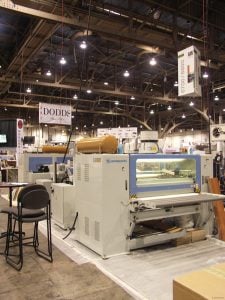 The answer is of course that most machine salesmen are not woodworkers but salesmen machinists. If you can learn all you need about woodworking in an afternoon course in a tablesaw class then that has dumbed woodworking down to the limits of the rotary cut. Mastering skill demands self discipline, self control, mastery in multidimensional spheres unnecessary using machines. Real woodworking is very different and in my experience even carpenters and joiners in North America and the UK were actually looking for this when they chose careers in woodworking. 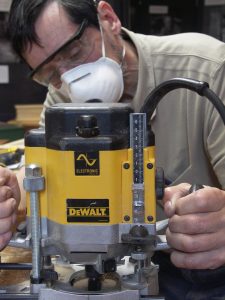 Problem was that as soon as a young man talks to his careers advisor in school he’s automatically steered towards carpentry and the construction trades which is less about wood these days and more about fitting plastic and metal components. What happened to violin making and guitar building, boatbuilding and furniture making? Any work that todays ‘craftsmen’ do comes from the machine in a square cut and the parts are held together with Kregg Pocket Hole screws, which is not woodworking. 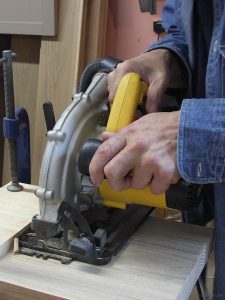 Just a few thoughts. It’s sad what has happened to woodworking because of a few misnomers created by manufacturers. Machines have become”power tools”. Circular saws “skill saws” and so on. The problem is that woodworkers today see these as an evolutionary advancement whereby we encourage young people to see that being able to use “power” equipment, which are simply dumb brute machines, ideally suited to some very specific tasks that indeed we need, is somehow advancement in their skill sets. In actuality it’s a highly diminished sphere of manufacturing using highly refined mass-manufacturing methods designed for mass production. There is no skill needed for most types of machine woodworking. Most monkeys can push a button and push wood and if a CNC router carves a rosette, flower or leaf, then of course you did not.

Let’s join the Real Woodworking Campaign and get children back in the home workshops, otherwise we won’t have a next generation of woodworkers that remember how it was, but a generation that only knew woodworking as an ‘adults only’ machinist who thinks that it’s a woodworker. Can any responsible adult let any child use the machines shown here. These are not power tools but ‘disempower’ machines.

Let me know your thoughts on this. Let’s not abdicate our responsibilities as parents and grandparents. More on this early next week.

7 thoughts on “Woodworking or machining – Where are the kids these days?”