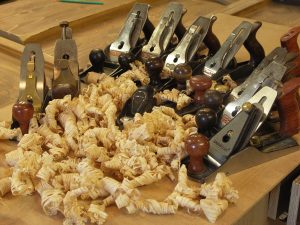 The plane I used for squaring and truing my frame wood for the lid of the Hope Chest and to also raise the panel with its bevels is the cheapest #4 Stanley that the Stanley Company made. It performed the tasks well, never balked at the work and it gave an all-over pristine finish ready for sanding. I felt quite content with the result. The most common reason this or any plane fails to produce this level of satisfaction has nothing to do with weight, thickness of cutting iron, cap iron or cost of plane but because of sharpness and the neat thing is this; everyone can sharpen a plane like the #4.

Now I‘m not knocking heavy planes, plane makers or thick irons. Some of these makers produce remarkable planes. Absolute stunners and they all have value and add value to our woodworking lives, but my working knowledge has no tie to any maker so I can tell the truth from my background as a user craftsman with nothing to gain (but I must tell truths I know to be so). I often reach for a #4 and now, as a result of discovering the new small Veritas bevel-up hand plane, I reach for that for some of my work too.

Inside the heavy and lightweight bench plane category is an over-talked-about hunk of metal called the frog. The frog is an issue that seems to stick in everyone’s throat from time and because it’s connected to people talking about planes it’s often launched into a sphere of conversation we call plane chatter. Now chatter is an extremely rare phenomenon whereby the cutting iron flexes in a series of minute vibrations back and forth that result in tiny surface lines in the finished wood. These marks can be sanded out in a heartbeat or you can shift the plane orientation and deal with it that way. 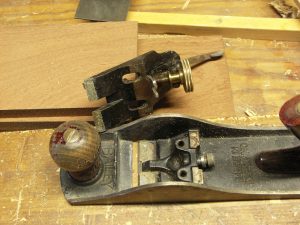 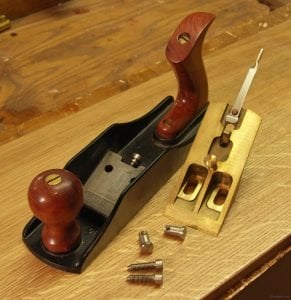 Back to the frog. From time to time we have all experienced a frog in the throat, but usually we get a life and move on. Not so with plane speakers. Plane speakers are obsessed with frogs in throats and give names to them that are unconventional. Imagine in any conversation where you stand in a bus queue, (line USA) and someone’s says, “I’m having trouble with a frog in my throat.” I mean, where would you go with that? 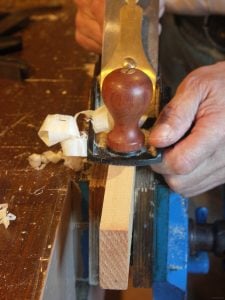 People consistently tell me that Bed Rocks are the only plane to use. Usually they are people that are into buying the best or what they consider to be the best plane, which is not necessarily the only plane that will do what we woodworkers want them to do. I say, “That’s not true.” They argue that opinion, which is often only that and not based on anything else. You see, I have used a regular Bailey all my life and it has served me as a professional woodworker alongside a Bed Rock.