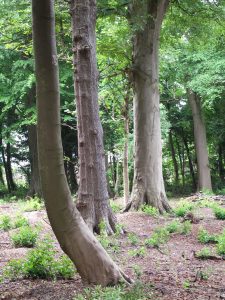 The unique symbiosis between the wood and the craftsman has been sadly diminished over the previous centuries, to the point that the connection between the two has very much been lost. The significance parallels that of the megalithic grocery supermarkets providing everything we need and the simplicity of growing your food in the garden, having chickens for eggs and meat living within the means of that provision. With guaranteed food for table requiring only minimal effort beyond working for money, we find ourselves mindlessly uncaring about the hows,wheres and whens from which we stoke our bodies. Wood, so readily available from the supermarket DIYs like The Home Depot in the US and B& Q in the UK, we have no need to think about harvest seasons, culling, replanting adn planning. We leave that to the ‘experts’ who “know what’s best for us.” Reconnecting to the land and the woods and wood has been an important step for me. The first tree I dropped had a certain excitement about it, the second filled me with remorse. It was the first time I realised that I couldn’t bring the tree back to life as a growing organism. It was an unnecessary cutting and I realised that that tree could have remained had I not been fascinated by the mechanism of the machine that so pulled my to ‘try it out’. I think it could be compared to other fatal steps people take in irreversible moments the consequences of which we have no control over. 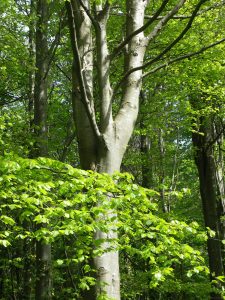 Since that day I have only cut trees essential to my work or living. I cut them as I have need and never for money alone. Mt work in some measure brings new life to the wood from which it was hewn. For this I have no regret. My work depends on the tree as a raw substance supply for what I do for a living as a woodworker. Becoming conscious of this and the reality that consequences always follow action and inaction is the way a craftsman can reconnect with patterns of harvest as they did in times past. In the US, in the 1700s, a man was given licence to cut an allowance of trees. He explained his need to the local town elders and they gave him the document he needed to cut four or five trees. He went to the woods and cut the trees. One account I read said a man cut five instead of four. He was found out, prosecuted and fined, but then he was charged with a further offence. He had lied about cutting the fifth tree. This was treated separately. For this he received the further penalty of 6 months imprisonment.