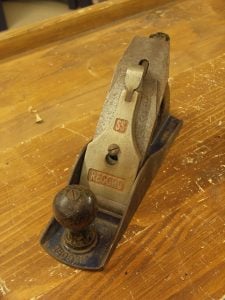 Stay-set cap irons and what they are worth.

This is from my working experience having owned them and replaced them with a standard sprung steel cap iron. I admit that the removeable chunk of steel seems like a practical application patented by Record in the 60s. reality is it is of very minimal value for the general woodworker and little value to the specialist too. As for the term stay-set. This gives the impression that the plane stays set when you remove the iron assembly as a unit, sharpen the iron and replace it in the plane. How can that be when you take the iron out, reduce it in length and offer it back the wood without adjusting the depth wheel? It can’t. 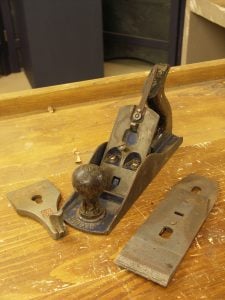 Another thing. Record planes were never known for their fine machining. They were simply good working class planes and that’s that. There was plenty of whiplash in the mechanisms and also in the yoke. That never bothers me. When broken-in, the adjustment wheels spin in a fraction of a second and take up all slack in the thread faster than you can turn the tight threads of better made planes. 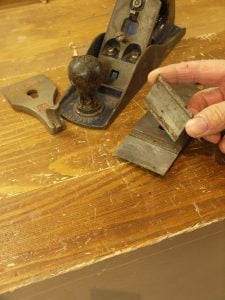 Removing the iron from the frog and putting it back automatically changed the setting either sightly or greatly, depending on how well that particular plane was made. That’s true of Clifton planes also. But with the slackness of Record standards in tool manufacture, no two Record planes are or were ever alike. 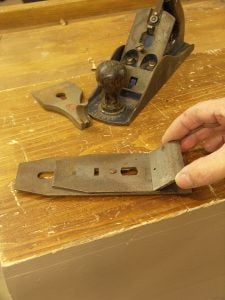 Clifton UK is the only maker of Stay-set irons that I know of. They follow the same form of manufacture as the old Record Stay-Set cap irons. 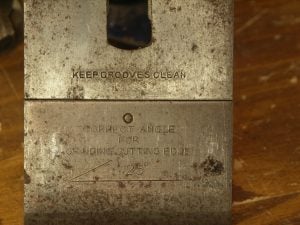 The back of the cap iron screws to the blade in the same manner as a regular cap iron using a setscrew. The result was access to the cutting iron for an 1 1/4″ behind the cutting edge. Supposedly the user honed the back face and had no need to remove the whole cap iron, but this fails. 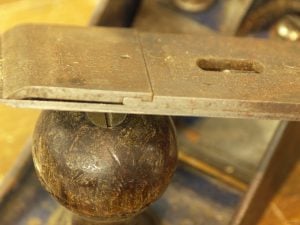 You need access to a larger surface area because the whole of the back of the iron needs to remain flat, not just the short area. Some tout that there is no loss of adjustment and less fiddling. That’s not true. It will not enhance a plane of any type and I never heard any craftsman say anything favourable or positive about the method..