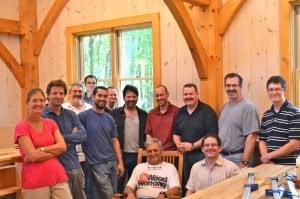 At the risk of sounding redundant, about twenty more students left New Legacy New York equipped to pass on their skills to others looking for real woodworking. Without naming names and castigating others, many woodworkers have been denied the joy of working wood because protagonists so promoted machine methods they threw the baby from the tub with the bathwater, which commonly occurs when we make gods of mere skilled machinists with personalities that persuade us against better judgement. 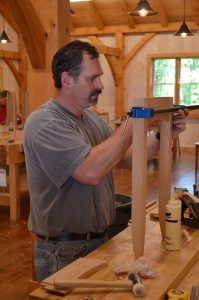 Thirty to forty years ago this all began with the fastest and the bestest being touted as the only way in the evolutionary process of progressive woodworking. The machine wood rule and strategise to run down handwork and destroy skills once common to everyone by creating the illusion that it’s all about speed and efficiency. Supported by the media looking for a new buzz they almost succeeded in destroying all memory of skilled men and women and skilled work to substitute quantity for quality in workmanship and wellbeing. Sucked (succoured) in and spat out bald, woodworkers began searching the pages for something real. Some proponents unwittingly did more damage to the future of woodworking than anyone I know and so caused the casting aside of tradition that would and should and could have held good for a two more centuries and beyond. 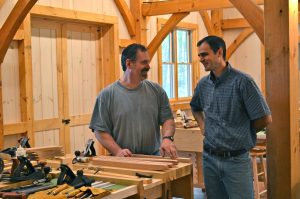 The goal by machine manufacturers was to get rid of tradition and the “old fashioned ways’ and introduce a new tradition whereby they would substitute dumb methods that require no skill for skilled work. If they could accomplish that they would have control of people in such a way that they had to keep returning for each new development. All they would need to do would periodically change something such as the plastic handle shape and people would always need the new  and progressive look. Bit like fashion for men and women in clothing and shoes.They were putting ordinary home woodworkers on the conveyor belt of mass making so that the human being became part of the stop-start mechanism as well. 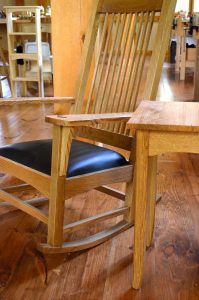 Woodworkers who knew no different fell for it and within three decades real woodworking was abandoned for emptiness and unfulfilment. Today we have decades to make up for in the shortfall in the next generation so that we can preserve the seed of real woodworking.

This is their next six-day workshop

I cannot describe the sense of wellbeing my students feel as they walk from the shop with shelves and tables made by their own hands. Of course this is only the beginning but this is real woodworking making real progress in the lives of real people looking for real work skills. They found, felt happy, returned home contented and proud and will take all that I gave and expand it for themselves in the lives of others. I felt proudly happy as I lay my head on my pillow last night. I woke several times and smiled as I felt others smiled walking from the New Legacy New York workshop. You cannot buy this. It’s not for sale.