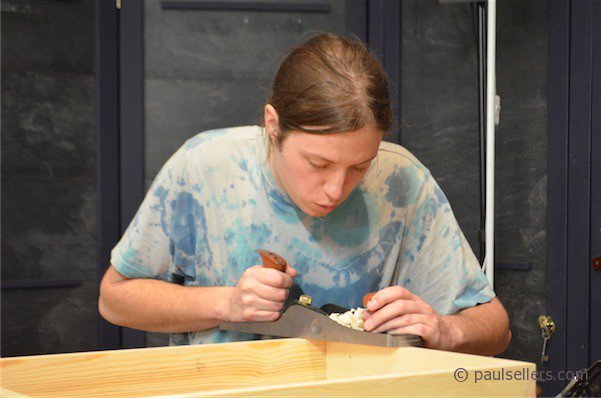 This is Joe. I forgot to ask him if he ever used a bench plane, but I know he didn’t use one well tuned and set up like ours. It was graceful watching him this morning as he skirted the perimeter of his new box. Bevel up or bevel down is of no consequence. Both work equally well and a bevel down will do much more in general bench work and furniture making than any bevel up ever will. People don’t yet know that because they are becoming as besotted with bevel-ups as they were with power routers and such. Anyway, I like both plane types and don’t want people to be misinformed by editorial tool reviews in magazines. They, especially British ones, don’t give good practical insights very often, more an opinion and that’s not often worth very much. Most if not all magazines are purely advertising vehicles, companies paid and receiving primary income from advertisers and magazine sales and we should never lose sight of that. Biased? Of course they are. Their wages come from selling magazines with advertising space. That’s the bottom line. That’s reality and that’s fine too because after all companies have legitimate need to sell what they produce. So, back to planes creating works of art in the hands of woodworkers yet to emerge. Bevel up planes are a hit and I can see why. Their main downfall is of course when they hit what we call rising or short grain. This happens when the angle of the grain at certain points in a board are the same or similar to the bedded angle of the plane. The plane’s cutting edge enters the grain and the grain is lift rather severed by the cutting edge, which splits the wood, and doesn’t really hit the cutting edge and so the surface fibres of grain are wrenches rather than severed from the whole in the usual manner. This happens less with steeper pitched planes such as the Bailey and Bed Rock pattern planes. When a bevel up plane is on the right grain, nothing quite compares with it for finish. 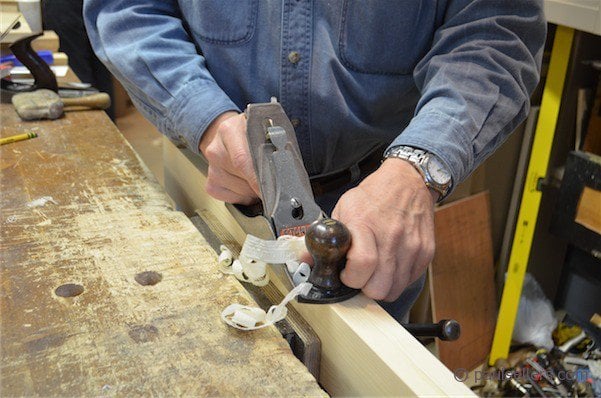 I can say that everyone in class now picks the plane with greater confidence and seem less aggravated and intimidated by it, even when they do hit awkward grain (these are my hands). I like that. They will soon master this important tool, and reach for it more and more. This is important to the work they do now and in the future. They adjust them quickly now, and sharpen them without hesitation. That shows growth, great growth. This brings relief to them and I can see this in their countenance. Still, there is room for improvement and I try to help them as they work. Some students are really good at asking for help. This helps booth me and them. The hardest question to answer is the one that’s never asked. Sometimes it’s hard for me to help after damage is done because it may well be unfixable. I encourage questions early on, so that we minimize unnecessary risk. We have questions around the bench two, three, five, ten times a day if necessary. It’s no trouble to repeat things to reinforce their importance or to simply make sure they get what they might not be getting. Today was one of those critical days where everything was tangibly present. Mortising can be tedious in oak if you don’t get the technique down. 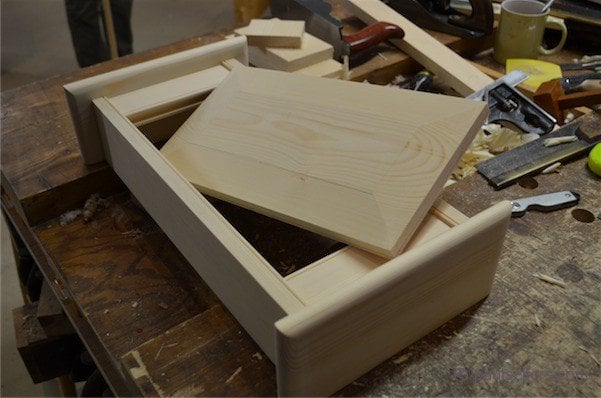 My clock came together for the PDF we want for the online clock making video series we just started. I have been wanting to make sure there’s a paper copy of all my work for the future generations so this is important to me. I have drawings to complete but I now have all of the photography done