On my first day, back I bought wood from Home Depot store just before it closed at 5pm New Years’ eve. I wanted a knock down lighter-weight version of the traditional joiner’s work bench we just posted on YouTube over the past few months so I could transport it to Baltimore in a small hatchback Chevy I am using for my tour. 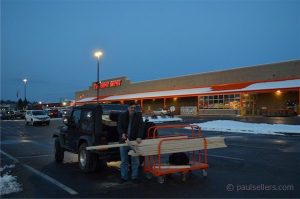 Here I am outside the store with a repulsive Stanley sharks tooth saw and another construction gentleman passing by to take the picture. 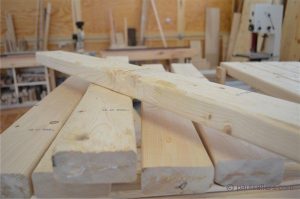 Back at the shop you can see how rugged this wood was but but it was dry and ready to go so it made me happy that there wasn’t water frozen inside the wood.

Carrying the wood in snow can be a little tricky sometimes. 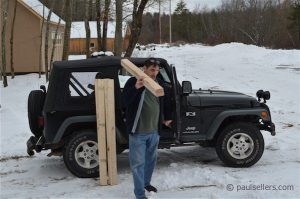 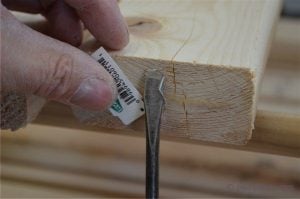 Getting the staples out was indeed as always the big deal. Perhaps someone can help me understand why they need a barcode on every stud? Perhaps someone can also explain why half of the stickers are stapled and the other half simply glued? I like the plastic staples best!!! 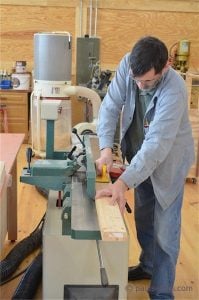 To speed up the process I jointed everything on the jointer this go around, and thicknessed it too. Soon we were on the joinery and had all the joints made in between picking up business cards in Saratoga Springs and shopping for other essentials before I leave. 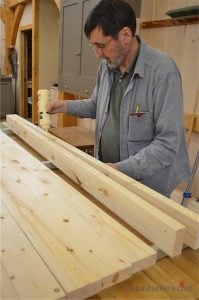 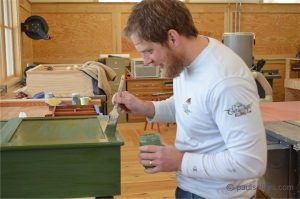 Jacob was in the shop putting milk paint on his newly completed tool chest. He’s sanding through the green to an underlay of stain and it looks pretty good. I will post a picture when he’s done. 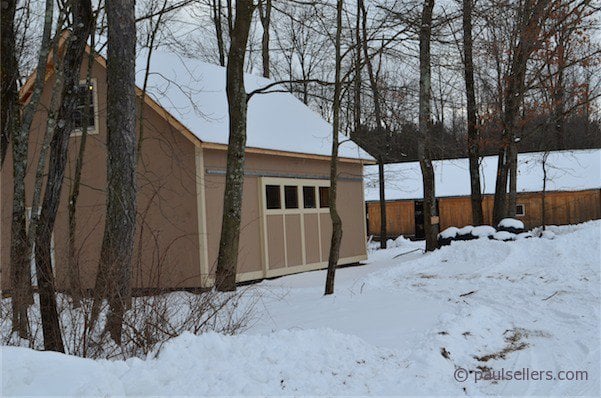 Nick finished his timberframe workshop building, which looks really nice and will be holding some workshops on timberframing later in the year. This is not a one-man operation and neither was the woodworking school building and that turned out to be just a wonderful building for woodworking.
Well I leave today for the Woodworking Shows show in Baltimore, so I hope to see as many of you as can make there.