Who would have thought it? NewYear’s eve cutting wood on the Home Depot parking lot with a Stanley SharksTooth throwaway handsaw. Moreover, dimensioning wood for another workbench on New Year’s Day. Well, it wasn’t all work. Caught up with many friends, rested a little and started packing just a little for my trip down to Baltimore ready for the Woodworking Shows’ show starting this coming Friday.
New York had some good snowfall this week so seeing everywhere in white was a treat for me at least. On loading wood can be a challenge getting it from the jeep to the wood shop with ice beneath the snow, but we made it. 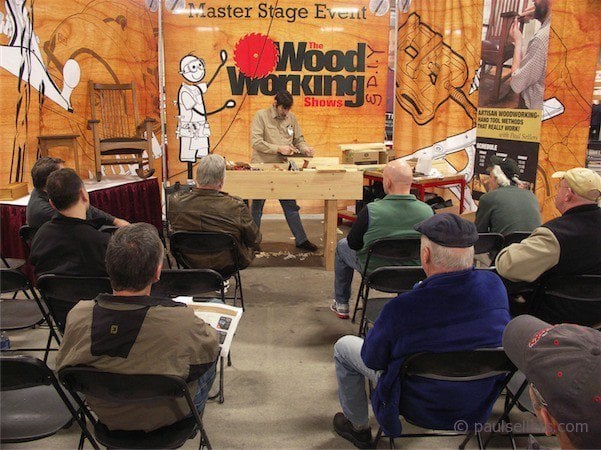 Going of your emails it looks as though there will be a lot of you at the show this weekend and I am looking forward to being there again this year. We have a lot of teaching planned and I will be making a Traditional Joiner’s tool chest starting at this show and finishing it in Kansas.
During the show I will be introducing people to the concepts of the minimalist tool list as well as tools made by the modern counterparts of the old Stanley and Record tools. We will be dovetailing and mortise and tenoning, raising panels with a number four Stanley and of course we’ll be introducing come never-seen-before stuff too, like inlaying with a plough plane, how to work with your kids and grand kids and lots of fun stuff in between. Meanwhile I have a bench to get ready, so I’ll hopefully see you over the weekend.