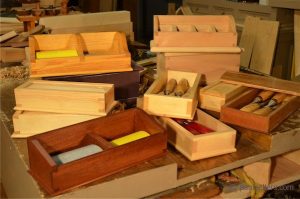 We just concluded the opening woodworkingmasterclasses series on dovetail making. I customized the intro projects to make them interesting because I thought making them had greater value as an opening level dovetail primer. At the same time, I liked the idea that instead of simply making a lone joint we would all have something designed and built to last for a lifetime of usefulness.

Beyond the opening box, we then made a couple of changes and additions that led to intricacies demanding more accuracy and my intention was to expand the work and stimulate interest. When we make more boxes, and I include the tool boxes here, we will be making a variety of dovetails that will prime the pumps to increase skill levels and knowledge and at the same time stimulate deeper thought processes. As you think in three-dimensional ways to colour what we do, you will begin designs in your head that will ultimately translate into your own dovetailed boxes and thereby your own new concepts of design. 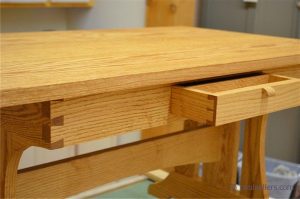 I so enjoyed this series and of course as you know we have been developing the new Arts and Crafts coffee table for the next series, but anyone wanting to miss these steps on mastering dovetails may find something lacking when they come to more advanced levels of box making using hand tool methods. For instance, how do you build a drawer into an existing coffee table? This is something I plan on doing later in the series. Not because I am trying to make it hard but because you need to know how this can be done. We have another session we will be doing on thinking outside of buying knobs. For this we will be using the lathe 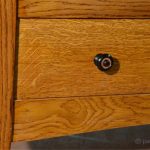 for some designs and then we will be making others that look like this:  Beyond all of that, we enter a new realm as we work with hardwoods on larger projects. Just how do you level tabletops and smooth awkward grain without a belt sander yet with only a couple of hand tools? Does it take hours? No, not really. Just a few minutes and a lot less time than belt sanding too. 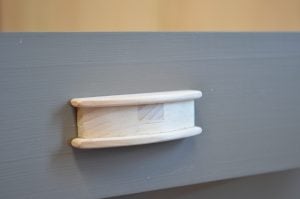