Saw files from the US going down the cheap tubes

I suppose there is a possibility that I sharpen more saws than most woodworkers do because for about twenty years I have sharpened the saws students use and then again I have sharpened my own saws now for one year shy of 50. With an average of 100 saws between the two schools and then about 20 of my own, that’s a number of saws I am responsible for. My micro-bevel saw sharpening method cuts down on the edge fracture normally associated with 30-degree saw sharpness and also the need for two saws for cross- and rip-cutting and you can follow the video here to see if that’s something that appeals to you. 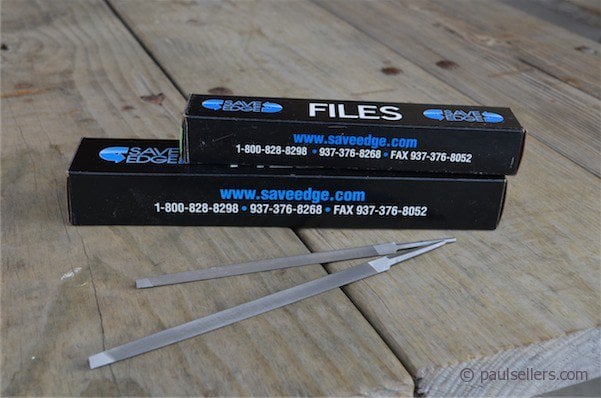 It has as you know saddened me that Nicholson files have lost the wonderful worldwide reputation for integrity it was once known for. I posted recently that I could not even sharpen one full hand saw with a Mexican-made Nicholson saw file and nothing has changed since I posted on the failure about nine months ago. 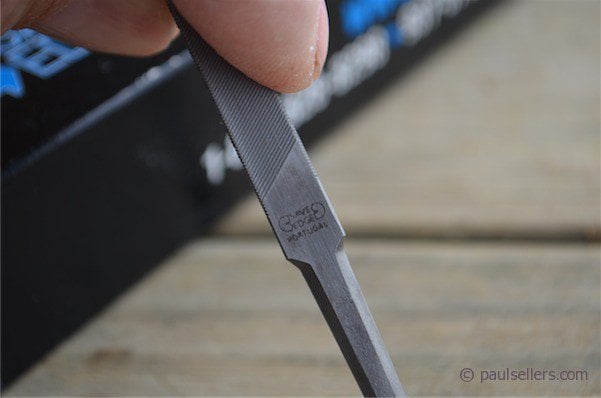 Here is some of the dilemma I have found in my research. I recently discovered that my friend Tom had found a local sharpening company that used and sold saw files for sharpening chain and handsaws that were made in Portugal by the same company producing files for the renowned Bahco files. In actuality, this company resharpened files here in the USA as well as importing other files from Europe. I then discovered that the files they used were resharpenable 2-6 times per file too (depending on the use) and at a much less cost than a new file. I contacted Saveedge to see if I could visit and talk to them about the files but they told me that unfortunately Companies like Nicholson came in at such a low price, they could not compete in this corner of the market and so you see that this global market and lack of domestic loyalty is HARMING us, the consumer, because we only have choices as far as these giants will allow us.

Here I am at the Ohio Woodworking Shows show filing my saw with the Portugese file and it cuts like a dream. This is how the show looks before the show is set up of course. 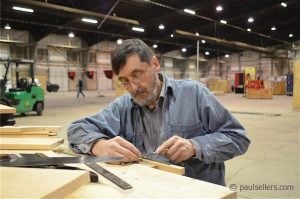 The Xenia, Ohio based company was established in 1976, but they really had no choice as the Nicholson files forced down prices without maintaining equal quality but their mexican files look the same as the old Nicholson’s. We are not comparing apples for apples here.The files I tried were of course saw files and I used a couple of the files recognizing that they looked and felt like ones we use at the UK based New Legacy School of Woodworking. I couldn’t at first say that they were the same, but the heat engraved trade mark gave them away and I found that they performed identically as far as I could see to the Bahco files we buy that are made in Portugal. These Portuguese files are a credit to the makers in Portugal regardless of who that might be. I have sharpened upwards of 30 saws with one file and of course this depends on the hardness of the steel used to make the saw and of course the resilience and hardness of the files themselves.

I so wish we could have supported them before they decided to stop importing the quality files they do. They have found a niche market providing Farrier files, which of course also work equally well on wood. They also make laminate files that are high quality so my hopes are not c.

I could never buy a Nicholson again. And don’t please suppose that The Home Depot has no responsibility in this. They may not even know what poor quality files they are being supplied with, but they do set price limits. Thankfully, Grobet files are quite readily available and I tested out the Veritas files in their practical packaging over the past few months. They equal and even surpass the quality Nicholson was once know for. Did you know that Nicholson files were once accepted as the very best file makers throughout the world bar none?