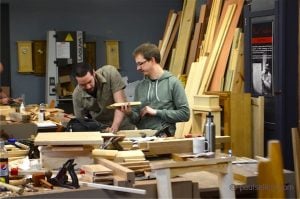 I walked into the workshop this morning and saw the business of yesterday gone and instead there were thirteen empty benches with tools neatly arranged as if nothing had taken place. Oh, there was a little clean up still to do, about twenty minutes or so, but the vacant space was what stuck out to me. After nine days of intense training, the splitting and shaving, shaping of wood with chisel blows and handsaws, planes and scrapers, silence seemed somehow sudden in that way silence has in punctuating a phase in someone’s life. 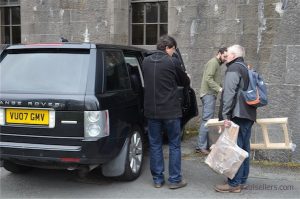 Woodworking has always been a unifying power that draws a massive percentage of the world’s population of people together and especially has this been the case with this classful of men over the past week. I have seen this over and over through the years. To say it’s mystical might be an overstatement and yet I stood for a few minutes very conscious that in the last none days my course changed people’s lives dynamically. This did have a lot to do with the methods we used and no one could ever deny that. This was a high-demand nine-day course that challenged ever person attending and that’s why the rewards were so high. It cost them something to come here, it cost their families and friends, it cost them time and money and effort, but they became something in the process that changed them and that was my goal. Even so, regardless of the methods anyone uses, the fact is that woodworking somehow manages to calm the savage beast of commerce in everyone and especially is this so when the pace can be slowed by methods that demand those higher levels of skill and personal engagement and self management. 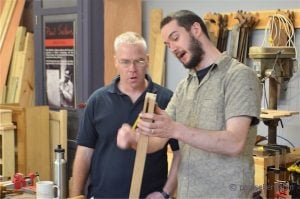 There have been highly interactive and I would say intense periods throughout the last nine days. The course has that certainty of pressure that somehow demands progress and growth on personal levels for everyone and no one was left behind. A box, a bookshelf and a table may be a small evidence of what these men now have – a working knowledge of how to work wood skillfully using no more than three joints (with variations) and ten hand tools. Twenty six years ago I came to the realization that with three joints and ten hand tools you could make just about anything from wood and that has proven in general to be true. This then has been the basis for my courses since 1987. 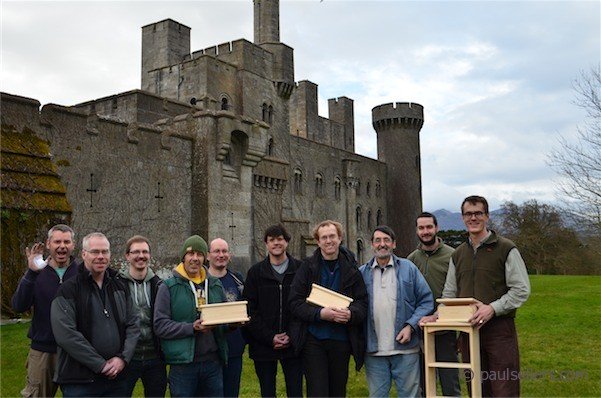 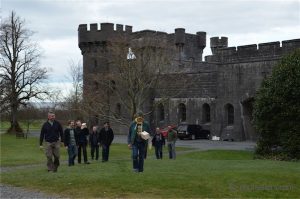 To the men here, the completion of the three pieces I developed as a foundational woodworking course became all important and they did it. To me, these items became more the icing on the cake for them; but my goal was achieved before the completion yesterday evening. They had made mistakes and not given up, faced disappointments and continued to develop. In just nine days they could sharpen their own tools, layout accurately, create the three most universally used joints using only hand tool methods developed in a matter of days and not months and years. They also built relationships that spanned cultural differences and limits, made a host of new friends that it was hard to say goodbye to. They whistled, sang, joked, played, worked extremely hard and they went proudly home with the accomplishment of sharing their lives in a very fulfilling and rewarding way. This was in every way an experiential vacation and the reward went beyond mere memory to match anything you care to imagine.

9 thoughts on “Last Day of Our Nine-day Course”