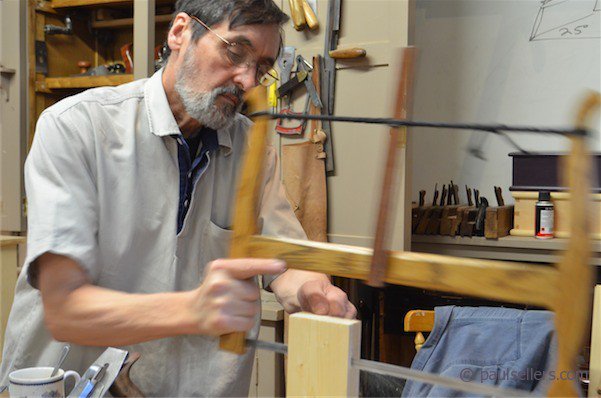 My frame saw came out fine, I mean really fine. Functionally, cost wise this could be another of those “Poor-man’s” tool things I have been blogging on. 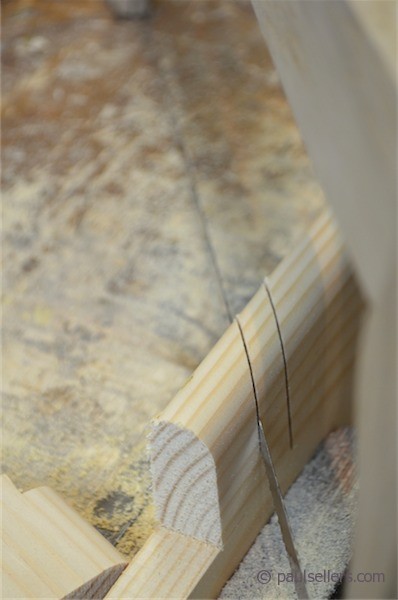 The blade was worn out and so cost nothing as it had already paid for itself many a dozen times over. The wood was also scrap. So, if I said 50 UK pennies (75centsUSD), that would be tops. I cut and filed the teeth so 1/20th of £4 for filing with a Bahco saw file. 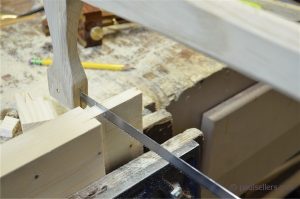 I expected the saw to work fine, how could it not, it’s just a hand made saw? Cutting an 18″ tooth pattern at 12PPI took about an hour tops and then filing for sharpness took 5 minutes more. Setting took abou ten minutes and making the frame saw itself is about 3 hours.

I cut tenons in oak and in spruce and pine and it worked in these woods equally well. the pine was a little tougher to track at first, but when I removed the set a little it cut pristine kerf as thin as any tenon or dovetail saw. I configured the pattern to cross and rip pattern in the same saw and that gave me both cross and rip cut so a single saw works for both very well. 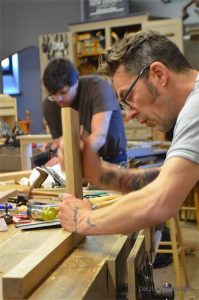 Everyone gathered around in a circle at the close of the day in what seemed at first like an intellectual consideration of brainstormers, but actually we were getting ready to go to dinner and we wanted to make certain we all got there. Phil gave directions and having had a such an intense day, it’s as if someone turned the faucet of activity off. We ended up at the Spicy Vijon in Bangor and had a good unwind before the really big day tomorrow when the real pressure comes.

I have really enjoyed this workshop and look forward to the ones upcoming in New York in two weeks. 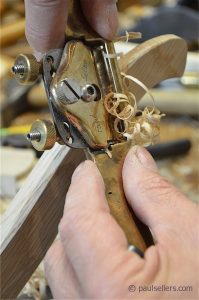 We have a two-day beginner class as a primer on hand tools for those who want the experience and then, the week following, we have the nine-day hands-on workshop the same as this one but in the New York School of Woodworking, which is held at the Maple Wood Center for crafts in Greenwich where the school is hosted. 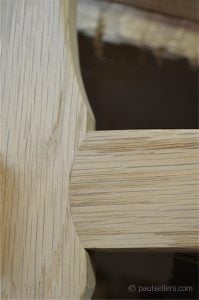 I am looking ahead always to try to improve education for woodworkers and what better way to do that than to hear from my friends in woodworking. Thank you all for your input on every level. it gets harder for me to anwer every email, comment and response to our different endeavours but please rest assured, I still read every one that comes to me.