Could I start off by saying thank you. I have been signed up to your master classes since they started and find them inspirational. Your teaching style and ethos I find so easy to identify with and really convey the message of ‘just do it’ and that its not all about this tool or that. Indeed, since I took this on board I have found myself using tuned up Stanley planes over my beautiful Lie Nielsen planes which unfortunately I now find slightly clunky in comparison. I feel that a big part of that is your method of sharpening which takes away any hesitance in sharpening because it is so quick, easy and effective. I no longer hold off sharpening as I feel it’s needed.

What I would like to ask you however is your thoughts on wooden planes. I have previously read a post on your blog regarding them but when I recently acquired and spent a short time getting a wooden try plane I was amazed in the difference in feel and feedback when planing. If one was to use wooden planes exclusively are they giving up anything that metal planes can do better in use? I’m not talking of keeping the sole flat and mouth width, etc but in actual use.

In terms of flatness, wooden planes stay flat but they do wear too. That said, they don’t wear as fast as you might expect and on smooth wood, they wear only minimally. The hardest time for wooden and metal planes is on roughing stock from rough-sawn and riven stock to smooth and square. And edge jointing narrow stock for edge gluing, fitting doors and such tasks is especially hard on both plane types too as this creates a long hollow along the length. 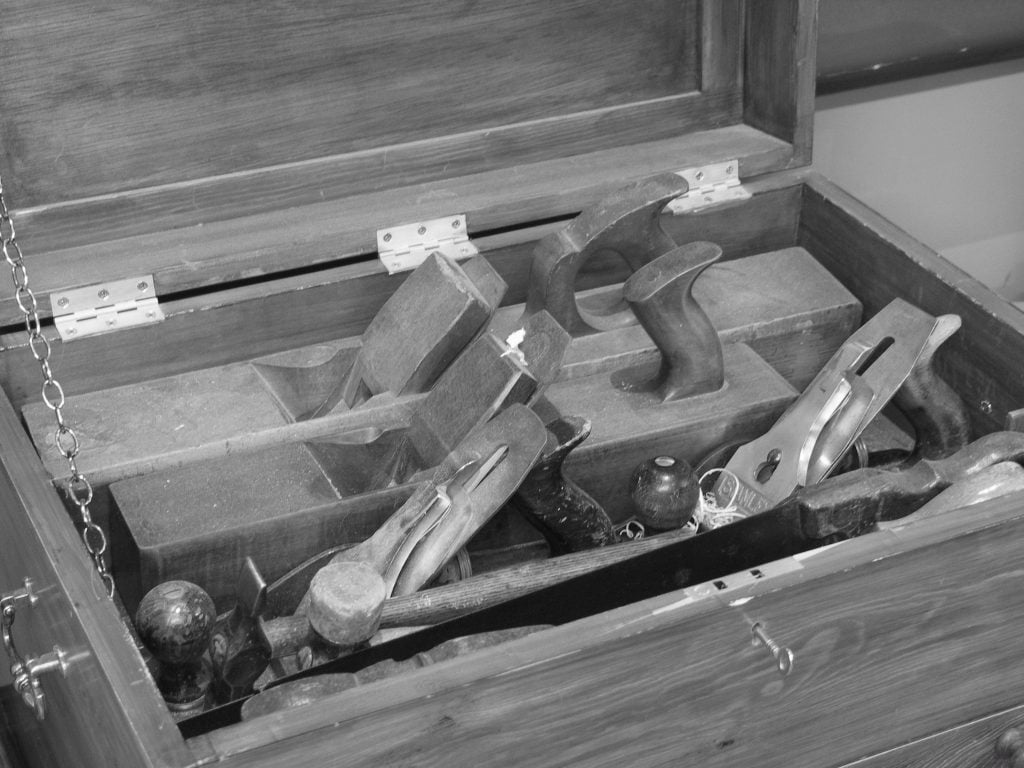 Many craftsmen kept older planes with open mouths for this and often had a series of three planes to get them to a pre smoothing plane level. Older planes were relegated to rougher tasks as the sole wore down. This is because as the sole wears the throat becomes marginally wider with each level of wear even though in manufacture they designed inbuilt wear acknowledgement that kept this to a minimum. Inside the front section of the wooden plane the forepart initially slopes forward toward the hand and not away from the cutting iron assembly. So, as the plane wears away on the sole, the opening doesn’t open from that front portion as one might expect. But the sole does wear along its length and as it does the cutting iron actually moves back and up what we call the plane bed and so, with that wear, this then causes the more open aspect to the throat. 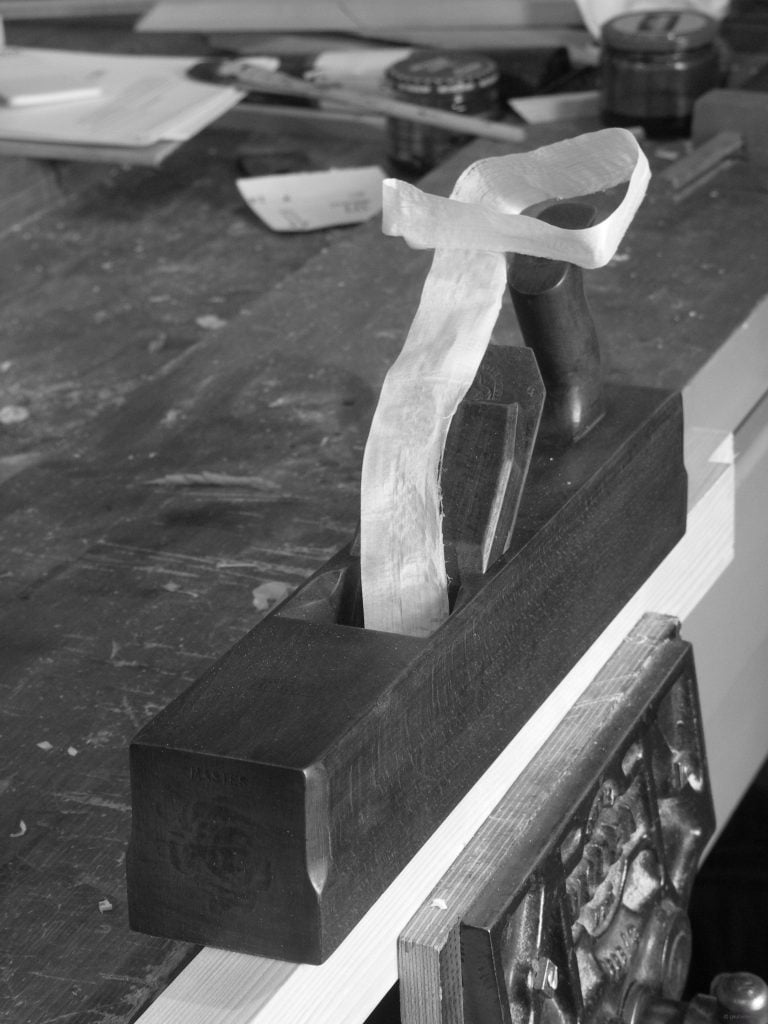 With regards to wooden planes and flatness. Longer planes made from cast metal, regardless of maker or metal type, do change as pressures are applied at the handles of the plane ‘fore and aft’. Most people don’t realise that this is the case when they use them and so don’t make any effort to compensate for these pressures. Another issue seldom if ever mentioned is that almost all planes are subjected to exchanges of temperature and and so all planes change all be it minutely. That’s partly the reason that sometimes you use a plane for jointing and find that two edges brought together have a hollow or a belly that keeps meeting edges apart. It’s a frustration, but it’s also quickly fixable and in two strokes a correction can be made. If a wooden plane isn’t dead straight on the other hand, they are harder to fix mid task of planing because they do not flex like the metal cast planes do.

I think the most enjoyable aspect of wooden planes in use is the lightness you feel as the plane glides across the wood being planed. this was what so countered Stanley Rule and Level when they introduced Leonard Bailey’s wonderful invention in the lat 1860’s and the reluctance of craftsmen to change from wooden planes to metal spanned about 40 years. I don’t believe that this was merely a reluctance to change so much as they loved the lightness and control they felt from using lightweight planes. They could not persuade the current day users to give up on their wooden planes and went through an exhaustive series of hybrid wood and steel models to transition the change. Introducing the altogether heavier model, The Bed Rock, worsened the condition and Stanley found that they could not sell this model that was touted the very best of planes. As industry took over woodworking as a whole and business substituted local making and skilled workmanship with machine-only mass-manufacturing methods of production, it was only a matter of time before Stanley succeeded in displacing the better wooden planes for their mass-made products. Their actual success if indeed it was success was relatively short lived compared to the lifetime of the wooden plane. The wooden plane spans half a millennia at least. In the shop of the craftsman, the Stanley plane as it is more generally known, was all but gone when I started using one in 1962. This was the time when the small machine claimed its stake on the smaller workshops of the closing years of the small workshop maker and at that time so-called hand-held power equipment became the Norm. The other Norm did nothing less either. He is heralded as the forerunning power behind power woodworking with his show This Old House. That seemed to pretty much seal a closing era for hand tools but then something shifted yet again. I think that two woodworking magazines stand out to me that helped to address the balance. Fine Woodworking and Popular Woodworking (and the former Woodworking before its sad demise) definitively tried to present greater balance by including more articles on hand methods of woodworking without removing the efficacy of the machine. This then stimulated a resurgence toward equally potent methods of working that surprisingly to most created a complementary strategy for us to enjoy today.

4 thoughts on “Question on Metal Versus Wooden planes”