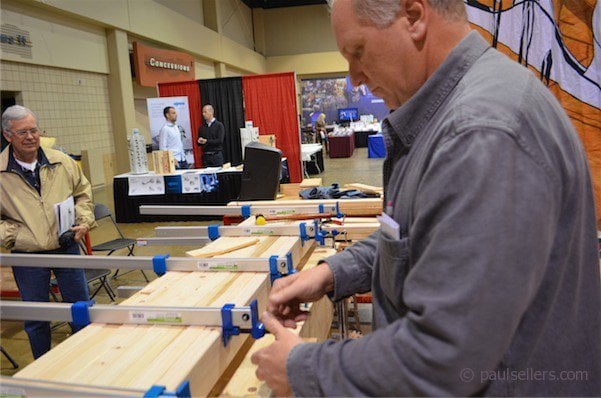 I have read on a couple of forums that people are concerned about modern-day 2×4’s as laminated tops. The concern is that they may warp or deteriorate in some way. One person thought that MDF might work better. Well, just to set things straight. Softwood 2×4’s will not twist or warp any more than hardwood 2×4’s will. In fact, the chances of them distorting more than hardwoods is less. A lot of this depends on the wood and whether it is dried properly and THEN stored in the dry or left long enough to acclimate roughly to the conditions it will live its life in when completed. After more than a hundred benches from both softwood and hardwood, 90% softwoods though, I can say that all benches will take on a surface ripple after about nine months to a year. 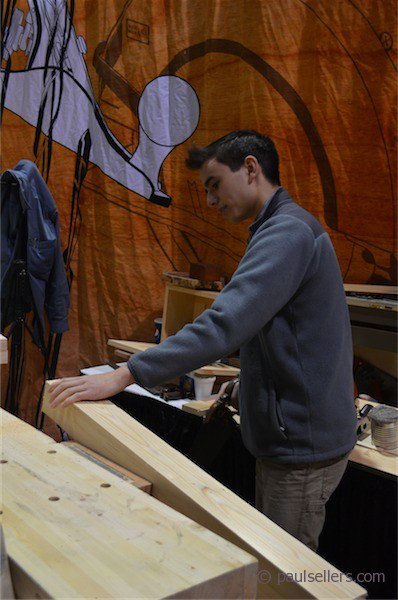 This can be reduced if you leave the top for a couple of months open to the controlled atmosphere too. Whatever you choose to do, surface skimming with a smoothing plane or jack plane should only be necessary the once, for the first and last time with a #5 or 5 1/2 then and it’s likely further surfacing will be only for cleanup for cosmetics. I think the significance of the wood’s moisture content is important but should not slow down the construction process as long as the wood is kiln dried (99% of store-bought wood is) and not left for days outdoors in the rain. By the time you have built the bench, everything will be ready for installing the bench tops. There will likely be some shrinkage no matter the hard or softwood consideration, but we allow for that in the methods of construction at different stages, so you will not have any problems.

It is worth noting that many European pines are harder than North American pines grown and sold in the USA. I have generally found the annual rings to be significantly tighter, perhaps three times more per inch and more and generally more consistent in hardness throughout. The same is true of other woods. In the US, companies like Home Depot use a generic term ‘whitewood’ that simply means they either don’t know or they have such variance day to day that they would be unable to change the labels fast enough to keep up. That said, I have made benches in the US from every species of softwood with not issues of serviceability. 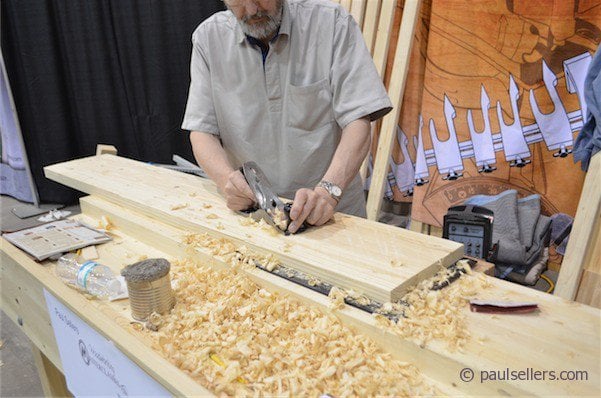 The methods we are using and the wood is very standard. Since building the bench on YouTube I have had emails from others stating they have old benches of similar size or style and they were all made from European softwoods such as pine, fir or spruce and so on. I personally saw 10 old woodworking benches here in the UK in a shop dating the late 1800’s that were all made from softwoods. They were not made from prime wood but were indeed all full of knots. They were still in full functioning condition. So, my suggestion is not to use MDF or any other engineered material. They look like what they are and they will not give you the support, flex, absorption and so on that real wood will. I suggest we leave the MDF for IKEA, Walmart and other companies that engineer built in obsolescence and waste.