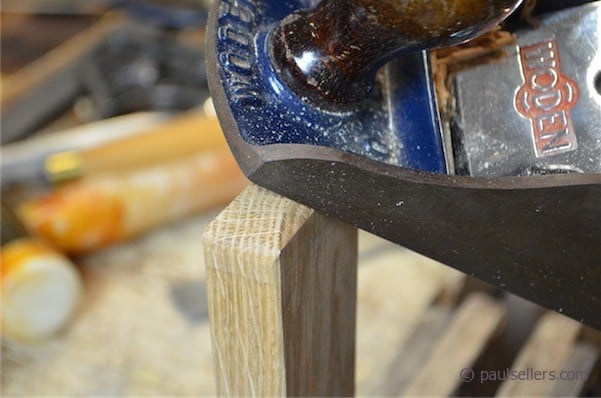 Last week I blogged on planes and the new choices we now see being developed month by month on multiple levels. Whereas at one time new planes were thought up and developed to take care of an emerging need; to say form rabbets and grooves or tooth surfaces for veneering as with toothing planes or special planes for making violin tops and backs, today we see replacements for what we once had rather than anything new. High standards of engineering, new or revised steel alloys, techniques and such things like that may have led to a better product and I like that idea I think. I also think that it’s admirable to see these applications advance what once existed. Whether that means the modern engineer is better then becomes questionable for it seems that he has more opportunity, being advantaged by two world wars and other wars in between, a century or more of research and development all of which pushed through by necessity standards of material, manufacturing methods for faster product, all of these things. I think that it’s admirable that this has happened and that some companies support their domestic economies. I also think that its very unfortunate that companies like Woodcraft and others went to Asia for their plane production. 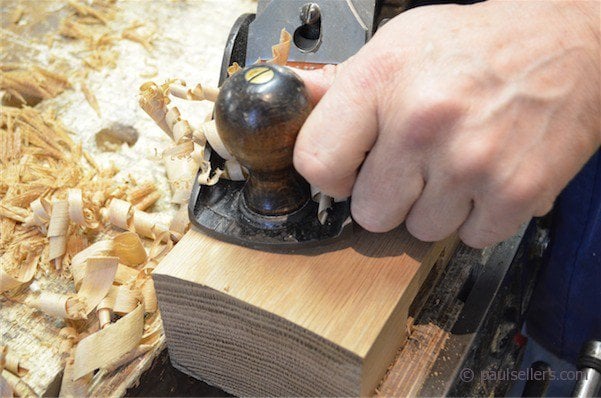 There is no doubt quantity and quality played a part in this and some excellent planes come from these climes. I already stated somewhere in past years that one of the best (but still heavy) engineered #4-type smoothing planes being made to the Bed Rock pattern (for some reason) is made in Asia. Did that mean there were no domestic makers in the USA? It’s a sad thing that inch by inch and yard by yard we not only lose the market, but so too the skilled workmanship that supports families and communities, work for young people and much more. 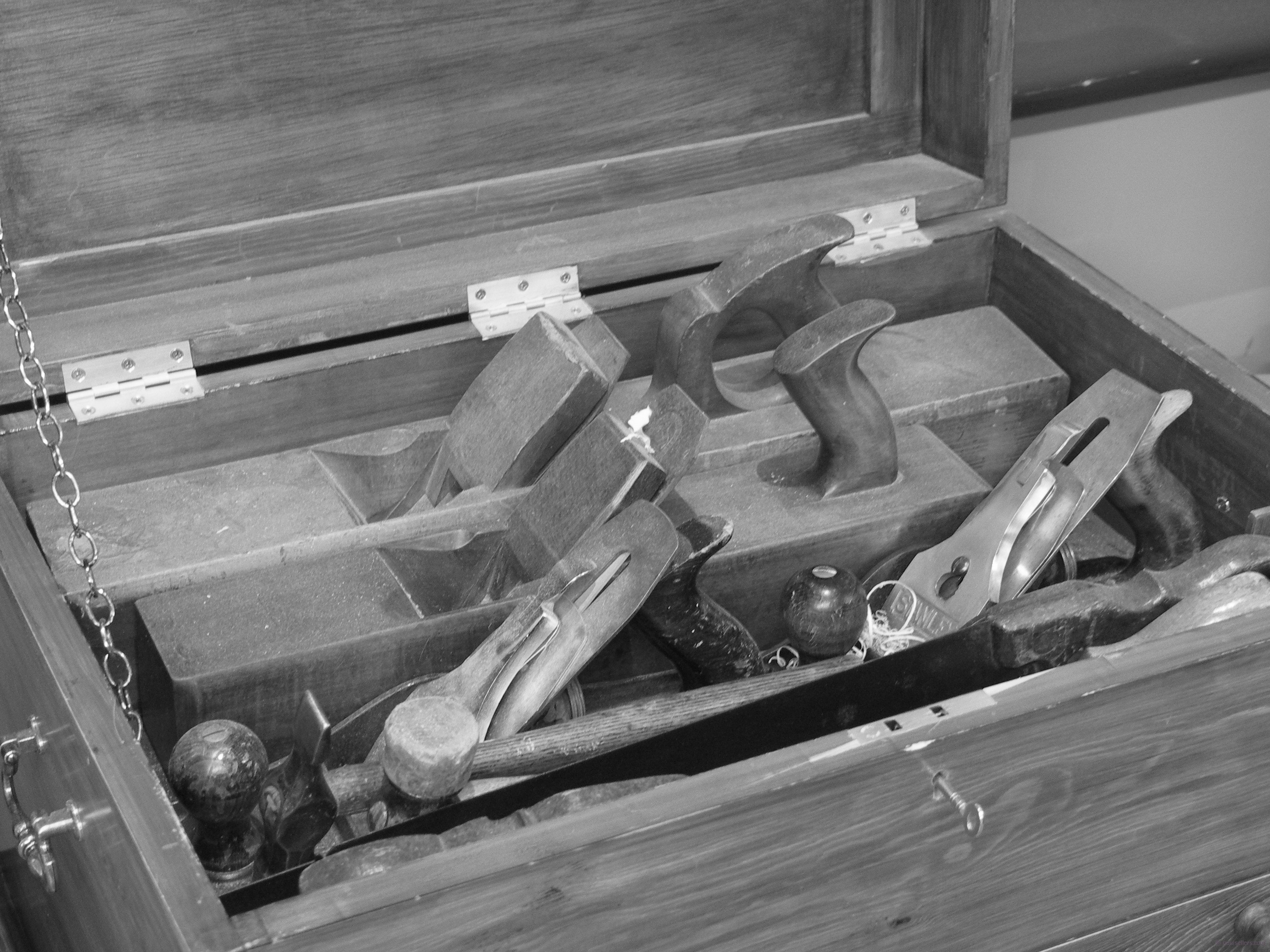 And it’ not just in plane making. Look at my previous blogs on the demise of Nicholson files we see plainly happening before our eyes. Soon they will be gone to because of the poor business choices they thought were good at the time. The Philadelphia Disston saw went to the Canadian Disston back in the 60’s and from there it went downhill as far as quality is concerned. They never had the heart of origin continue in their work. British saw makers too did the same. If I am right, and I think that I am, almost if not all British saws are made under different names by one maker using the same steel and handle patterns. Spear and Jackson, (in name only and not heart) manufacture their saws in Asia now. You see we lose the heart of companies, the men that worked them and made them work. We seem more and more to live in a world of industrial ephemera, nostalgic realms that have no power and our industrious nature that built so much seems now to quietly and passively slip away into antiquity and folk lore. That’s why I do so much respect companies that retain ideals that support the work of the craftsman. My lamenting the losses of the #4 Stanley reflect only the reality that it was and is so good a plane model. I would that some quality company would have recognised the real value of the #4 and #4 1/2 planes and made them to the original Bailey-pattern plane. Using the engineering standards we have in some of the planes being made, we would have a quality plane with lightweight punchiness and spunk. In my book, the #4 was one of the most perfect planes ever designed and developed and after fifty years of using every kind of plane out there it would be hard to persuade me differently. Actually, the Veritas small smoothing plane that’s bevel-up comes close, very,very close to a weight-to-task ratio plane I am more looking for. I use this plane only second to my Stanley #4 now and love it.
Now my Stanley planes retain their flatness for a season and need flattening because of wear AS DO ALL well-used planes regardless of the maker, age or whatever. Plane soles do not stay flat because when they are used they wear away parts through friction depending on the way they are used, what purpose, what woods they are used on and much more. Within one year of use any plane will need flattening if it’s used as much as I use them. For me that means I pick up a plane at least two to three hundred times a day and that’s six days a week and fifty weeks a year. Imagine using the same plane that much for the length of time I have used one. I mean nearly fifty years!!!
Planes were named according to task
I think that it’s important for us to remember that. As I said in my blog last time, planes had names identifying their function rather than the orientation of the cutting irons. Imagine the issues if all bullnose, shoulder planes and mitre planes had all been called bevel up planes, or so too spokeshaves as side-handled bevel-up or bevel-down planes. Bevel up and bevel down seems to be an issue and of course current trends seem as fashionable as clothing stores and toothpaste. Many planes were indeed rendered obsolete by machines such as chop saws because of course you can dial in the angle you want and create a perfect cut needing no further refinement.
I would never use bevel up shoulder plane for shoulder refinement because they are in general no longer unnecessary for that task. Why? Well, these planes were used primarily to perfect the shoulders of tenons on wide bottom and mid rails on doors. As we no longer make doors with long and wide shoulders as was the case in the pre aluminium and plastic era, the shoulder plane became, in general, extinct. Hence they have been missing from joiner’s tool boxes for almost a century now . Every bank and store entryway had fine doors with bottom rails 12″ wide and more. That’s what these planes were best used for. Does that render the planes obsolete. Not at all. These bevel up shoulder planes are good for surface planing tenon faces too, and also the bottoms of wide and narrow dadoes and other such tasks. Fact is, I am never likely to use them as shoulder planes these days. On the other hand, few planes match the shoulder plane for taking shavings for fitting tenons and especially is this so in the final throes where a thou or two makes for perfection. Perhaps we should call them ‘cheek’ planes.
You see the tasks of many planes have changed drastically because even in home domestic workshops we own industrial quality machines and we now use and rely on them to dimension and prepare wood dead straight and true or we can buy it close to that. If someone said there was a need for a #7 plane as a general use plane I would counter that in today’s plane world. This plane has become more a preference than a necessity for most had tool woodworkers. We can talk more on this but I suspect we are exhausting the need.