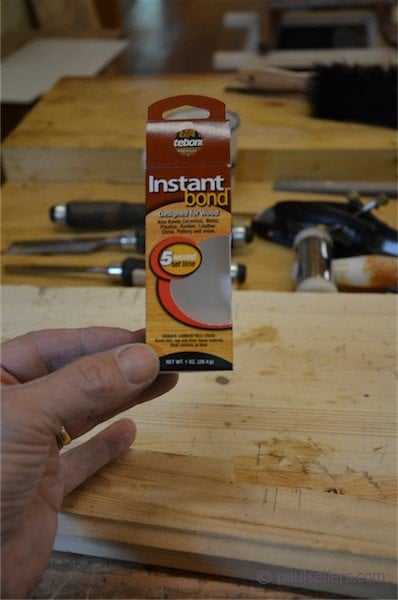 We use CA glue for minor fixes occasionally throughout the day (the fine is $10 a shot, which increases with multiple use and depending on how desperate 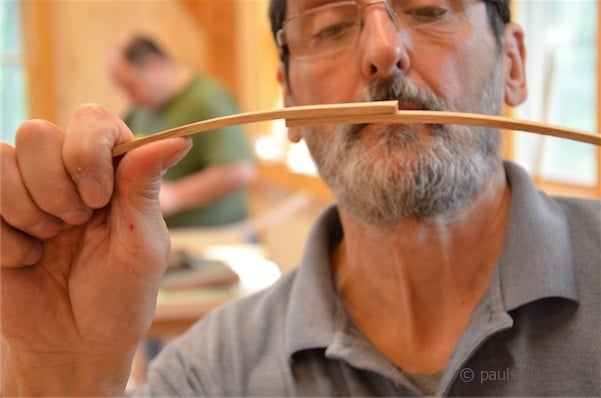 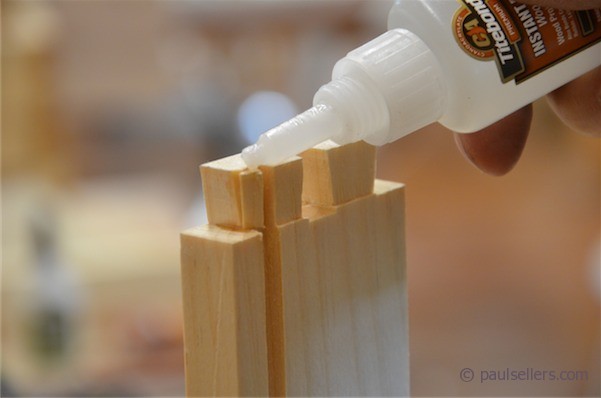 the student is) and of course measure for measure the stuff can be liquid gold. There is no doubt that it’s handy stuff for invisible mends and when used with an activator it’s instant. I read on the packet that this product from Titebond is a 5 second set so I thought I would see if “it does what it says on the can.” Three different woods, oak, pine and rosewood exposed a delinquency in the claim by its makers. On pine it took well over 3 minutes following the instructions to the letter. Oak was a little shorter and rosewood about the same. I resorted to using their activator on some tests but felt disappointed not because I needed the speed, but because of the claim on the box.

On the other hand, my none-activator tests gave remarkable results when it came to strength tests. Quite unexpected really. Here I am bending two face bonded pieces using one dab of the glue, which did spread out through wicking and then vise clamping. Something else I found was that the glue held when the wood itself gave way, which is not typical of other CA glues. Pine and oak did this, not the rosewood.

This glue is handy for a wide range of tight, small work. I use it for temporary fixes when I am carving or creating inlays. On some work it can be used as a permanent adhesive in place of PVA. The makers give a 2-year shelf life if you keep it cool and dry.

1 thought on “TightBond CA glue strong, but not sure if it makes the 5-second set claim”