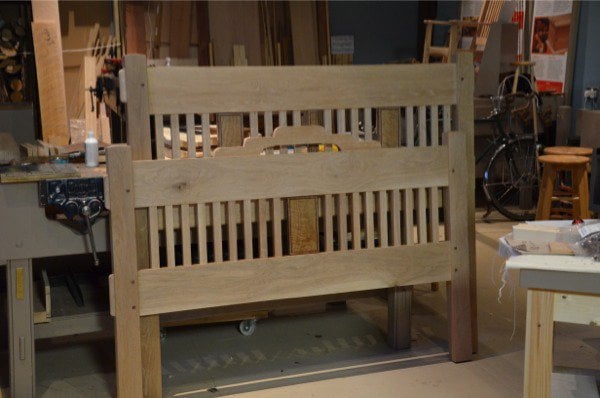 My head and footboard look good as a pair at last and tomorrow the cloudlifts will complete them. It was interesting as I worked yesterday, working through the the final finessing and clean up, putting my tools up and sharpening them for the close-out, sweeping off the bench for what I calculate conservatively is the 35,000th time (if I do it twice a day, which I usually do) I felt that very unique sense of fulfilment I always enjoy when I progress the closing hours of a job like this. I can’t explain it and don’t want to try. You feel it, we all feel it at different times. 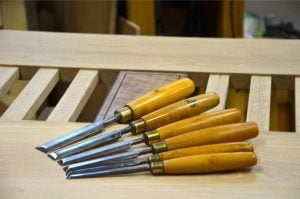 The restored part recaptured all lost effort from the other day and I was able to move reflectively in preparation for more French polishing of the outer faces. Soon I will install the ironware for the side rails and then the boards to support the box spring and mattress. 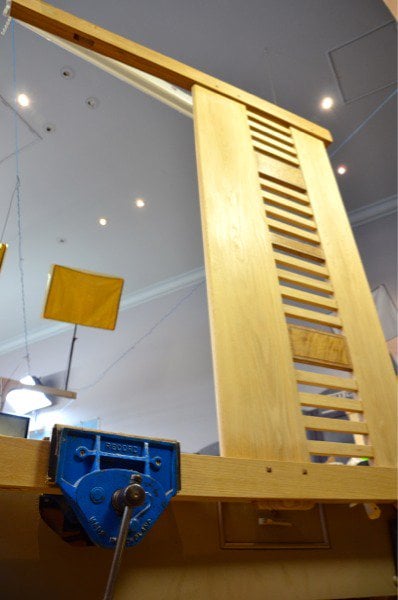 I received a series of successive emails about older Record vises. Questions on their worth. How to repair them if not functioning. Things like that. I say older because the modern-day counterparts manufactured for Irwin Record are not the same vise, not made in Sheffield or England and not, therefore, the same product as those older models from the pre-Irwin era I am recommending Record vises are good from.

There are several Record vises made that are just excellent vises. The quick release ones are the most practical, but even the ones that are not quick release are fast because the thread pattern is faster and you can spin many revolutions with a simple and quick flick of the wrist. Someone earlier this year wrote that, and I quote: “quick-release vises don’t hold much of anything” and of course I countered this at the time because it simply wasn’t anywhere near the truth. Here is a good picture that is holding the heavy headboard that takes every ounce of my strength to lift bodily 2” from the floor. 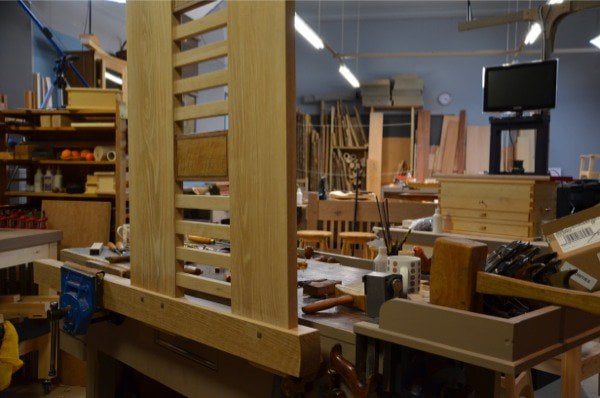 Notice that it is suspended by one leg and, most importantly, that it’s not centred anywhere near the centre of the vise either. The quick-release vise is holding over 200lbs with no cantilever countering any weight and I did not cinch the vise up to anywhere near maximum pressure at all. So, contrary to what was said, Record quick-release vises, along with Jorgensen and many many others, grip like nothing else. More on this later.

It has always been hard to beat the English Record vises of pre-millennia models in my book. I like heavy vises because they are designed to wrestle wood in and indeed, contrary to what many today say, chop mortises in. As a boy I never saw joiners chop mortises on the bench top but always in the vise. Record and other makes are regularly available on eBay if you don’t mind that less than perfect look of an older vise and the extra shipping prices. I know this may not help our US fraternity too much but they do come up there too and they also have excellent US makes. Paying a $100-150 for a secondhand lifetime vise is not too much either. A small price to pay.

6 thoughts on “Making My Bed & QR Vises With Grip”