Just wondering what your thoughts are on no 7 Jointer planes? I’m considering getting one, and cannot quite afford the price of the Veritas model. However I have seen a few of the Quangsheng jointers which look very good.

Do you have any other recommendations? 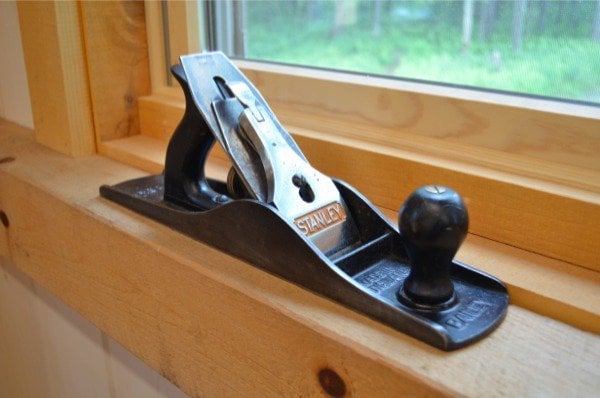 Some of you will have gathered by now that I collect certain types of Bailey-pattern planes to use in my daily work. These planes are faithful to the Bailey pattern and as far as I know the only modern-day maker that has invented anything in cast metal plane making is of course Veritas of Canada. All the other makers for some reason copied the Bed Rock bench planes developed originally by Stanley in the USA in the late 1800’s and some of their other planes besides. The present-day Bed Rock copies made by Lie Nielsen, Clifton, Woodriver, Quangsheng, Juuma and so on are very much the same as the old Stanley models but they are all beefier and made to excellent engineering standards. It would be hard to pick one over another but the question above is asking what I feel about long planes like the #7 Stanley or Record.

First off I think that it is true that all plane soles move with exchanges of temperature and, so, because atmospheric conditions constantly change from day to day and hour to hour, the soles of planes do shift in greater or lesser measure from time to time. Because I have rarely found longer planes to stay dead flat (and dead flat is relative) I tend to prefer shorter planes such as the #5 and 5 1/2 or a #6. I can do everything I need with these extended length planes. That said, I have longer planes all the way up to the #8‘s. Mostly because I found them for a bargain. 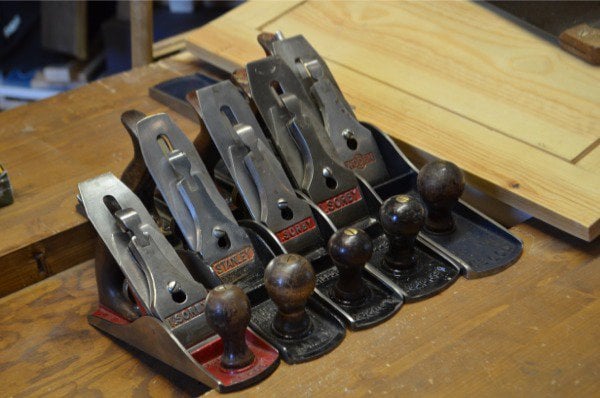 Recently I found a Woden #6 plane on eBay and would have bid a hundred plus for it had I needed to. As it happens I was the only bidder and paid the princely sum of £6.50 plus shipping of £9.00 for it. This completed my collection. I think the reason it went for so little is that it looked like a misspelled word and ended up in a different category, but I don’t know that. Anyway I love these planes and that means the price will go up as of this post. Though most if not all modern makers have adopted the Bed Rock planes as standard production copies, the were actually rejected by craftsmen at their inception in the late 1800’s. Perhaps it was over engineering and perhaps it was added weight. There are other considerations, perhaps the Bailey patterns worked just fine, but we will never really know. I have owned three Bed Rock planes and never really reached for them because it wasn’t the shaving I was making but a piece of furniture or joinery. 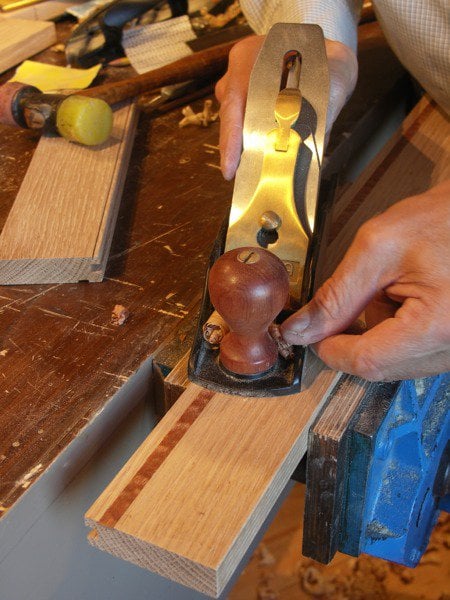 Keeping things in balance is always important.The longer planes do have a place at the bench and I would not be without the #6, 7 and 8 planes I own, but I never really use the #7 and 8 planes for flattening or straightening because they are rarely truly straight. I also have to say that even though better quality planes are more rigid in the sole, I haven’t found them to be consistently true because of changes in the steel caused by different elements that markedly affect them. These differences can be sole-hollow, sole-round and sole-twisted. Any one of these elements will result in a twist, hollow or round in the wood. That said, they are often straight enough and can still usually be flexed mid-stroke if necessary. On the other hand I have found that wooden-bodied beech planes give the most consistent resistance to change and to flex in use.

I still use my very faithful Stanley and Record planes without retrofitting them with thicker irons and they work exceptionally well. There is nothing wrong with retrofitting if you like the idea of thicker, harder steels and the added work it takes to sharpen them. I certainly have never found much beneficial difference and so wouldn’t do that or advise anyone else to do it either. This is my personal view. We can always improve what’s available and indeed some engineers have improved some aspects of the tools woodworkers use.

In answer to Tom’s question. Buy a #5 and a 5 1/2 first. Use them for a few months and see how they feel and whether they d what you want. The look for a the bargain #6, 7 and 8. I think you will do the same as me. Long metal planes are very unwieldy and flex very easily. They can also be difficult to balance on the edges of narrower wood. You must learn to be sensitive in using them. That will be fun!