To go from very long planes to very short ones: I don’t think I’ve ever heard you mention a block plane. A cabinetmaker I know uses one as his first recourse, not just for trimming endgrain but for smoothing and shaping and a host of other things, in rather the same way as I think you favour your smoothing planes. Do you ever find yourself reaching for a block plane? 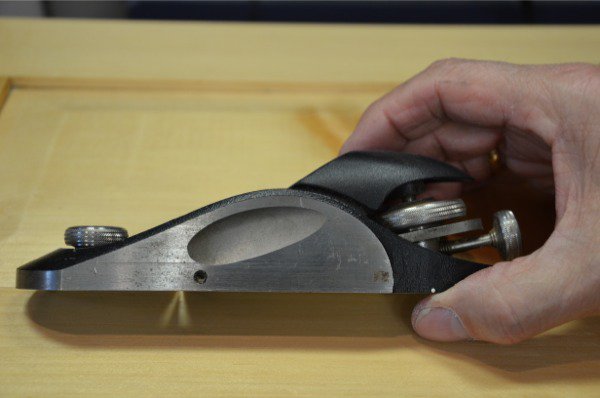 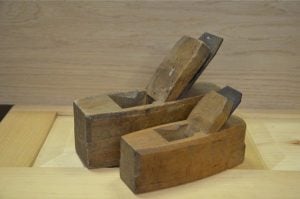 Firstly lets separate the two types of block planes. Shorter wooden planes were called block planes and indeed they were made from blocks of beech and looked small and blocky. They were used for smoothing and trimming and planing endgrain too. Metal block planes came in with metal cast bodies and and wooden stuffings and were used in specialist work such as instrument making and fine furniture work. Then, through Stanley USA, came the block plane we know and love today. 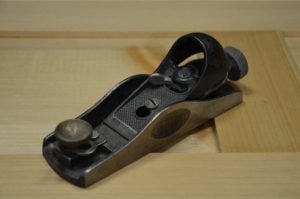 The quality of these planes deteriorated through the two world wars and of course ‘progress’. This left the void into which modern makers jumped and began making models along similar lines. The older Stanley’s had nice brass adjusters and were well made. Indeed they are still available via secondhand markets today and are available at good prices. This one is a low-angle block plane known by its number as the 60 1/2. 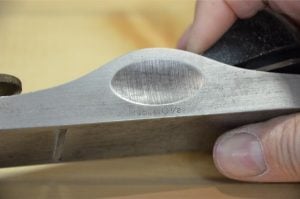 As soon as I say they have limited use value I get a tirade from users around the world defending these little wonders as indispensable and I can see that in some limited sphere they are invaluable. All too often these planes are bought by well-doers who liked the cuteness of them and there is a place for cute too. In reality here are some facts. Block planes are often referred to as low angle-planes which means they are bedded at a lower angle than say a normal bench plane. But bedding them at even 12-degrees doesn’t alter the angle of the top side of the cutting edge at any noticeable difference because combining a 30-degree bevel presents the combined cutting edge at 42-degrees, only 2 to 3-degrees different than the bevel down bench plane presentation. The lines on the side of the plane will help show what I mean. 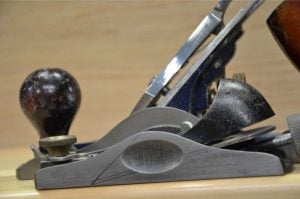 The presentation on the higher bed angles on other more commonly used block planes was in fact to present the cutting edge at a higher angle so that awkward and end grain could be better tackled. The problem here is that often the block plane is too small and whatever a block plane is supposed to do can be better achieved with a regular #4 smoother that planes end grain perfectly, is easier to control and keep square to the work and is more comfortable in the hand. 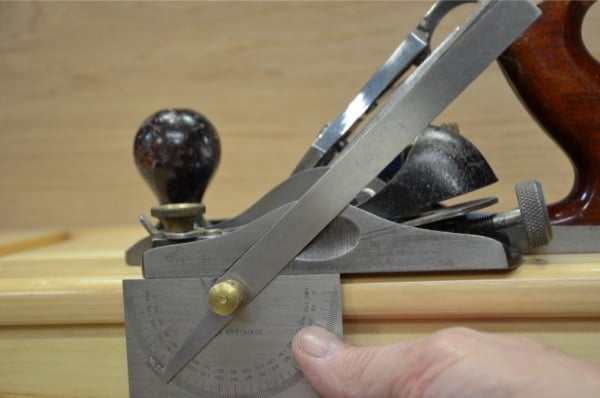 Comparing the block plane alongside the smoothing plane you can see the contrast of angles is minimal and hardly worth the difference but there is some difference in that the lowered angle absorbs pressure into the length of the blade and thereby you do get less possibility of flex as the blade is more inline with the direction of pressure.

As you point out, your cabinet maker friend uses them for everything. I find it a little hard to believe anyone would use this plane type for smoothing and especially for smoothing long grain surfaces for which they are particularly bad not good.

I find block planes handy to have. I can work and live quite happily without them and if I never saw another in my life it would be OK. On some small work I find them better than the larger bench planes. I like the singlehanded use for removing the arris, trimming on shooting boards and such like that. I keep the Veritas apron plane on or near my bench and have found it tackles every block plane task perfectly. 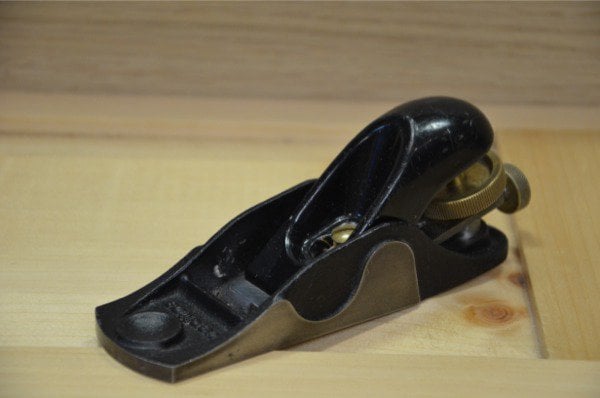 I do pull them out from time to time and feel glad that I have them. When all is said and done a #4 plane by any good maker will do most of the work a block plane will do. I know, I just reduced the chance of a stocking filler, but I never liked plane socks either. I think they’re silly.