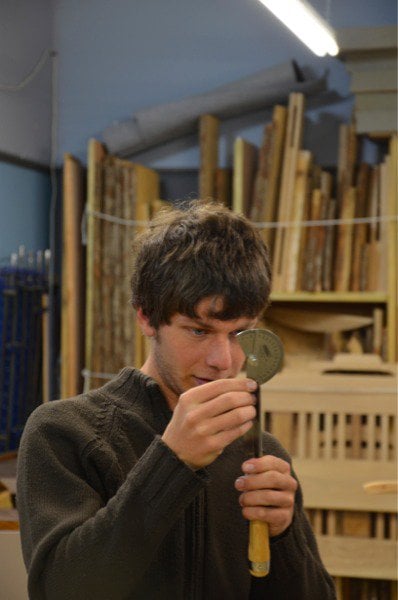 Those of you who go back a couple of years will remember John Winter who apprenticed for a year with me in 2010. He lives in the southern part of Argentina in Patagonia where his family is from. John arrived back here on Thursday for three months of intensive making and learning about business and will be working with us on different fronts as part of his continued craft training. Yesterday he was keen to be back in the shop, grabbed a set of tools and started fettling them to his liking. It’s a good time for him to be here because summer just started in Patagonia and it gets hot there. The rains and winds of North Wales greeted him. 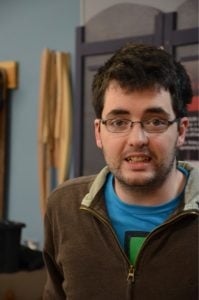 Yesterday we were all together filming the almost completed series on building Shaker-inspired bookcases. I cannot say why, but I have enjoyed this series more then any other. I think perhaps it’s the size of the parts – much less fiddly than the ones we have built so far. I think too that bookcases have a certain simplicity about them that defies the increasingly complex life most of us live in. I think of it this way; the pine cone I picked up from a cluster of others seemed so simple. I mean, how complex can a pine cone be? But just like the pine cone I pictured a couple of days ago seemed so, well, ordinary when it was lying on the ground with a dozen or so more, it was only when I took time to look inside that I became suddenly stunned by the immeasurable beauty and a complexity I could never fathom the depth of. 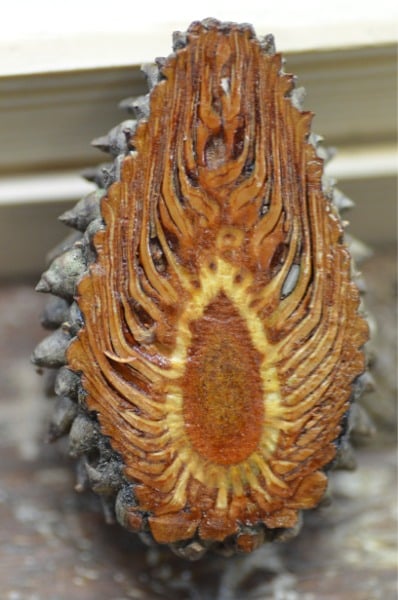 I will never see pine or fir cones the same way again. It is very humbling to come to the conclusive reality, and I choose these two words carefully, that you cannot make a pine cone. You cannot even come close to it. How amazingly humbling is that. 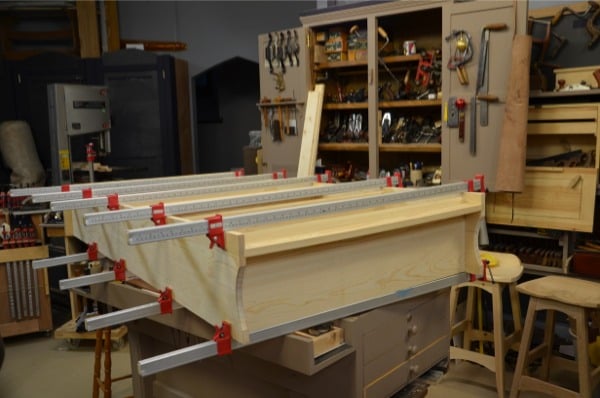 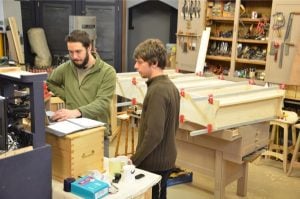 So this coming week we have a couple of things happening as we conclude the bookcase. We will be painting the bookcase and the pine workbench stool using milk paint so I will be showing the whole process as I work the two. I will also be finishing the oak version of the workbench stool I made so that all the pieces are completely finished. John Winter will be starting his first project of the ten or so he will be building over the next three months. Phil will be managing things as he always does and of course developing the upcoming masterclass films. But he too will be building and making alongside John. In two weeks we have another friend coming in from London for 9 days intensive and he will join John as they build the tool chest we built on Woodworking Masterclasses last year. Matt came to our classes two years ago now and loved the whole idea of becoming a woodworker and furniture maker so this will give us all time to evaluate his chosen path and see what we can do to get him as far along as possible.

I know that there are many of you out there hovering in the wings, that want to do what Matt and John are doing. I haven’t forgotten you too. I am hoping that what we do through woodworkingmasterclasses is alleviating some of the frustration for you and providing something of an answer to our modern-day demise in apprenticing. I feel so frustrated here in Britain, Europe and in the USA when I hear politicians saying they are revitalizing industry, starting apprenticeships and bringing home jobs when not one of them is at all accountable for selling off the jobs in the first place. I wish just one of these people, just one, that are so confident with the lives of working men and women would just stand up and be counted; that they would at least apologize for their personal input in selling out young people. The pine cone says it all for me. What we see on the outside has no comparison to what’s going on on the inside. 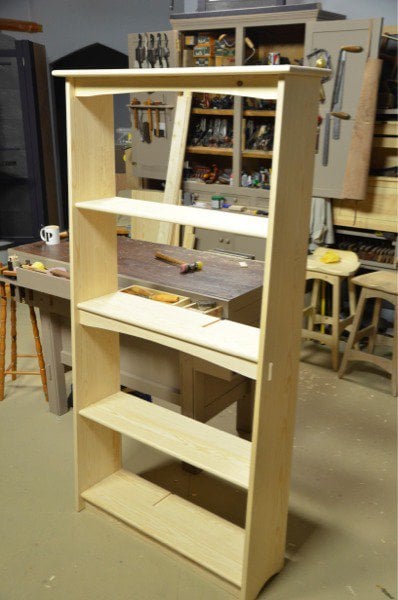 Our next nine day foundational course starts on the 15th February. This has proven to be our most successful course in woodworking outside of our month-long intensive. This year we will not be offering a month long course. If you are considering a nine-day workshop, please sign up as soon as you can. Throughout this year we will only be offering 40 places for students to occupy whereas last year we offered three times as many places. The demands for our work increases each year but we feel excited that we are o the right track. One thing for me that has become more difficult is answering emails and questions. Three years ago I had maybe three emails a week. Now we have hundreds coming in and that takes much time and extra staff to resolve and of course the questions are very specialized so not everyone can answer them.

he thing that makes all of this doable and happen is always YOU! That’s why I do what I do!

← The Woodworking Shows Show Season is Up and Running Again!On Plough Planes and Ploughing – Just Thoughts →