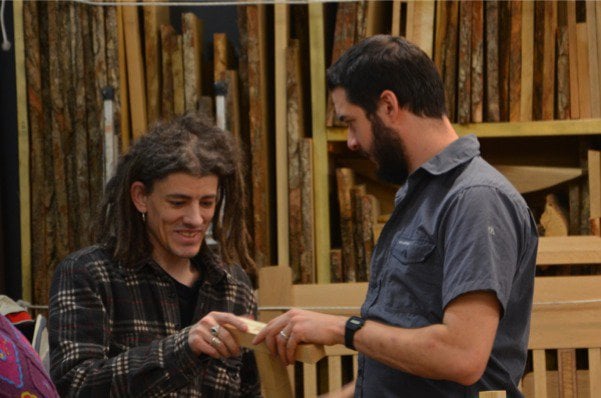 It’s more toward the end of the class that smiles start and faces show more relaxedness – in the last hour or two mostly. Why that is is often hard to explain, but I think, in a nutshell, it’s because we are a little uncertain of ourselves. We want to do well because it proves somehow a state or condition of success. I look beyond that as we work through the class because I know that skill is not some happenstance thing established with those who just happen to be fortunate, but by paying something that goes far beyond having money to pay. It’s that something of depth that says I want this to be hard. I want something that makes what I get out of it worth having. As rock climber climbing different grades I wanted the climbs to get harder as I became more accomplished. Something that demanded stamina and strength. Why is becoming a crafting artisan any different? 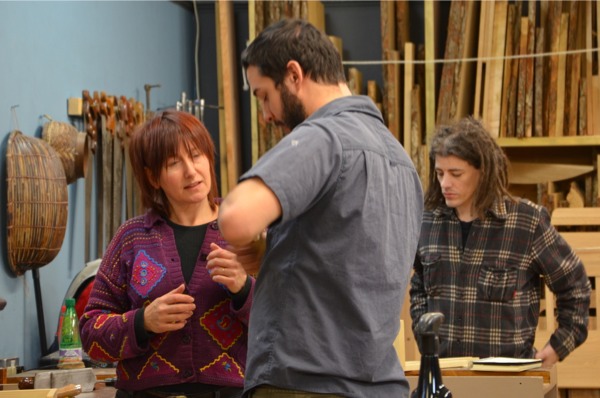 Had we used some kind of dovetail jig and a router we would have fell so short of what we gained from hand cutting four imperfect dovetail joints. We would never have used a chisel or a knife, a mallet and a plane. The square would remain in its box and so too the undeveloped skill beside it. Why postpone skill when in a few hours you can feel rewards that last? If left dormant they may never ever be developed, never used, never seen.

This past two days had meaning and depth as much for me as for everyone here at the school. There’s a substance, deep substance, to understanding that comes inside from hands-on work at the bench that should never be undervalued when you first start out and that’s why we hold our classes. It undergirds working with knowledge that dispels the myths and mysteries to give new freedom to woodworkers starting out. 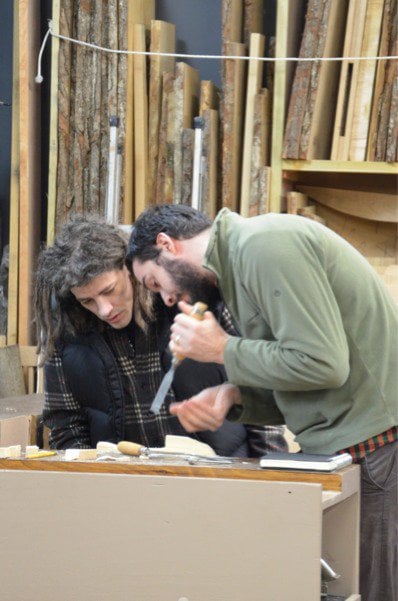 It takes something to take time off work to come, jump on a train and travel, stay in a hotel and pay for a class. At the end of two days determination they seemed somehow triumphant, happy and contented. They were inspired, encouraged and full of hope. What more could any man ask for at the end of is working day? 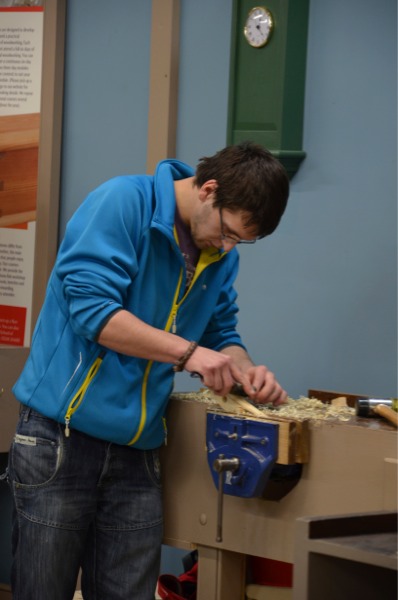 I worked on different things myself as a demonstrated and watched the work in hand at each of the benches. Spatulas and burger flippers from a split limb of firewood, a bookcase for the next online broadcast series. Working keeps my hands busy the whole time of class and never do they stop except for when I need more images for my work and my drawings. I looked back on my favourite images above from today and yesterday and remembered my own apprentice training. I wish it could have been more like this than what I had in some ways but then would I be able to pass on the skills and train the way I do or would I lose out by hiring in experts to do what I love to do the most?

Anyway, this day, these past two days were wonderful for me. It’s hard to describe and my words fall so far short when I see the intenseness on the faces of the people who came. Yes I feel intense from time to time, I worry, keep focussed, never fully rest, but then I capture moments in a brief glimpse of what’s inside newfound friends.