Some  of you asked me about these, whether they worked for sharpening. 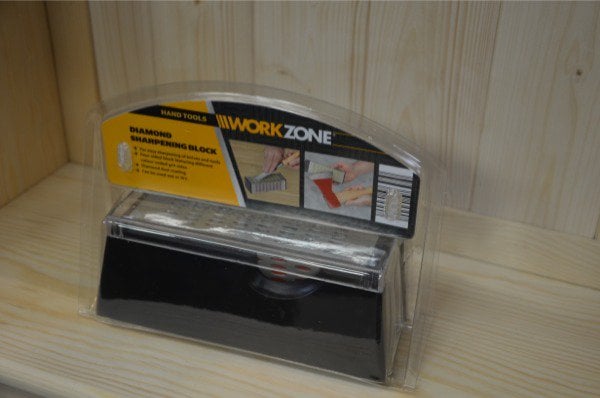 I bought one to try it out and I was surprised that it works quite well as a simple system for sharpening or abrading tools. I have seen similar flip-face systems for several years and they seem quite practical if not a little cumbersome. Aldi had this one made under their Workzone brand name. It works for coarse cutting quite well. I don’t know that they would work close enough to get to a fully developed edge because they stop at 600-grit, which would be a general carpentry level so for finer tools you’ll need some additional plates or stones. 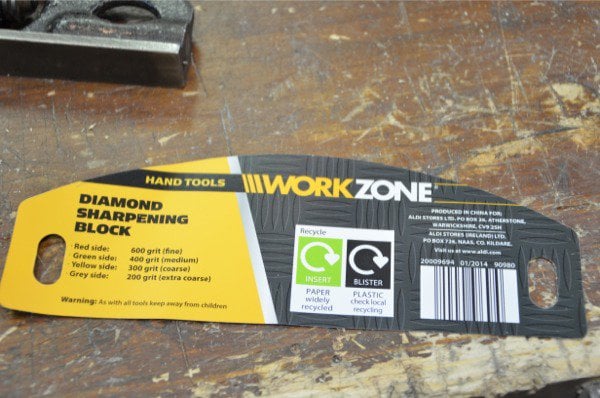 Here is the thing though, I chose not to dismiss it out of hand because it actually works for some things and if you are indeed on a tight budget this system will get you a working edge for around £6. The abrasive at 200-grit is very aggressive and seems much more aggressive than say the EZE-Lap 250.  And in sharpening an old and misused 1″ junker of a chisel I did discover a couple of deep scratches that showed an added oversized particle was in the mix of diamond particles, but that did break off to level and after that it was fine. I flattened a misshapen back to a flatness that made the chisel a working chisel. 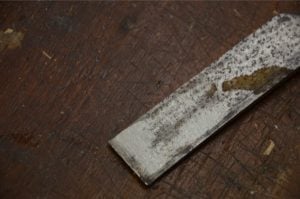 By the time I had gone through the four grits of 200, 300, 400 and 600 the chisel was acceptably flat, and restoring the bevel to the same level gave me a cutting edge. 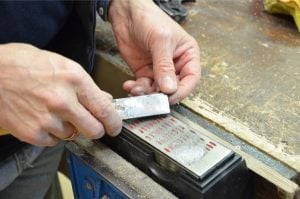 After stropping to 15,000 and polishing the striation marks, the chisel worked well enough to get me working but I still felt it lacking for fine work. 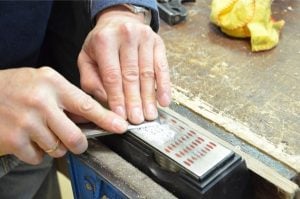 You can keep 10mm of water in the bath itself and rotate the block to remove swarf and expose fresh particulate during the sharpening steps. I found it best to spray the surface I was on with my preferred auto-glass cleaner from PoundStretcher. This is the best lapping or honing fluid I have found so far so I keep using it. 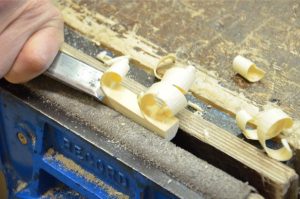 Because of the block, and my height of bench, I found the honing height to high and so I put it into the vise. This seemed to work fine and nothing got crunched, but it is a hard plastic unit so I think that is questionable too.

I felt this would be a useful abrasive around the shop for some things such as sharpening an axe, roughing work on bevels, rough carpentry tools, garden shears and kitchen knives I think that they are fine. Restoring the chisel did work and I did get an acceptably good edge and flattened the back face fine. I cannot tell what it’s longevity will be. Rather than not have a sharpening stone I would definitely use one of these. They will make a stepping stone to more refined work and longer lasting plates. For plane irons too they will get you there quite effectively, but once you have refined your back face and bevel you might question whether the coarser plate is what you really want to go to. A real flaw I found was that the size of the elliptical holes. They were too big for small chisels as they tended to rock as I moved the tool edge back and forth. 3/4″ and 1″ were OK and I am sure I could have made it work for smaller ones, but unlike the more expensive perforated plates with plastic support, the plastic on these plates is not flush with the diamond surface.

I will keep this around to see how I feel after a week or so. I definitely don’t get the same confidence I had with the Aldi chisels so I cannot say go for it.