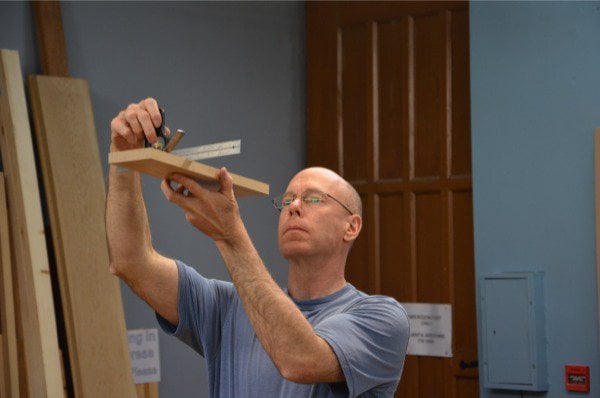 Jointing the edges for the tabletop using a low angle jointer is a new experience but soon the tabletops were glued up and ready for the last day of the table class tomorrow. Fitting the joints and seating the shoulder lines become a surgical operation. Eventually they fit and fit perfectly and all the tenons fit snugly into the mortises too. The clamps close off the union and the internal mitres never seen sit side by side. Shaping the arches and the legs begins next. I watch from my corner as I work my own work, three bookcases and a fourth one on the way parallel the video series we started launching. I want other options for people to build. 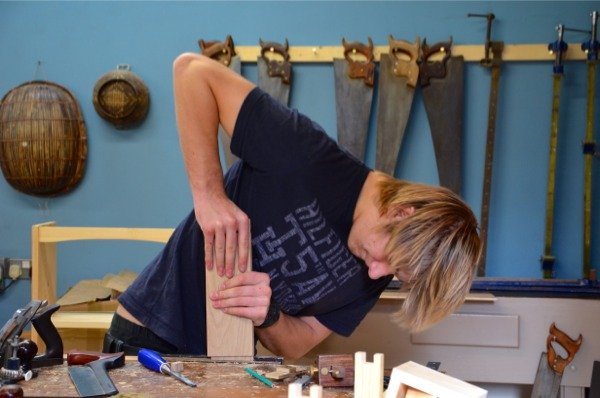 Tomorrow is the final day of class. Though there is still much to do. the tables will be done by tomorrow at five.

Meanwhile I bought two old 14” tenon saws for their handles, plate and brass backs on eBay. The plates on both were bad, I mean bad, but I knew that when I bought them. I really liked them for their age and the quality of what was in these very ‘vintage’ saws.

It’s all very well straightening a saw with a steady curve along the plate or blade. I quick, positive whack on the full length of the spline on the bench top almost always corrects the problem. Failing that, hold the saw by the handle upside down and a few taps with a hammer can usually straighten out unwanted curves and buckles. What you cannot do is tap or whack the spline to take out kinks where the steel plate has been physically kinked by someone standing on the plate while elevated or dropping something angular and heavy on it. This is much more problematic.

Kinked plates are sometimes brought into the shop to see if there is any remedy that can restore it. Whereas some may occasionally seem worthy of consideration, others make you shake your head. I think these two saws were beyond most of the work I have in mind, but it takes only a few minutes to see if you can indeed restore a plate. 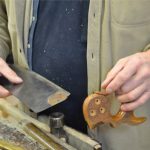 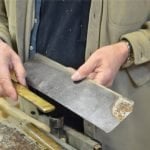 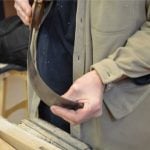 Bad bends the same. Because the steel is indeed spring steel, you may have to really bend the saw hard to restore a flat plate. 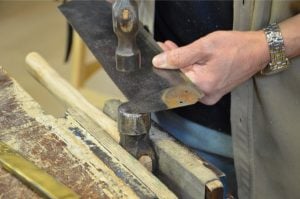 One of my saw plates was too badly bent in multiple directions to restore so I removed all set by hammering the teeth between two hammer faces and reversed the teeth and the top and sank the tooth side into the brass spline. I will recut the new teeth tomorrow. This worked until I saw a split in the plate right beneath the spline. I removed the plate once more, cut off 1/4” and restored it to the spline once more. Part of the restoration process was to planish the plate adjacent to the kinks. This took out the kinks and left me with a slightly dished plate. I then worked the plate gradually until it was flat. When the plate was returned to spline there was a very slight curve along the length. Only a fraction of what was before and so slight it makes no noticeable difference to the saws functionality at all. 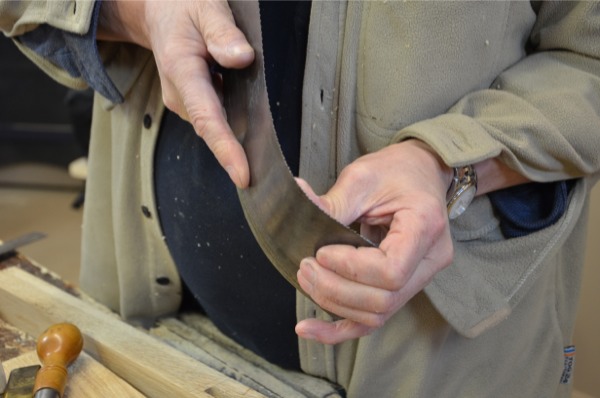 Restoring the plate into the slit of the spline when the spline is closed requires care not to buckle the plate and so cause another different kind of kink. I’ve seen this happen too. Start at one end, the end with the handle is best, and work carefully along the full length. It’s necessary or advisable to bottom out the plate against the back of folded spline. The straightness of the plate of this type of tenon saw relies on the brass (or steel if a steel backed saw) spline ‘pinching’ the saw plate all along its contact line. 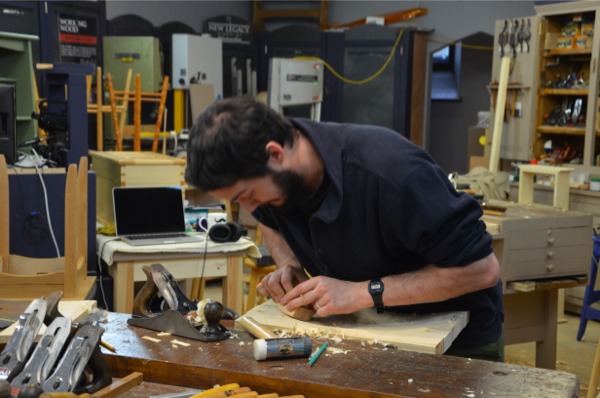 Phil finally glued up his workbench stool and started refining the final shape of his seat. John is almost done with the drawer making to his tool chest that will become my shop camera box apparently. I need somewhere to dump my camera quickly and safely throughout the workday. Cameras and dust, bumps, knocks and slips don’t do to well.

4 thoughts on “A Working Class Action”