Penrhyn Castle opens to the public for its 2014 season 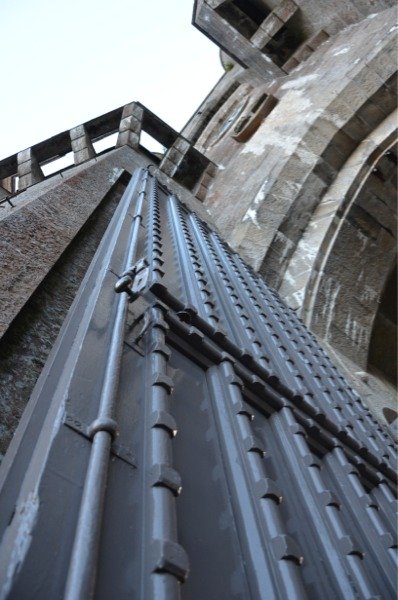 This weekend was the busiest in several months as Penrhyn Castle opens up its massive gates to the new 2014 season. Our Spring break makes everywhere full of children, parents and grandparents and the first openings of bright daffodils tinge the grassy slopes to castle with yellow tips. In two weeks these slopes and beyond Penrhyn Castle will be ablaze with golden yellow and I will tramp the woods to find new growth, fresh changes other wildlife there as the season of spring unfolds yet again.

These are the bluebells everyone loves so much. They’re not out for another month or two but when they are you just stop and stare 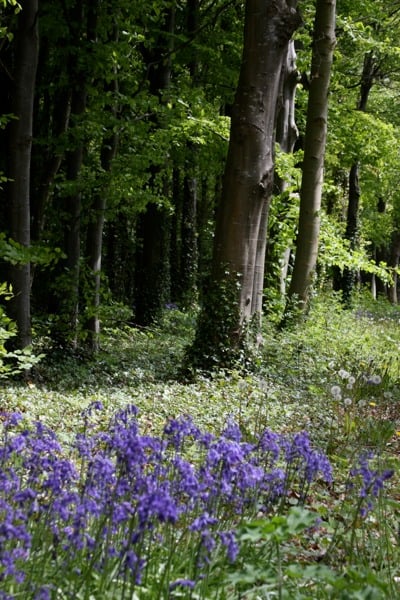 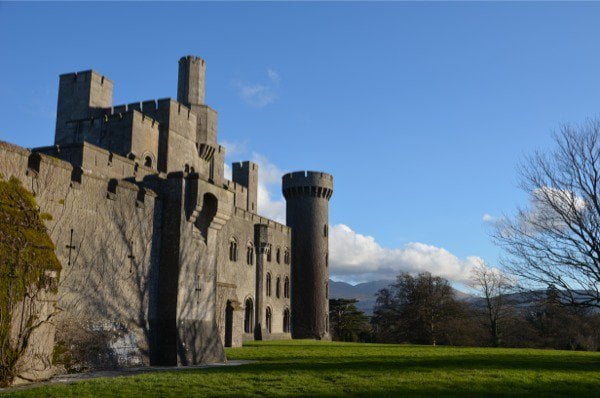 The National Trust is mandated to protect entrusted properties for the benefit of the public and for conservation and goes to great extremes on both fronts to make the properties accessible to the public. Penrhyn Castle makes its own declaration of a personal wealth steeped in local and international history as it stands sentinel over the Menai Straits and the open seas beyond. Of course it’s past bears no resemblance on life surrounding the castle today. Talking with one of the surviving Pennant family members who’s family once lived in the castle, I was told that at one time, when the castle had a skeleton staff in the opening decade of 1900’s, the castle had 86 full- and part-time staff to take care of a family of four people living in the castle. The surrounding farmland as far as the eye can see in any direction just about was owned by the Pennant family and the surrounding land beyond the castle walls was leased out with the many dozens of farm housings and buildings to tenant farmers. The accomplishment was quite remarkable. Add to all of that the industry of quarrying, railway systems, docks and shipping and you see why they say the quarries of Dinorwic “Roofed the World.” that surrounded it http://en.wikipedia.org/wiki/Dinorwic_Quarry and you see an industrious world that created the wealth and the separation betwixt the worker and the wealthy.

Tree-hugging? No, just checking the girth of this gigantic Chestnut tree 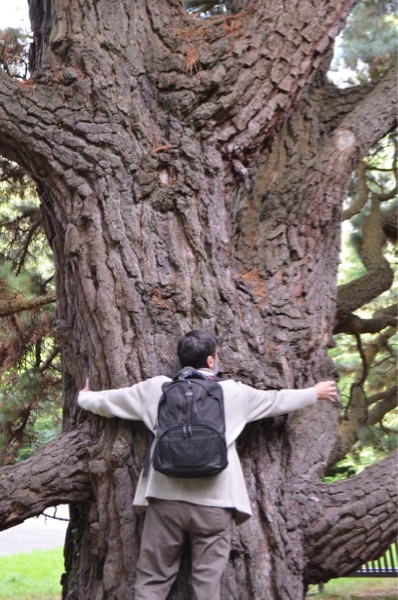 Walking through the quiet woods and the long, narrow paths of extinction, where the railway tracks once ran back and forth from the quarries to the docks, you can’t help but feel the earth move in a memory recording life pulsing in the earth. The track now loses interest as a cycleway up into the mountains. Though it’s a pleasant enough walk or bike ride that way, the thought of belching coal smoke and steam has a certain energy to it that may not be PC but I’d love to see it for myself just for a day. As a young climber I spent my weekends on the craggy climbs and on mountain support too. The youth hostels were full of climbers and young hippies. The industry of the region was hard as it was in industry throughout the working areas of Britain. Now it’s just a trace of what was. The docks do have working vessels that still transport slate and slate waste for road base and pathways and such. 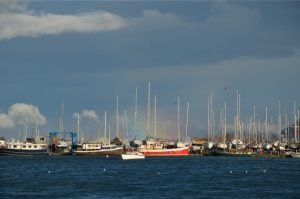 Some search the mussel beds for seafood product, but for the main part all of that is minimal compared to the weekend sailing vessels, boat sales and so on. I like seeing the boat builders working on the boats when I am down there though. We talk tools and wood and vessels as we break from the routine to find common ground. Even in the quarry museum there is a lot to take in. Pattern makers used their skills to make massive castings for interconnecting cogs used in pulley systems and water-driven wheels that then drove the machinery and equipment.

If you want to see an internal tour of the castle with me, go here

Local to the castle area there’s the village where I live, which was once owned by the Pennants as part of the estate. A self sufficient village with orchards and bee hives, gardens for vegetables, chickens, and livestock for meat, dairy, eggs and so on. It’s a pleasant place now deprived of its former life self sustained within families living there and so alien to today’s world of mass-grown food and excess.