I may not like throwaway saws too much but the reality is they are highly developed and they cut exceedingly well. They are highly prized in the building trades and most plumbers, electricians, plasterers and brickies will have one floating not too far away. Whereas I might not want to take my favourite Disston or Groves into the field for outdoor work as a general rule, I have no hesitation taking out a fine cut Bahco for that type of work. The are highly efficient cross-cutters, cut very smoothly and quickly and actually they do pretty well rip-cutting too. In my guesstimation a Bahco fine tooth handsaw cuts about 20% less efficiently even though it is utterly a fleam-cut tooth pattern designed for crosscutting. That’s a pretty good ratio whether I like throwaway saws or not. And when it comes to sharpness these saws are extremely sharp so watch your jeans when using them. 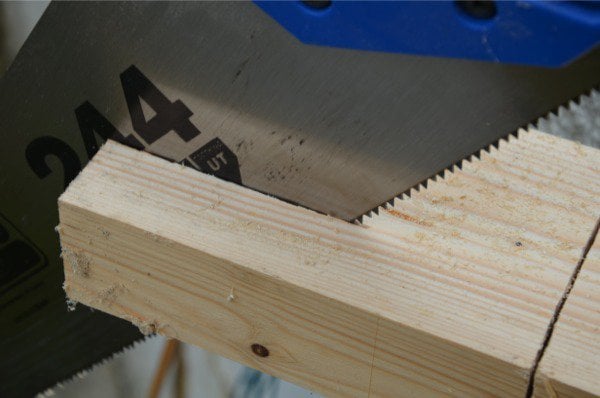 The fact is that a £12 saw like this fits the modern demand for effective cutting at an affordable cost and that goes for amatuer and professional alike. They may have a tad too much set but they never bind in the cut no matter the material. Disposable throwaways are here to stay in the same way the Stanley utility knife ousted fix-bladed rigid knives of the past. Once a generation loses the skills of sharpening and companies like Nicholson USA chose cheaper downgrading in the quality of their files to sharpen only one saw per file, it becomes financially prohibitive to even own a saw you can sharpen yourself. On top of all that, resharpening services charge £7-10 a pop for their services, so if you use a saw as I do and need to sharpen 3-4 saws once a month or so you had best learn to sharpen a saw yourself pretty quickly or indeed buy into the disposable saw market. Of course you soon begin to see that it is a false economy buying disposable throwaways even in packs of five, but the construction trades have become more highly competitive than ever before. I have yet to meet a modern-day carpenter who can sharpen his own saw and I think he might be thrown off of some job sites if he started filing saw teeth on the job as we did in the 60-70’s. 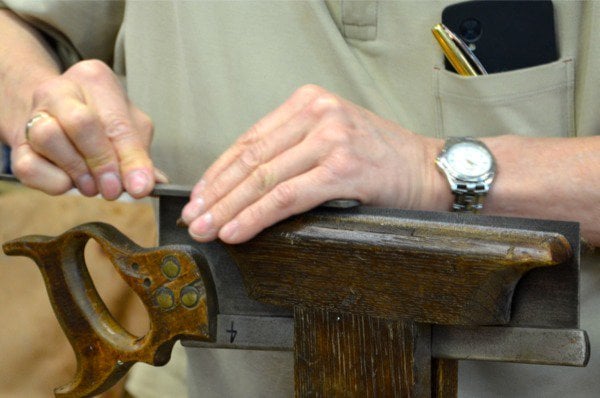 At the bench and in practice I use mostly old saws, but I have new-mades too. Different makers produce the same basic saws. At the top end of the line you can find incredibly innovative saws unseen before in woodworking. Such is the demand for new and effective saws to be available and used by we modernist woodworkers. 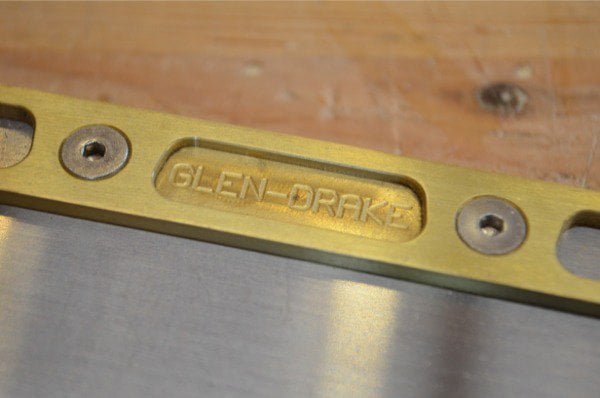 Here is a Glen Drake saw. It’s not a throwaway. It’s different. Radically different! I don’t know its cost but it deserves an innovation prize for concepts of design. What’s different? Is it any different? There are several design features in the saw that you will find in no other. The features are extremely well thought through to the point of being thought provoking. For instance the drooping Gent’s-style handle on the saw angles the hand to give very direct inline centre of thrust (COT) (it’s a push-stroke western-style saw favoured by many but the blade can be reversed if needed, but they have western geometry to the teeth, which are designed for forward thrust and nut pull) without losing the depth of cut. 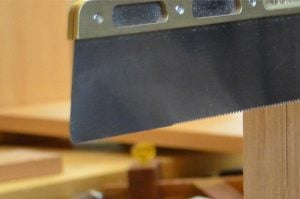 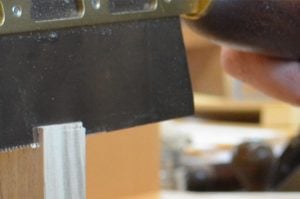 The blades can be removed and replaced with an alternative tooth pattern according to task so one saw accommodates different tooth configurations and sizes. The most innovative feature is the easy-start no-teeth-at the toe and heel of the saw.

When I first saw this I thought it seemed a little, well, quirky, but I found it very effective and as smooth a start to a saw cut as I ever encountered. If you ever get your hands on one these saws you should give it a try. 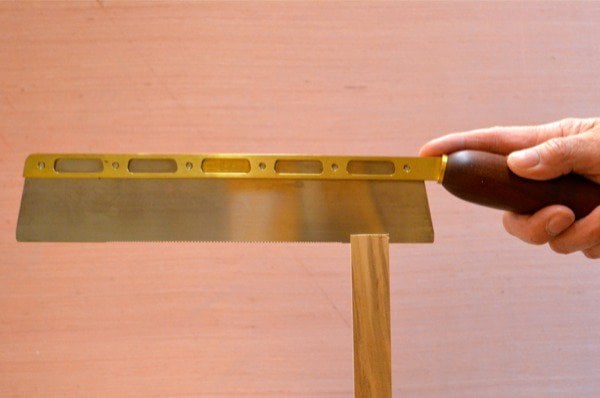 They have a variable pitch meaning in this case that they go from a small tooth size to a larger mid range and then back smaller teeth again They describe this 18-14-18 TPI, 16-12-16 TPI or 14-10-14 TPI. I may feel that that is unnecessary but that may be because I am so used to conventional saws I file to task as I need. If someone is struggling with sawing this might help.
Tomorrow I will talk more on Gent’s saws I think. There’s a lot to these that may not be obvious at a mere glance.