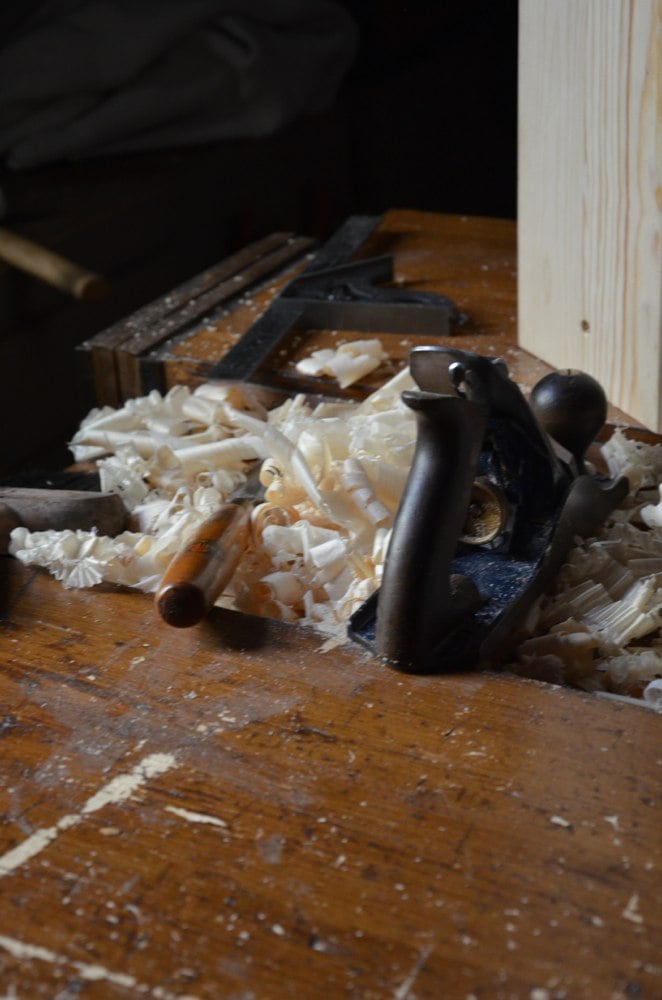 A man came into my workshop with his grandson and told his grandson how bad I was for leaving my plane stood upright on the bench. He told his grandson that the blade was “being damaged as we speak.” so to speak. I was obviously in earshot of his one-sided conversation and not wanting to correct him in front of his grandson I continued brushing on shellac to my picture frames. He started to take me to task further with his indirect comments even though his grandson could care less about anything beyond his two thumb digits tapping a rectangular glass screen held between his two palms. The granddad didn’t tell his grandson he was being rude by not listening to him and seemed to want to vent frustration out on the upright plane and the person on the other side of it who refused to take the bait. 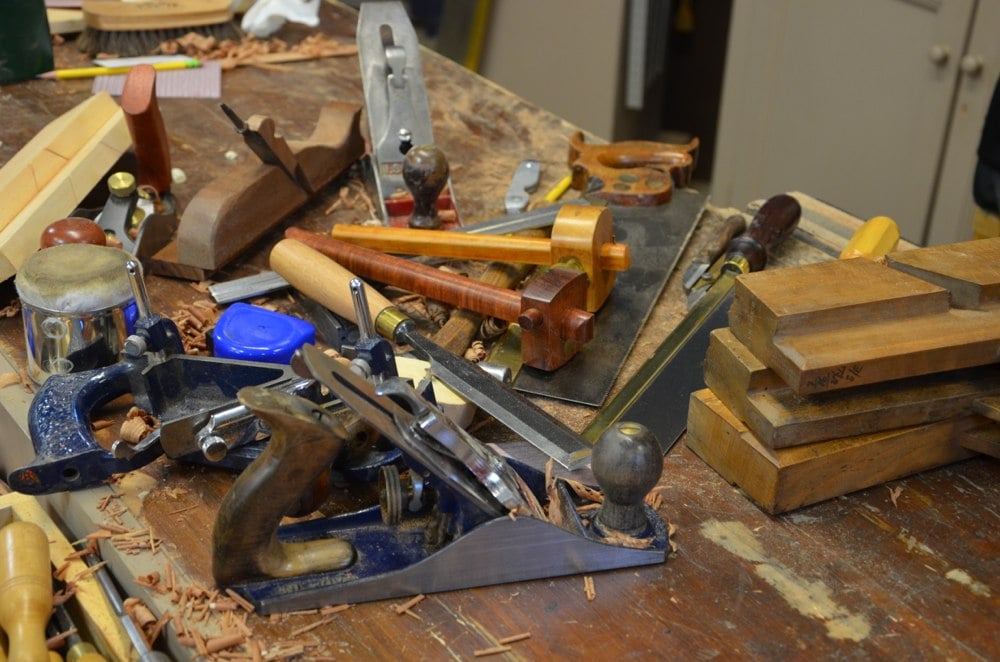 My frame looked nice and I placed it on the bench to dry. The man seemed more agitated but was it the plane, me, the two irritating thumbs or the youngster’s refusal to hear the opportune nuggets of wisdom the sage had or simply him not saying anything? 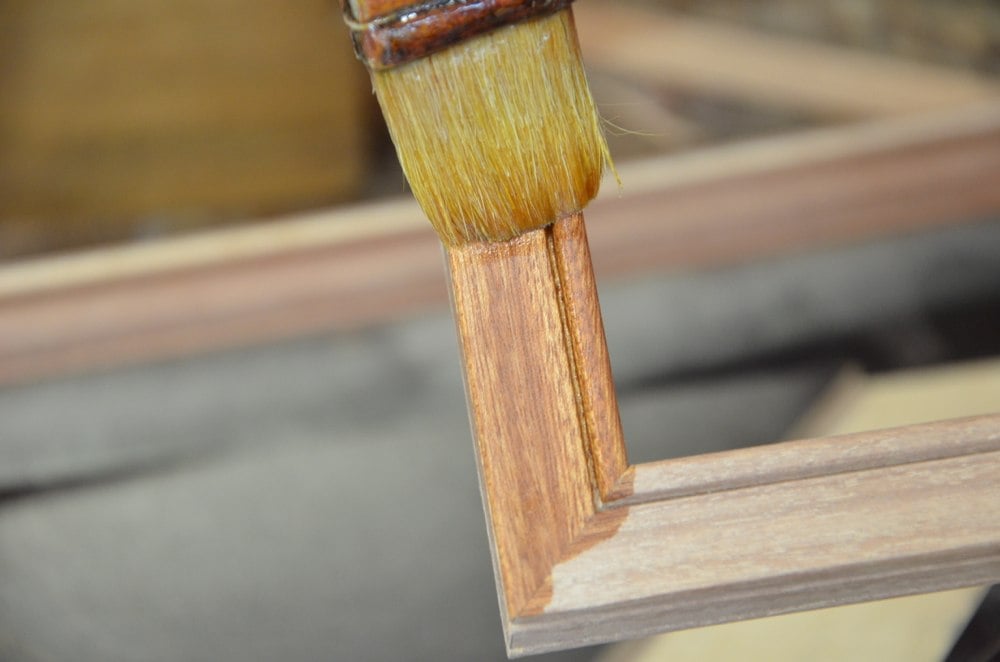 Two days ago an Aussie came into the workshop and told me how he would have been in for a serious whipping if he’d left a plane upright on the bench. I thought to myself,”Wow, all the way in Melbourne kids were getting into the same hot water for not laying their planes down on their side.” I said, “Really.” I nodded. “Oh, yeah.” I tried to point out the flawed reasoning but to no avail. He was a cabinet maker and continued his strategy to convert me in case I “placed the plane on some sandpaper.” No point casting pearls before swine, whichever side of the bench you are on. Or of the world for that matter. 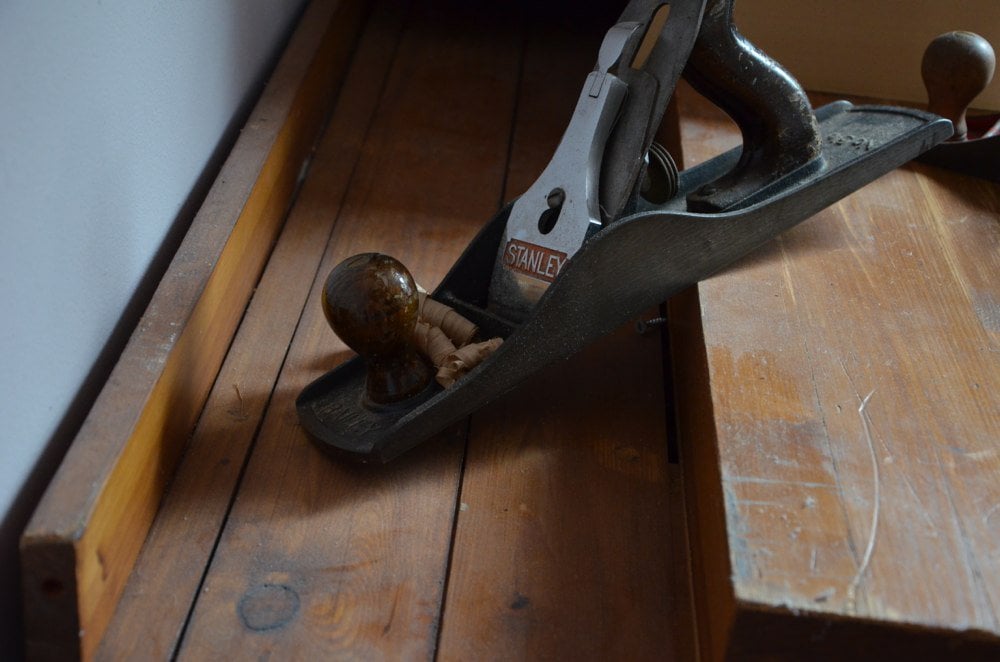 Actually, this happens to me most days. Most of the people were told it as boys and had no relationship to woodworking beyond an hour or two a week in school. Occasionally one might have been the related to a woodworker and heard it from their relative and one or two were woodworkers themselves who adopted the pattern as a strategy for themselves. In fact I too was taught the practice in school, but when it came to my work as an apprentice that law went out the window and for good reason. 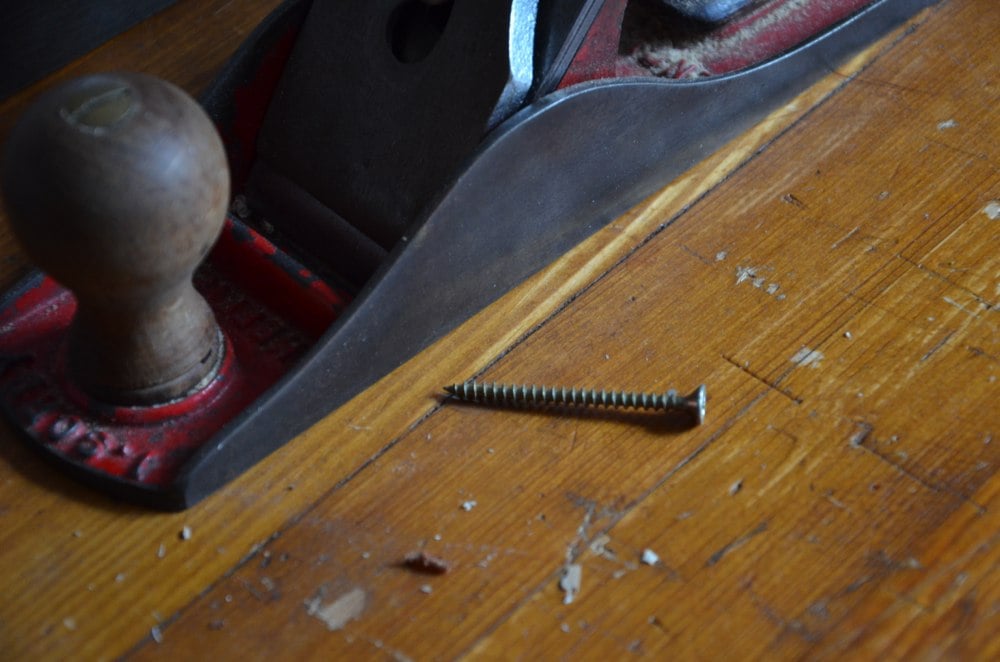 I can’t remember in 53 years since I first used a plane ever putting it down on something and harming the cutting iron. I know it can and does happen.

All in all I think this has taught me a lesson. I have learned that people become upset if you defy them in their expectation of you even if they have no knowledge of you. They can be surprisingly intolerant even when you offer a very practical reason for what you do. They become highly defensive and I suppose there is some kind of empirical protectorate at work at play yet rarely do they have any substantive evidence to back up what they express. Without any true depth of relational knowledge based on actually working I can’t see making them feel better is a good enough reason at all to change. I confess the pressure sometimes leaves me feeling like I’m some kind of heretic, but quite honestly, I most often do present a couple of good reasons for why I feel this is the way I want to continue working. One, I and the men I have always worked with use benches with wells and the plane can stay upright with the toe in the well and the heel on the bench top. This actually presents the handle of the plane to my hand to perfection and has nothing to do with protecting what I always take care of with the utmost diligence. Two, it’s generally impractical to lay the plane on its side when you’re actually working because you are going in and out of the vise or changing the position of the wood; I intermittently reach for a plane and as I said I want it ready for action. I use my planes second by second and minute by minute throughout any given day. Here is a third reason but I leave you with a question to answer it yourself…

…If this plane is left on its side like this, is it protected well or even at all? 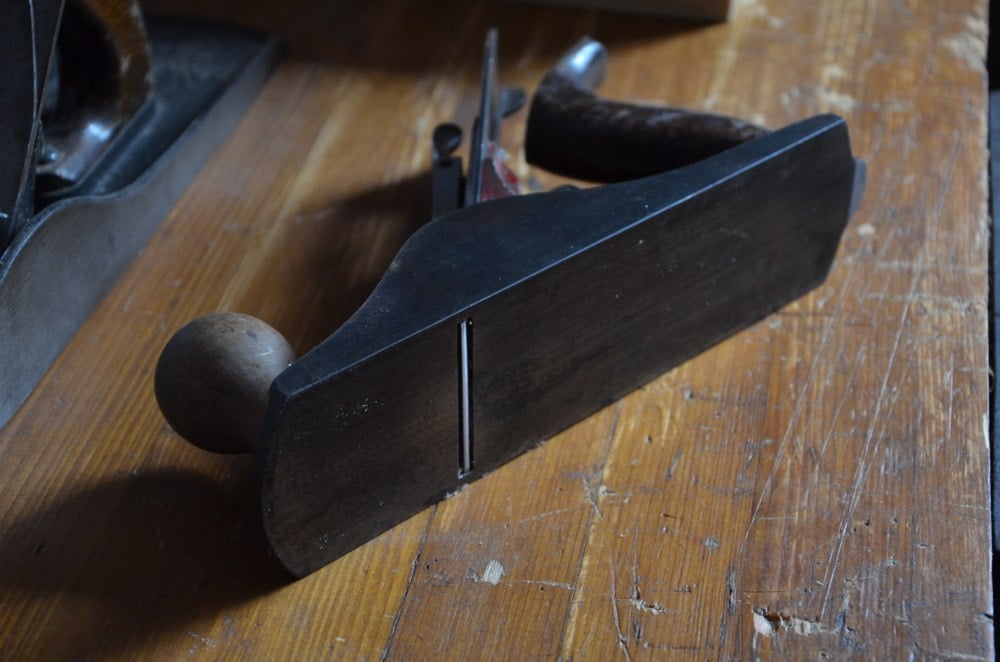 It was mostly in schools that people laid the plane on its side because kids dumped the planes on top of chisels and squares and other tools/ That was a good working strategy to keep the irons from being damaged and most school benches were the flattop type with no wells, otherwise most craftsman-made workbenches were benches with wells running along the centre. Inside the well at each end of the 12’ bench was a swivelling square bar with a screw in the centre on which the plane could rest upright. 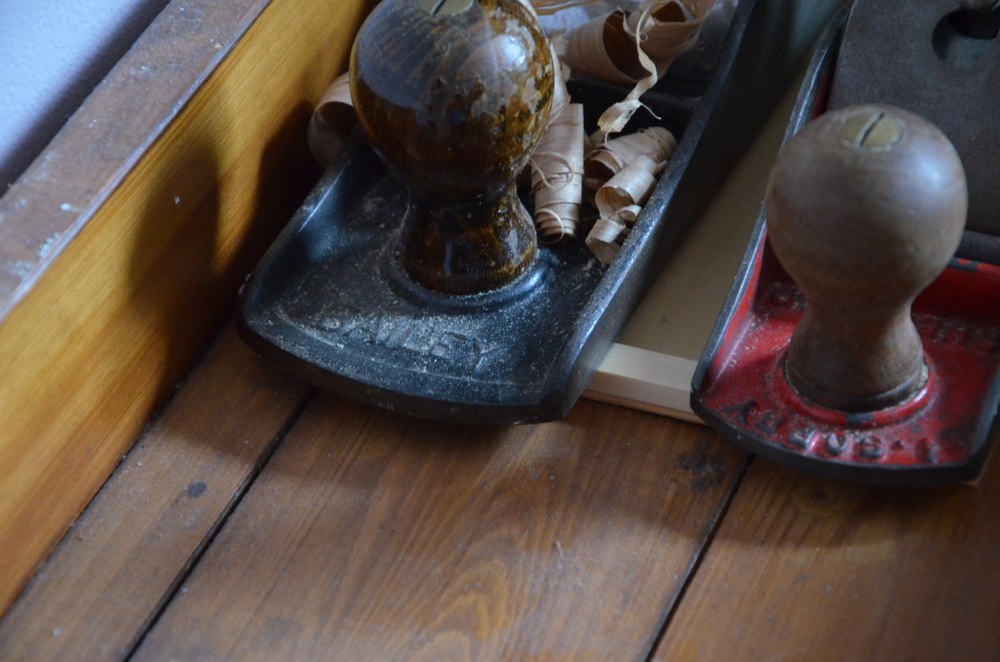 We used thatat the end of the day when planes were stowed there for the night. It’s funny how things can get out of hand to become internationally ‘wrong’ through the years but often not for the right reason or indeed wrong for another reason. We can easily become legalists to the point that we can’t hear reason at all. If my teacher had told me to leave the plane upright but catty-corner in the well (had we had one) I would have obeyed. If he’d told me of the two good reasons I would have believed him. Now, in school here, there is no real woodworking but kids can program a CNC router to cut their dovetails. Problem solved!

40 thoughts on “Planes Aside – A Different Angle”