Our culture shifts rapidly from past pockets we looked to the future from to the present we look back from and still further along the line towards future hopes we aspire to. Sometimes, often, we must dismantle the past to rediscover what we really felt before we were dissuaded from a hope we had. At 14 I told my woodworking teacher I wanted to be a woodworker. He fixed his eye on mine and said, “I wouldn’t if I were you. You can do much better than that. Go further, make something of your life.” I listened and thought he knew well what I should be, but then I listened again and heard a still, small voice that wasn’t his and I made up my mind and my future began to unfold. Wood worked with my hands began in a past pocket of culture and emerged in successive phases like solid stones I stepped on through to today. One part began to form and then another began to fit to the shape. It was a little while before I saw the whole and discovered fulfilment from my work. Remember, hope deferred makes the heart sick, but a longing fulfilled is a tree of life. That’s the power of culture.
As you search your heart and ask the honest question about what you want to be, remember that it’s important to really know that you can change the course you are on and that it takes courage and determination to step into the zone. I realised many moons ago that self employment is not for the risk aversed, but the rewards of surviving against all odds are incomprehensibly wonderful. 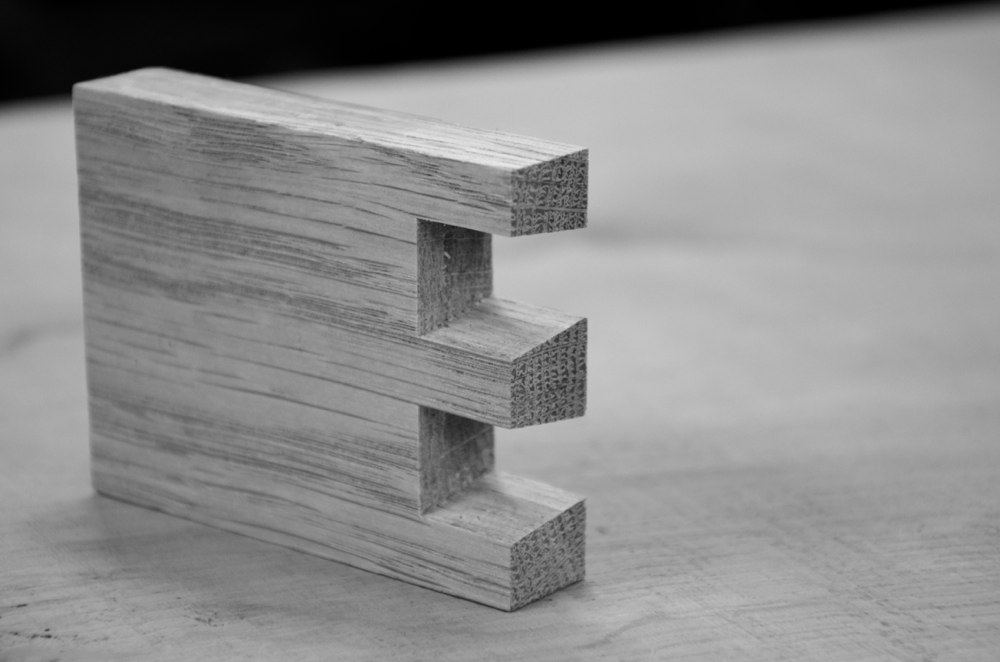 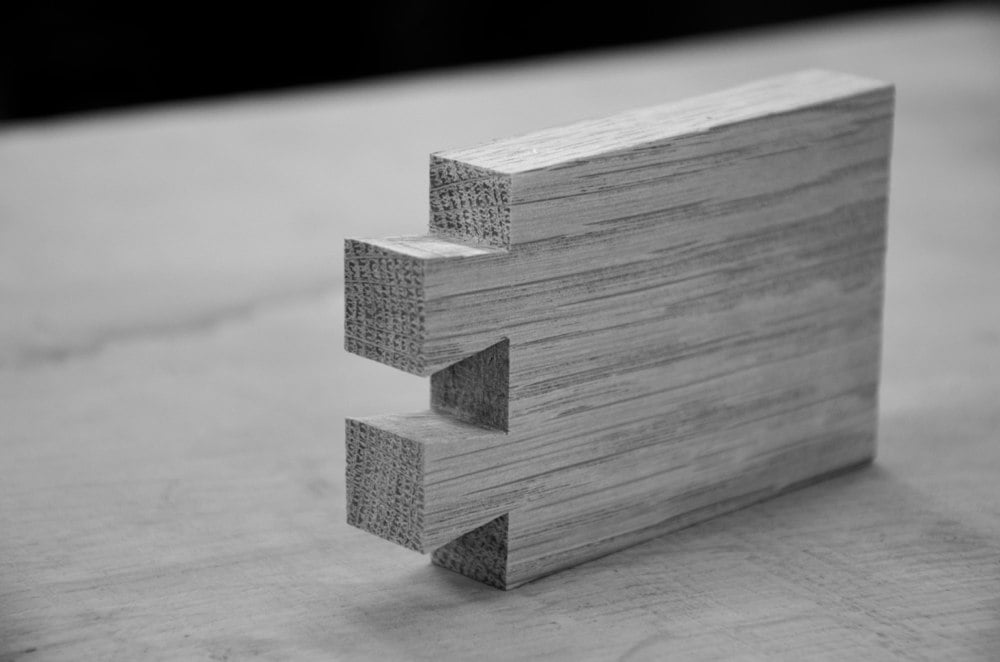 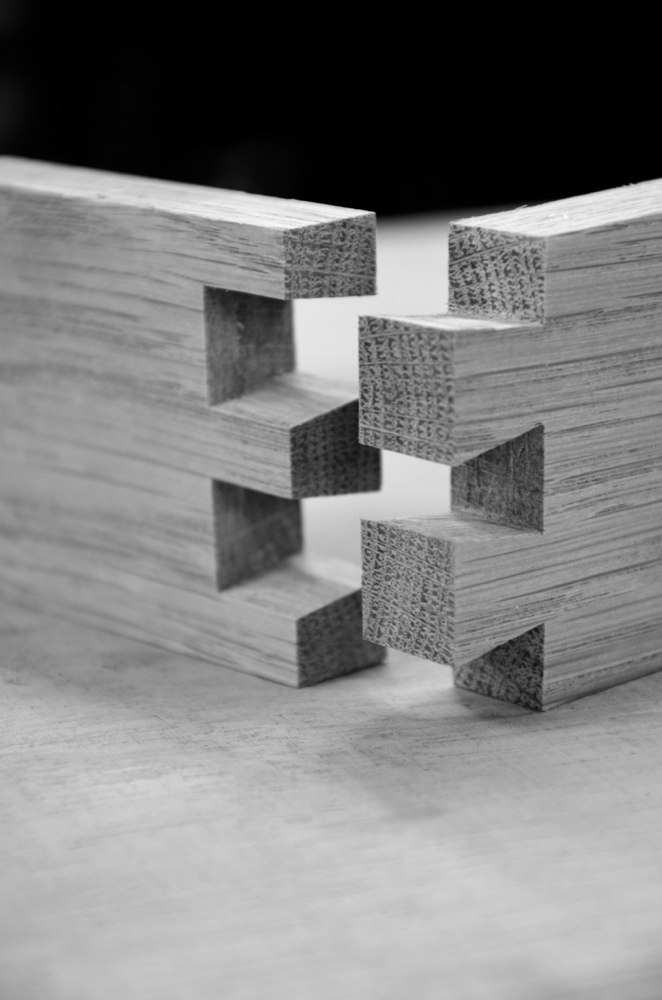 Today I unpacked the contents of the old woodworkers tool box and saw into the past of a man’s life. It doesn’t take imagination to understand him or his work. It was as simple as can be as far as his work was concerned. The chest has suffered trauma from time to time. 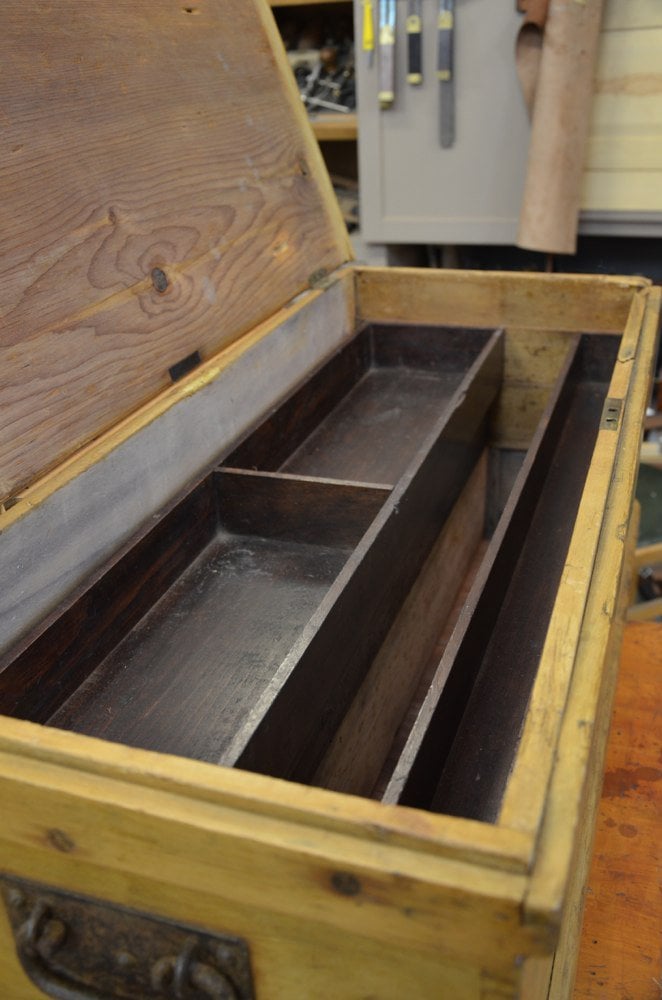 Unpacking dimensions of the tool chest is like dismantling the man. This one’s seen much use and abuse. It’s been dropped, overstuffed, abused since the owner left it but it’s held and I like it very much. The pins no longer seat the dovetails because they have shrunk, which makes me think it was made in humid conditions and perhaps kept in a coastal region or on board a boat as one of several belonging to a ship’s caprenter. I understand that the chest passed to a sailmaker and ended up with his tools in it when it was sold to Bill. 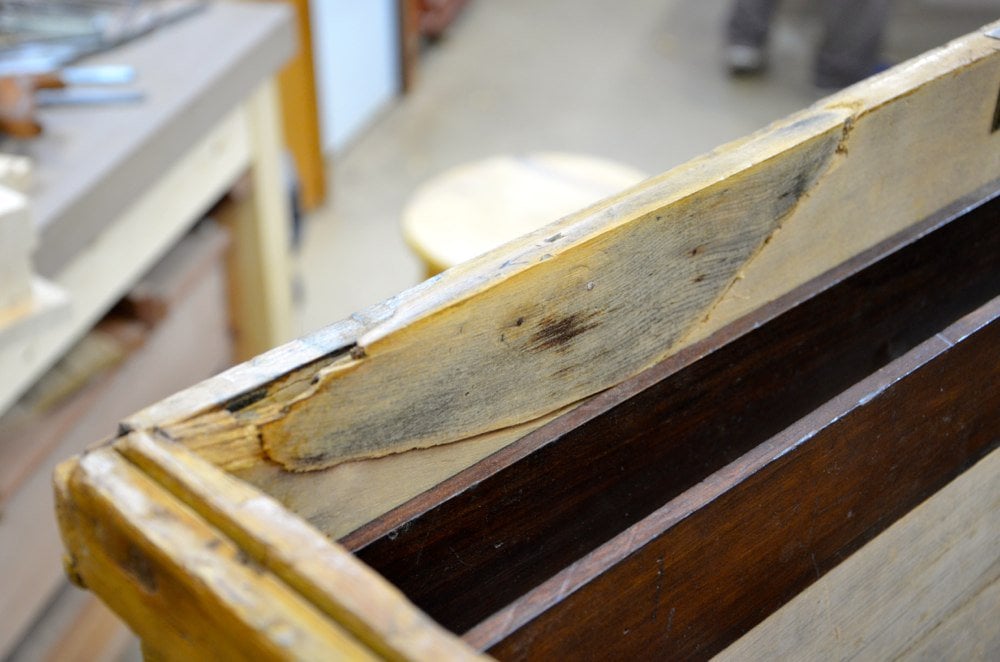 I love the size because even with tools loaded it will be liftable between two. It will hold half a dozen planes, 4 saws of different types and then the usual squares and chisels, small planes and much more. The tills work fine as does the rest of the chest and today i spent much time as i said unpacking the joinery and measuring the details for replication. The walls and the bottom are no more than 9/16″ thick pine, so it’s super light compared to harder, more dense-grained woods. I think you will enjoy this one. better two or three of these around the bench for me. Soon I’ll have two. 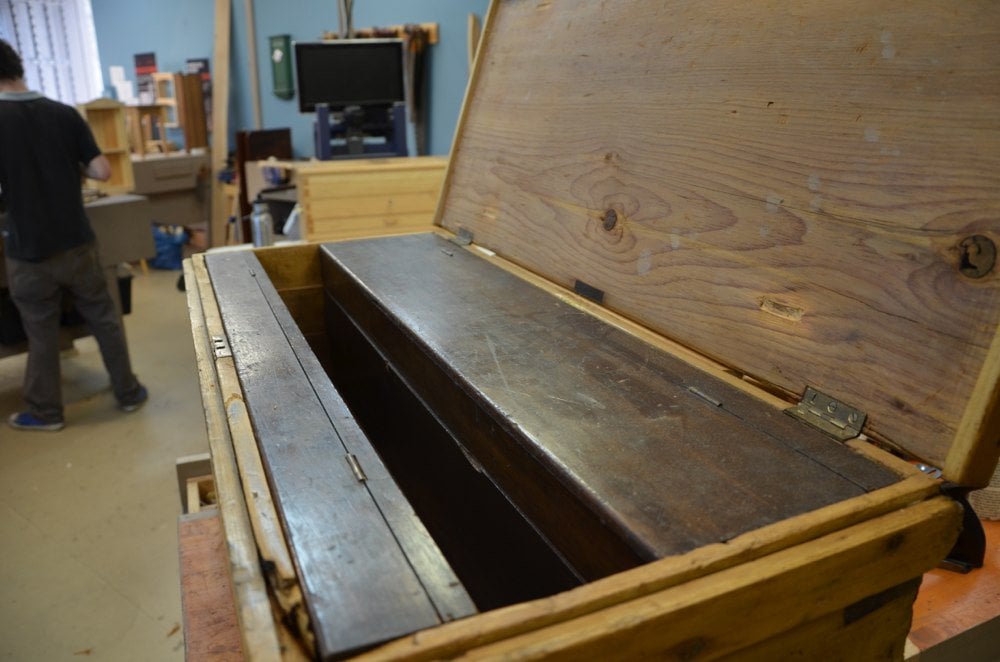