I have followed your blogs recently on the bevel-up jack planes and have seen some people say that adding a 50-degree bevel iron instead of the 25-degree bevel iron allows the plane to take care of difficult grain. If this is so, why don’t you just add the blade as an accessory and just use the one plane? 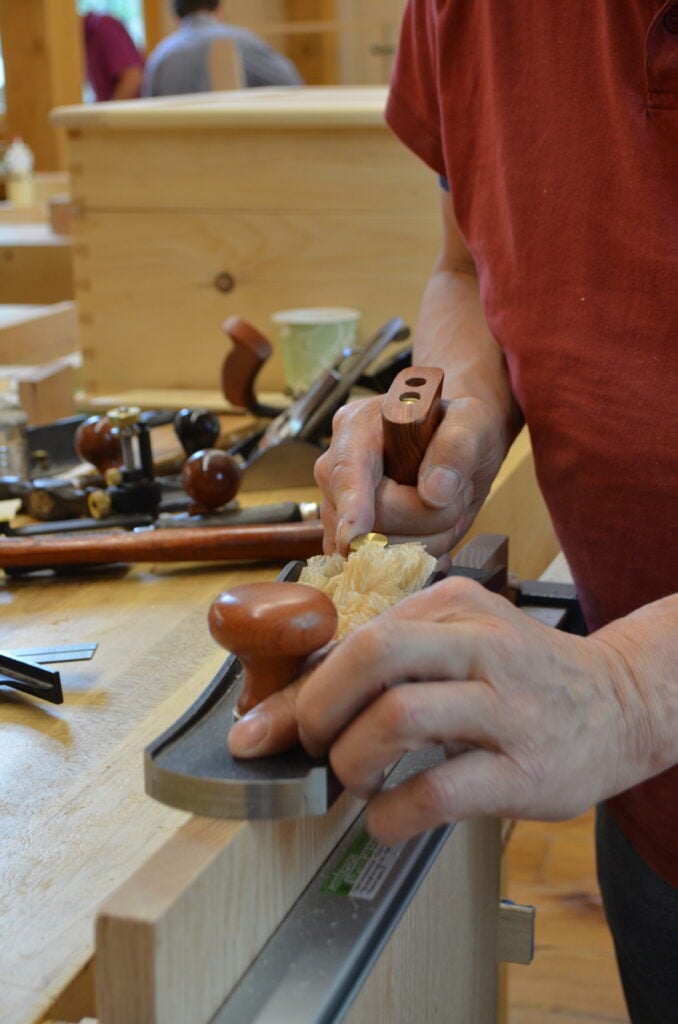 I’ve answered this in the recent past but it comes up often enough to give an answer again. The question makes sense in theory but in practice it’s a little disingenuous on the part of plane makers and salesmen and women to suggest that the bevel-up planes don’t have issues beyond just slipping in a different iron to take care of those issues. In the history of plane making, bevel up planes are not new or even especially innovative. 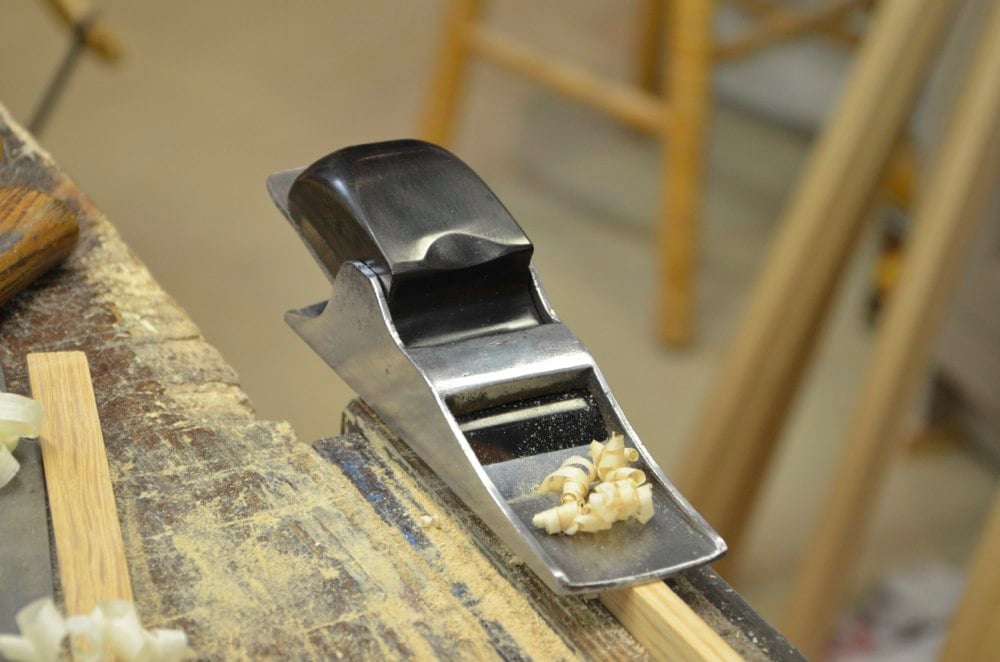 Let’s face it, if you’re a tool making company you need to keep coming up with something new to sell, otherwise your company loses its edge in the competition. It’s no different for companies today and one company jumps through a hoop and you quickly see how all the others copy and follow up with something similar, hence the plethora of companies jockeying for their slice of the BU plane market. It’s not that there was a demand for this type of plane in answer to one of our woodworking life problems, more that someone somewhere found a niche market and others jumped in for their slice of the action. A few wood mags and writers got the same press release did their usual new product test and write up, and before you know it the same information is written up around the globe as if one man wrote them all. Fact is copy and paste took away a great deal of initiative and individualism entrepreneurs were once famed for and that’s why all the online stores look and smell the same. 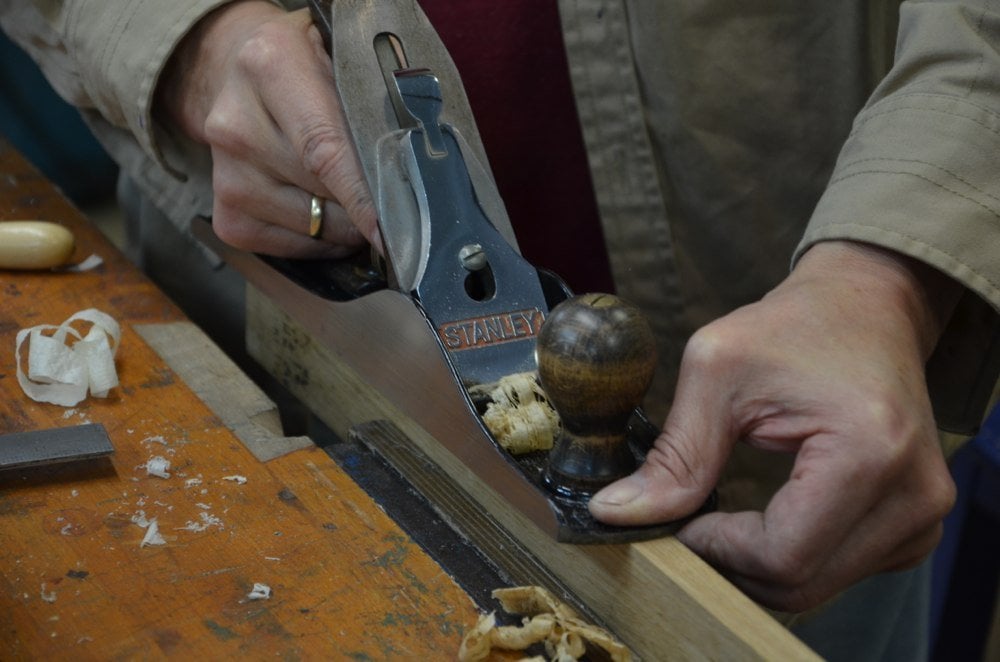 It’s a fact that the bevel up planes and even jacks have been around for well beyond a century or two but were used for trimming wood fibres differently than is being espoused today. As a general smoothing plane or even a jack plane, bevel up planes never quite gave the guaranteed confidence craftsmen needed in the day to day of planing. 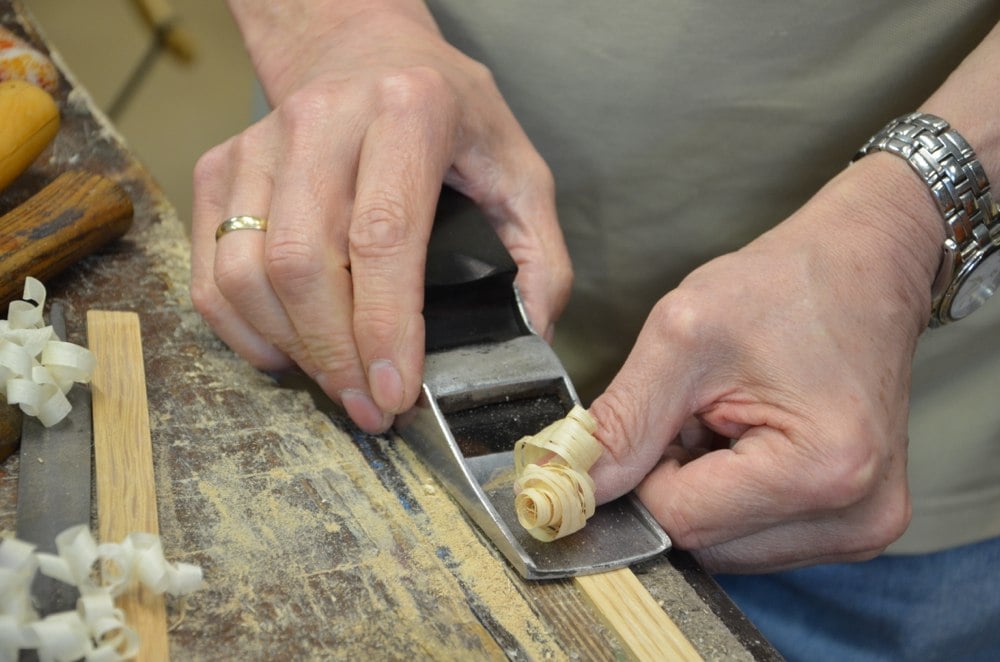 In fact it’s as true today as it was two centuries ago that the only time a bevel up plane truly comes into its own is when the plane is used to cut across the long axis of the grain at an angle as in trimming mitres and planing end grain and then any angle in between say zero and 90-degrees. As soon as this plane hits grain at an angle that rises up towards the cutting iron the plane loses ground rapidly and when using any wood it’s inevitable that grain will, in any given surface, rise up somewhere to catch the cutting iron and lift before the iron can actually get to the wood itself and cut the surface. It’s in such cases that the grain surface tears as if wrenched and ripped from the surface and it’s this that so gives such dreaded nervousness to any and all woodworkers whether present or past. 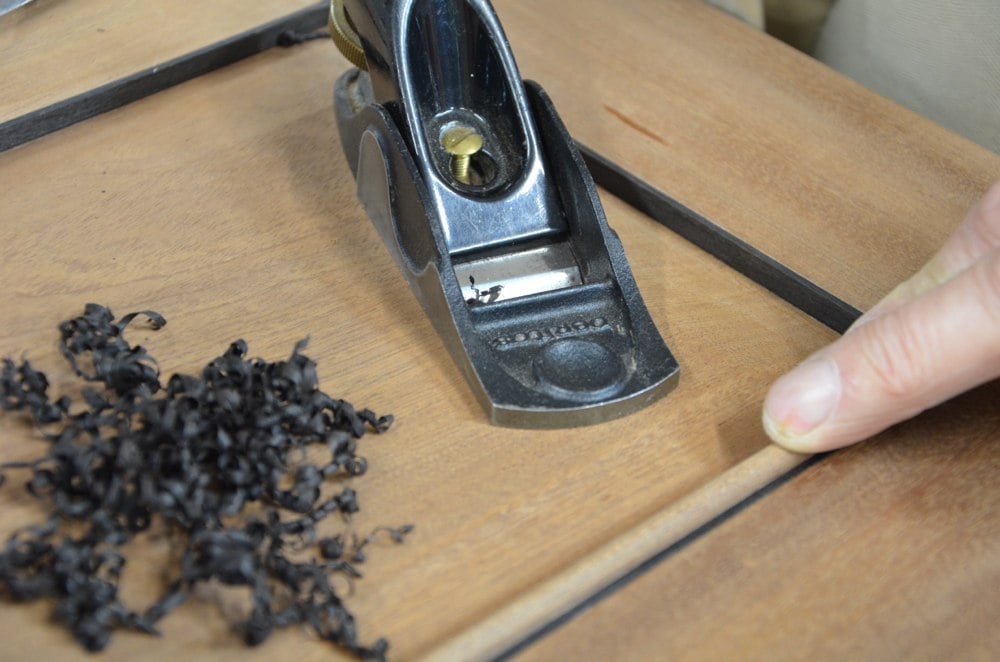 When it happens the surface is usually badly marred and the root of the problem is usually deep and often irreparable. Usually the fibres that are torn jam, turn and become sandwiched between the wood surface and the sole of the plane and the force of the plane stroke yanks the strands along and out of the wood being planed. This can happen also with bevel down planes but much, much less so for the reason associated with the cap iron mostly. I haven’t altogether understood why makers never came up with a combined lever cap/cap iron lever cap that could replace the cap iron and offer the same dynamic as the cap iron does to the bevel down planes. 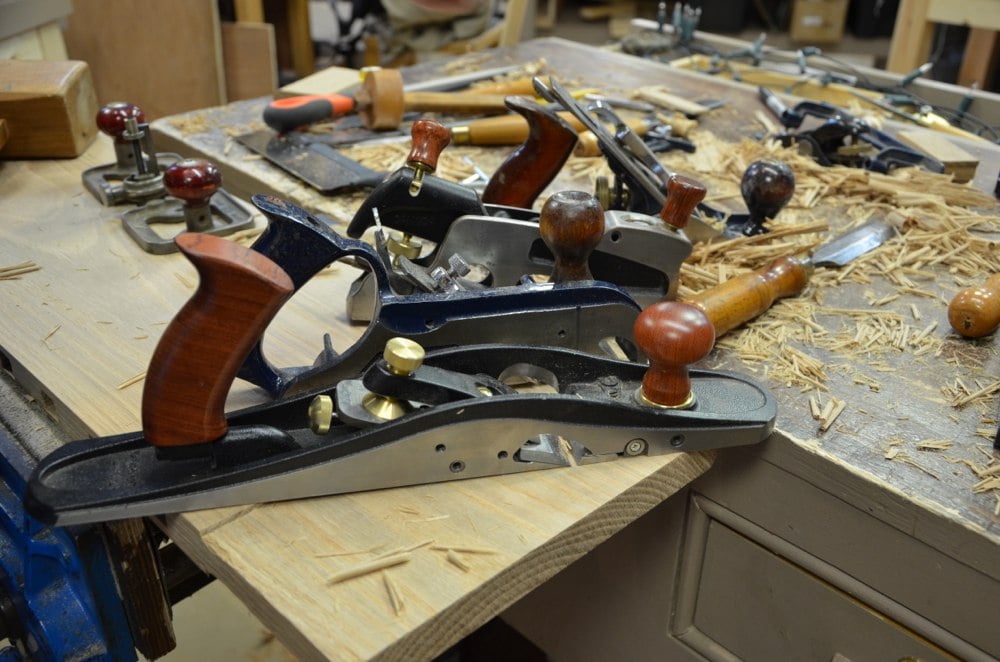 The addition of a few degrees to the cutting iron whether bevel down or bevel up does make a difference to the cut and to the wood in some very specific cases of grain configuration. What it does not take care of is the kind of grain that rips from the body of wood in the way I am talking about. Wild swirls of reverse and spirally grain, crotch grain and the like will indeed generally yield to a steeper angle of presentation and this is when we reach for a plane once made to offer an alternative to the general 42 to 45-degree bed. This is called the York pitch. The York pitch presents the blade to surface fibres in such a way as to more sheer-cut the conflicting arrangement of fibres misaligned in some areas of wild and varied grain smoothly. 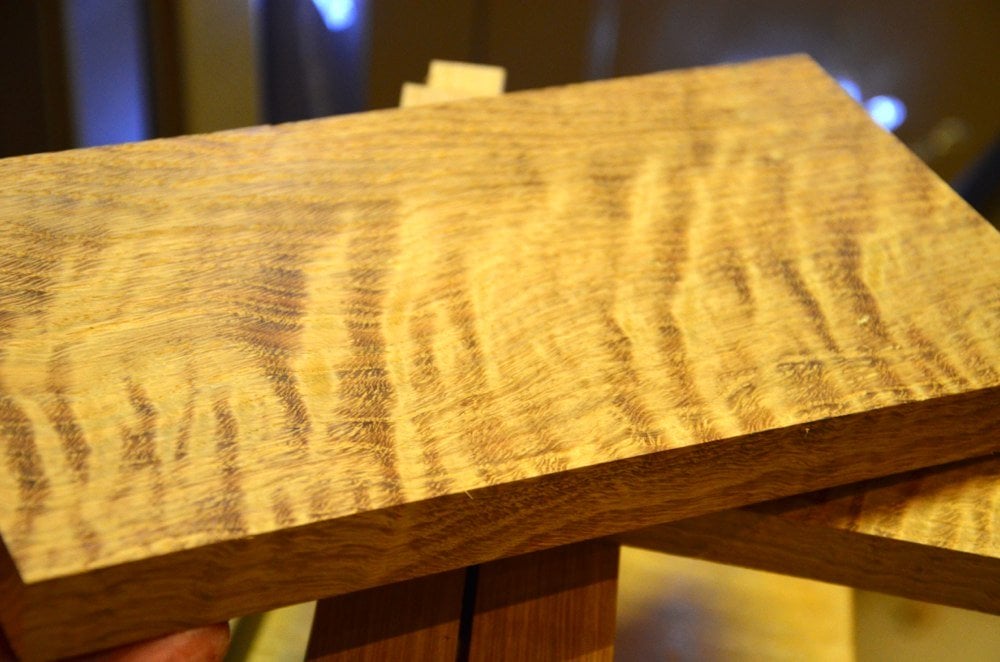 Usually this grain is heavily compacted in grains such as crotch grain, burrs and burls, knots and surrounding knot areas or areas adjacent to knots and so on. We often call such areas of this type of grain ‘short’ grain, as the grain rises rapidly toward the surface and seems almost to be standing up in misalignment of fibres as if disconnected from the general long grain strands or cells we might more generally know wood to be. Curly grained wood such as is found in maple, oak and, perhaps generally to a lesser degree other hardwoods, is a mixture of staggered interruptions of short grain that rises up and falls away in quick succession. The steep York pitch takes care of grain like this quickly, but this is not the grain we know to tear out when we surface plane wide boards of wood. 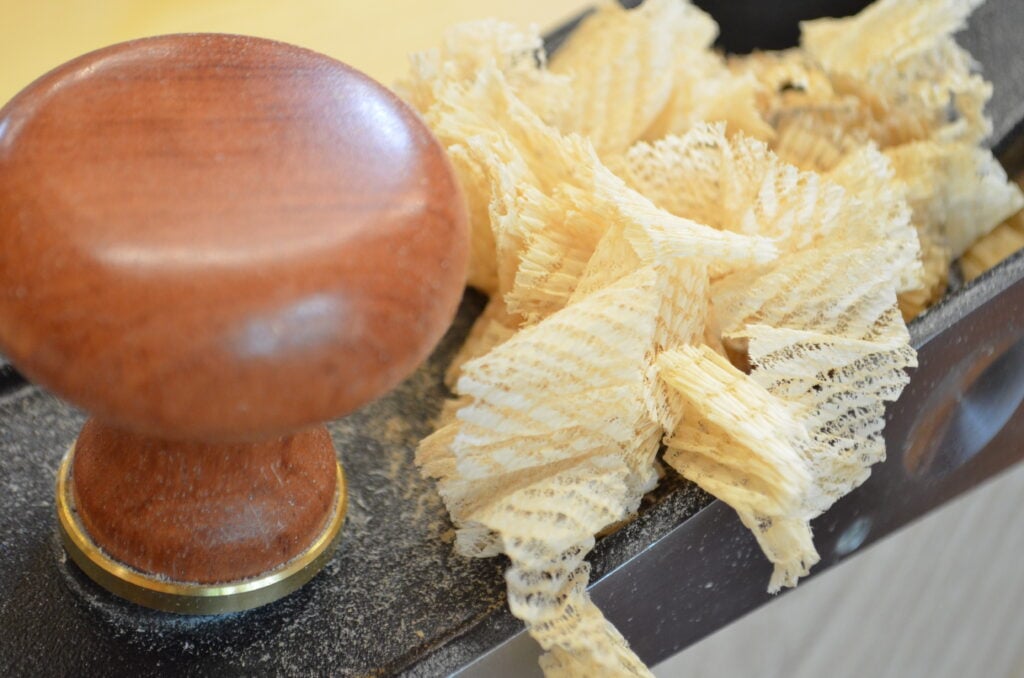 I suppose it might be good to realise few plane makers will be self critical of a problem as I have described and find it best not to mention the problem at all. It’s only natural when you think about it. It’s not after all really the plane that’s the problem but the wood itself. The problem is that the problem won’t just go away so we at the cutting edge and cusp have to make the planes we use work for every situation if possible. For those of us involved in real woodworking and making wood work at the business end we have a different view of things and we must balance out the planes we rely on, find out what they do best and understand where and when to rely on them. Whereas I occasionally hear from people who swear by the BU planes and how they never use anything else, for me, I have not found that at all to be the case. Usually those who make such statements use their planes on a very limited basis or within a very limited sphere of woodworking. Instrument making for instance or perhaps guitar making. I could indeed rely on a bevel up jack for 99.9% of guitar making. For furniture that would be the opposite. 99.9% of all of my work would come from a bevel-down bench plane alone. Thats said, I like owning both bevel down and bevel up jack planes and apply them to their best use. 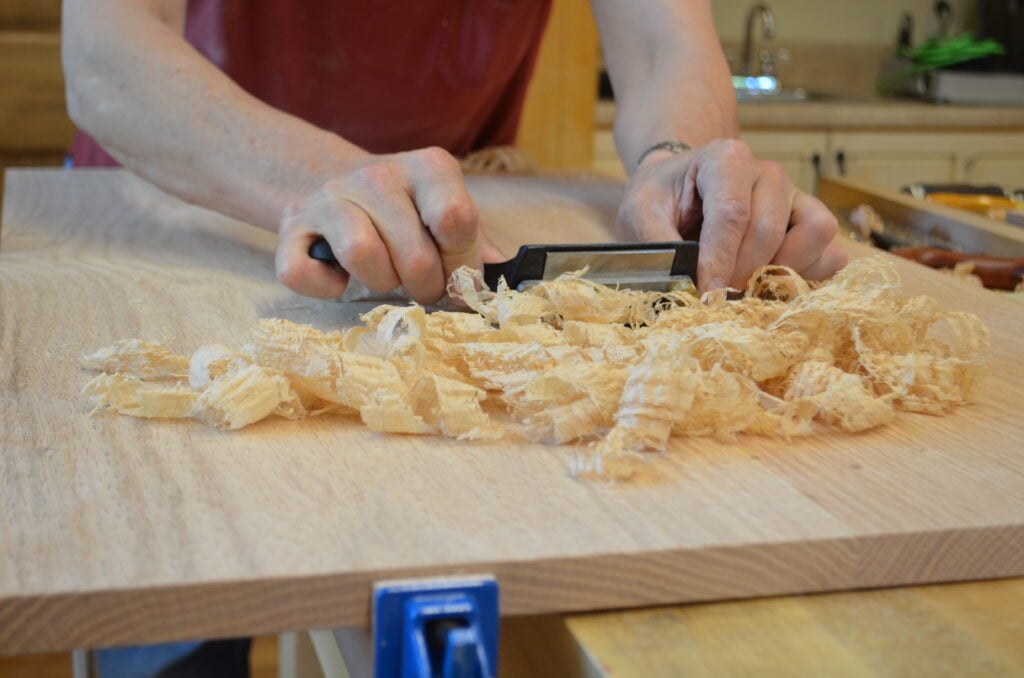 There can be no doubt that you can fine tune either plane to take pristine shavings off in adverse grain situations, but really, it’s unrealistic for me to earn my living making furniture were I to spend the time it would take to spend such time on a single plane. At the end of the day, the only tool that takes care of any and all grain configurations is the #80 cabinet scraper. When the grain rises up against me, it’s this tool alone that quells the foe.

10 thoughts on “Questions Answered – York Pitch Only Answers One Problem”