Some thoughts on different perspectives

Periodically I’m surprised by people who say or are advised that you can’t make a living from being a furniture maker and woodworker today. Mostly it’s the belief of several things not the least of which is the belief that all machine work is faster and more effective instead of limiting and defining. I think most people think this to be the case. Now I know it can be done, I mean that you can make a living today, if using machines, CNC routing equipment and machine-only methods and such. Hand work on the other hand leaves its signature and it shows up the art of human life free from over use of mechanical and robotic interventions. Fact is, where I to tell a would-be customer that a router guided by a computer did my inlays, and shaped all of the joints and carved the surface decoration, they would naturally be disappointed; the work somehow loses all fascination, even though the machine is a well designed piece of kit. But then you see that it’s the beauty of the materials that works as the initial magnetic carrot. The wood works equally as well for fabbers and fabberism as they do for real woodworkers and real woodworking and that without real wood there is not much of worth left for the fabbers. With some tickle-tapping of the keyboard fabbers change dimensions proportionally and suddenly machines beyond the office walls click into new settings and tails, pins, mortises and tenons too intersect the junctions and angles of new sizing seemingly seamlessly. But, after all is said and done, a machine cut the bits that fit.

We’re not supposed to live in the past…

I don’t know about you, but I do still love the whole concept of printing presses rolled by hand with lead typeset transferring inks and also watching dextrous hands toss loaded shuttles with hand spun roving between weft and warp on a fully loaded loom. There’s a rhythm to each pulsing beat that somehow keeps pace with heart valves and breaths in the same way the blacksmith pumps the bellows and shapes the red-hot steel with regulated hammer blows on the face of a well-worn anvil. 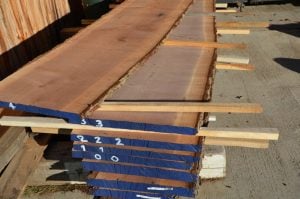 Of course some of this can be done by machine but then, at the end of the day, everything made looks just like a machine made it. You see life is filled with textures like this when you work raw materials by hand. A hand stitched suit stands out not because it’s at all inferior work but generally it’s actually looked at.The very fact that hands stitched stitches and wove cottons and wools into fabrics from spun fibres becomes the reason for it being first looked at and considered and then further considered creatively superior by those simple facts. Machined work on the other hand removes the textures of humanity and life from the surfaces that speak of those lives. It actually doesn’t mean one is superior or inferior to the other, just that one involved dextrous hand work and the other mechanical set ups that removed the reliance on skill that might to a boss be unpredictable or considered a risk.

The challenges that change us

You see people climb crags and outcrops on mountains not merely to use their own energies but because they like challenge and pit themselves against elements that challenge them and place high demand on them. As a climber I bettered my game by climbing harder and harder and then looked for snow and ice on the same crags to pitch myself against to see if my ingenuity and strength would enable me to overcome new and additional obstacles; textures I sought in my climbs. When people come down from the mountains warning of imminent snow, others press on harder and higher because of a thing called challenge. If it applies there to that then surely anyone can seek more difficult high-demand work in their woodworking.To do that we develop the skills we need and I like that idea.

I recalled in some previous articles I wrote how a man I taught to carve wonderfully creative hardwood spoons from mesquite went on to earn a good living from it with his sons. Every spoon made had the individual stamp of uniqueness carved into it. Suddenly his sales fell as if someone had turned off the tap (faucet). He came to me distressed and showed me one of his most perfect spoons. I felt his sad loss but sensed something in the spoon that somehow, for want of a better word, had lost its magic. I probed a little and commented on the even shape and it was then I realised something that surprised me. Besides being too perfect it was, well, as if I was staring at something more false than real. The spoon had at first impressed me; as if I had seen something made from real wood to a high standard but it was hanging in a row in a supermarket chain kitchen department. It was then that I realised what had happened and that somehow he had engineered something that had copied one of his well-made original pieces. He told me that he’d had such a demand for his work that he had then set up his router with bits that followed patterns to replicate the spoons for him. Five days of perfecting his machine methods meant he could “work smarter not harder.” then produce hundreds of spoons every few days. What he had not figured into his calculations was that people who had sought out what he made were looking for an honestly mad product made by hand. They sensed, and I say sensed because they couldn’t quite put their finger on it, that something didn’t seem quite the same. 50 spoons exactly sized and stacked inside one another in three different sizes looked, well, dishonest to them. A bit like a lie might look good but it always stands in truths stead.

Another friend did the same thing with his pottery. He became famed for is wonderful bowls but then changed the shapes so his bowls could be copied in moulds made for a ram press and so he could then replicate bowls by the hundreds. At first it worked, but soon he too lost customers as his bowls turned up in more and more shops around cities and towns and his brand lost favour with the clientele that was searching out the genuine hand made.

…we’re supposed to change the future

My view is this. You have to be honest to your inner being and make certain your work reflects an honest heart. There is nothing wrong with designing for ram presses and CNC machinery of any type, but you must present your work for what it is and you do enter a different arena using machine methods. Hand made is thankfully hand made and not someone passing raw materials into a machine or compressing clay in a ram press. Truth is always raw. Challenge the status quo.

18 thoughts on “Craft is the Art of Hand Work”