In times past I made some of my income from hand carving wooden spoons. I made many hundreds each year and sold them from anywhere between $20-80 depending on the shape, size, wood and other detailing such as carving, turning and such. Our workshop opened to the public from 10am until 4pm each day and people dropped in to watch me work and I would carve a spoon as they relaxed on stools and watched me gouge out the bowls and shape the handles. 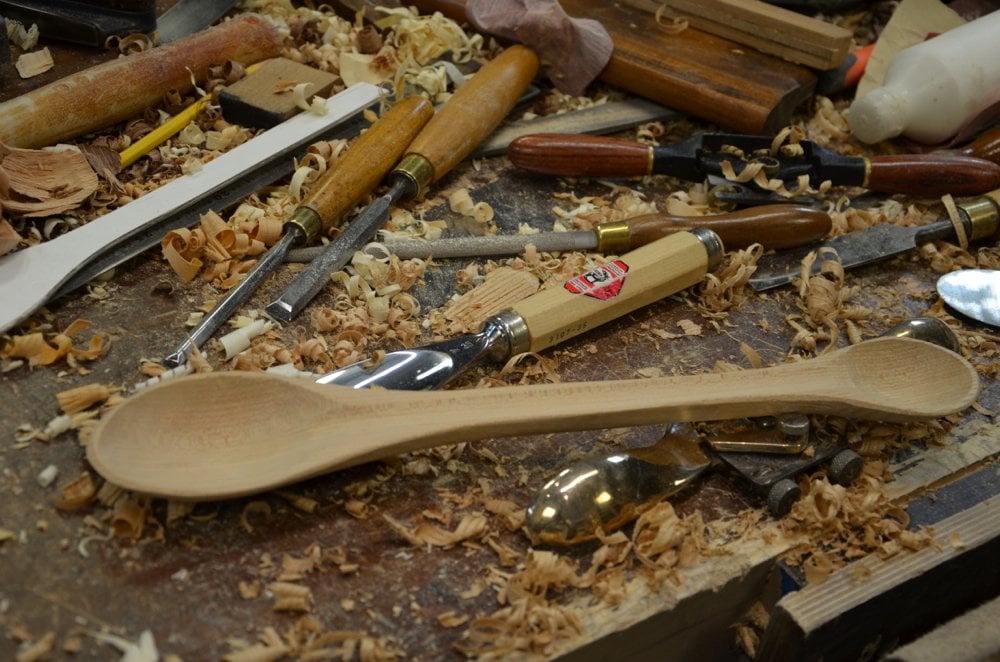 My day started at 6am and finished somewhere around 10pm. It wasn’t all work. It flexed and turned according to need and this living for me was a self-employed life with minimal ties to any systems beyond responsibly paying taxes as a woodworker of moderate income making my designs. In my life back then the tax man was the least invasive of any entity and left me alone the most. So much so I really didn’t know that they existed. Had I not paid my taxes I am sure I would have got to know them more. 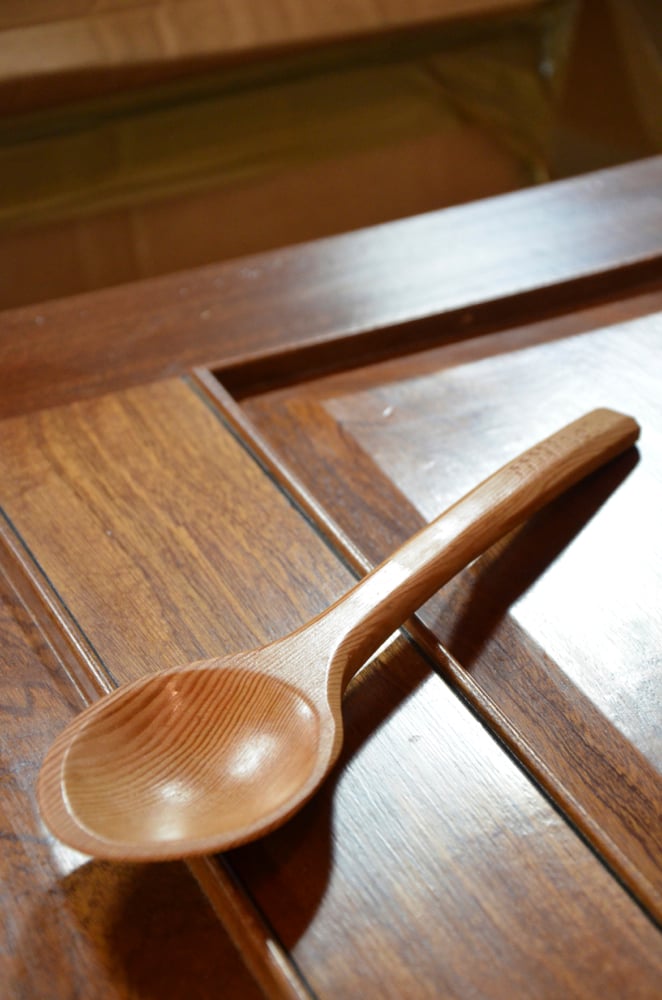 I liked my work and worked long days taking wood from mesquite trees and carving them from standing-dead stems and limbs I’d cut from dessert wastes or along the Nueces river banks to turn into a hand-carved cash crop. At different times I’d switch rivers for the Frio or the Dry Frio and then on to the Sabinal too. It wasn’t a mood swing or something mere like that. The gentleness of the Comanche trail followed the Sabinal, once called the Arroyo de la Solidad—River of Solitude, and I’d feel rest there even though I always worked hard. The weather determined where I cropped my supply and also where I found a tree downed or dead for a few years. There are segments of life you can’t bottle, but I will always know it smelt, felt, sounded, and tasted, yes, tasted and looked raw- 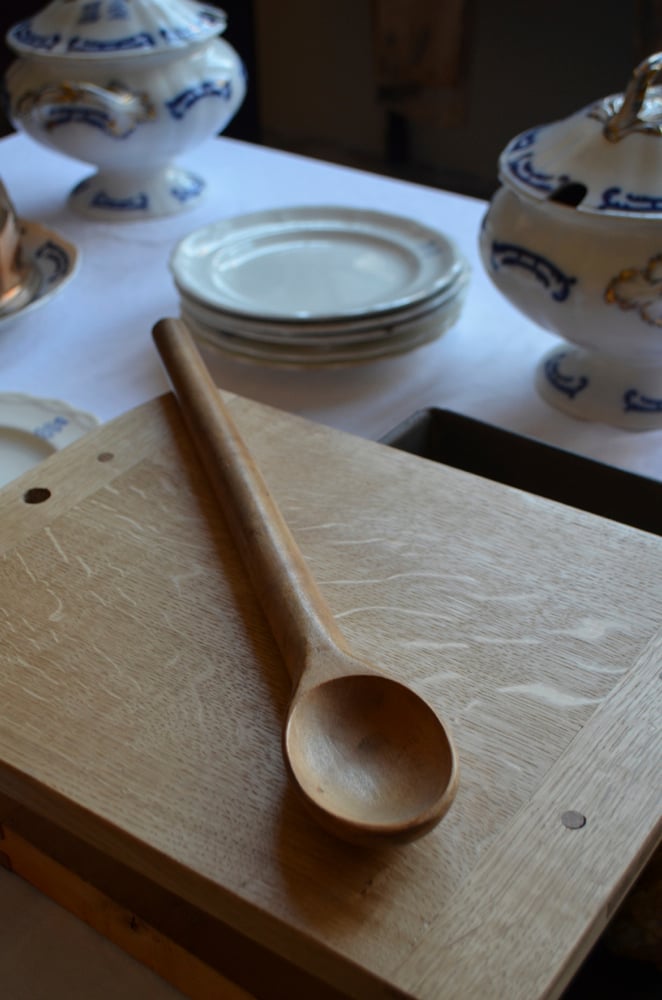 real because I lived it.

No one taught me to carve spoons. It was an obvious process and there wasn’t too much to learn, so it wasn’t really a passed down tradition so much as one I developed. Looking at old spoons through the years (like the one above) it becomes obvious that most of them were formed using gouges to carve out the bowls and then a lathe to shape the handles and the back. 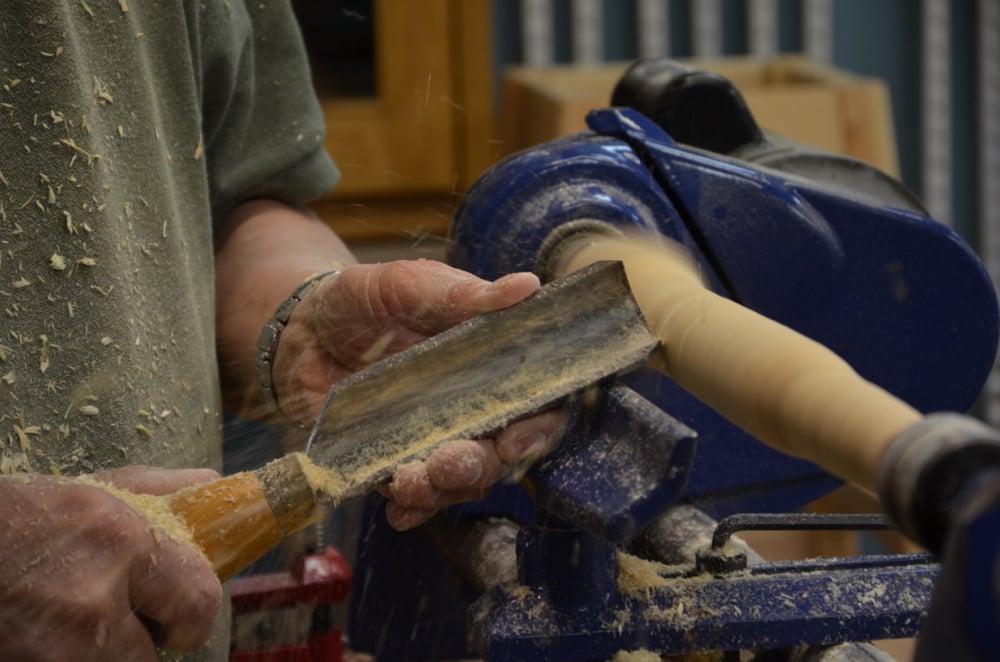 The lathe was for speed and standardisation. It takes only a few minutes to do with the right tools and skills. 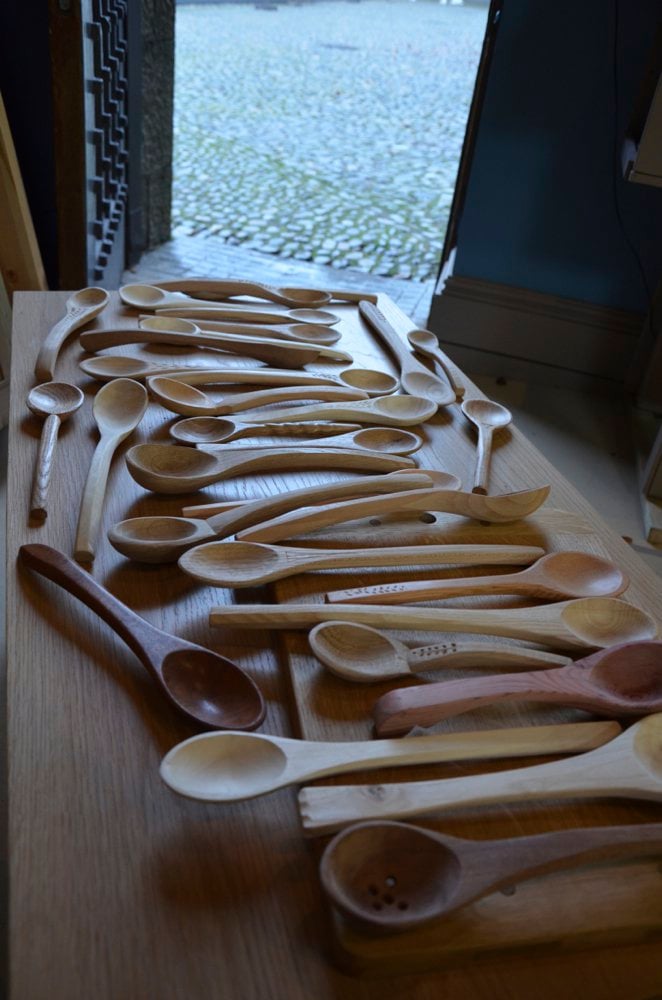 Carving the whole takes longer and the advantage of using standing dead wood or wood already dried is that they go from start to finish in one go. The woods I carved spoons from, even when green, were too hard to carve with a knife. Mesquite and pecan, live oak, it wouldn’t really work. But there is something about knife carving anything that is appealing. Perhaps it’s the simplicity of using something anyone can make to work the wood with. Perhaps it’s keeping it within a sphere of simplicity that needs no batteries or machines or even a mechanism of guaranteed symmetry. 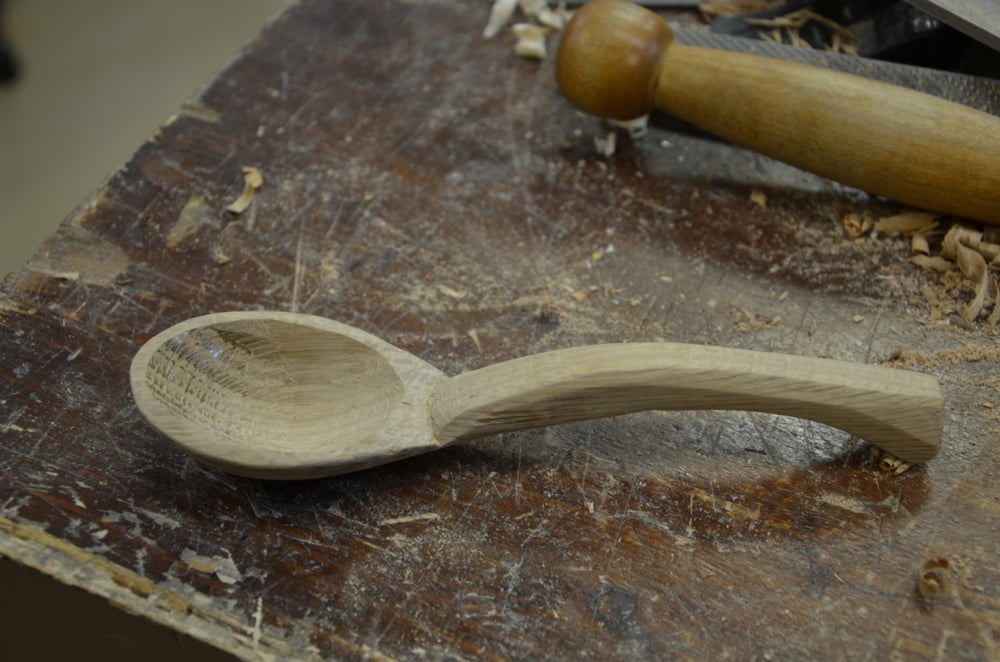 I think it’s just an enjoyable thing to take a green piece of birch and convert it with a knife into a spoon someone will use for years and decades. It’s certainly nothing to do with cost. You can buy a very nice and well made spoon for under £5 that will last the same lifetime. The difference is the anonymity you see. When you are given a wooden spoon by a friend and a legend goes with it, you know it was made by hand, you step outside the anonymous vagaries and unknowns and enter the realms of a man, or a woman, or a child, and you say to yourself, 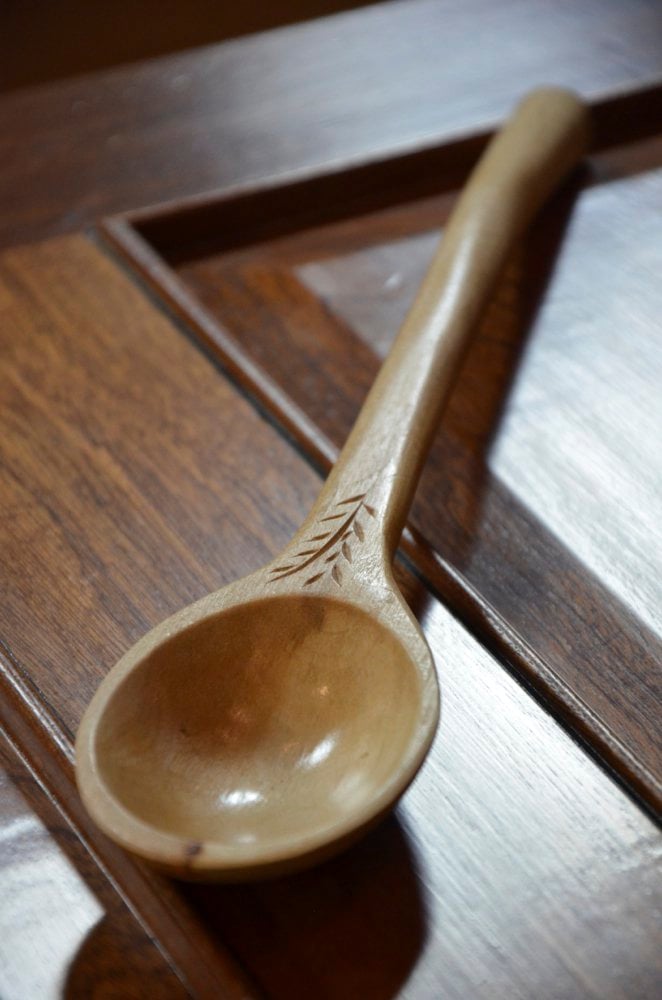 I’m using something made by someone I know made it. It stirs the hot mixes and whips cream and eggs and separates one ingredient from another and then ot rests by the side of the cooker until the owner needs it to serve with.

8 thoughts on “Carving a Spoon In Your Memory”