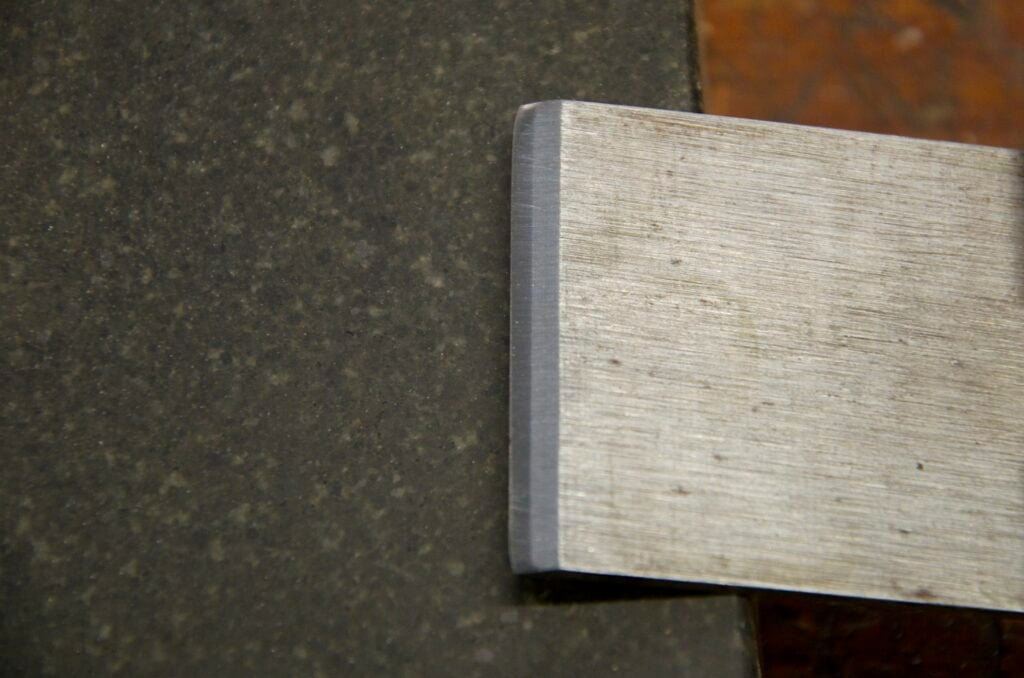 The line is the laminated harder steel fused to the softer and not a secondary bevel as it appears.

I’m never sure about some things but this week I was restoring an older Stanley enjoying myself seeing the rust disappear and helping the students to see the process and the results. Everything went well and the iron was slightly bellied on the flat side and was bent near to the top so we took it to task. Over the years I have learned a few new tricks and have changed a few of my own views too. Here are some thoughts you might want to consider. 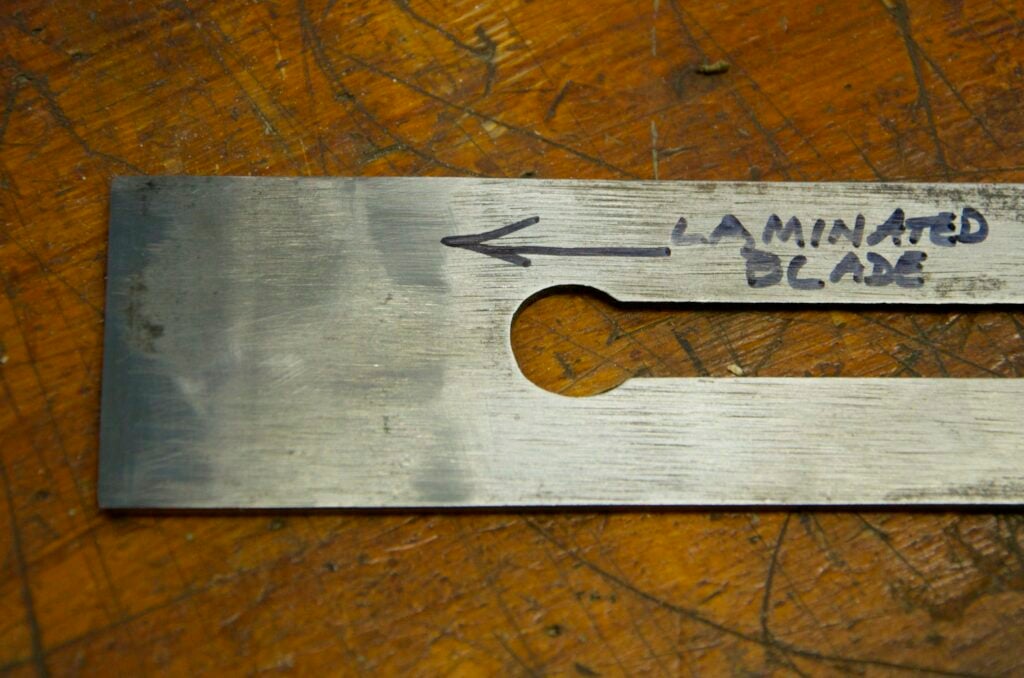 I slightly dished this iron to get the belly out of the way. You can also see the line of the lamination.

Firstly, and I have already said this elsewhere, plane irons need not be dead flat at all.

Secondly, they need not be replaced with any other make of iron and certainly not thicker ones.

Thirdly, if they are bellied they need not be abraded to flatness.

Fourthly, if they are hollow they are ready to go and need minimal restorative work beyond minor abrading and polishing out along the back of the cutting edge.

There, I have just saved you an hour or two’s work.

It puts an end to ruler tricks and even scary sharp flattening faces. Save the time and energy for what you love in woodworking rather than busy work.

But for this blog I wanted to say at last I have come across an obvious laminated English-made Stanley plane iron in the one I bought recently on eBay.

I am used to laminated irons in old plane irons used in wooden planes of old but it is indeed a rarity here in the UK to come across a laminated iron like the one here.

I contacted Patrick Leach at superior works and he offered this:

I don’t know the exact time frame, but they stopped ca.
1930 (my best recollection).

Some ca.WWI, and earlier, Stanley literature notes the
laminated irons, as well as touting their superiority for
grinding/honing due to their thinner cross-section (when
compared to the standard thicker irons of the era).

Anyway, it really takes a keen edge and seems so far to last well too.