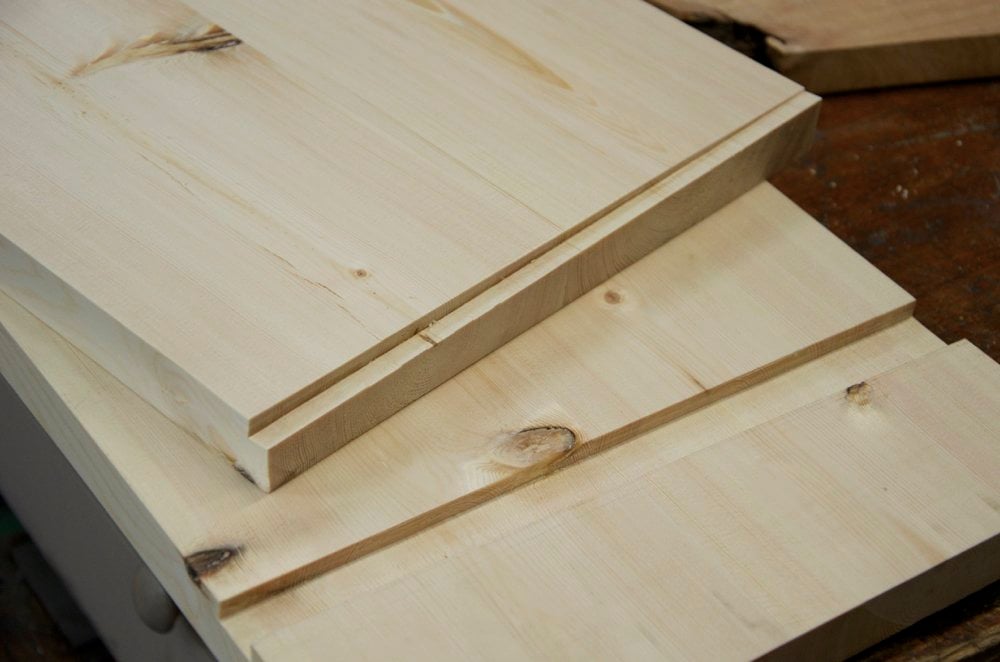 I’m often asked how to create sliding dovetails. I mean people who want to make an immoveable joint across the full width of wide boards with as near flawless accuracy as possible. Now I have seen many sliding dovetails thought my lifetime of working wood but the flaw levels in one part or another were always too high. Of course there are such things as routed dovetails but that’s where the machine does it not you. Aside from that, I could never bring myself to use a router to make dovetails.

Two years ago I spent some time in the Hancock Shaker Museum. Although everything there was 200 years old, and perhaps it was old fashioned, there was something so intriguing about the standards of workmanship in hidden gems throughout the museum. I spent more time looking under and upwards, inside and behind than just in familiar ways we normally look at things. Anyway, I am replicating one of these in some beautiful cherry I just bought in. It does have a couple of unique features you won’t want to miss and that are not obvious. So you can follow this build with us if you like.

Whereas over the past half century people sought modern ways of making and designing, and most woodworkers lost much of the type of connection people like the Shakers had with their work, it’s amazing to see a new-genre woodworker believing in hand work and the benefits that brings to life Instead of their designs being conformed to the limits of their machines they are discovering what I have had for 50 years. It’s a lovely thing to see something like a hand-cut sliding dovetail come together with a handful of simple hand tools. I don’t mean gappy ones but perfectly married ones with pristine shoulder lines and meeting surfaces as tight as tight can be. 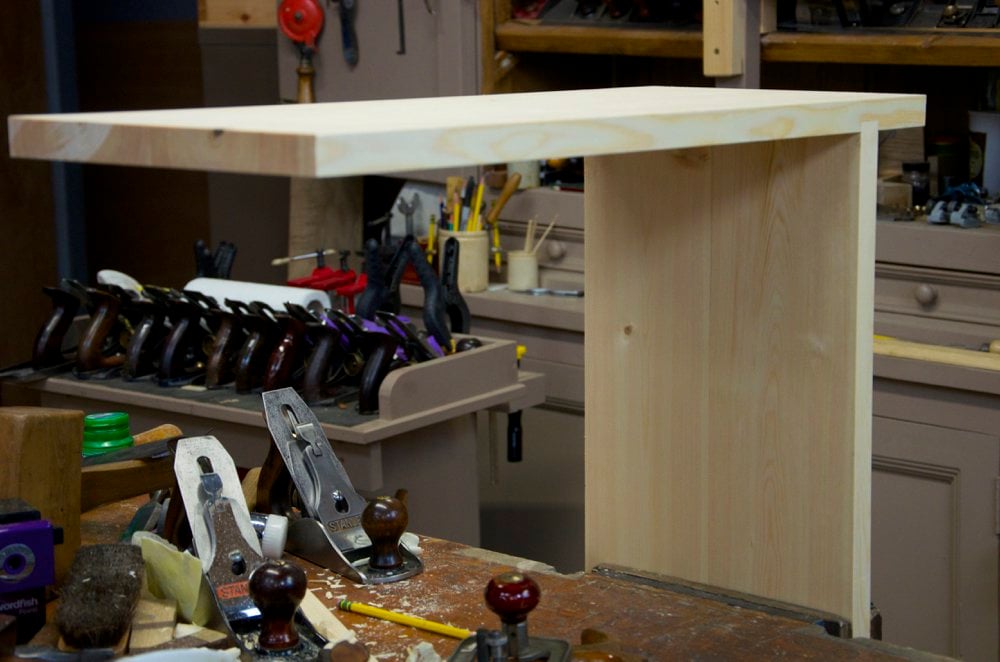 We will be showing the methods I use to do this via woodworkingmasterclasses.com and YouTube too as usual. I will work up a blog on it too for those who like the typed instructions. 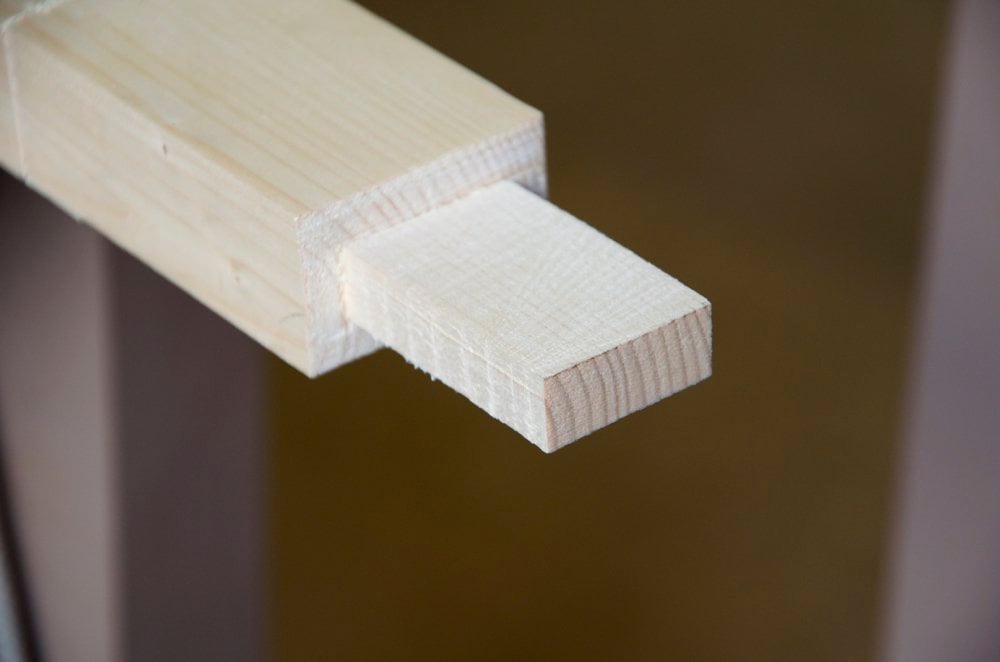 This tenon is straight off the saw. It’s had not trimming at all and I like it because of the fineness of the cheeks and the shoulder lines. When I pull it between my fingers and thumb i can barely feel any discernible surface 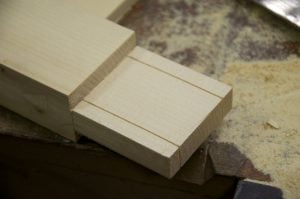 discrepancy even though I can see saw lines from the kerf. I wanted to perfect my bowsaw recently and that meant working on the blade I wanted to use too. I think the results were pristine. 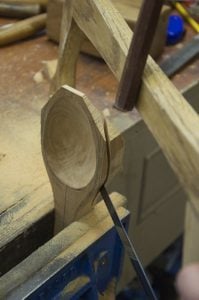 It’s hard for a tenon saw man to turn to another saw type after five decades. I love the British back saws I must admit. Hard to beat I think. The Japanese pull-stroke saws made heavy inroads to dissuade people from the western saw and almost succeeded, but I think that’s shifted a little now, thankfully, and I am glad. I want a saw I can sharpen and a saw I feel comfortable telling people they can learn to sharpen too. Between you and me I really like the combination of the bow or frame saws and the back saw in it’s different types and options. This week has been very profitable in the developments we have made surrounding the use of different hand tools. We are making woodworking doable for the less fortunate working on a shoestring budget and also for this who can afford everything. I feel to be one of if not the most fortunate woodworkers in the world today because of what we are able to do in reaching out to people worldwide.