I think this is the last one at this point.

The joiner’s axe split cuts all manner of joinery and may seem old fashioned and especially so to today’s carpenter-joiner. Even though I am a furniture maker I knew many furniture makers who never hesitated to pull out an axe to advance their work. This was true of shopfitters I worked with too. It was nothing to watch such men scribe wood to plaster, stone and brick to within a millimetre and finish off with a spokeshave or plane until a playing card or less would fit between the scribed board and the surface it was scribed to. In the days I am talking of no one used caulk for gap filling because such gaps never existed except in the roughest of buildings.

Caulking is common place today. In the last home my sons and I and friends built in the US the painter who painted the interior came to me after I had built and fitted the cabinets and finished out the trim work and said he had used only three tubes of caulk in the whole house. He said normally they used dozens of tubes. Mostly I used an axe on the backs of skirting boards to fit them to the floors and to the walls, removing any cupping ensured the boards laid dead flat to the sheetrock and such. An axe can hollow the back of a board 6” wide in a heart beat and do a lot more too. 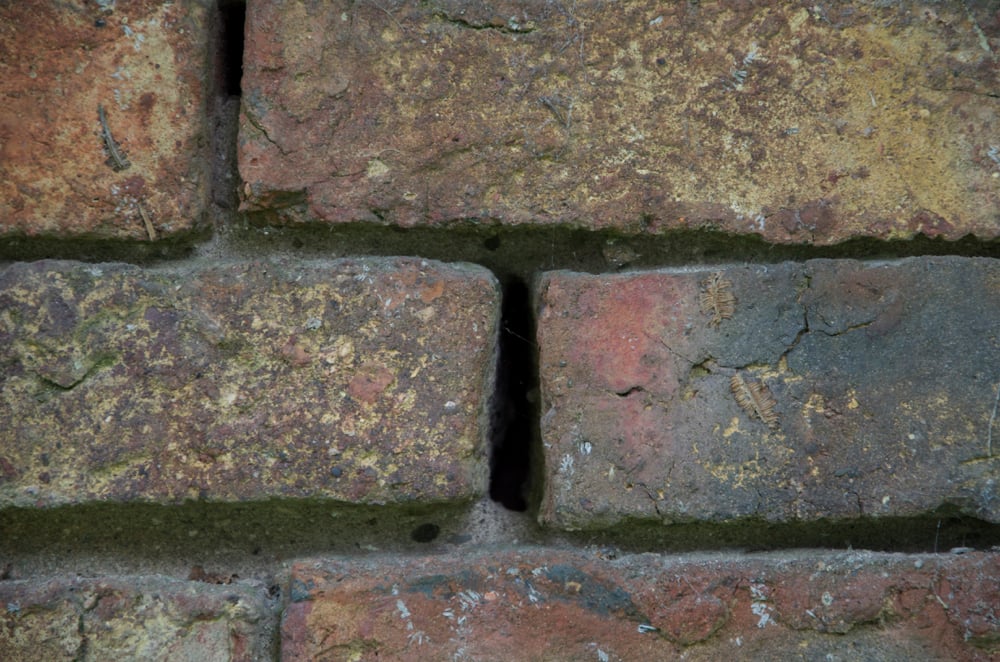 To conclude this series I went to the bricks with my plugs. Here in the UK all older houses were built with brick throughout and that includes all interior walls. That could be 600 linear feet on a smaller home with three bedrooms and double or triple that on a Victorian detached. Skirting boards in old homes were 7” deep and more so two row double-deckers of plugs were needed every two to three bricks, which were and still are 9” long. That could translate into a thousand hand chopped plugs just for skirting boards. Additionally, internal doors were held within casings and frames and these frames too were held in place using the exact same wooden plugs but in this case the plugs were 4 1/2” wide instead of 3”. Each door frame had 4-6 plugs each side. 12-20 doorways relied on these plugs so here we have another 120-240 plugs. Then stairways too were anchored to the brick walls using plugs to attach the stair string to. The plugs followed along the top and bottom edges. There is of course much more to this but wall plates and fascia boards, barge boards and wooden gutters lead-lined and downspouts of cast iron and lead owed their security to these humble wooden wall plugs. 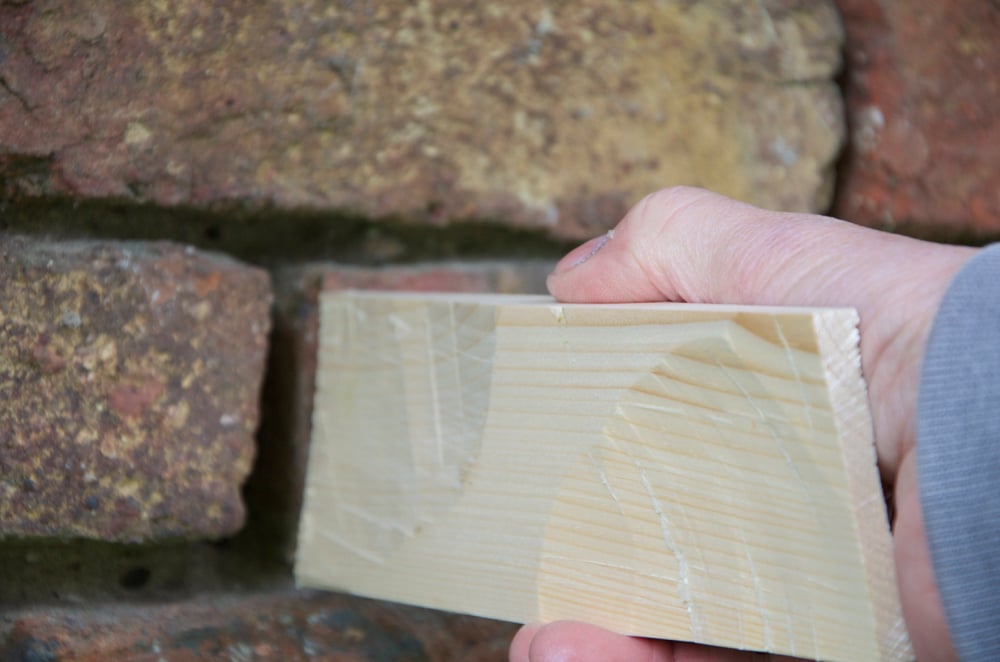 Once the plugs are are cut to rough shape they are generally cut to fit the individual plug holes using the same axe to customise the fits. This’ll sound tedious but it’s not really. We nailed a scrap board to the top of a sawhorse too protect it from the axe cuts and could chop and plug a room every two bricks apart in under an hour. Once plugged and cut the skirting boards could be length-cut, cope-cut to internal corners and floor scribed in another hour. Hammer nailing was fast enough too. I know, a Hilti gun would do the work more quickly, but this work had a quality a Hilti gun just cannot give.

The plug cut this way in the form of a twist means that as the plug is driven into its gap, with the back face of the axe ensuring a full-width-of-the-plug contact, it twists into its gap under the force. Once in place and under tension this way the plug remains irretrievably lodged in place. 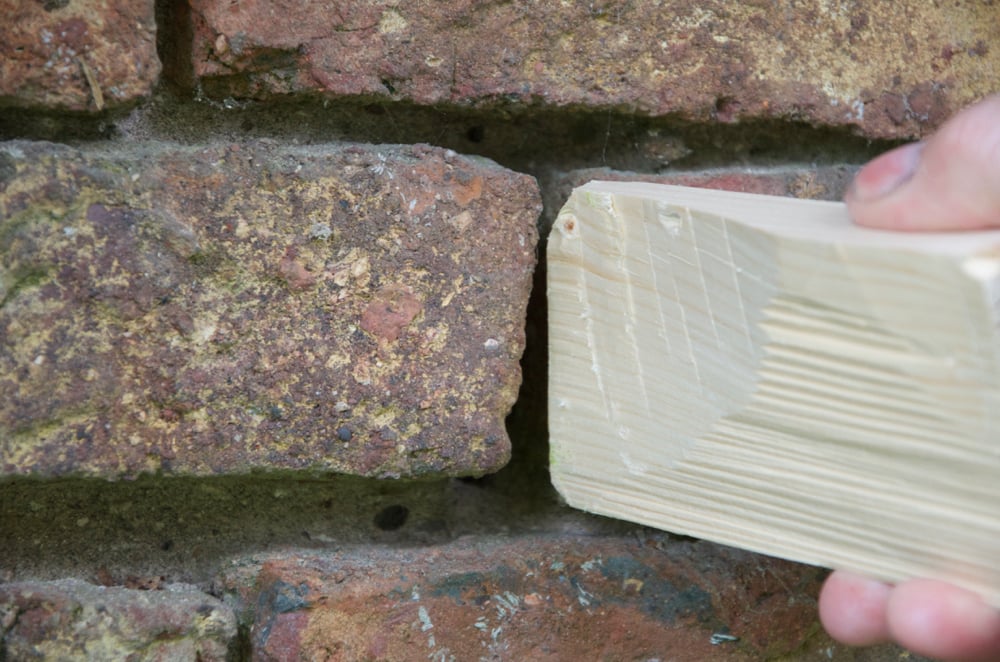 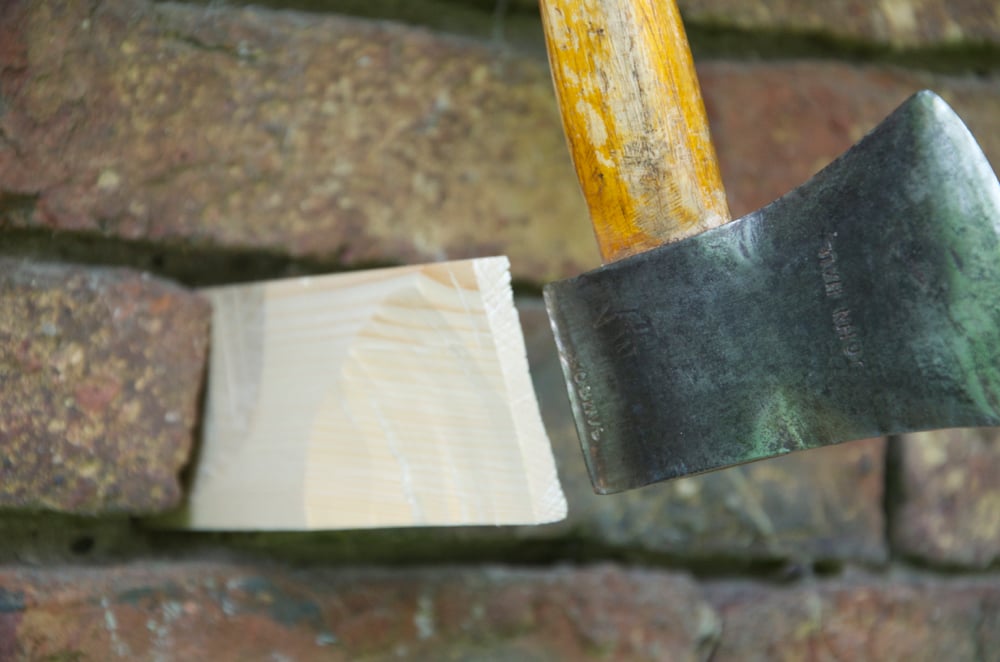 I then drive the plug almost to full depth and cut the plug about a 1/4” shy of full depth with the panel saw. 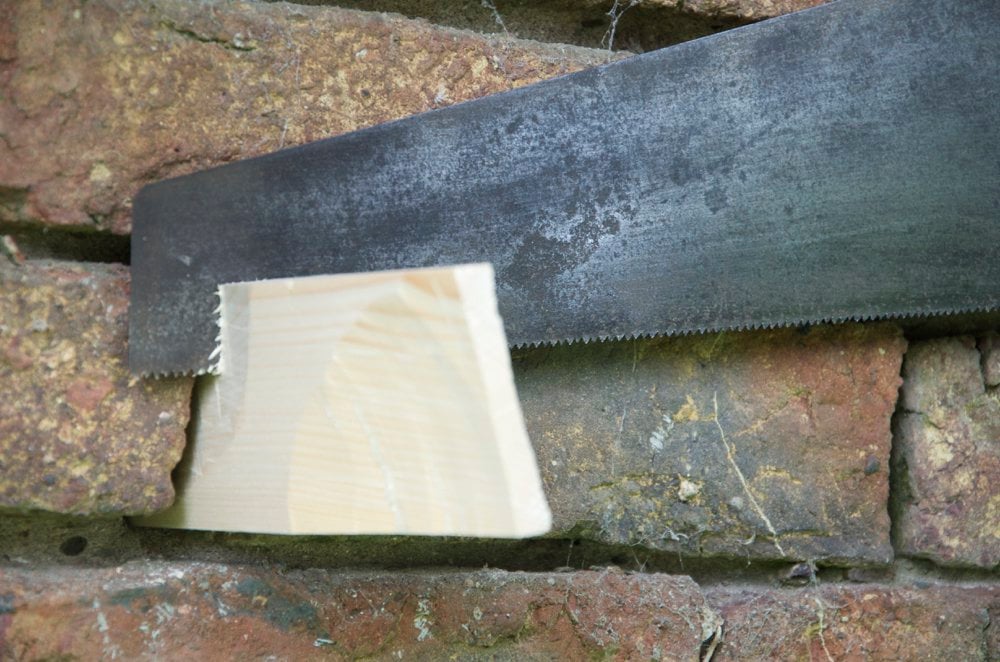 This protects the saw teeth from close proximity to the bricks and prevents scoring the saw plate at all. It also protects the teeth of the saw too. 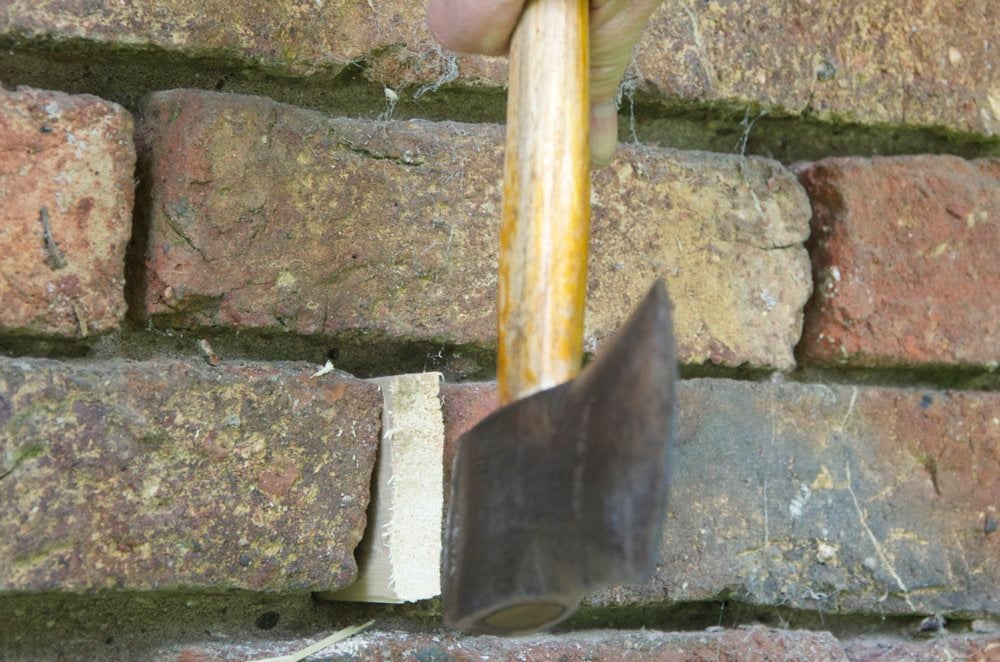 The plug now cut can be driven flush with the rear of the axe head. Once flush, or proud if to be plastered, skirting boards, frames and cabinets can be securely fitted and fixed using nails or screws.

Here is recorded the Paul Sellers’ history and method behind the humble wall plug.