There can be no doubt over the years I have debunked many myths and mysteries surrounding woodworking over the years,mostly to make my world of real woodworking inclusive of everyone and available to anyone. No you don’t need heavy planes, retrofitted plane irons and definitely not thick and excessively hardened plane irons with particularly special steels and cap irons (chip breakers USA for some reason). Saws, chisels and other hand tools have all become more widely understood now and even the very best knife for cutting my knifewall has been distilled down to a very simple and functional Stanley that IS resharpenable costing under £8 and $8 respectively.

A direct result of my work debunking is that thousands if not hundreds of thousands of lost and forsaken Stanley #4’s have resurfaced and found real value in the hands of woodworkers around the globe. When I first blogged on the superb refinements and simple benefits of the very basic and standard Stanley and Record #4 models in defence of Leonard Bailey’s brilliance and to give a well deserved and more global recognition of his establishing the plane of the working man, I was buying the plane on eBay for between £1-4 and paying £3 shipping. Today they sell from anywhere between £15 and £45 and still they are worth every penny and match the very best of the best for many practical reasons. I know we all want a bargain and we don’t mind investing a little sweat equity (elbow grease) into the de-rusting and restoration program, in fact most of us actually want that task ourselves and are disappointed when someone’s done it for us, but paying even much more than £45 for a well used but not abused Stanley is not paying too much. You cannot wear them out. I am still using my Stanley #4 and #4 1/2 after 50 years of daily use full-time six days a week. Yes, I am on my 3rd and 4th plane irons through sharpening (and that’s never grinding them but hand stones only) alone, but no retrofits for thicker or harder irons. I doubt that there are many woodworkers alive that have used a hand plane as much or as long as I have and I can attest to their real value. The only criteria you need to watch for is to buy models from the pre 1970’s and try not to buy the more recent plastic handled models that split. Even so, I have purchased newer models and refitted wooden handles, worked on the poorer finish in the engineered components and ended up with a good plane. 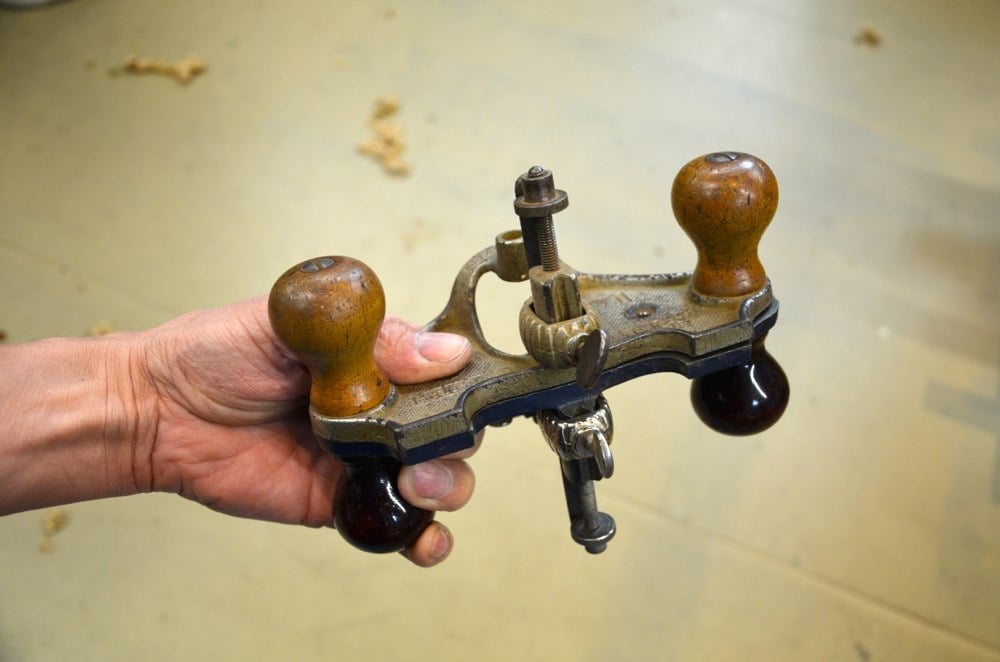 In other areas of woodworking hand tools I have done the same. Cabinet scrapers and saws, are now very much back on the scene and the once much ignored router plane has soared in price reaching in some cases over £100 when in good condition and with all of three cutters. Why is that? Well modern makers made their own versions but removed some of the improved features developed and deemed necessary by Stanley and available with the Stanley and Record models that still had great value to the tool and added versatility too. Now their routers are good tools. Don’t get me wrong, and I am glad they are around, but what looks the same is not necessarily the same. Again, even though it was well over a hundred years ago in some planes, Stanley designers like Leonard Bailey went to great lengths to meet the needs of the users. They tested out their products and added features to reconcile any and all issues brought to them as concerns by the craftsmen using them. So what are these differences. Well, consider the old model wooden counterparts that did indeed remove the fore part of the sole to create an open aspect in front of the cutting iron first. Now hold that though and you will see that the originals were the precursor to the bettered Stanley #71 and Record 071 models. Much of it surrounds the fact that Stanley and the Record knockoffs of Stanley (most of the Record tools were copies of Stanley models) had features surrounding the hump at the front. 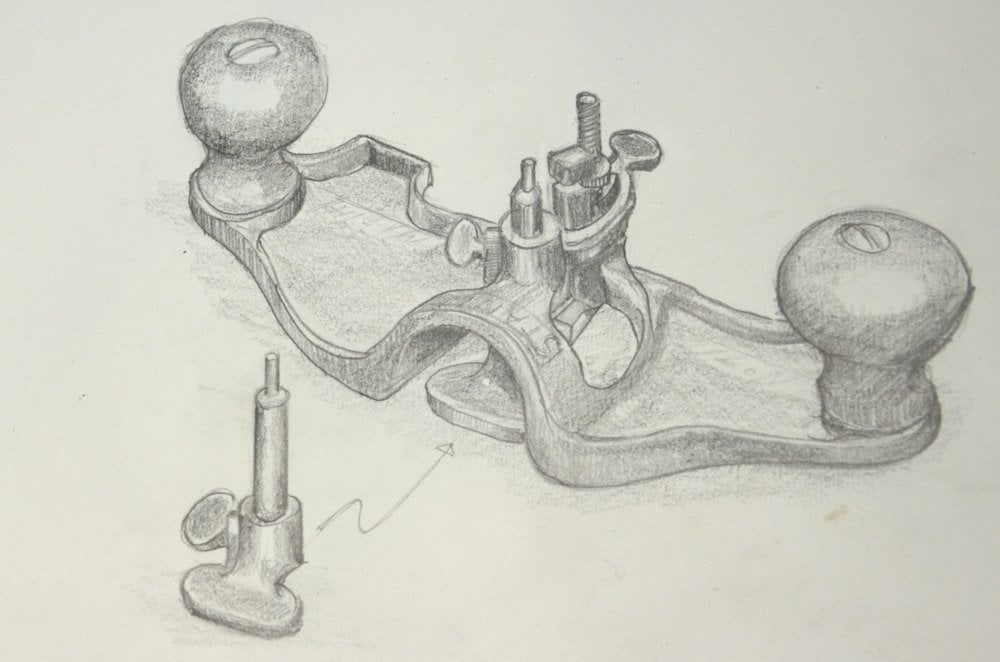 Whereas one of the modern maker’s planes does have a hump model that at first glance looks quite similar to its earlier counterparts it’s not the same at all. Often people don’t really understand that whereas the open throat design may offer some marginal visibility in front of the tool (that’s the hump bit at the front), that’s not the real reason it’s there. You see the old models provided the addition of a gap filler shoe that enabled you to close the gap for narrow work on grooves on the edges of boards and such. But the real reason for the hump was because the earlier models that had an enclosed mouth by the continuous sole caused problems when the housing or dadoes were stopped rather than through, which was actually typical of most work such as bookcases and staircases where the dado housing are almost never through. The shavings in the recess gathered ahead of the cutter and built up in the recess. This meant that shavings often came between the fore-edge of the sole and the rim of the recess, damaging the rim corner of the recess wall, causing the plane to rise up from registration and otherwise creating flaws in the surface of the wood surrounding the closure of the recess by scuffing and marring with the harsh shaving type you get as typical from routed crossgrain shavings.

The modern versions of the router plane are minus many features offered by the Stanleys and Records. They offer no closure to span the gap and no internal post for controlling depth of cut and guiding from within the recesses of say inlay work and such. So to achieve close parity with the Stanley and Record models they offer two planes—the continuous sole without the hump and the hump-backed model but without the Stanley refinements. But even with these two planes, finely crafted as they are, you still don’t get as much as you get with one of the Stanley #71 or the Record #071 models. Look for a post that receives the cutter on the reverse of the post support because this puts the cutter on the outside of the sole and so the shavings don’t get trapped. The Preston router did this as well as both Stanley and Record and so to 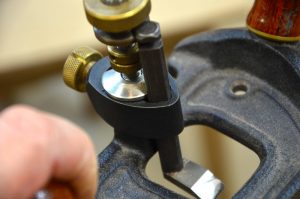 o the Veritas all shown above. 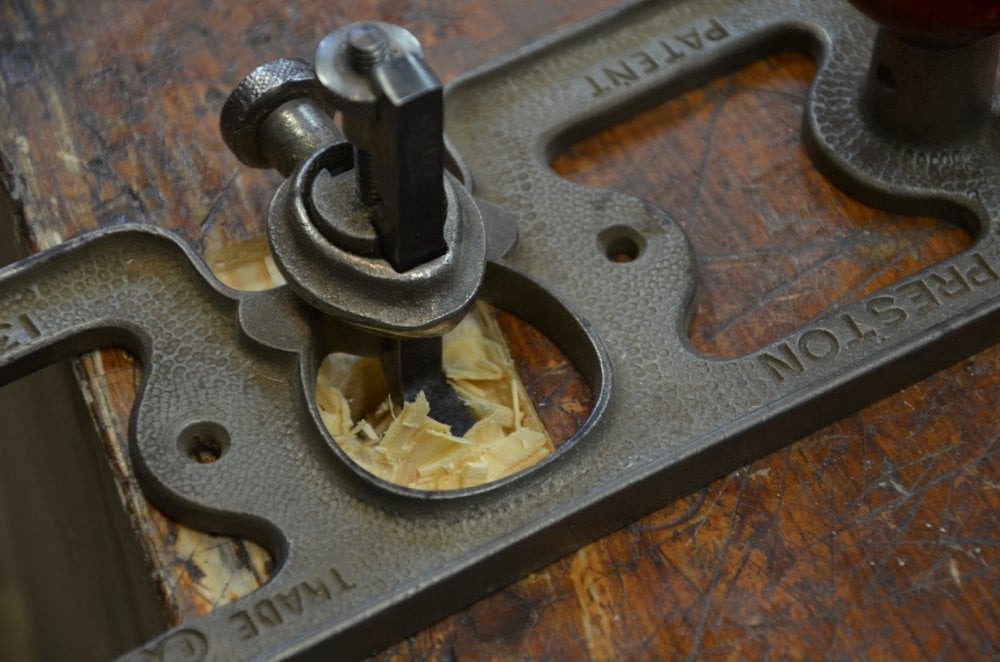 So we see once more that things may often appear the same but never quite give full parity with the originals of Stanley. Stanley invested their best designers to become the best tool makers for the worker and were prepared to invest in the details. Now this is recorded here from a craftsman’s perspective. No one has written these things you see. So now you see why you should really consider that possibly paying even £150 for a full set of the older models is worth the money. It’s yet another lifetime tool that’s critical to your kit. Now watch the Bay prices rise again. Perhaps then one or two modern makers will rise to the challenge and give us what Stanley perfected about a 100 years ago.

22 thoughts on “Debunked the mysteries”