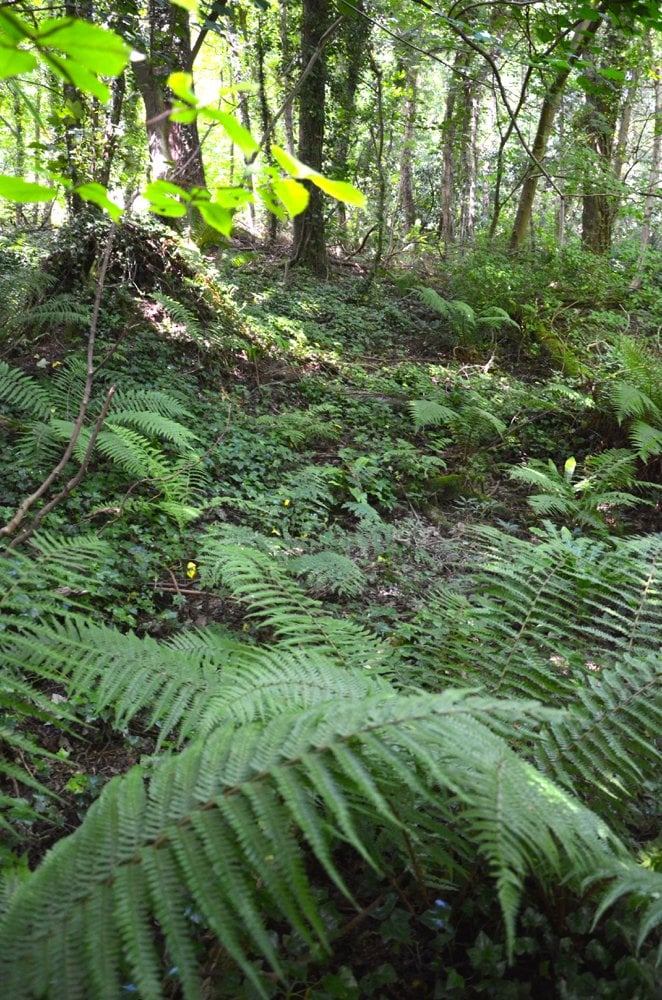 I often see the sphere I work in as a sort of personal ecosystem that somehow belongs to me yet gets shared with others stopping by the door. In an ecosystem all of the components are interrelated beneath the protection of the canopy of the forest. An understory exists within and beneath which fertile life coexists to build up and nurture future life of every kind where creatures, plants, trees and much more engender and procreate new generations within a nurturing habitat of creativity. A workshop provides that canopy and the understory. 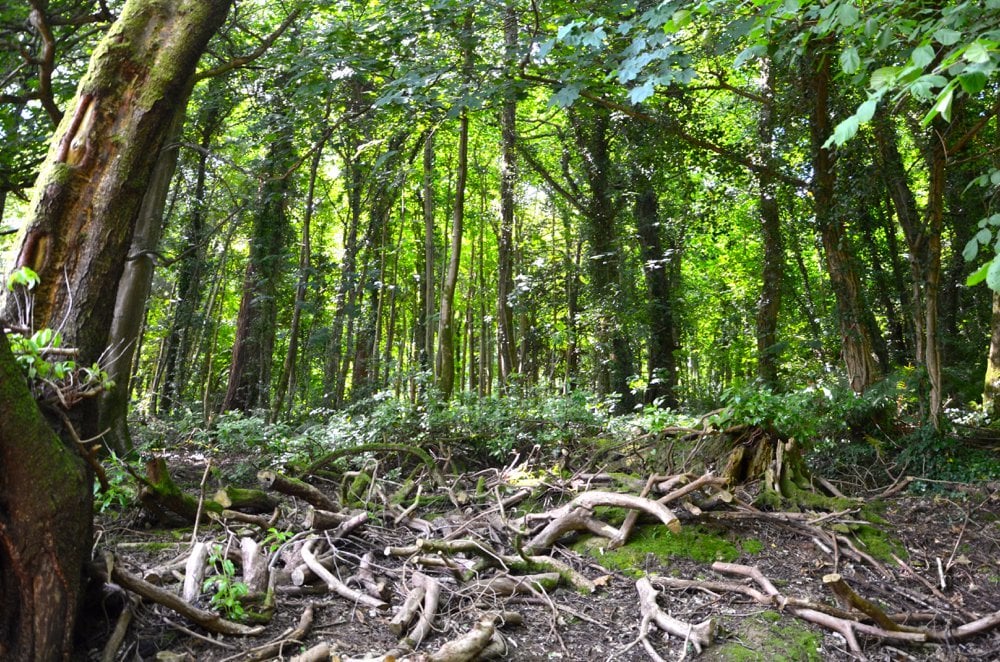 My workshop of course is less natural than the woodlands but more natural than a machinists shop and certainly the factories of mass manufacturing. Ultimately my inviting others to participate in it, to see it and sense it, seems to me something of the mystery ecosystems hold to because it’s different than most shops people imagine. Here my tools work, lie still in protection, and of course I find a place to think and design and work and teach all that would nurture the ensuing generations. People of course only glimpse the surface, assuming I make pieces for the castle, repair furniture for the castle and such things like that. About the number one question is, “Is your wood sourced from the estate?” I’ve watched many hundreds of trees culled out for firewood over the last few years. There are only so many green woodworking spoons you can sell to a world of mass made goods. What was cut from the woods in the past few years would have kept every greenwood spoon maker in Britain supplied with raw material for the the next decade.

Amused by the lack of machines, those a bit more savvy with current trends in woodworking are looking for the routers and power equipment more commonly associated with the more modern ways called power tool woodworking. My concepts of woodworking are different, uncommon, rare. That’s why they linger in the doorway and don’t want to leave the sounds and the scents, the conversations with me and Phil and Sam. They want to participate in who we are and what we do. Our ways are different even than those who know nothing about woodworking and in their assumptions consider my efforts old-fashioned, old-world and perhaps outdated too. But there they stand, an informal gathering surprised by the smells and the sights, imbibing as best they can the scents caused by the friction from the sole of our planes and the saws as we release the essences from split, sawn and planed wood, not knowing that the methods we use are not archaic as they suppose, not hard or tedious but exciting, vibrant, enthralling and indeed they don’t even know that they are suspended in an atmosphere to linger and taste firsthand the sense of hand working labour. 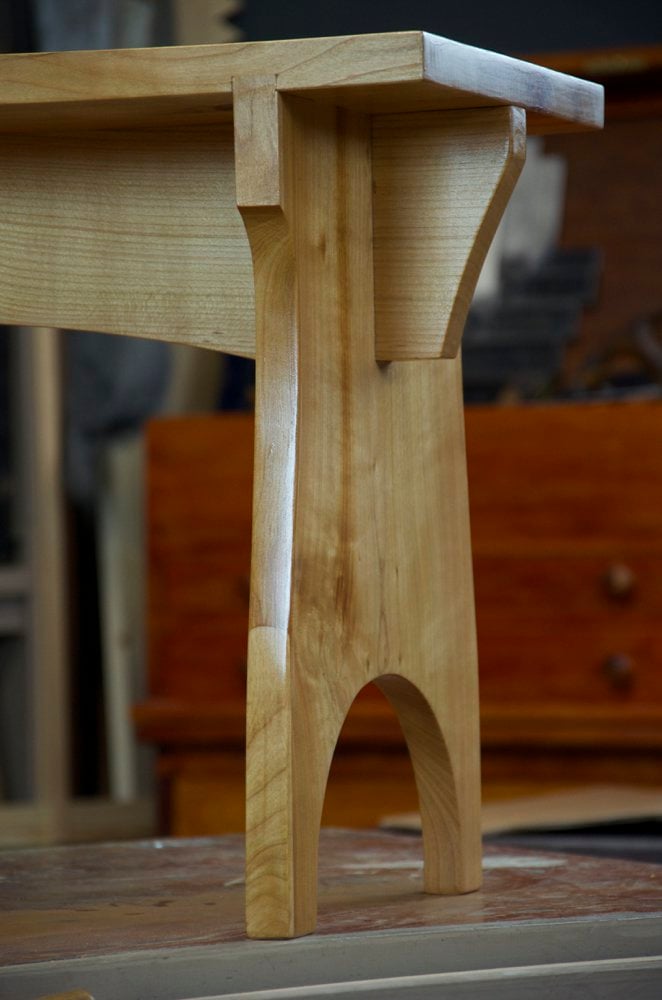 Yesterday a retired man, a lawyer he said, passed through and asked if I might consider making a chair for one of his grandchildren. He wanted one that the child would outgrow and then keep as a family heirloom. I was intrigued, even privileged enough to say yes. He looked at the locked sliding dovetail and I explained how it worked. I showed the intense pressure applied to both fully tighten and thereby disallow any future shrinkage or expansion. His fascination rewarded me of course, but I was thankful I had something to offer a man and his wife searching for something made with skill and love and care. Such is the thing we call inheritance and legacy, that symbiosis of workmanship where a craftsman meets his customer, a grandfather and even his granddaughter, to discuss something yet to be designed, yet to be made and yet to be enjoyed. The word customised isn’t a word I like any more. It’s lost the fullness of what it once held and has therefore lost its meaning in describing such developing interrelationships. This is the environment of a more organic cohesion rather than the mere systematised machining of components. It’s the ecosystem I speak of that includes others to relate to the lives of others in the processes of developing designs designed to fit a specific someone or specific space for a direct need. 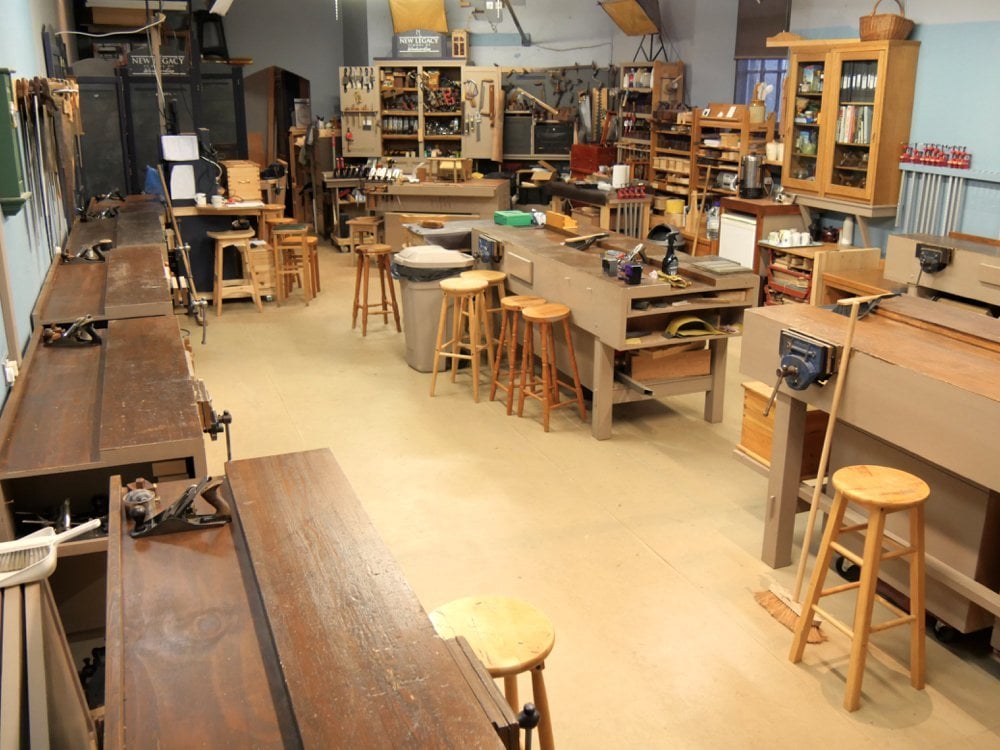 My work style and type, the way I work as a lifestyle woodworker enables me to share such things knowing I am not over burdening the resources the earth provides. I like not being a deforester or a fracker in the way I live and make things. I’m thankful I am not responsible for the destroyed mountains surrounding me and the enslavement of workers to produce. I know a great deal about my craft, just enough to make me conscious of the need for care and love so as not to strain or drain life from the source. To take just enough to allow replenishment and disallow waste of wood and life. I know just enough in my ignorance to know how ignorant I really am. How I work enables me to think about such things as I make the lasting pieces I know will last and provide for the families that entrust the work to me for a lifetime 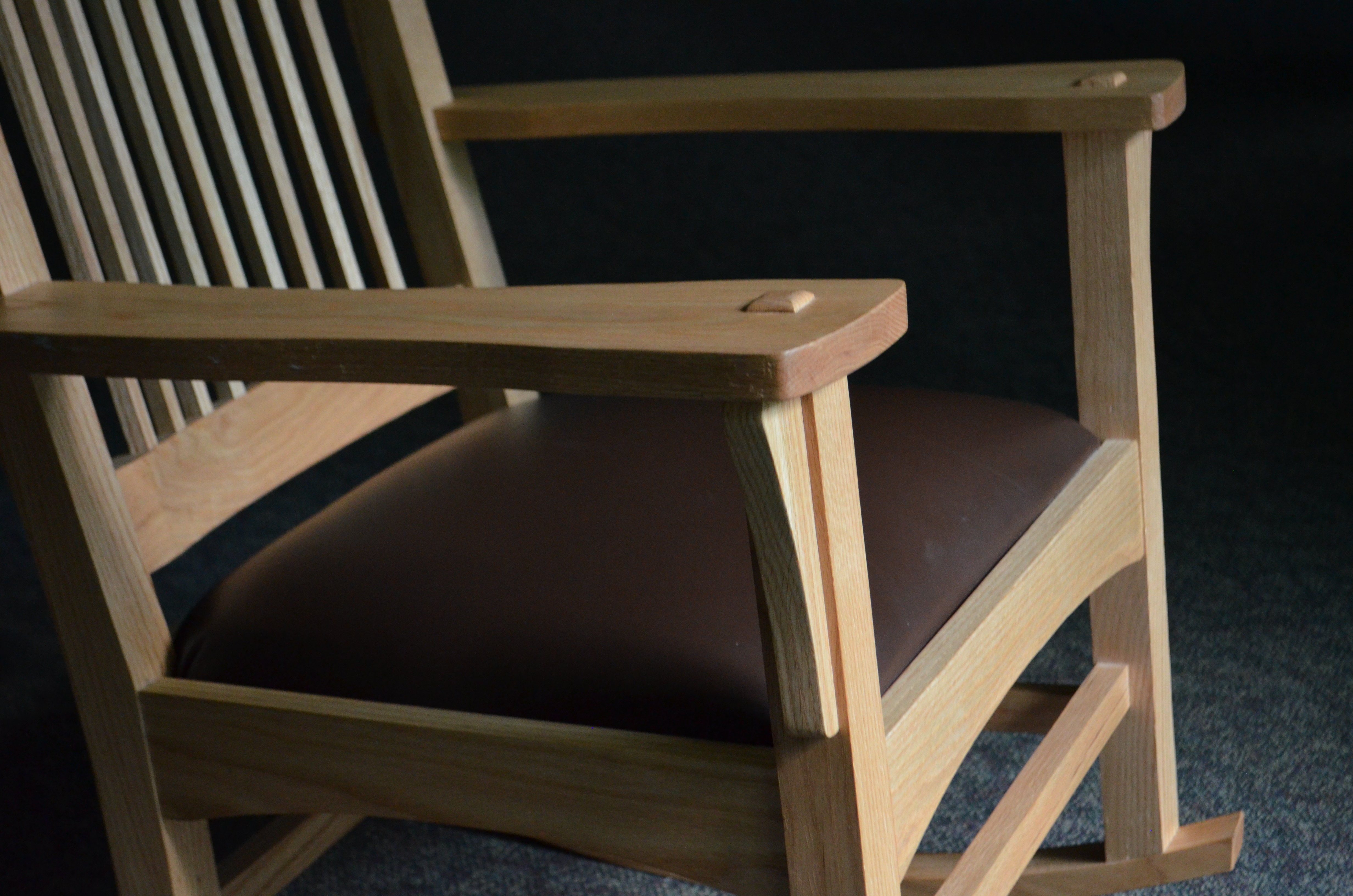 Mick Alexander came in too, to work on his rocker again. He’s closing in on the finish line now and has only the rockers to fit and the seat to upholster. I like being able to share my workspace with people. We do talk about life and concerns, of course we do. He was there when the Danish apprentices came in and got to share some of the space with them too.
I made some frame saws for the upcoming video series and tested them out to try to improve their performance. I think I have succeeded in this and have developed a simple system with blade interchanges that cost almost nothing to make. The oak one comes from scraps and the blades costs £2.50 or so. I want something resharpenable and I have that now. The secret in saw sharpening is the ability to change the teeth at will and according to wood type, thickness of wood and things like that. Most people today don’t know these things. Have you ever wondered why new tenon saws fight at the start of the cut and then set up a sort of harmonic as the cut progresses? It’s because engineers are involved and create rigid mathematical formulas for something that’s quite organic that was an engineer’s answer to what was intensely simple before. The last thing you want with saw sharpening is to make everything so rigidly standard you cannot change their dynamic with a few saw file strokes. Whereas I don’t care for micro-bevels on chisels and planes and such, I do like micro-bevels on saws. I like flex you see. I like to change my teeth in shape and pitch in a few seconds, and I like to keep that kind of versatility in everything I do. I like to defy the text books and the industrialists mass making one-size-fits-all saw making that cannot be sharpened. But that’s just me.

Sharing what I do
it wasn’t easy to give up on some aspects of my life to teach and make videos but it became necessary. All of the information and skills i have learned through half a century are not really mine in that I may own them but they are not meant to die with me. I’m grateful that I have been given time and ability to share them with others.

8 thoughts on “My creative workspace—what it really matters”