…But the future is so filled with hope.

Some years ago I began using terms like new-genre woodworker and real woodworking. I even saw the work I was engaged in as more a campaign if you will. Hence the Real Woodworking Campaign came along and it has really worked in helping people adjust their thinking and reevaluate how they look at the way they want to work wood. Had I not I am sure things would have moved right along along the same vein without me because people were looking for something deeper and skilled work seemed to be calling all the more to them. But the point in it was to draw a distinction that it was more likely that woodworking was more alive today because amateur woodworkers were the ones true to the cause of keeping it alive. It was by their own investigations in a search for how things were accomplished by hand that drove them, not so much the professionals earning their living from it. 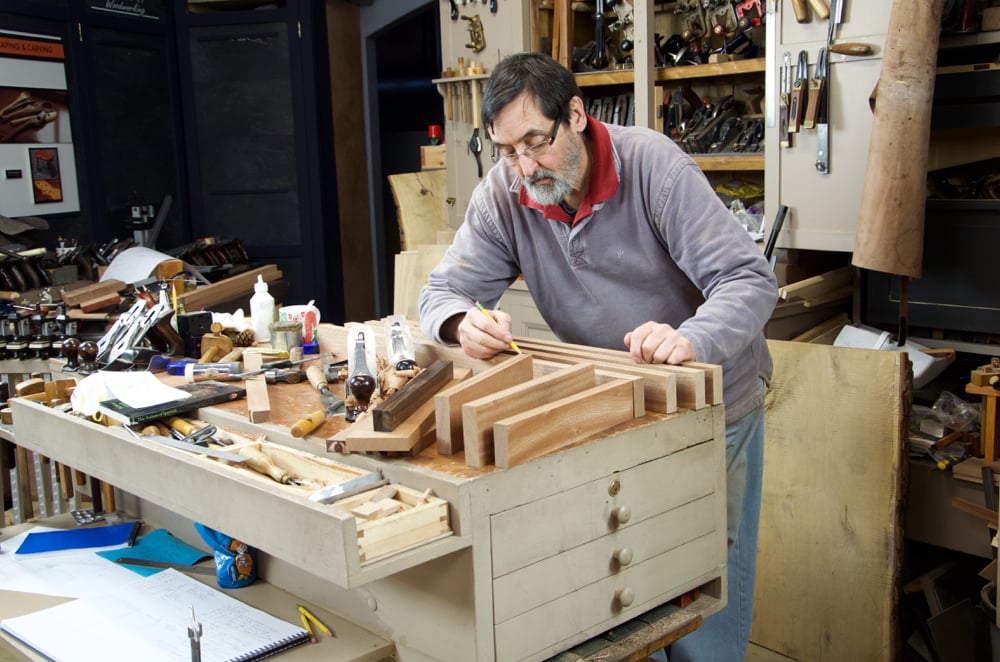 I no longer need to use those terms as they are now vibrant in lived lives worldwide. A dozen emails, posts and comments reassure me that progress seems now an unstoppable reality. Two decades or so back, most woodworking I encountered, having just moved to live and work in the USA, was of course biased in one direction. Now I feel we have addressed the imbalance and people feel more, well, freed, competent, confident, balanced, excited, inspired and so much more. 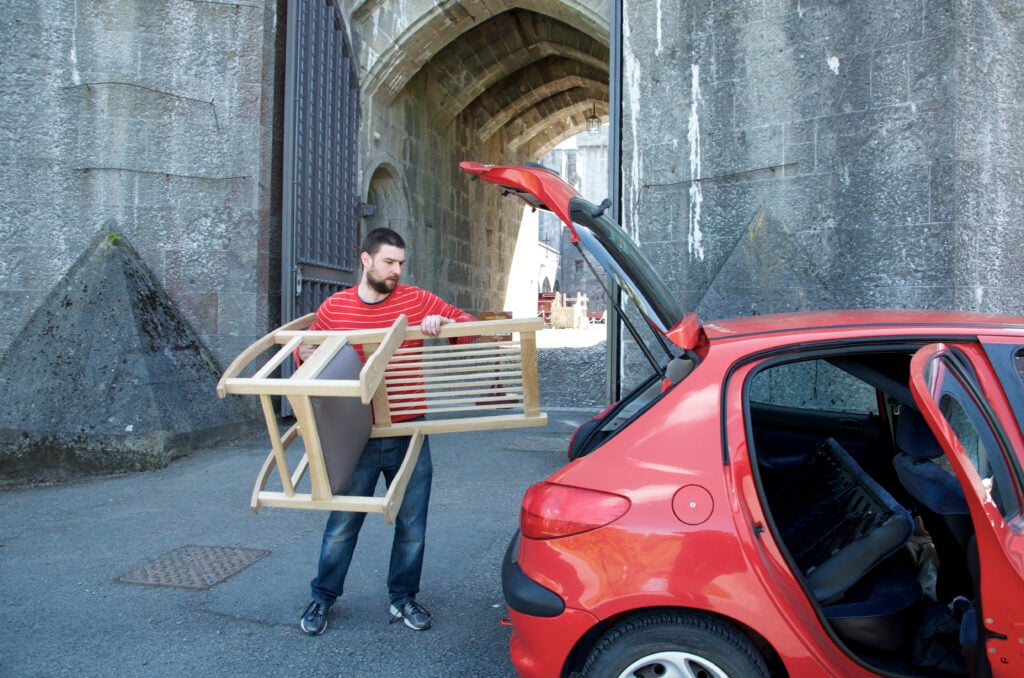 Back then I was most bemused by my findings and at the very least troubled. I am no longer troubled. In fact I feel much more relaxed about the future of my craft than ever before. It’s safely secure in the hands of amateurs around the world. Who could have thought that? So much of what was available then was only partly available in the UK and about half the price of the UK too. Timber of all types many times over could be had for half the price of UK prices as well, and there were many more times the suppliers to boot. In the US this seemed often to be taken for granted, but when I left the UK there were no woodworking stores as such; nothing at all like Woodcraft with an outlet in most major cities of each of the states. That is still the case. Back then, too, there was a dozen and more woodworking magazines to whet your appetite whereas in the UK the offering and content was always somewhat lacking. Most of them have suffered and I am sure that now we have the internet exchange of ideas and such that they will eventually cease to be.

Today we seem ever more to be enjoying great success. Whereas 30 years ago hand tool woodworking seemed to me at least to be dying, today many hundreds of thousands are discovering the pure joy of using them, of developing their skills and understanding the essence of real woodworking. That’s why I say that the Real Woodworking Campaign succeeds now in the lived lives of people who have made real woodworking a campaign they can indeed do, and believe in, and give themselves too.

The period after New Year is always a time of reflection for me. I try to think through what progress we’ve made, drawing on emails and comments from people that show that our has truly changed lives. Serious medical conditions such as heart conditions, diabetes, mental wellbeing have been bettered and in some cases completely reversed. One of the greatest effects has been to see people come out of substance abuse and drug addiction. And then there are those coming in from overseas conflicts that need to reevaluate what life really means who simply started to get their lives together by buying a handful of tools and watching how they can be used with our woodworking masterclasses and YouTube.

It’s hard to imagine depressions being dispatched in the fettling of an old plane and the sharpening of a saw. What more proof did I need to know it was working and the work was so well worthwhile. Love it. Should I tell of the wedding gifts and baby cribs marking special occasions, of children’s toys and children woodworking with dads and mums and grans and granddads, aunties and uncles and friends next door too. All you need is a vision for a future and a change that makes changes and lives can be transformed by simply working with your hands.

I am especially thankful for the success our online broadcast has brought to our outreach. This has very much become an apprenticing strategy when politicians talk about empowering people through apprenticeships as though they own the workforce and own the future too. Mostly they put people onto conveyor belts and we take them off. becoming a lifestyle woodworker has become a reality for many of you. Perhaps it has been a little slow going but we’ve been successful in helping people to see that the day job is important to individual economy and that lifestyle is multidimensional and no one size fits all exists for individualised lifestyle.

A few months ago our moving to Oxfordshire seemed quite daunting, impossible, but now we are beyond the point of no return and I feel a heightened excitement for the sustainable culture we are all living in. Who knows what this year holds for us all.

15 thoughts on “I Love Seeing Where We Came From…”