Meditation and quiet time became important to me even though it is usually during my premium work time when I find myself needy of time alone or with friends or a friend. Some times one is more important than the other and sometimes, as it was when I went to Stoneywell, time to reflect becomes critical in a moment.

This time engaging the senses creates a point of time when reflection starts and separation from what we might consider reality becomes all the more important. At different points last week I took time to meet the past, meet the present and then greet people and engage in my future as best I can. Hand tool woodworking may well seem archaic to many, especially those believing an evolution via industrialism was pure progress emerging to form a better way through mass making goods. But then I look at a high chair for a baby made by an uncle for a nephew or nice and I sigh the sigh of relief. My methods of working have enabled me to engage the world of real woodworking in a different way than most might consider. I am more glad today than ever before that the call I made to shift my priority gave me more understanding of worklife in perhaps a less splintered or fractured way. There has never been an invasion of the silence we need more than today. 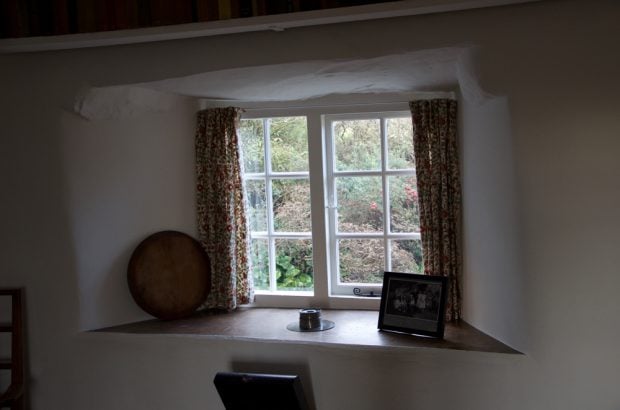 The solution technology may be seen to bring brought with it in equal amount a solution we are often quite blind to. Today I must steer my way through crowds looking down at rectangular tablets of electro sensitised glass to prevent them from walking into me. This is a distortion not unlike getting into a car and then looking down at the pedals expecting everyone around you to make sure you don’t crash into them. Magnify this a thousand times and you get a picture of the crash course our wellbeing is sometimes on if we don’t take charge of our things and put the breaks on cultural pollutions.

Visiting Stoneywell this past week, thinking about my visit, brought the certainty of sanity to my soul. I began considering all the more about the influence the Arts and Crafts ‘Movement’ had and started wondering if it, well, simply stopped. I mean did the Arts and Crafts movement as a movement stop and the answer is I believe, yes, it did.

The Arts and Crafts Movement did indeed spread through the last decades of the 1800s when a handful of people made a decision to make change happen. Of course it wasn’t the only social move of the era, just one that set certain precedents to inspire people to get off the industrial conveyor belt of the era’s industrialisation and take charge of life in a more balanced way. The ideal was to turn the home, office and workplace into a living and vibrant way of life; to make the home artfully developed and lovely. Whereas we may adopt furnishings and decorative materials to enhance where we live, the real art was to follow a path of self discovery working quietly with our hands and finding that place where things felt well in the doing of it.

Consider this if you will. Just reflect on the words and ask yourself if this could not influence changes to the lifestyle you live:

“Nothing should be made by man’s labour which is not worth making, or must be made by labour degrading to the makers.” William Morris February 17 1884

There is no doubt that Stoneywell, now in the hands of Britain’s National Trust, was a lived belief. The home and its surrounding work, woodland and then other homes beyond are set in beauty and an intentional alternative to what was taking place just a few miles away in the industries of Britain’s inner heart as an industrial nation striving for dominance. Just as emerging nations striving hard for economic and political acceptance around the world are dying faster than at any other time in history from air pollution alone, so it was in the days of which I write now. 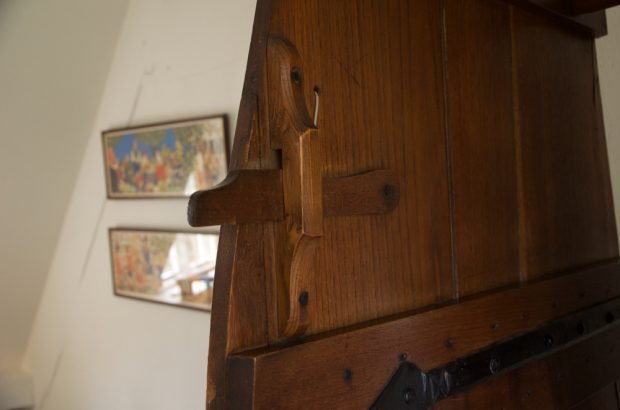 It isn’t just the west that faces the new pollutions from technology but while we did export our industries from the past centuries to fuel the same fires and furnaces on other continents we once died from on our continents, they face the worst pollutions of both at once. My trip to Stoneywell was a relief into hope that by changing lifestyles we can impact a future for families who see the past and learn from the good and the bad and the ugly of it and replace it with beauty. I’m not looking for some artificial utopia but just dismantling opinions (including mine) to rethink what the Arts and Crafts Movement had to offer an era in its day today. The movement I speak of is one that did not merely create a nice range of furniture and furnishings but a way of respectful living. The movement did indeed stop. The question now is how much of what was intended could still be valid with families today? I will explore this and see if such a thing can happen for us. 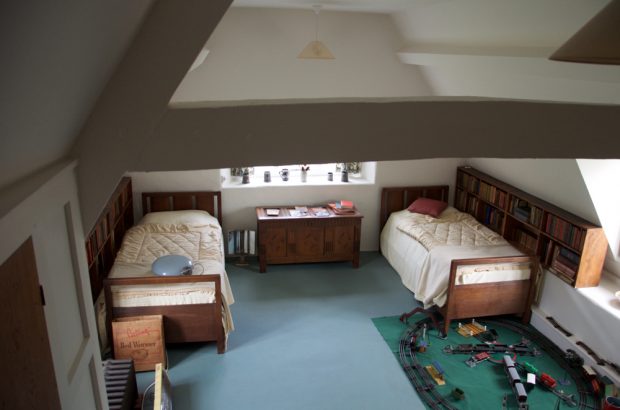 The cottage and its furnishings exude a belief if you will in that ‘movement’. From the ground up the structure seemed firmly settled on its own bedrock, the bedrock from which the stone was split and parted but not dressed to misfit nature as was the common effort of the Victorian era but fully intended to fit within the nature that gave it birth.

There can be no doubt that the originators, the Gimson brothers Sydney and Ernest were both influenced by that movement profoundly. Whereas some might eschew the title holiday home or summer house, and in many ways I agree, the home was indeed a summer house to which the family retreated during the warmer months each year to perhaps escape the humdrum of city business and pollution.

Culture by its very definition is influence. This influence goes beyond any other power to transform and shape the way we are, think, move, talk, what we eat, drink, where we go, how we go, communicate; culture in fact defines just about everything we do and are. Culture has a sort of empowered influence that we see and feel, experience if you will. As I walked around the home, the grounds and then the beautiful woodlands, the word that hit me was ’retreat’. Culture surrounds us in the everyday of life, yet we limit this power to more specifics than the whole. Such is the way of it. No one can ignore it or truly define it. It is the unfolding development of humanity transitioning through life as an unfolding evolvement of who we are yet to become on the journey. 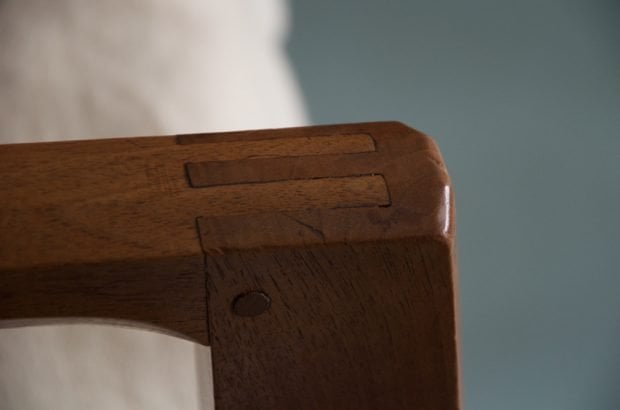 It’s this culture that has redefined woodworking through the past centuries in that the tools we reach for have changed and we too have been more adapted to the machine rather than the hand tools we would have known in a past era. People in woodworking didn’t change become more skilled but less skilled. Workmanship was dumbed down to the rotary cut and what we can still take pride and fulfilment in is still readily available to us today if indeed we want it. This might explain just why I speak so much about the difference between hand working of wood and machining wood. Very far from one and the same.

When you find a day free of things visit Stoneywell. You must book in because of limited parking and access, but this place needs our support. You’ll love. Just love it! Give ’em a call.

14 thoughts on “Stoneywell––Culture and quiet time”