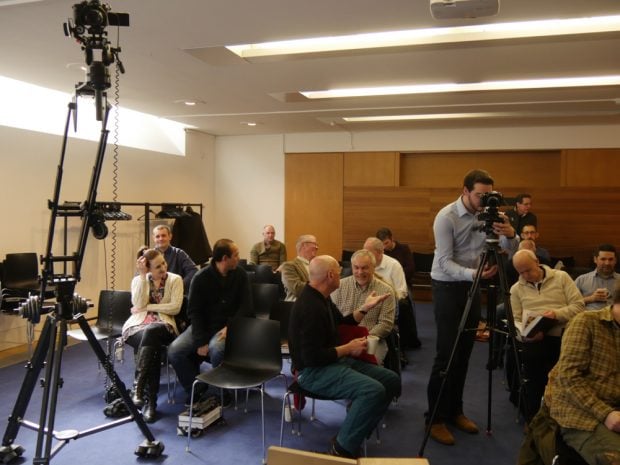 Well, the book’s launched and the first ones were signed yesterday and everyone felt the book was larger and more than they imagined it could be. That was how I felt too. I have learned as a designer maker that it’s one thing giving your pieces your very best shot but then you hope the people you made them for feel as much as you do when they see it. There was no doubt in my mind after two hours of signing new books that everyone loved what we pulled together. It was such a pleasant surprise to hear what everyone felt about our work. 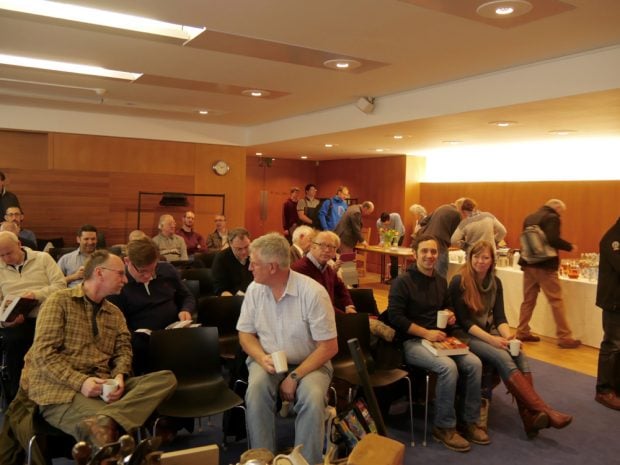 It was a strange thing watching my workbench slaloming between ancient Greek works of art and people carrying the pieces I made for woodworking masterclasses alongside the tools that formed the basis for my book. 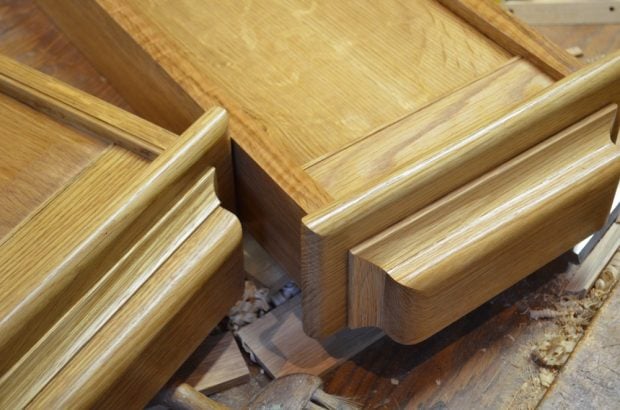 I couldn’t help but feel the real value of creative work spanning the generations and millennia as we continue discovering the meaning it has in our lives today. Academics study the ancients through their uncovered works and we still use the moulds and shapes developed as Roman classic shapes in older moulding planes and new router bits. 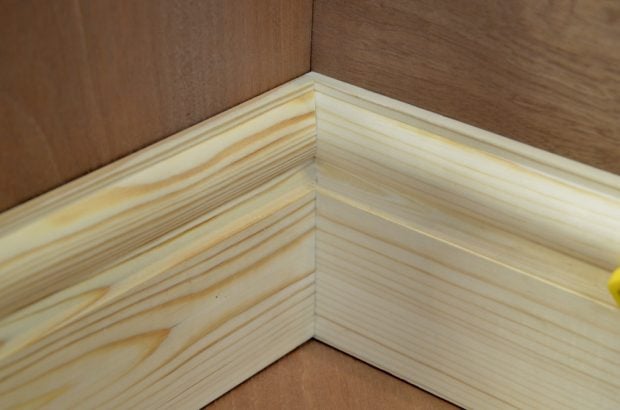 I like the thought that something once new and innovative to a now ancient culture still finds value, validity and place in our modern world, but then I wonder whether there might be a new frame of reference to reference work in today’s culture that might reach into the future in the same way. 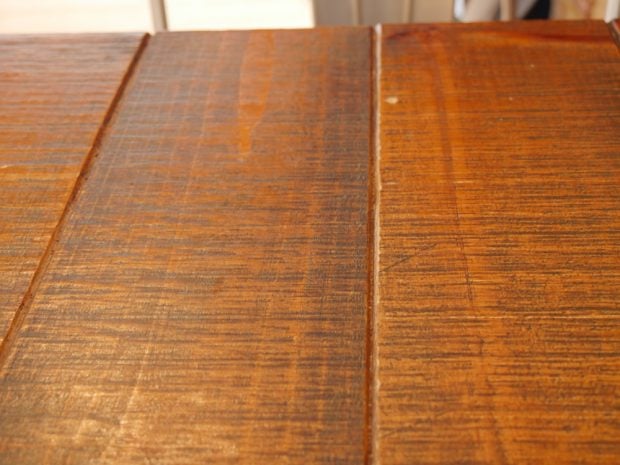 I sat in two cafes this week here in town and then saw other public places where scaffolding planks sanded from the rough-sawn surfaces created clunky, shapeless tables and chairs that people commonly call ‘character’ pieces. I am not sure when characterless became redefined as character but in my day character meant something much, much more. 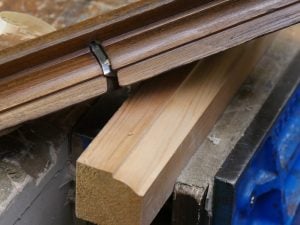 Perhaps it’s a societal kicking at the goads in the same way the next generation of the middle class kids back in the 60’s rejected what they considered their parents middle-class, sub-urbanist hypocrisy of the day and started a movement that still lingers today that we called the hippy (hippie) movement. Some things do emerge to become their own sort of classless, even soulless unconventional work of subculture emanating from the drop-out free spirit of the day really.The defiance rejects convention and the demands of fine workmanship in real terms. 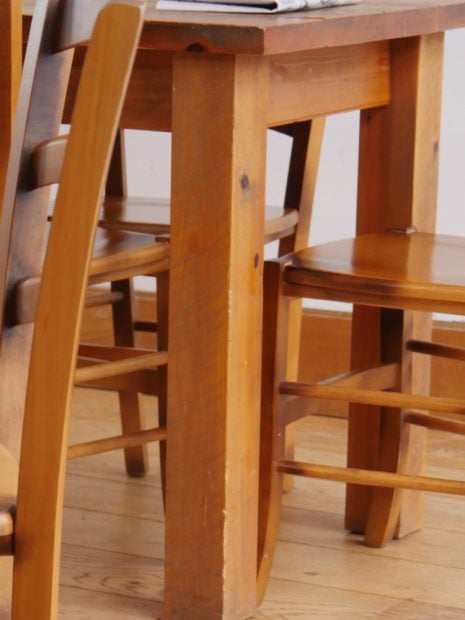 A bit like square-edged picnic tables from treated wood where the standard then becomes a complete intercontinental look-alike product. I certainly see these as just being cranked out for a fast assembly and subsequent sale and then copied by individuals for home making. I suppose, in reality, they start out as a styleless concept and end up becoming a style of sorts. I think we might see the idea initially as, well, cute, but cute in the sense of being devised from unconventionality rather than cutesy cute if you see what I mean. You know, cleverly devised, functional, low-cost simplicity. Not much different than taking some sections of rougher, unstable and even punky wood and calling it by a name like character oak or something. Is it pure opinion or is it something excusing what once might not be useable or, more likely, saleable? On the other hand there is the consideration that anyone’s first steps into DIY could be to make something simply from planks of wood and nails. Buzzing off the rough edges with power sanders makes something palatable in the sense of useable and functional, if you’ll pardon the pun (slightly adapting the proper spelling). 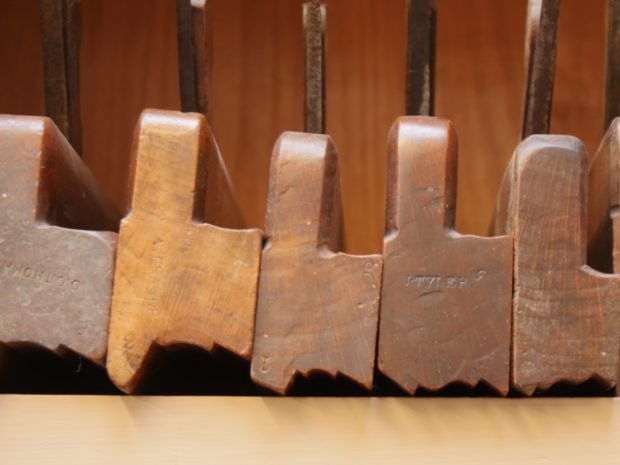 It did make me wonder how classic forms can span two millennia to the point that Roman ogees, reverse ogees, torus and astragals are still the most commonly used router bits and they all came from the roman period.

Anyway, just what does the future hold if we start out with scaffolding planks as new-start scaffolding to launch new design concepts from. Doesn’t that open up a whole world of design possibilities to a new generation? I love the thought that whether it’s just a stepping or a permanent DIY effort simply make your own things it is pure DIY! 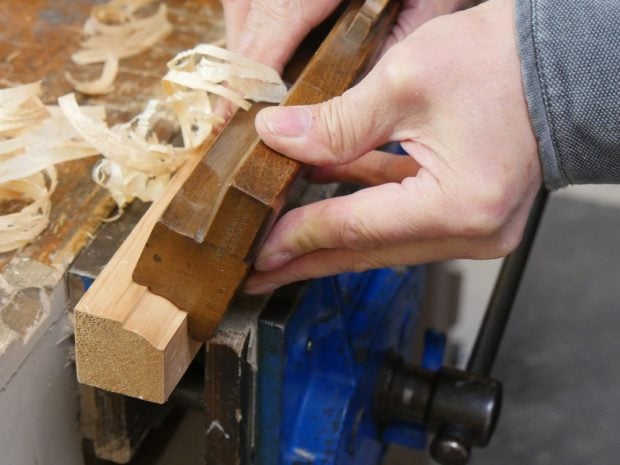