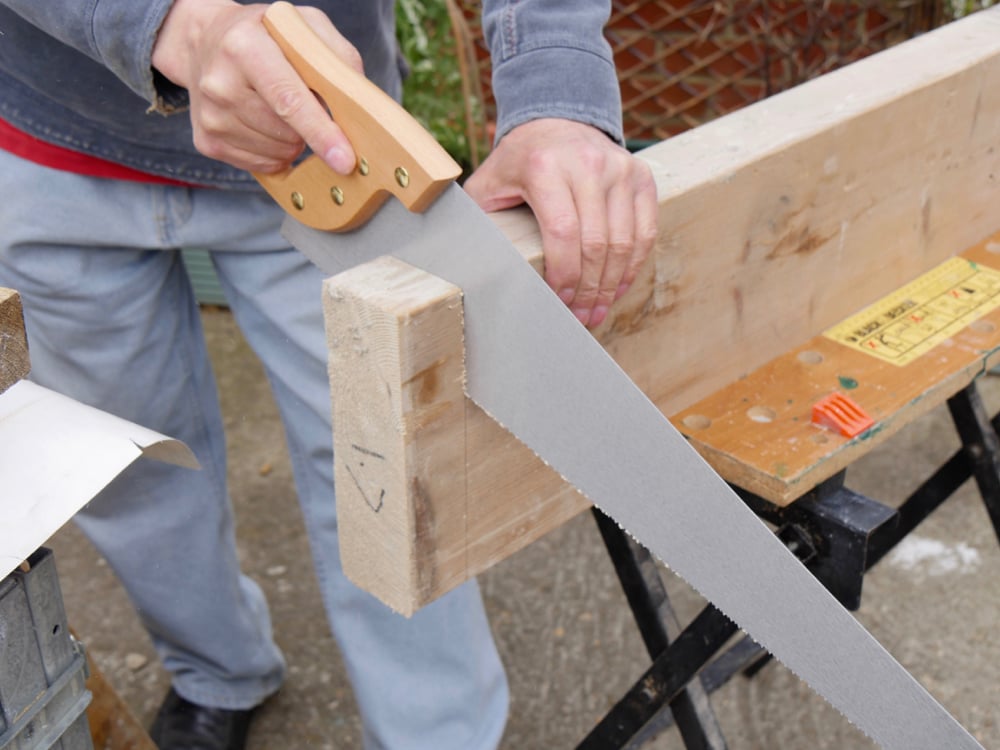 I did as I said and tried out theSpear & Jackson handsaws, one dedicated as a ripcut saw and the other a dedicated crosscut and I like them both. I have done the same with their 12″ tenon saws too in the past and they came out great with just a tiny bit of tooth reshaping to a rip cut. 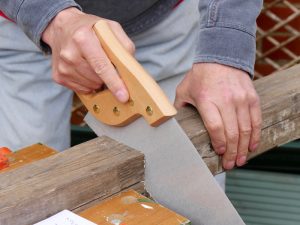 You don’t really need a crosscut tenon saw as such because you want a saw that will do both ideally. These past three weeks I have used the handsaws for the cutting of large and heavy sections of both softwood and hardwood all be it that the hardwood was reasonably soft in that t was birch. But I have to say that the saw never balked and it is still crosscutting very nicely after many hours of hard work.

Here I even caught and cut into a nail but could see no visible effect to the teeth that caught and the saw showed no signs of the connection. 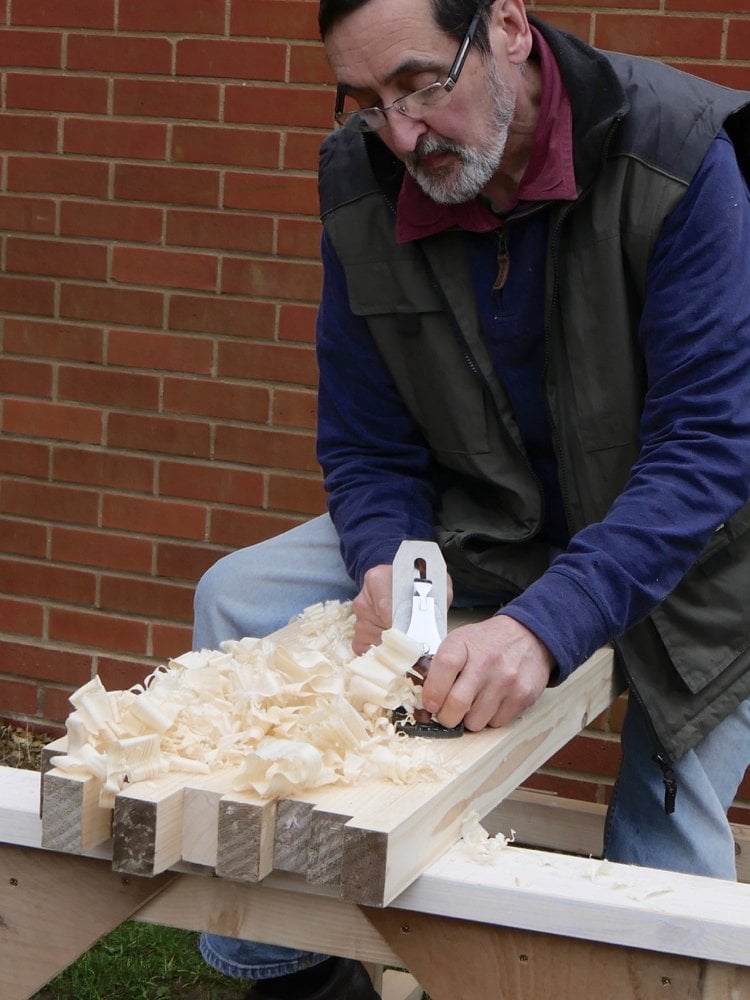 This became one tool that really has surprised me has been the Silverline #4 smoothing plane. I now pick it up with equal favouritism to some of my longterm user planes and that without compromise at all. Remember this was the one that for me came flat and needed no flattening from the package. Using it for surface planing wood with some very hard spruce knots consistently proved the cutting iron for me. 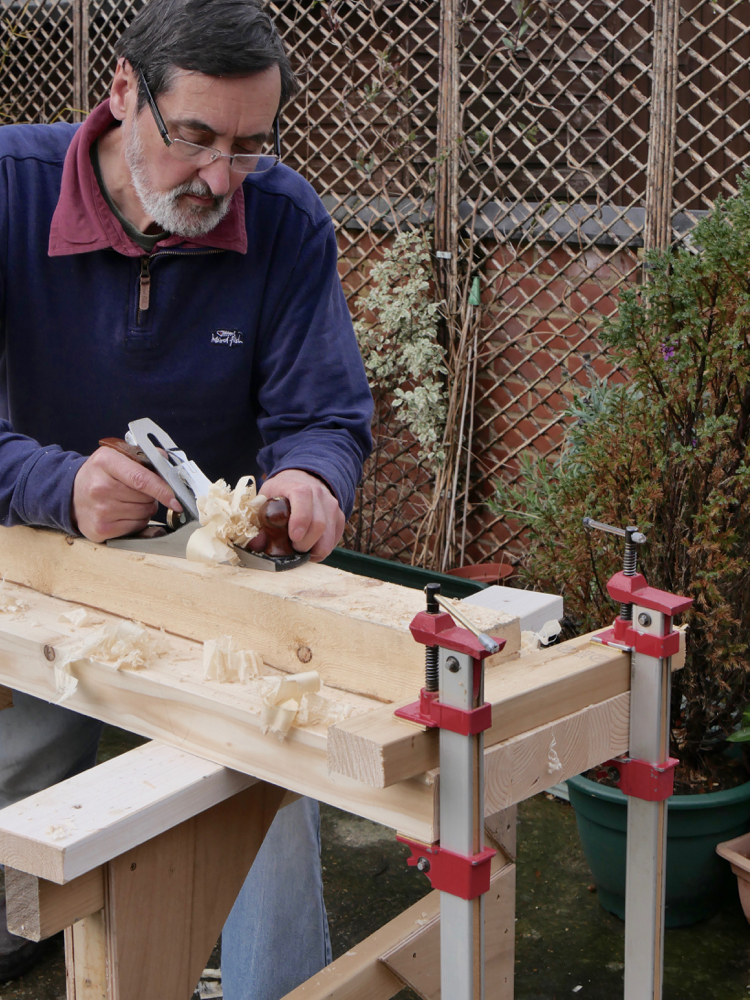 Anyone who knows spruce knows that the knots are harder than any of the common hardwoods. I used it on old growth longleaf pine joists with old and resinous knots as well and the cutting edge just kept going. I was amazed that the plane needed sharpening only twice in two weeks and that it felt so comfortable in my hand. 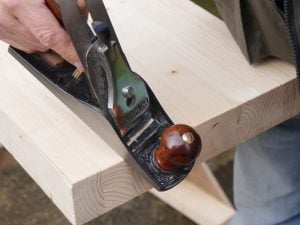 Remember that beyond flatness of sole this import plane manufactured for the Silverline branded line of tools was the one that required the least amount of work to prep it for work. The iron takes and holds a good edge, paralleling anything you might get in the premium plane range. Currently they sell for between £12–15 new and with free shipping via ebay, which makes them an affordable plane for anyone getting started. I have yet to really find a plane sharp enough straight from the box that suits me so I am going to sharpen them no matter what anyone says.

Certainly the Silverline plane seems to surpass what I might expect from the Stanley stable coming out new these days. I’ll keep it amongst my users and give another update after six months. So far I am very happy with it. 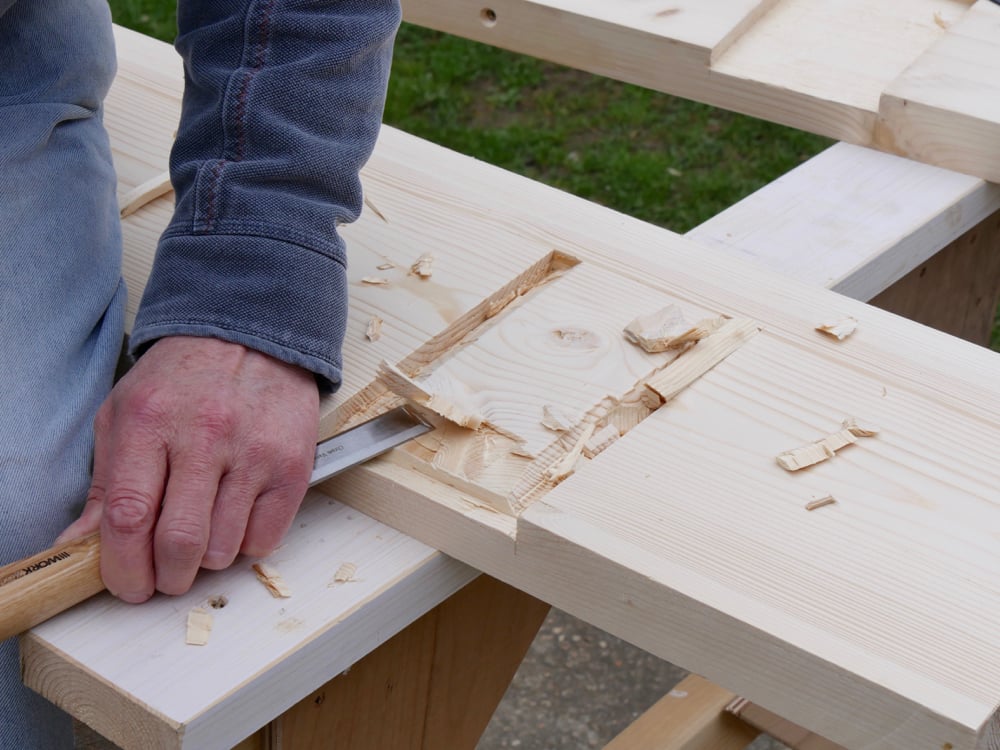 So, add these two tools to your Aldi chisels and you are well on your way. The chisels too rocked all the way through the hard knots without a chip to any edge after many mortises and housing dadoes with wide surface areas totally removed with the chisels. That’s £8 for the chisels. The plane and saw tested out well for £35 for both including delivery. 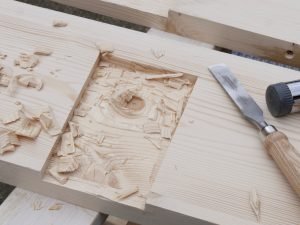 These will do what the high-end ones will do to get you started and beyond I suspect and you may well feel greater affection for them as they serve you and keep them throughout your woodworking life.