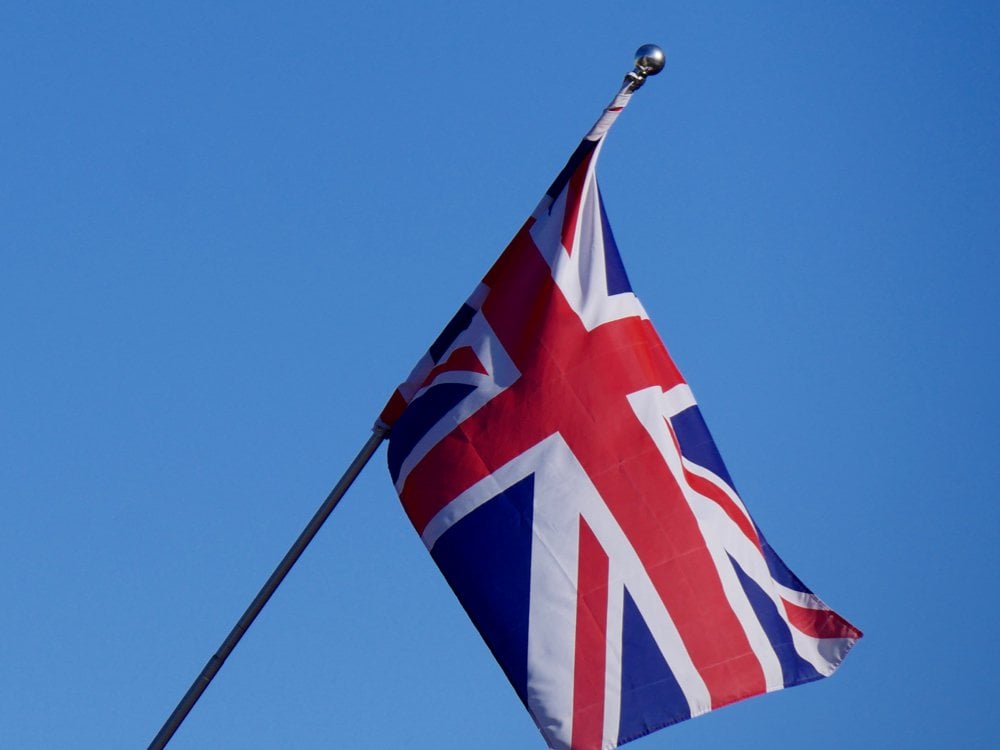 Abingdon, the small town where I live, is just 8 miles from the centre of Oxford City. Many of you have asked how I like my move from North Wales to the centre of England––I love it! Of course making new friends takes time and sometimes means accepting even major differences. In the beginning, so much was going on I did find it difficult because living in the south of England is very different than the north. That said, I have made many new friends and I am enjoying living and working near to Oxford. Oxford itself of course is unique. Each street you walk down seems to have a college and the buildings are unified by a continuum of stone structures exemplifying an intention that there would be certainty for generations through the century. I think I am safe to say the University began around the early part of 1,100. The complexity of unique and characterful buildings have remained unchanged and they are fascinating to say the least. One day I hope to spend months inside them. I cannot begin to tell you how much woodworking exists that’s never seen. 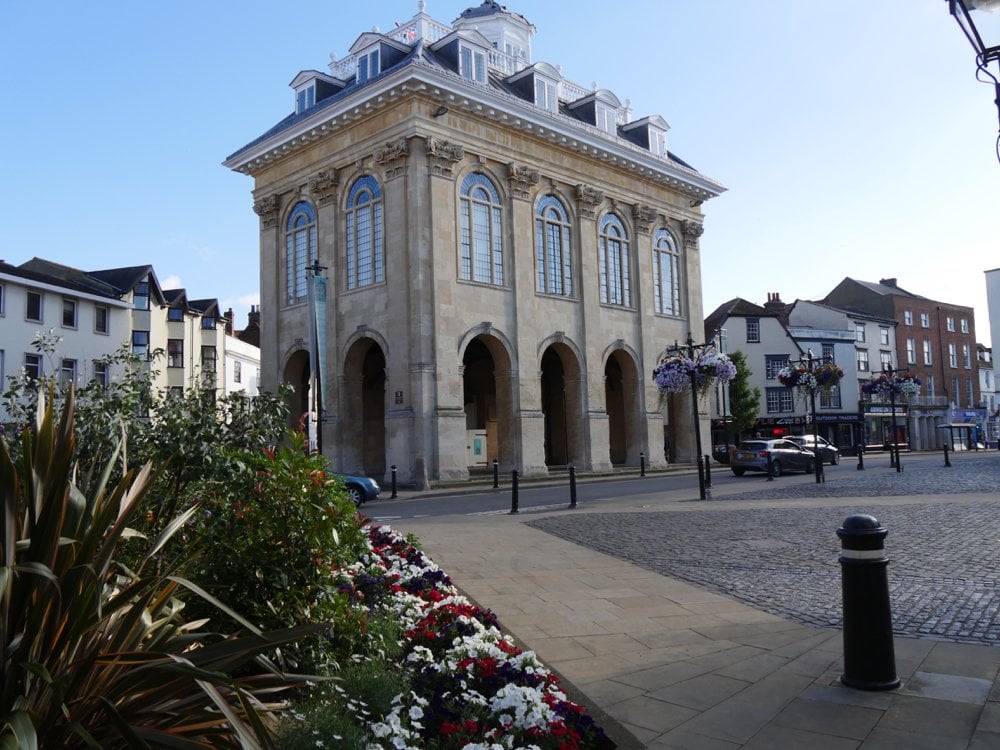 I live in Abingdon on Thames, a small town of 36,000. Oxford is around 159,000 with 32,000 of that number being students attached to two universities. I am not sure how the two rivers connecting in Abingdon unite but Abingdon is made all the more beautiful by them. Abingdon nestles on the river Ock which is a tributary to the Thames itself and which also passes through Abingdon. 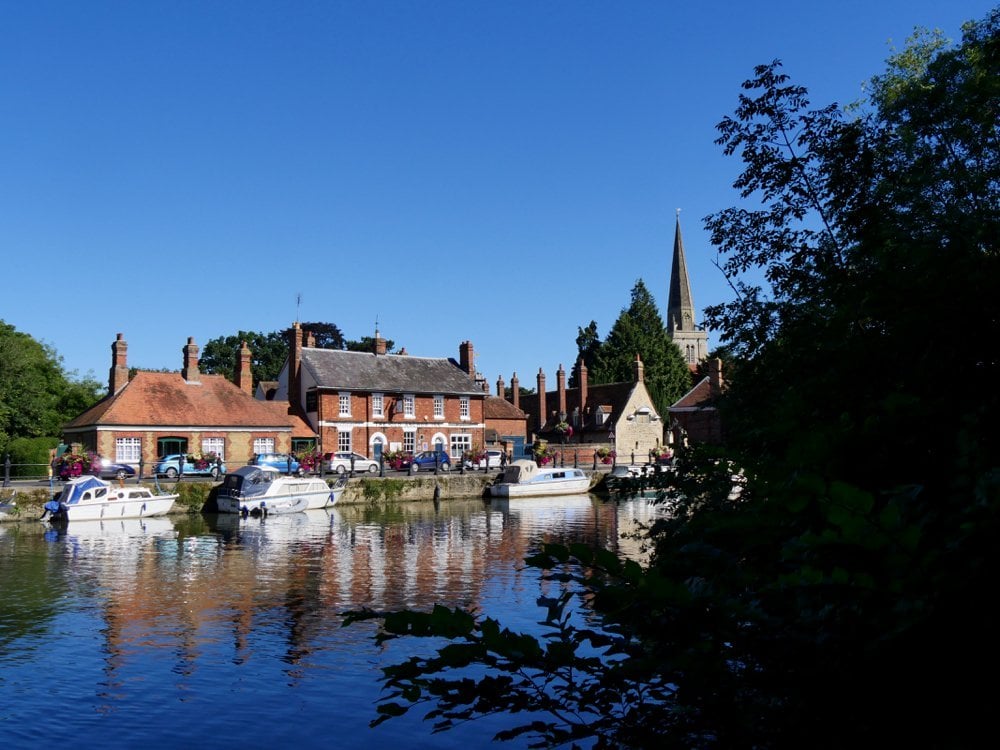 In the morning I usually have my coffee and breakfast in town at 7.30, so I cycle through the streets into town and lock my bike next to one of the cafes. My habit of morning coffee is a legacy from the life I loved when I lived and traveled in the USA. I do miss American cafe coffee (not Starbucks). In the evenings also I enjoy cycling around town and country for half an hour to an hour , mostly before dark. 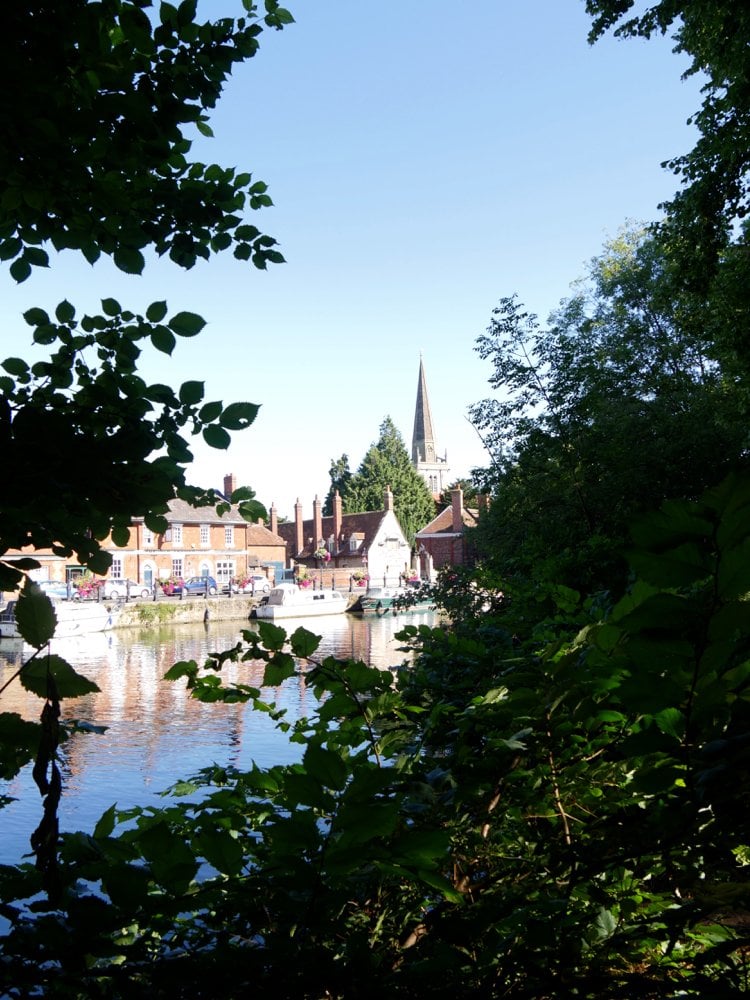 I bike along the Thames as part of one route I take. This is where I get to enjoy my camera. The narrow boats and barges, boats, canoes, sail boats and so on colour my life quite differently than when I lived in North Wales where most boats I saw were used on the sea. 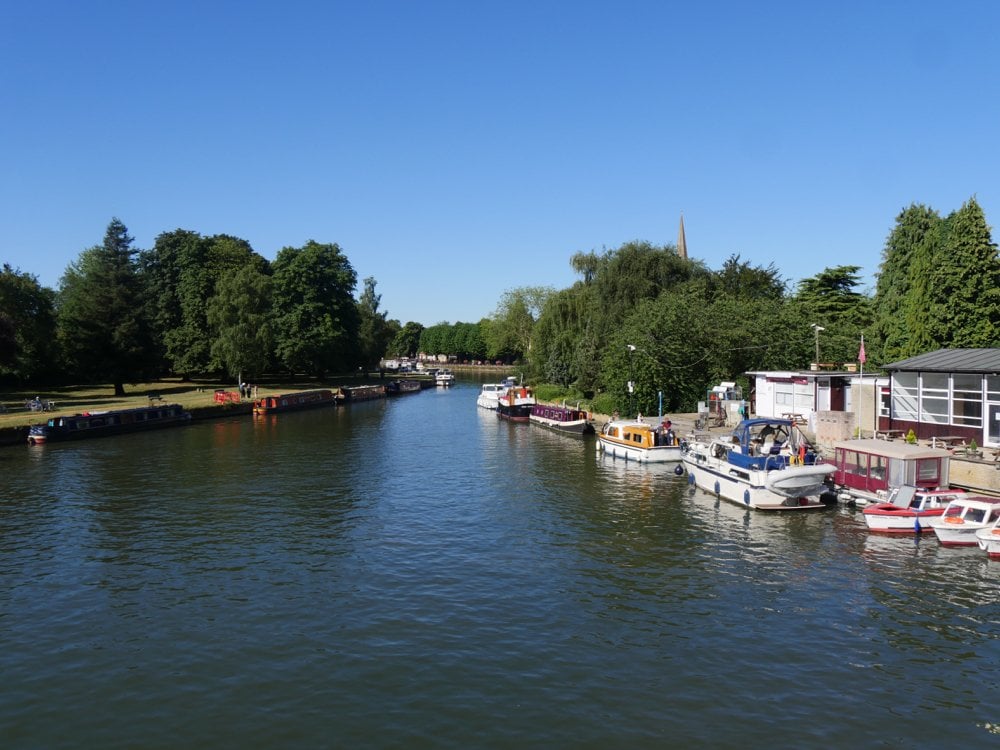 The house we live in makes a lovely yet simple home. It’s private enough yet not isolated and detached from life. I enjoy buses, people, bike and most cyclists. 90% are OK but then you get the arrogant posers who flash by recklessly at high speed silently and you don’t have time to move if they come from behind or across you. Pedestrians beware. There is a violence on multiple levels and this is just another part of British culture and one of them that seems all too often out of control.

So here it is, when I thought I might be retiring I discover a whole new world in creative spheres that for me never existed before. My mostly personal creative space expanded quickly to shared space, better space. It ties us all together true, but more than that, working so directly gives added, valuable input from everyone, so that what might seem peripherally linked actually makes the creative processing all the better.

I do love my garage at the house to though. It’s uncluttered and easy to keep orderly. Throughout the spring and summer I have enjoyed evenings and weekends making things that are not filmed or much photographed either. I still like making shelves for bedrooms and then stools and tables too. Here I can design new pieces, prototype uninterrupted and sketch new ideas I want to create some time in the coming years.

I am careful about making noise but my neighbours seem to enjoy the fact things are being made nearby. I don’t think people know makers of anything any more and especially someone, well, well known I suppose. Liz makes cups of tea and we sit at the garden table now and then. When I lived more remotely in south Texas we built our home in what seemed then to be the middle of nowhere. Reagan Wells, Texas. Google it and you will see how remote it is. Sitting outside under the live oaks using tree stumps for tables became a way for the whole family as we built the house. Once the house was built it just carried on. Breakfast, lunch and dinner. No TV out there. 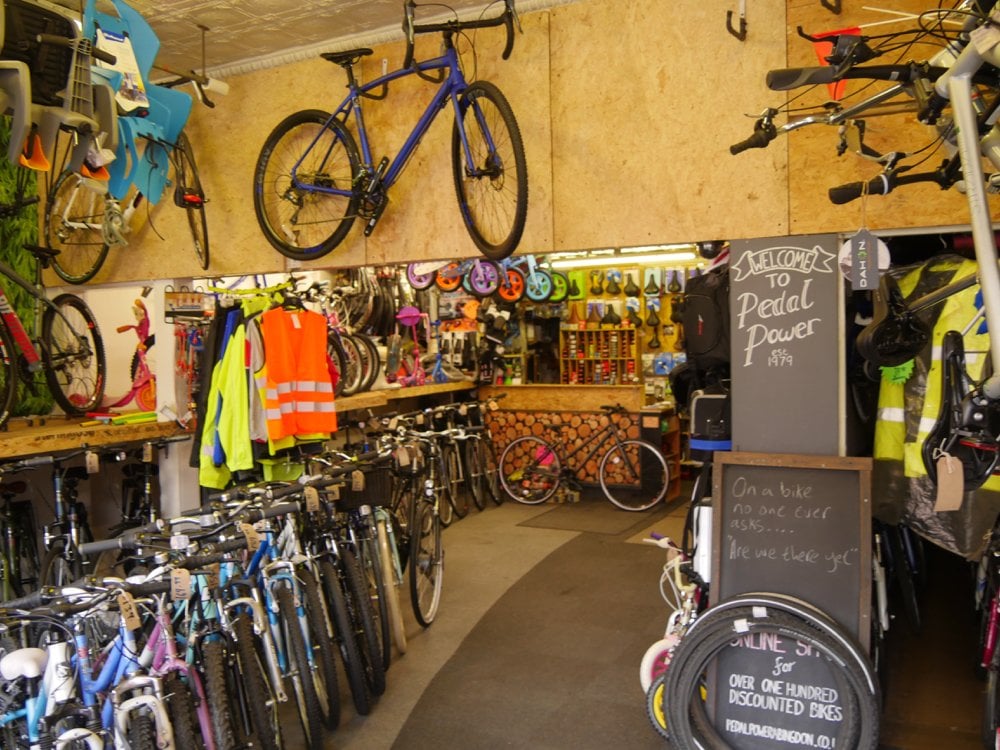 12 thoughts on “Living and Working in England”