During Joseph’s recent trip to the USA last week he retrieved two planes I was sorely missing in my personal plane family. It is hard to express what you feel when certain tools have been lost, irreparably and permanently damaged, misplaced or displaced because, if they were working tools as a significant part of your worklife, they simply cannot be replaced. Such are these two planes of mine. Why is that so? Well, the planes are part of who I am because of course I used them through three decades, but more than that, it’s also what they meant to Mr S Goodwin and Mr J Whittaker, the two primary former owners. 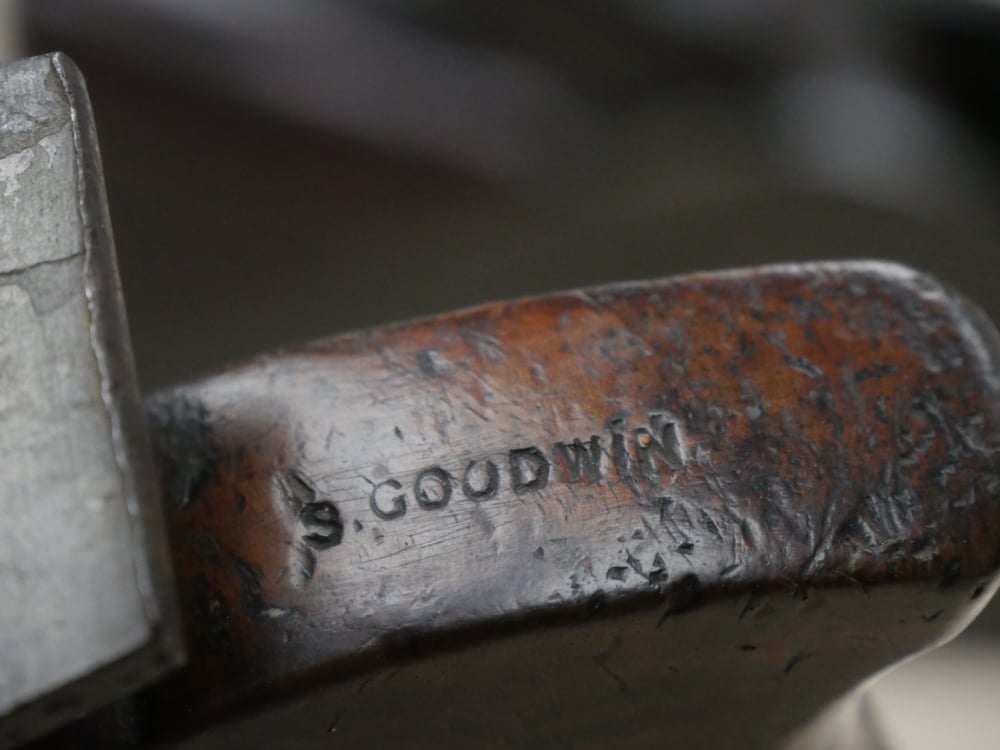 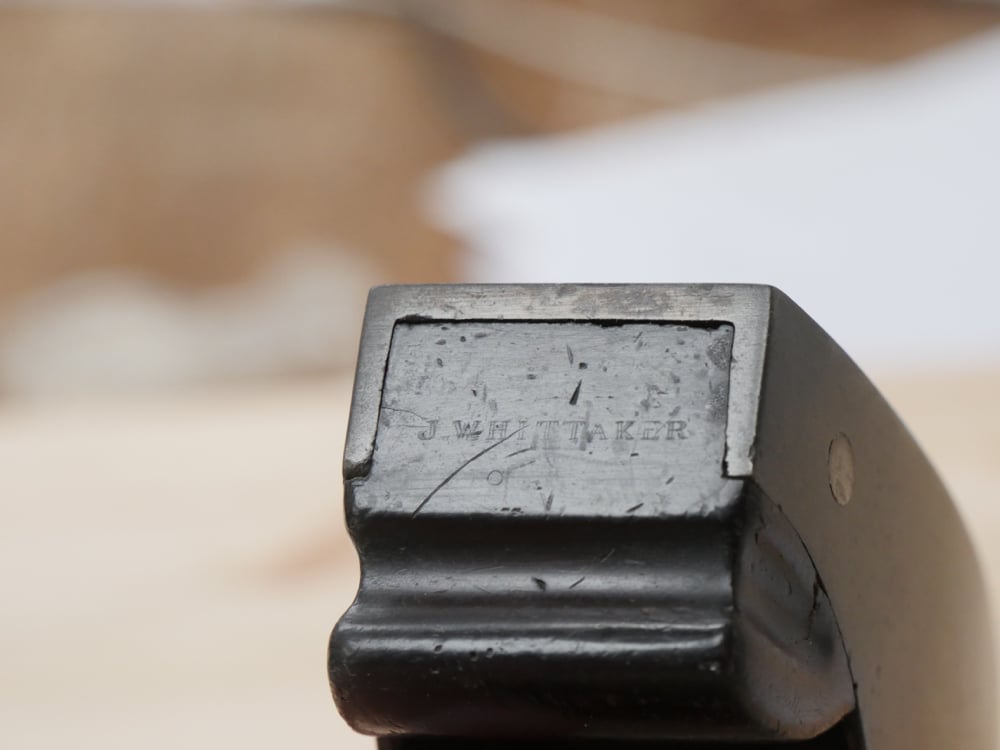 Just look at the fineness of this name stamp. Vertical and angled lines are twin lines and the crossing lines are single lines. Delicate and lovely in its date and today also.

Bronze is strong, more than equal to task resists distortion and is also corrosion resistant, which is why it’s used for boat propellors and much metal work on ocean-going vessels. 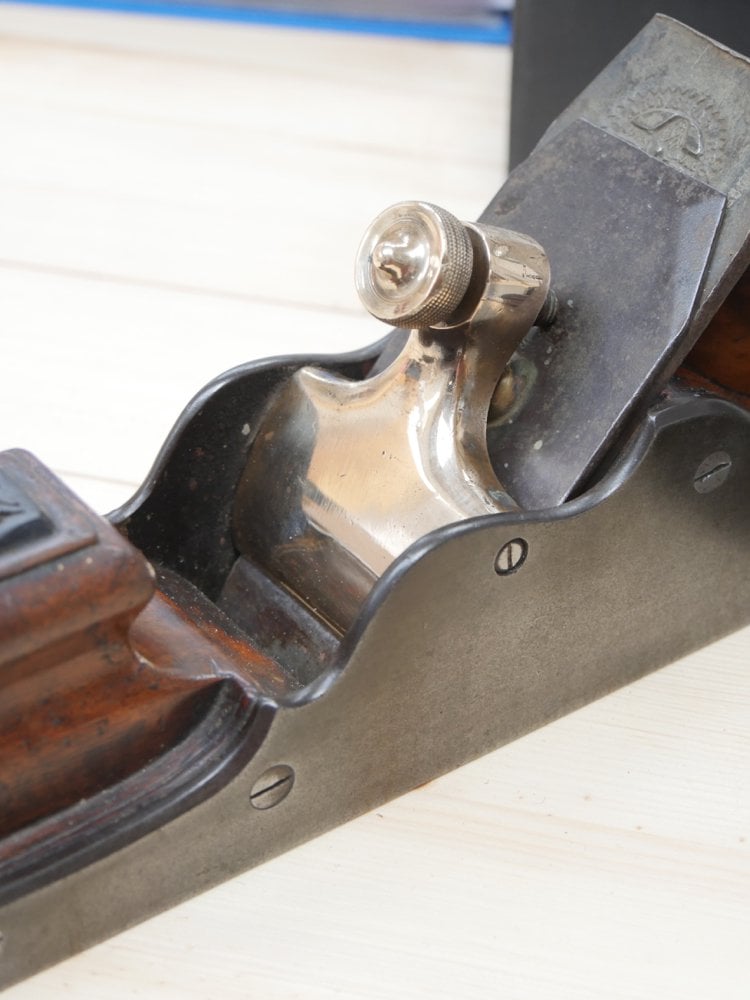 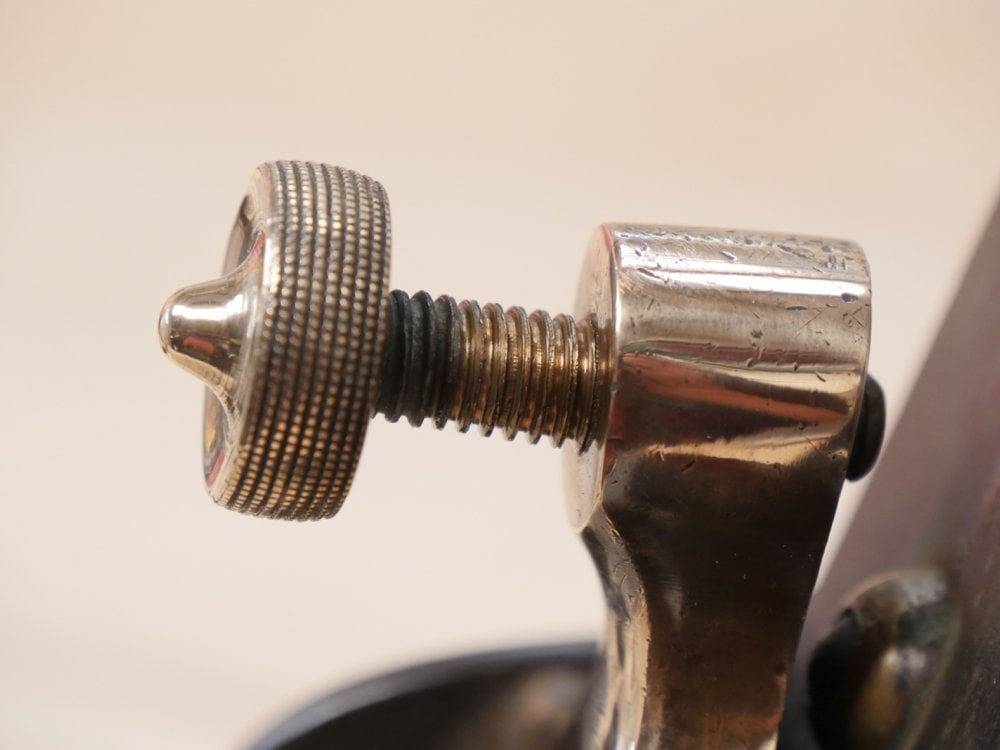 This bronze work includes the threaded elements to the pressure application securing the cutting iron assembly.

Things unite these two planes that may be surprising but not at all accidental. The bedded angle of both planes are similar, but the combined bed angles and the taper of the plane irons in both planes conclude identically at 134° or 51° depending on which direction you take the angle from. These pre mechanical depth-adjuster planes, planes without threaded adjusters and levers, are tap adjusted, which is efficient and effective once you are used to it. 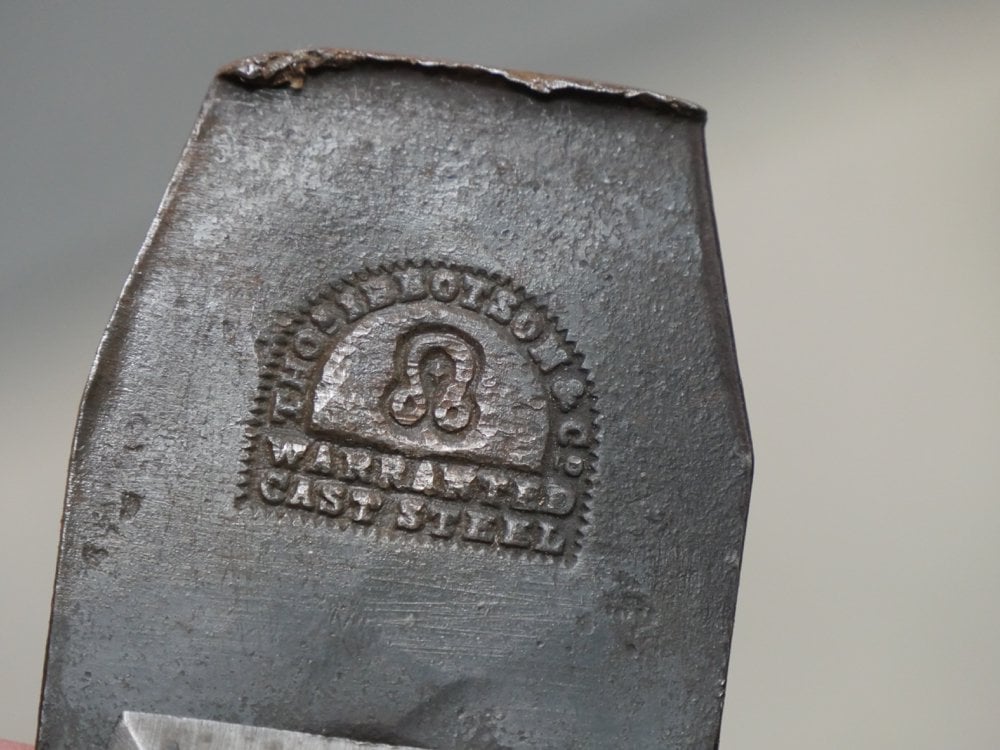 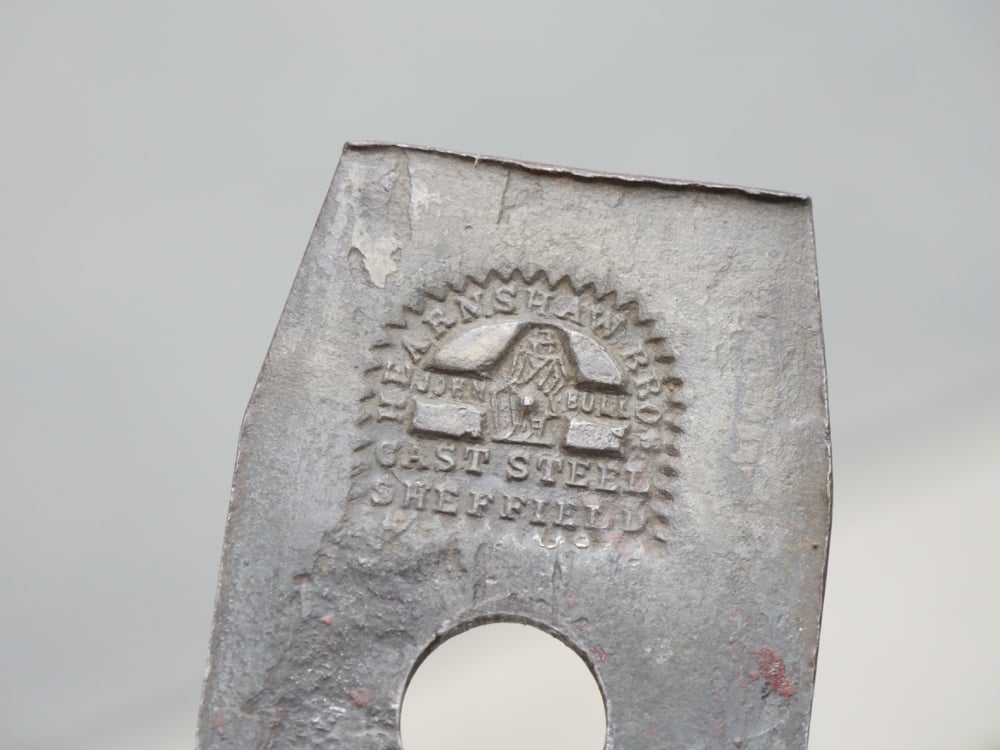 Here you can see the metal mushroomed over, showing the use of a steel hammer throughout the life of the iron or the plane. Remember that a plane used daily for over say 50 years will have had three or four replacement cutting irons. I have used four now in my main smoothing plane.

The planes we are discussing here date from the mid 1800s. Cast metal bodies were common enough and many craftsmen bought the castings directly from the factory foundry gates. It was less expensive, easier than wood and they could develop their planes as works of art and to their personal liking. That’s often why some infil planes, and these two are both known as infil planes, are drop dead ugly. This can be governed by the foundry work. If that is the case then the infil work often follows the same course because the woodworker’s work is governed or limited by the foundry casting itself. 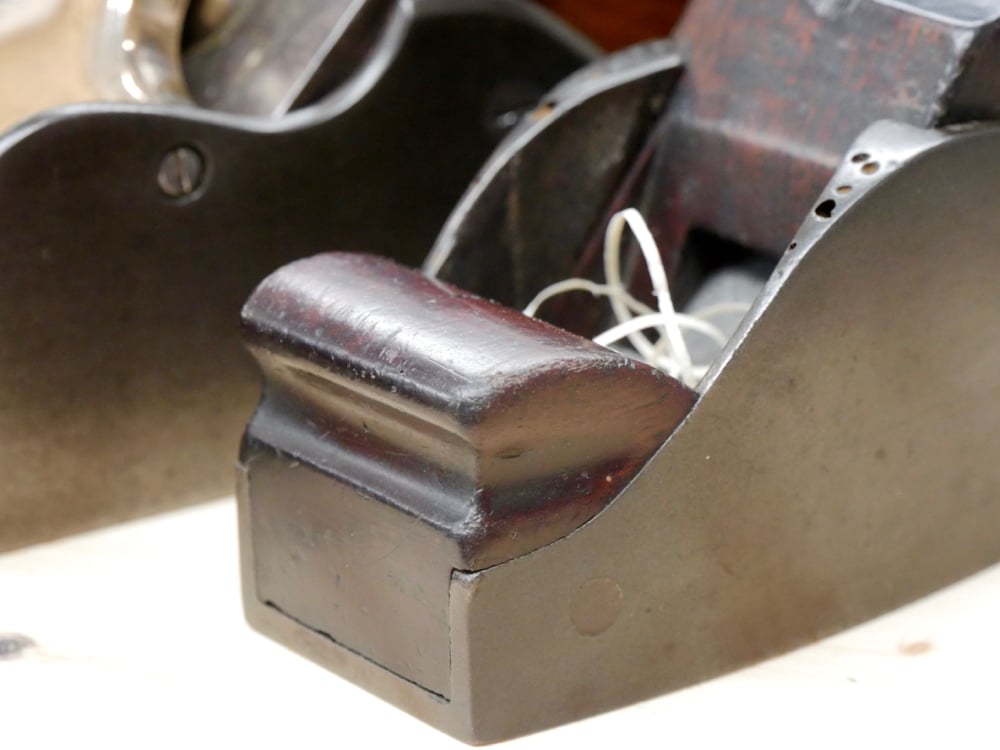 Some castings were sold as flawed castings. In case above the casting has air bubbles cast into the casting (top of arches) because no allowance was made for air pockets, captured in the sand mould and the poured metal, to exit the sand the mould was cast into. The foundry man developing the casting has different dynamics at play. One is to develop a mould that is designed for the escape and then to pour the molten metal at a rate that allows the air to exit through the molten metal without trapping the air in through the solidifying of the metal in contact with the cooler atmosphere surrounding the flasks and the sand mould also. Chipped castings and even cracked castings were sold too, provided they either would not be seen, being hidden in the casting, or the crack is arrested by surrounding metal mass. I have seen both types and in both types the planes were mid 1800s planes. Most of these planes are of course still fully operational, usually with little unmanageable degrade. 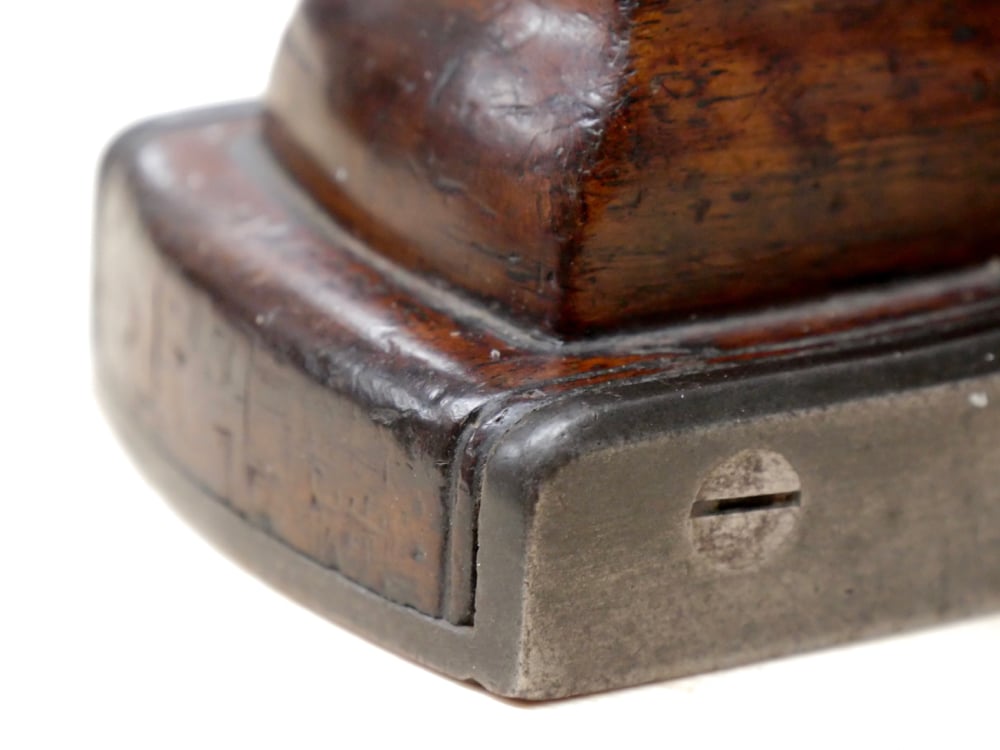 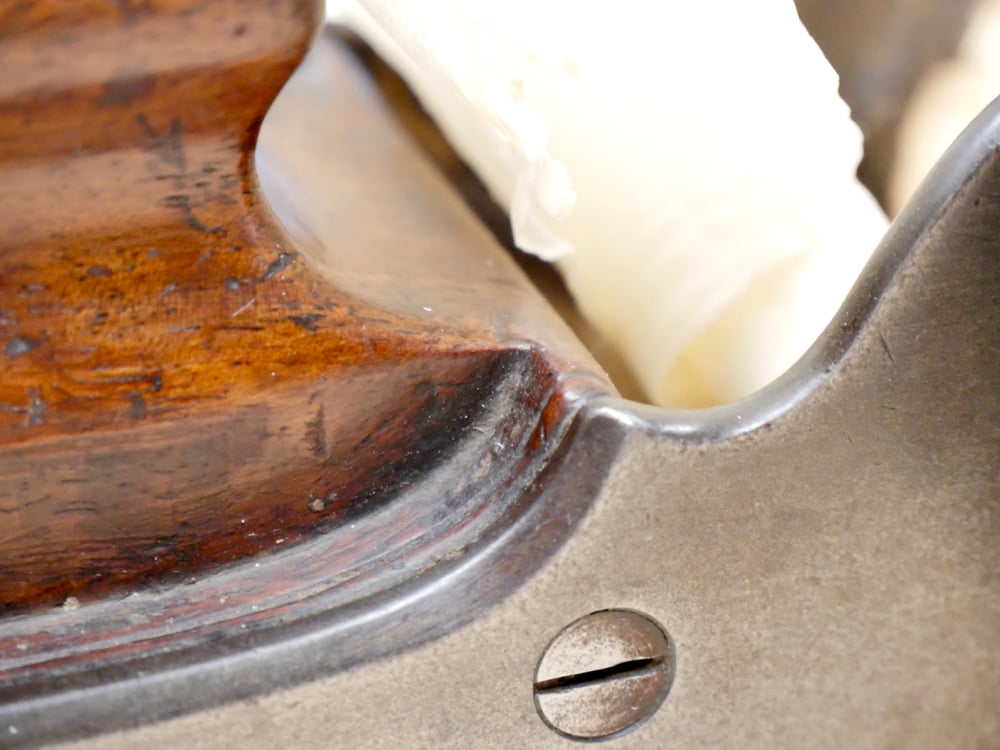 In the case of my two planes

Looking at the profiling this man took to develop his plane shows his attention to detail. Small detail goes a long way.

the last owners before me would be fourth and fifth generation owners but in both cases were no loner still in use. In reality most hand planes were already being abandoned by the beginning of the 20th century because of the gain machine woodworking had in commercial realms. This progression more slowly impacted home woodworkers but today we have seen a marked increase in the use of hand tools to complement the use of machines. This is because home woodworkers, amateurs if you like, have evolved to become well-versed artisans in both realms. This unique combination means that they are well equipped and highly efficient survivalists of industrialism. In many ways they are the extension of those who made these two planes. Here, in say the latter case, they were engaged do-it-yourselfers deriving the same sense of self-fulfilment the men who developed their planes had; in the former, men expressing themselves and who they were in what they made. 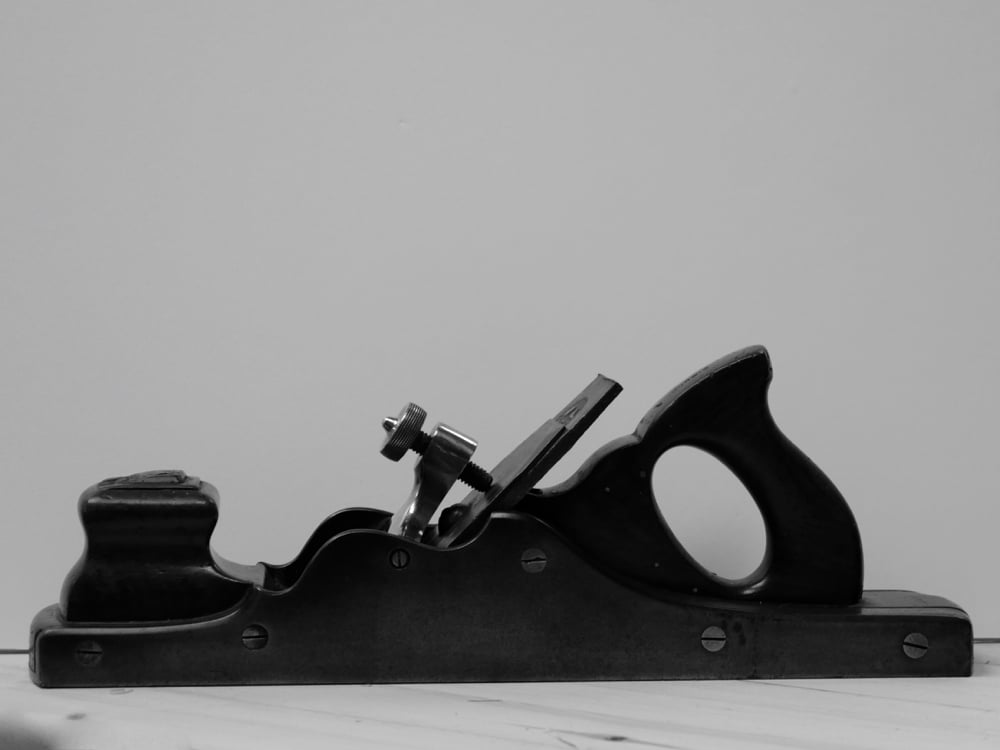 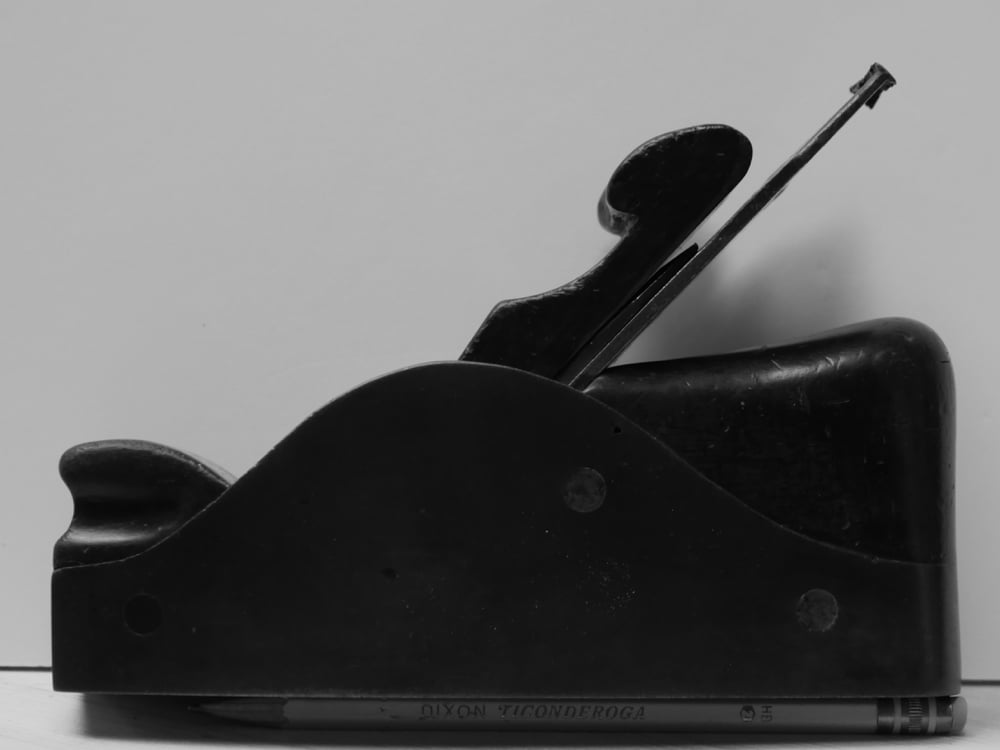 These two silhouettes show the profiles created for the makers to suit their hands. Of course many shaped objects are generic and tools fit because for the main part the human hand is capable of near infinite variability. Both are wonderful but because of functionality they are very different shapes.