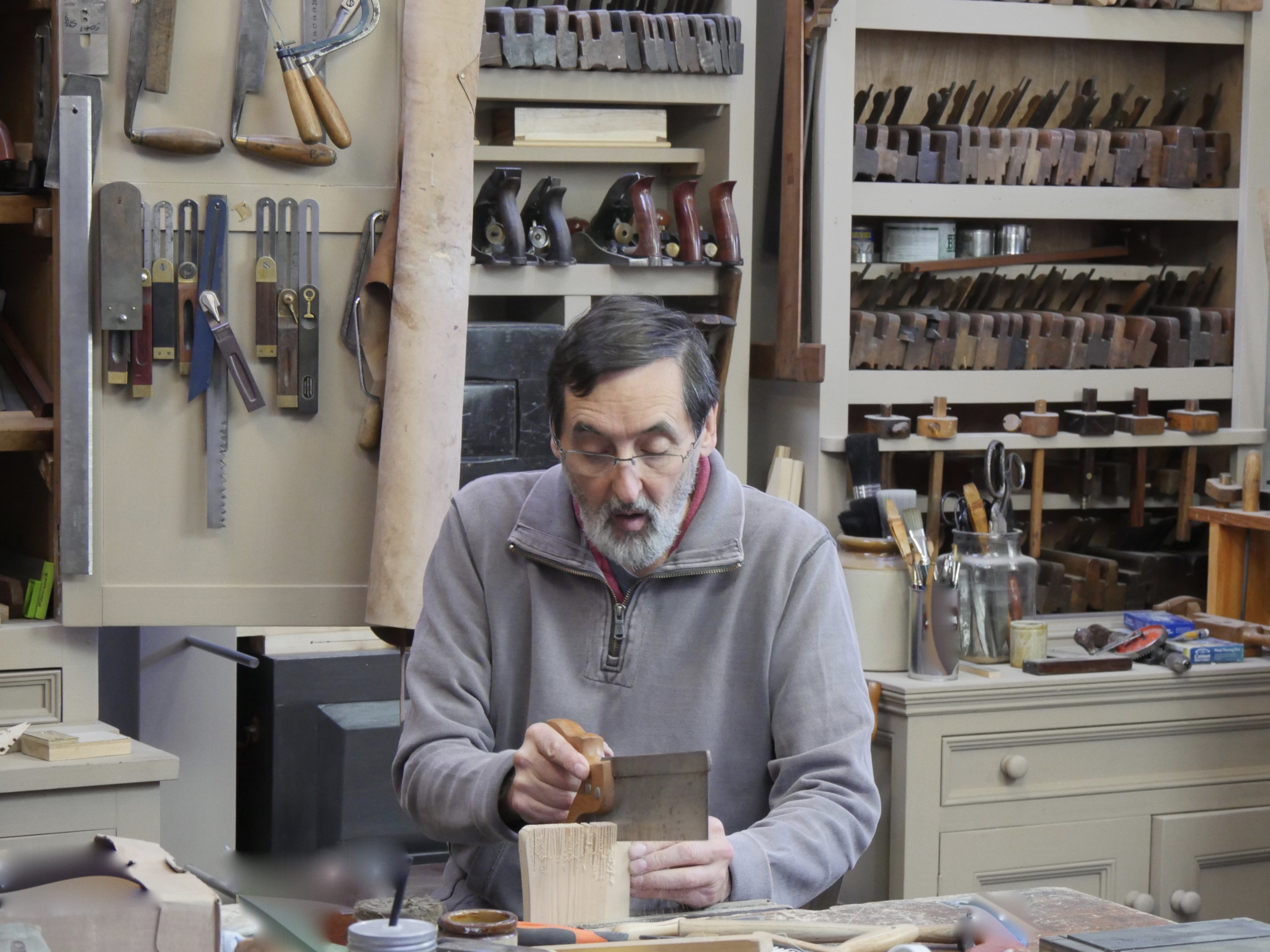 Bench tests like the ones I do are rarely practiced over extended periods. I know that’s perhaps a bit wide sweeping but I also think that it’s near to the truth. I did bench-test the sharpening 40 tenon and dovetail saws with teeth ranging from 20 to 14 PPI using only one end of a double ended saw file made by Bahco today. I have a class starting tomorrow and it is a common enough thing for Phil and me to sharpen everything before a class. We also sharpened 80 chisels and 14 planes, 12 spokeshaves as well. 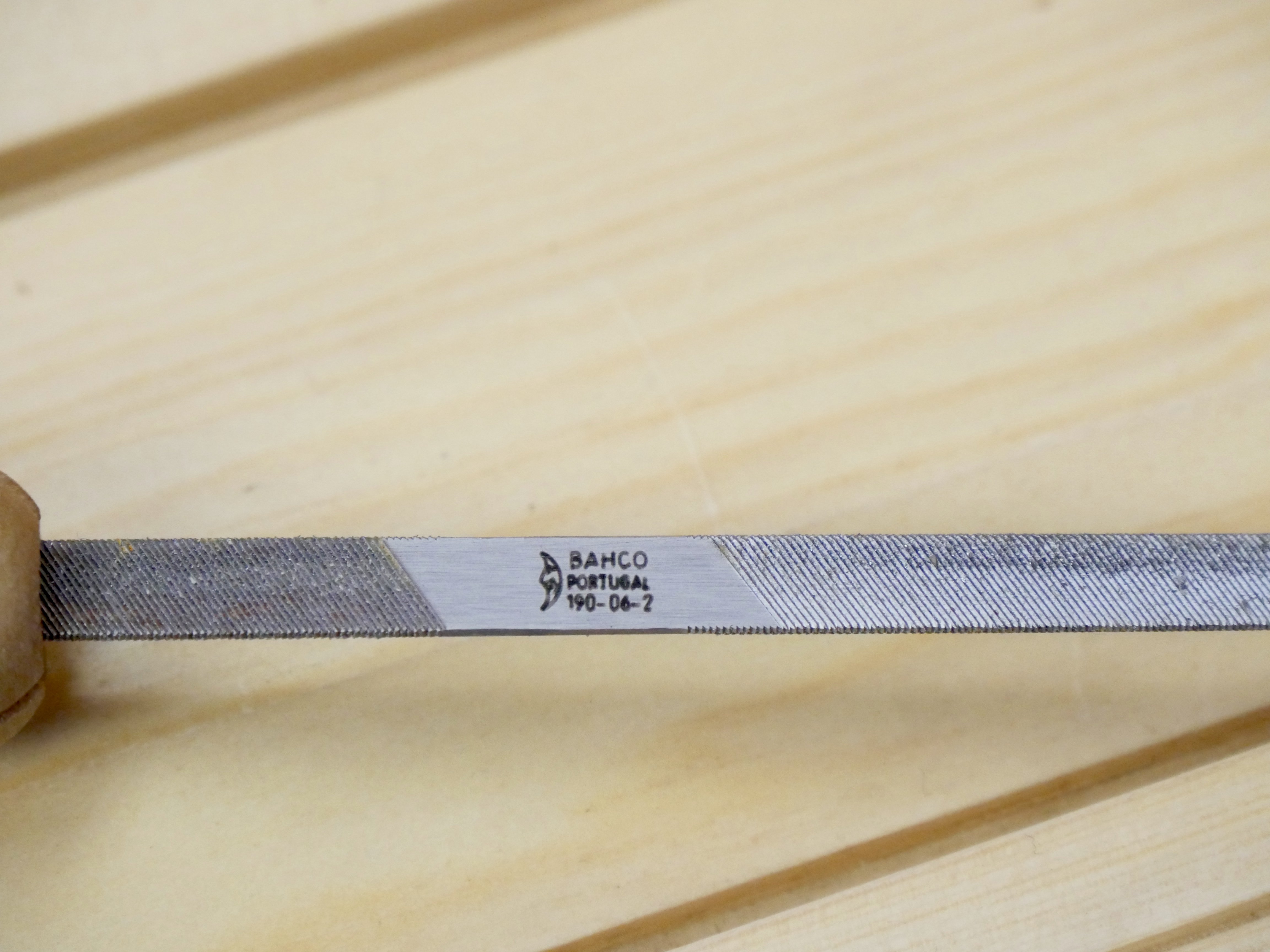 The number of of saws sharpened were fourteen at 14″ and twenty-six at 10″; thats 720 teeth and 428″ of saw length. With breaks it took me about 3 1/2 hours. Just look at the file above and you can see the quality of the file teeth even after 40 saws. I mean you can’t do that with any other saw file as far as I know. Fraid you can’t do even one of the modern-day Japanese saws anymore, sharpen them I mean, because 98% of today’s Japanese saw production has been strategised to create consumerist throwaway products that can no longer be sharpened. Whereas this is a shameful practice, demand is what pays the bills. I don’t use them because I won’t ever buy into something that becomes throwaway, especially as I want to keep progressing my work in weaning woodworkers away from such methodology to reestablish skilled sharpening methods in all spheres of hand work including sharpening handsaws of every kind. 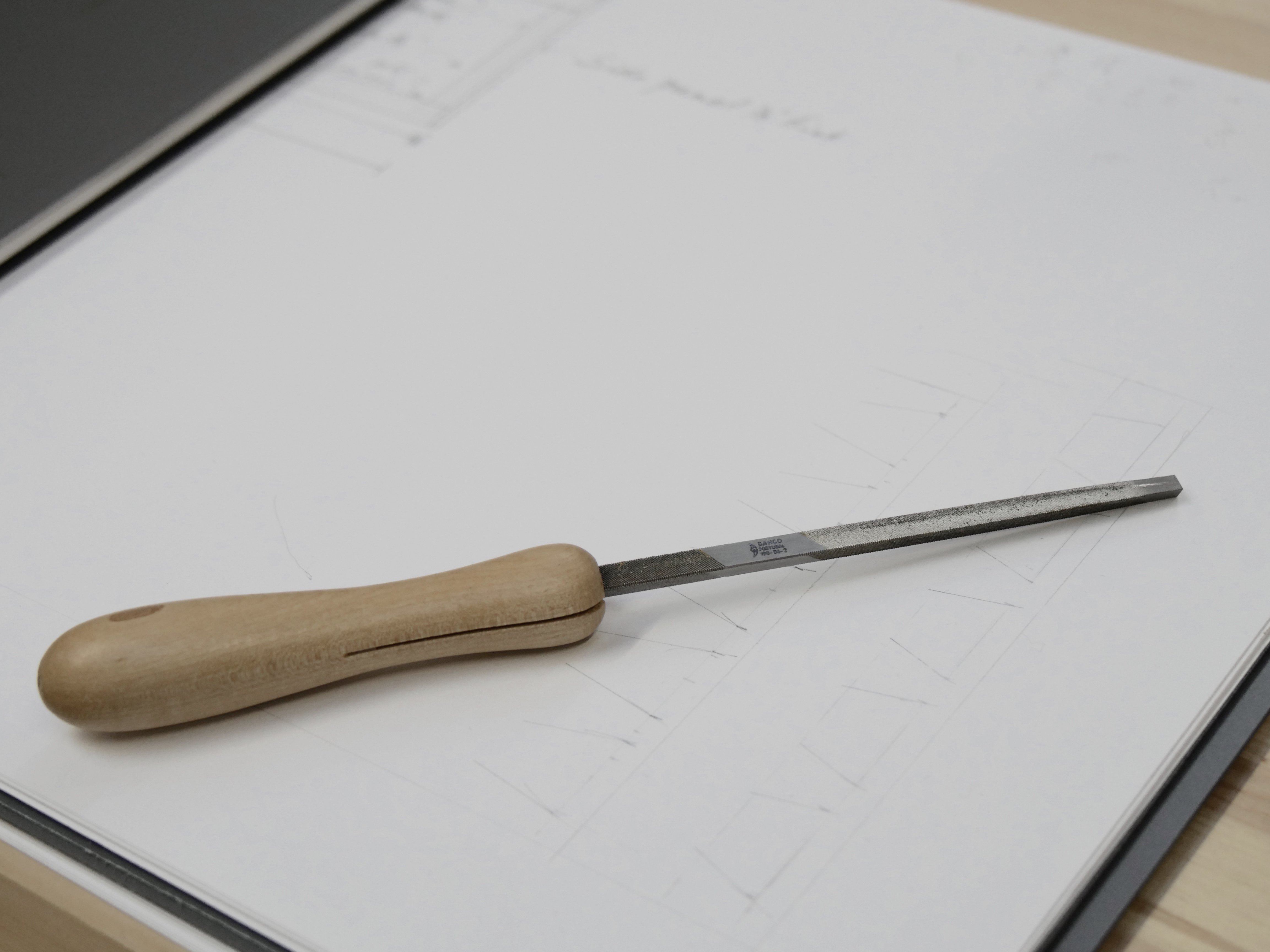 The Bahco saw file has proven itself time and time again over the decades as the single most superior saw file on the market. I still have yet to find a Nicholson saw file that will sharpen one full saw length as yet but I hope that they they will one day see their flawed business model of import cheap, sell high and depend on your daddy’s reputation. Bahco is running the socks off of them right now in that the file I was using was still going after 40 saws and it looks like I will get 50 sharpenings from one end. That means that this saw file will indeed sharpen 100 saws. More than I ever achieved with any other maker. Oh, and before anyone runs away with the idea that my saws are soft, I sharpened 20 different makes including vintage saws from most eras. In the mix were S&Js, Veritas, Thomas Flynn makes and then Disstons and many more. I was amazed that this little gem just kept on going. AT the end if the day that came out a 7 pence per sharpening. These are 1960’s prices folks! I have never known any other maker perform like this in my 5 decades sharpening saws. 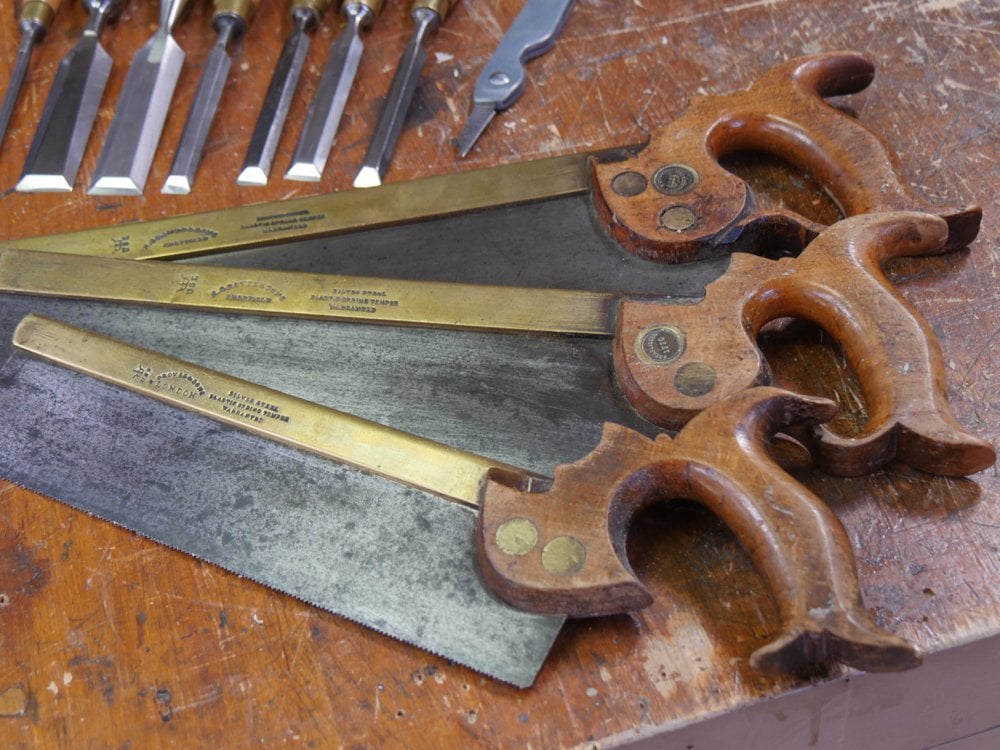 Surely the tide of disposability could be turned if companies could perform like this across the board. Find yourself a Bahco supplier my friends. I bought this one on Amazon via Prime and free next-day delivery for £6.40. I have found them at £5.20 so shop around a little.