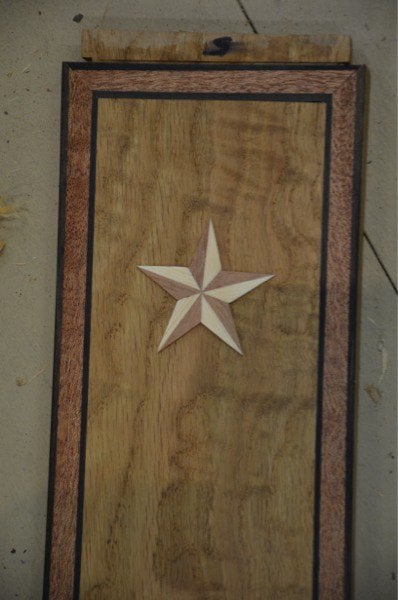 A thick mist greets the early mornings now that autumn’s arrived and I think over my life and times when my workshops were by my different homes. In the evenings the boys and I stoked up the fire after supper and they played in the glow as I worked at my bench. It seems now that my children were always in the shop with me over a 30 year span and people are surprised that Texas winters were mostly much colder than in Britain as a whole. I don’t remember better memories than stoking and poking the fire and watching scenes like these and then my making when a Texas blue norther came in and the temperature dropped below freezing in an hour or less. In the north a dark blue skyline slowly emerged from the horizon and expanded to where we stood. Three woods kept me warm mostly, cedar, mesquite and live oak. All were gave good heat output. The cedar wasn’t the soft cedar we might commonly know but ashe juniper early Texans used to block up their home on as stumps or make cedar fence posts from. Impervious to every kind of rot, many early homesteads still stand testimony to its durability and resistance to termites, wet and excessive weight. A cedar fence post lasts 50 years and outlasts both concrete and steel out there in the wilderness of mesquite country. Cedar cutters would drop off a chord or two of mixed cedar, live oak and mesquite for very little money and you had heating through the winter. Most of my firewood I cut myself, slabbed into boards and then used the offcuts for heating home and shop. In my case the cycling of wood was many years old by the time it came to the fire. Slabbing and air drying your own was by far enriching and for two decades I did enjoy providing for my family this way. 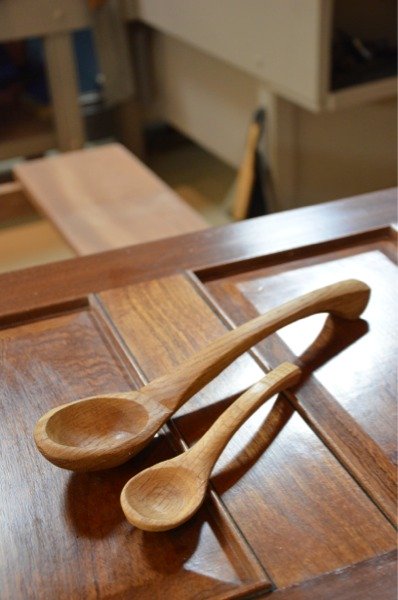 The boys seemed always to be carving and shaping something and then feeding chips to dancing flames; I mean from as early as five and six years old they were with me until around nine and bedtime. Liz came in with home-baked oatmeal cookies or brownies at seven and we’d enjoy a hot drink by the wood stove. The smell of newly cut mesquite seemed always on the air most days but then a backdraft from the stove and the cold air outside changed it to smokey juniper and that was special too.

Liz was amongst many other things a soap maker. She made the most wonderful glycerin soap in batches of 25 bars using a sprinkling of the sawdust from the bandsaw to create a more abrasive soap. The mesquite sawdust also coloured the soap to a lovely purple colour through the reaction of tannic acid in the wood that reacted with the caustic soda used to make the soap. She sold the soap to my customers for $3.75 a bar and cycled a batch or two through every week to keep supplies always on the go. 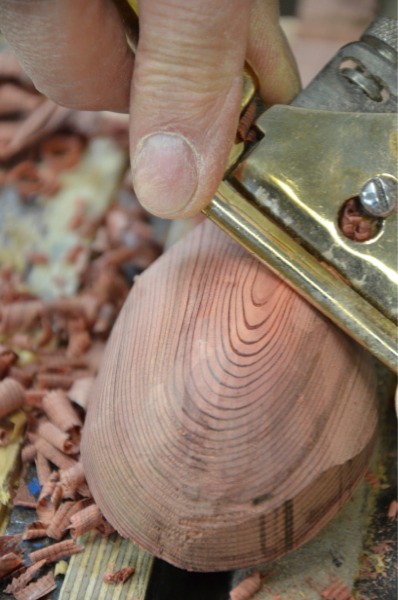 We still use handmade soap she’s made though I suspect we might be down to the last few bars. Remember that glycerin soap is exceptionally good for the skin. Not just good but nourishing. The big makers started removing the glycerin out of the soap and then sold it back separately as a skin moisturiser without telling people that because they took the glycerin out the soap caused your skin to dry out and crack. Good ol’ Proctor and Gamble! 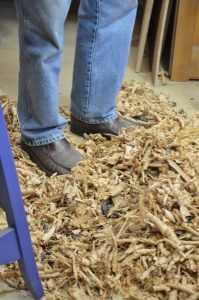 The wooden shop floor was quite highly polished in the end, mostly as a result of dragging wood across it and me working on it with shavings underfoot most of the time. My winters were warmed by family ties and the working of my wood. We always had an open-door policy and people often dropped by for a chat because I used mainly hand tools that allowed such a thing without me having to stop working. Woodworkers rarely buy from one another and that’s a sad thing because you can get to the day when you might treasure the work of another; especially something truly made by hand I mean. I have some pieces I made from old barn wood where the man who owned the Monroe ranch behind my place gave me a few boards from the barn his father had built in the late 1800s there in Reagan Wells where I first encountered Texas life.

There’s a saying that firewood warms you twice, once in the splitting and then in the stove. Owning such things as these still warm me with the memories even now.