I blogged on this earlier somewhere. Personally I find it poor practice to buy disposable saws (unless of course there is good reason or need), especially for craftsmen. It’s not really necessary as you can buy a lifetime one for the sake of two hours pay time in our western culture. 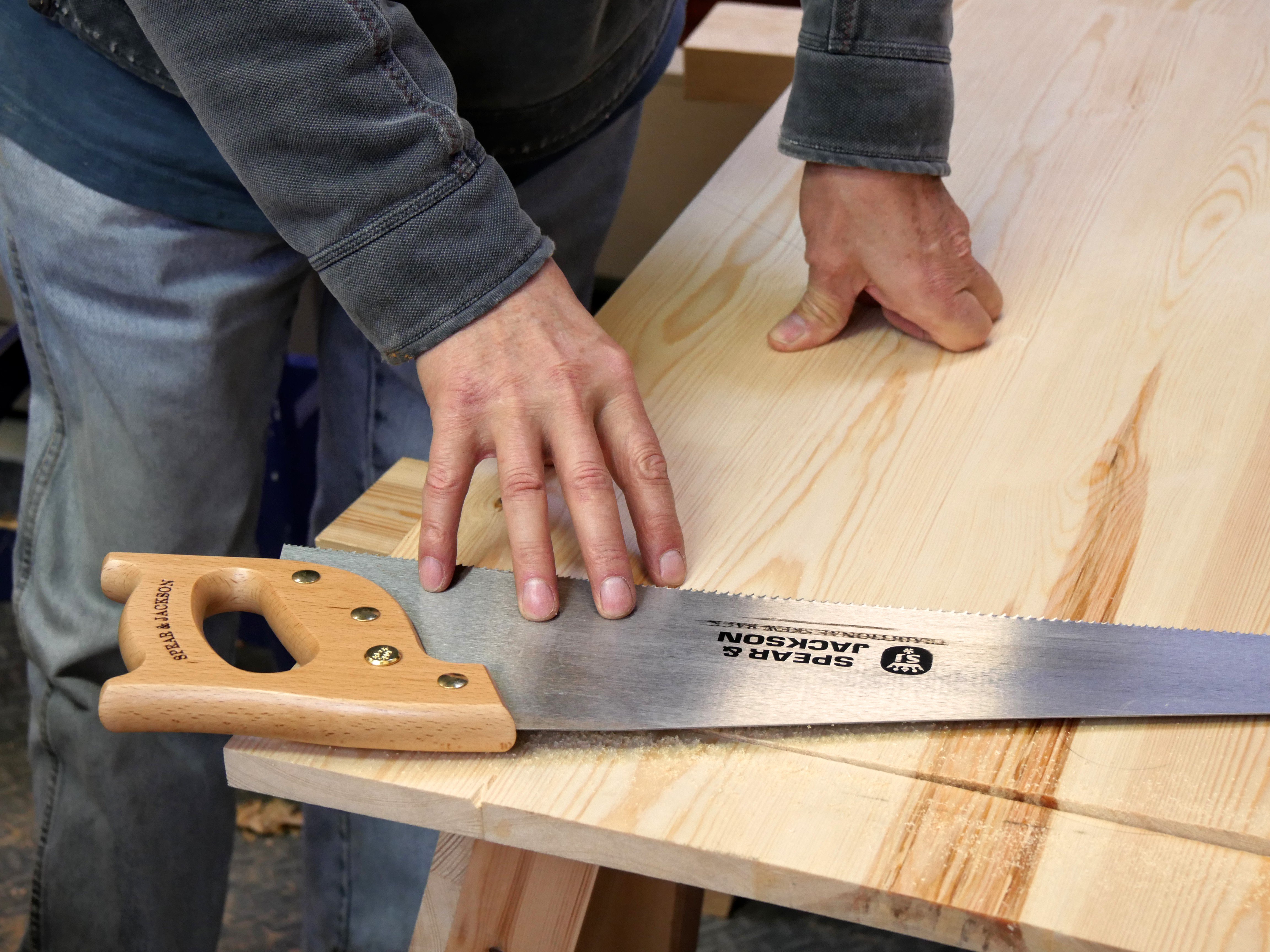 It’s been six months in trial since I tested the Spear and Jackson ripcut and crosscut saws. You might recall that I compared it to an American-made saw of comparable size and placed the two makers side by side to determine which ones I would end up reaching for in the day to day of my working. It was only a matter of days before the two S&Js remained on top in the stack and now, surprisingly, these two, the S&J rip- and cross-cut saws are indeed the ones I reach for without fail. So just what is it that make these the ones I prefer? Initially I used the saws with the clear-coat of varnish still on and they seemed to ever so slightly in the cut; I mean just a little though. This caused a little judder when I pulled the saw back, but then I removed the surface coating with denatured alcohol (Methylated spirits) and that made all the difference, eliminating the vibration. The solvent did remove the name on the plate too. As push stroke saws work mainly on the thrust stroke they need a plate thickness that resists some flexing but not all. Making it from overly thick plate for stiffening can make the saw imbalanced, making the saw will feel clunky and awkward and, of course, the kerf being slightly wider means more effort to push the saw through the wood. But even this is preferable to a thin plate that has insufficient tensioning or spring to return resistance as you thrust. 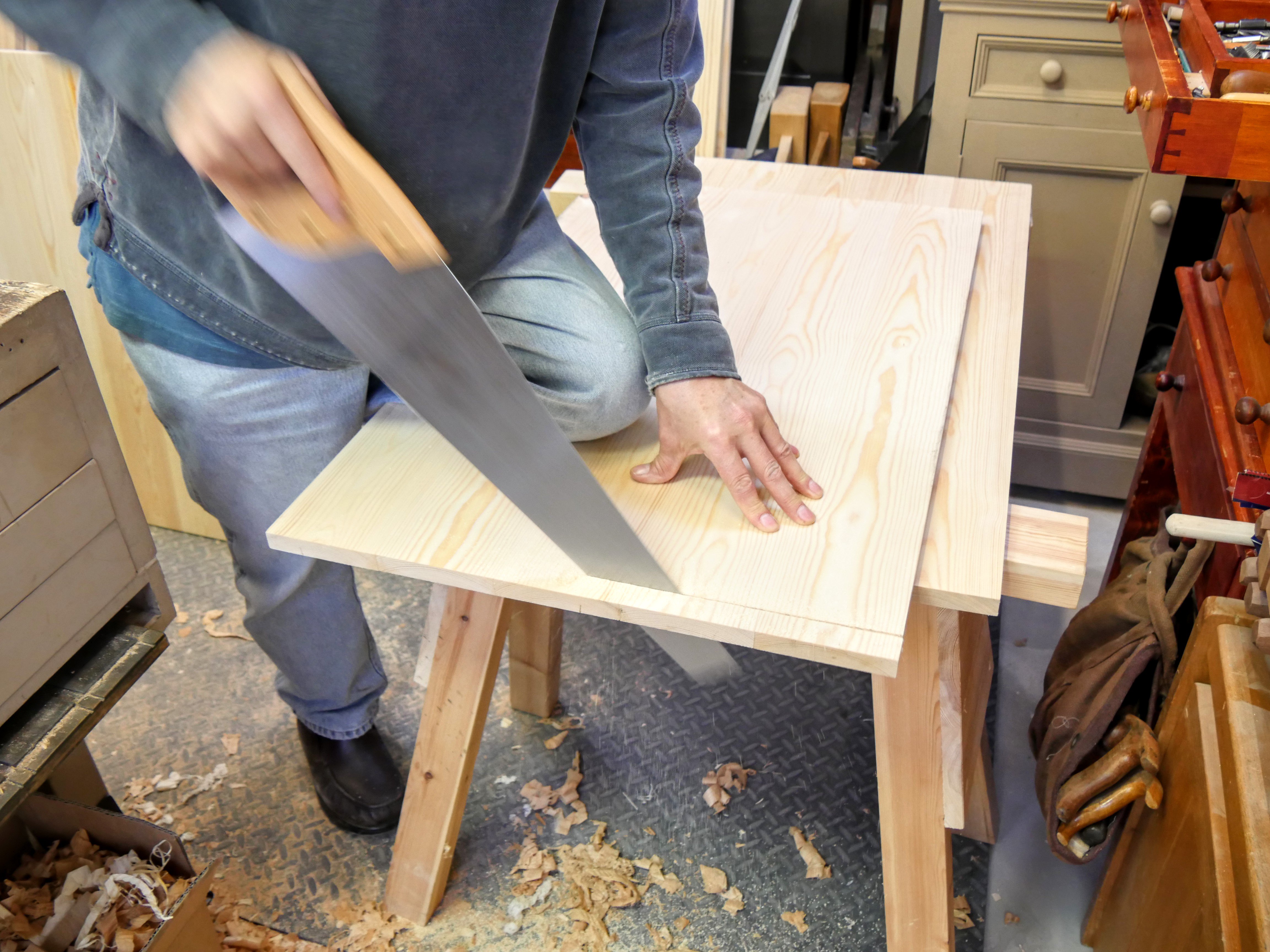 Buckling is more irritating than an an overly thick saw plate and of course both have the same problem of resistance. The S&J saws did get it right and may well have drawn on their 200 hundred year history in saw making to produce this product. They can still be had for around £22-24. They produce what they call a universal cut but it’s a crosscut no matter how you slice it. As a crosscut the saw crosscuts beautifully straight from the protective sleeve and I liked that. I suggest you buy two of the saws and reshape the second one for a ripcut. Not hard at all and our video on comparison saws and sharpening for change here shows you how. I have also produced two other videos on sharpening both the rip- and crosscut saws on YouTube so everyone can establish their sharpening skills to maintain the saws for the rest of their lives. The links are given below and this alone will save you hundreds ££££/$$$$ in throwaways as well as saving waste in landfills, and of course reuse for decades is better than recycling hands down.

I think S&J have hit the spot with this saw as far as practicalities goes. If they would rework the handles even just a little they would answer all criteria. That said, the handles are not in the least uncomfortable and for two hours work you can refine the handle yourself, after all, you are a woodworker.