Of the 56 million acres of mesquite in the USA, Texas owns 53 million. As a legume, the tree thrives in conditions all other trees might die and has always defied extremes of droughts, over grazing by longhorns and then too the US Federal Government trying its best to eradicate it by fair means and foul altogether. To me it’s always been yet another Texas treasure few will ever encounter, one of the most amazing woods in the world. You either love it or hate it. Ranchers came to hate it but woodworkers unanimously give it a thumbs up everywhere. Whereas ranchers may generally hate it with good reason, the mesquite is one of the few trees you can pulverise and feed to cattle and they will actually gain weight from it. In past centuries ranchers used the mesquite to feed to their cattle during droughts and indeed the cattle survived where they otherwise would have perished. Of course it also seems to be an unlimited resource for the barbecue fans of the world and indeed for meat eaters it again knows no equal. Slow cooked brisket over mesquite is an art few ever master. 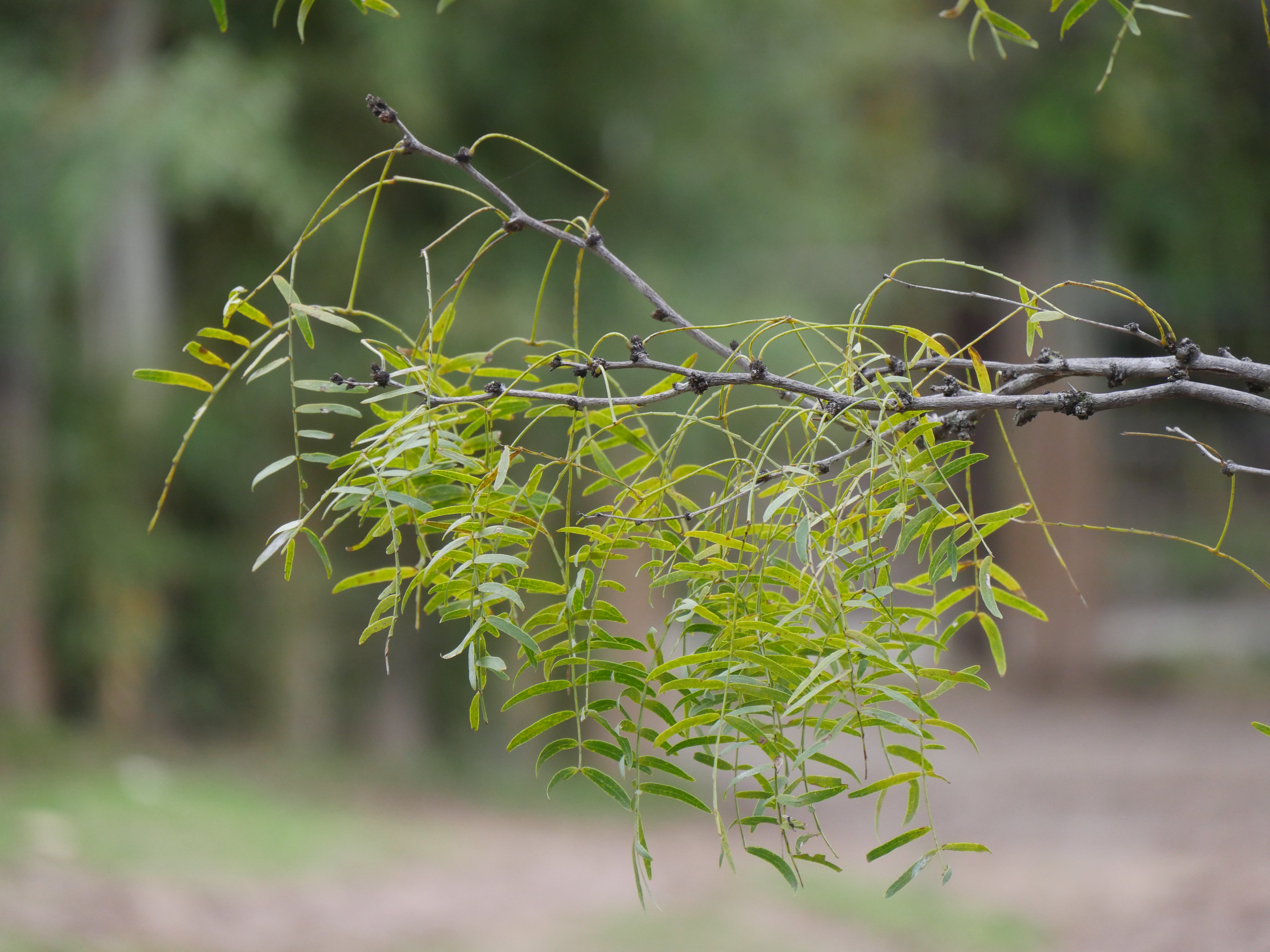 Well, this one is signed by me and dated October 1999. It’s one of the treasures I returned from Texas with last week and I can recall so many happy thoughts and memories in its arrival to England. The tree came from the banks of the Nueces River south of Uvalde, Texas. The area was better famed for the native pecans that grew there and wherever a pecan grew in Texas you’ll likely find a homestead because pecans were a good indication that water was never far away be that by river or below ground. 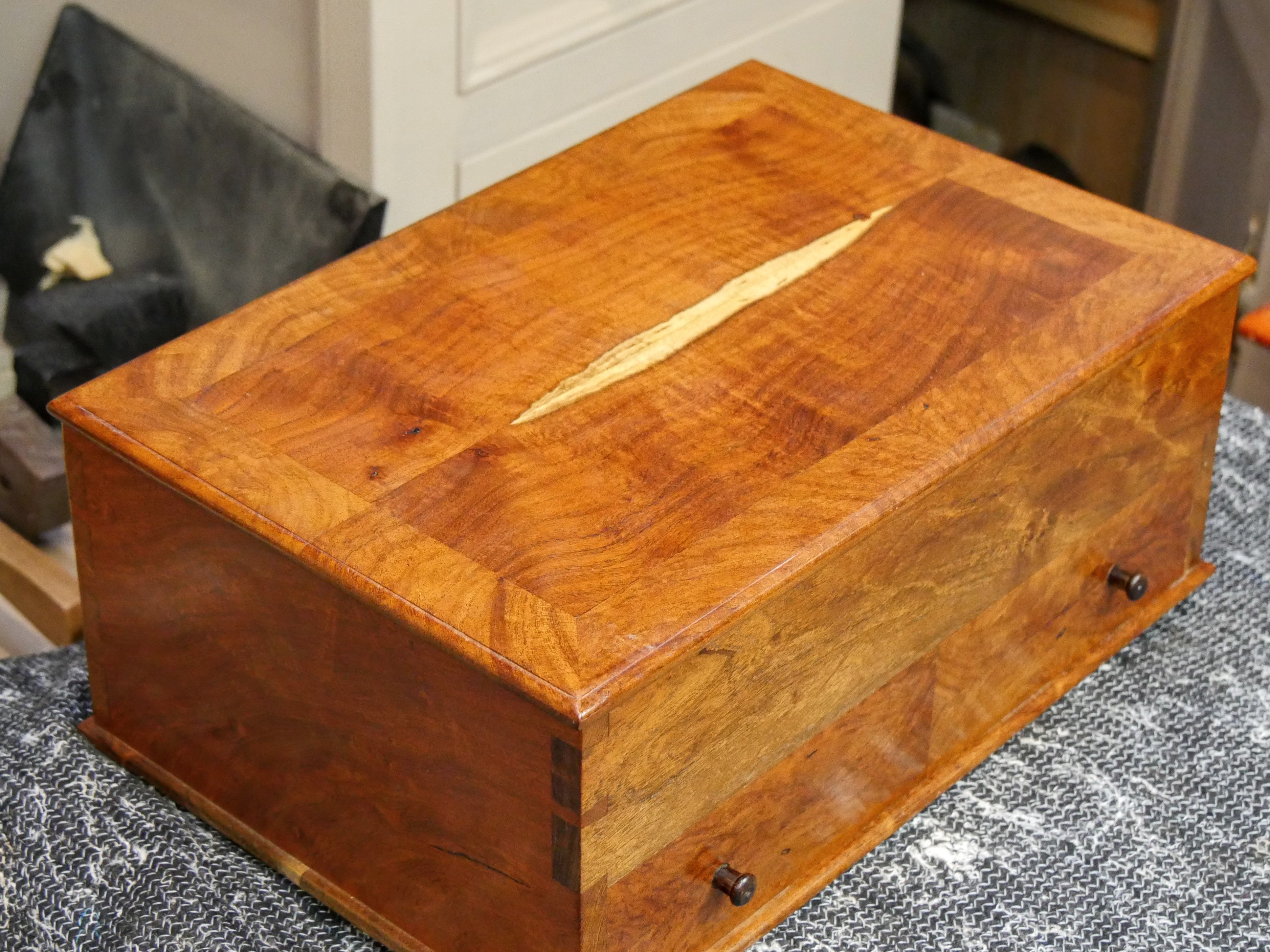 Mesquites are slow growing and the colour in this box is natural not stained. The canary yellow centre is the sapwood and curly is common to the wood in its general growth. Mesquite ranks amongst the most stable woods in the world and shrinkage from green to dry shows only minimal change. Once dried down to 10% you will never detect surface changes normally associated with other woods because it just doesn’t happen. In my case here the box was stored in a non-climate controlled storage unit for 8 years and whereas some of my other pieces did show change, the mesquite pieces were absolutely perfect. Of course you won’t find mesquite in normal wood suppliers even though harvesters have tried and tried again. 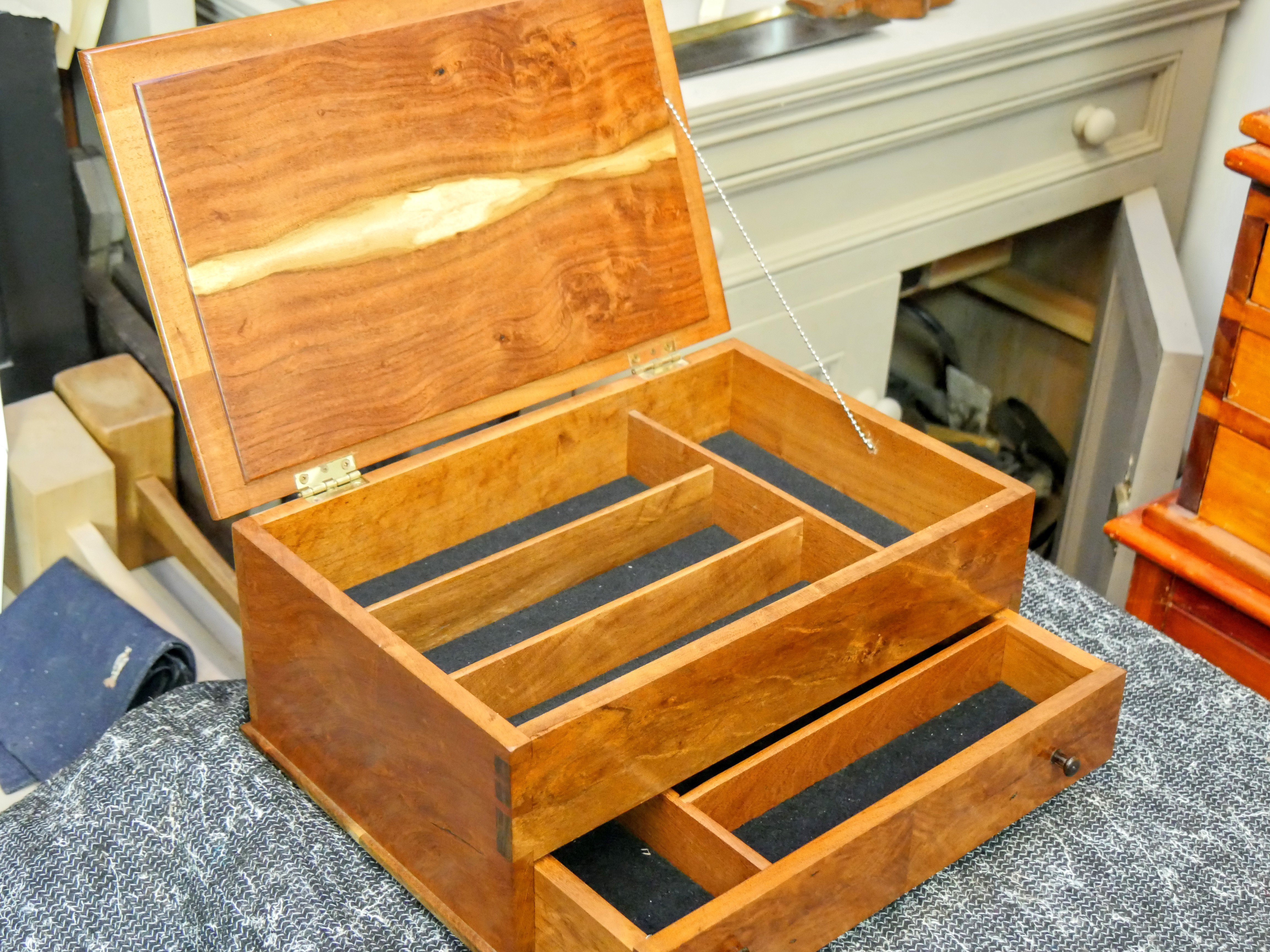 Mostly it’s because of its unpredictable grain patterns, colour and availability. But for small pieces like this the wood knows no equal and buying even short sections can be book-matched as shown to make wider areas and this especially works well for veneering to create quartering and such. 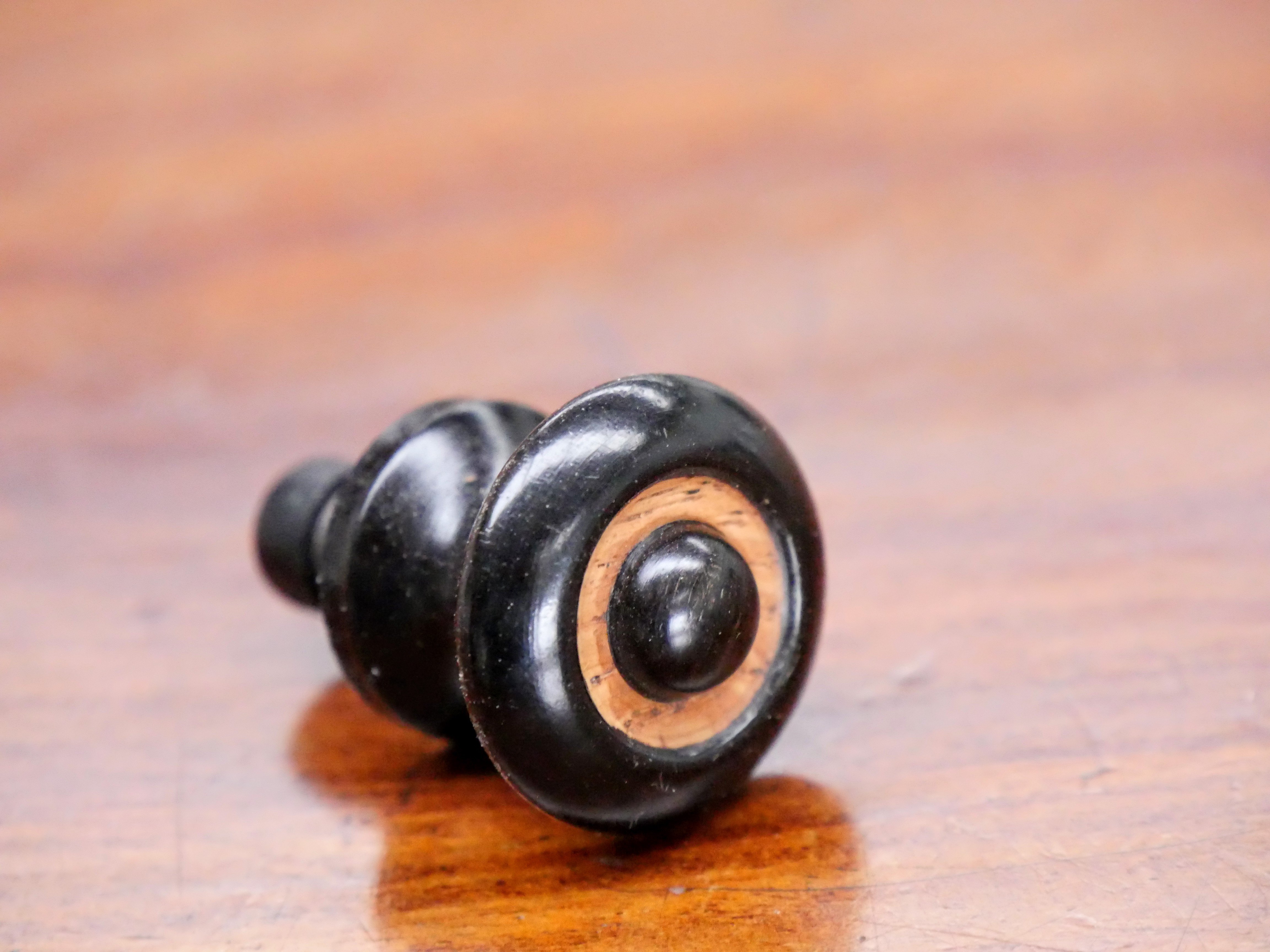 The box was a gift for my wife in this case but I made several to this design either as jewellery boxes or for silverware as in this case for Liz. When we made the White House pieces in 2008/9 I used the same crossbanding but added inlay in ebony for accenting and oak from what they at the White House called the Harrrison oak, because President Harrison planted the original oak tree during his term of office. Then, amidst my treasure finding, I found a spare knob I designed especially for the cabinets. The oak ring is the Harrison oak also. Perhaps one day I will find time to make a video on how the knob was created with the Harrison oak ring and the ‘eye’ in ebony.

9 thoughts on “Yet Another Texas Treasure”