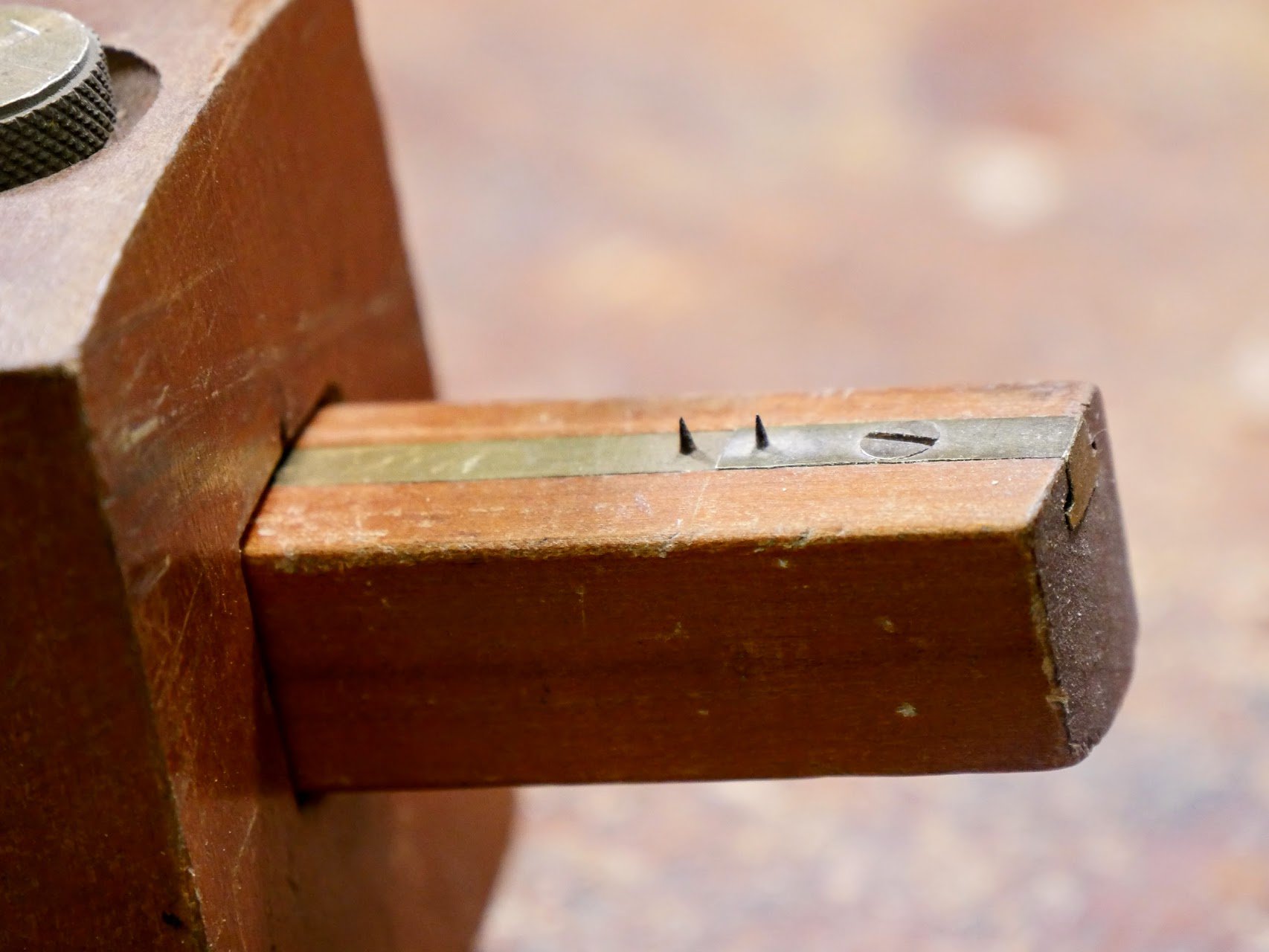 A question came up about the mortise gauge pins not closing up enough in some makes of mortise gauge. If, for instance, you are cutting a 3/16” mortise or tenon and your pins prevent setting less than say 1/4”. What to do? The questioner did indeed close with an answer to the question himself but wanted a confirmation. The answer is to file down or hacksaw off one or both sections of ‘T-bar’ to close up the distance. You don’t really need too much brass around the pins, but take care not to cut too closely as you do apply quite a bot of pressure to the pins when pushing into the end grain of wood to mark tenons and the stubby pins are not that long. Shoot for leaving 2mm and you should be fine. 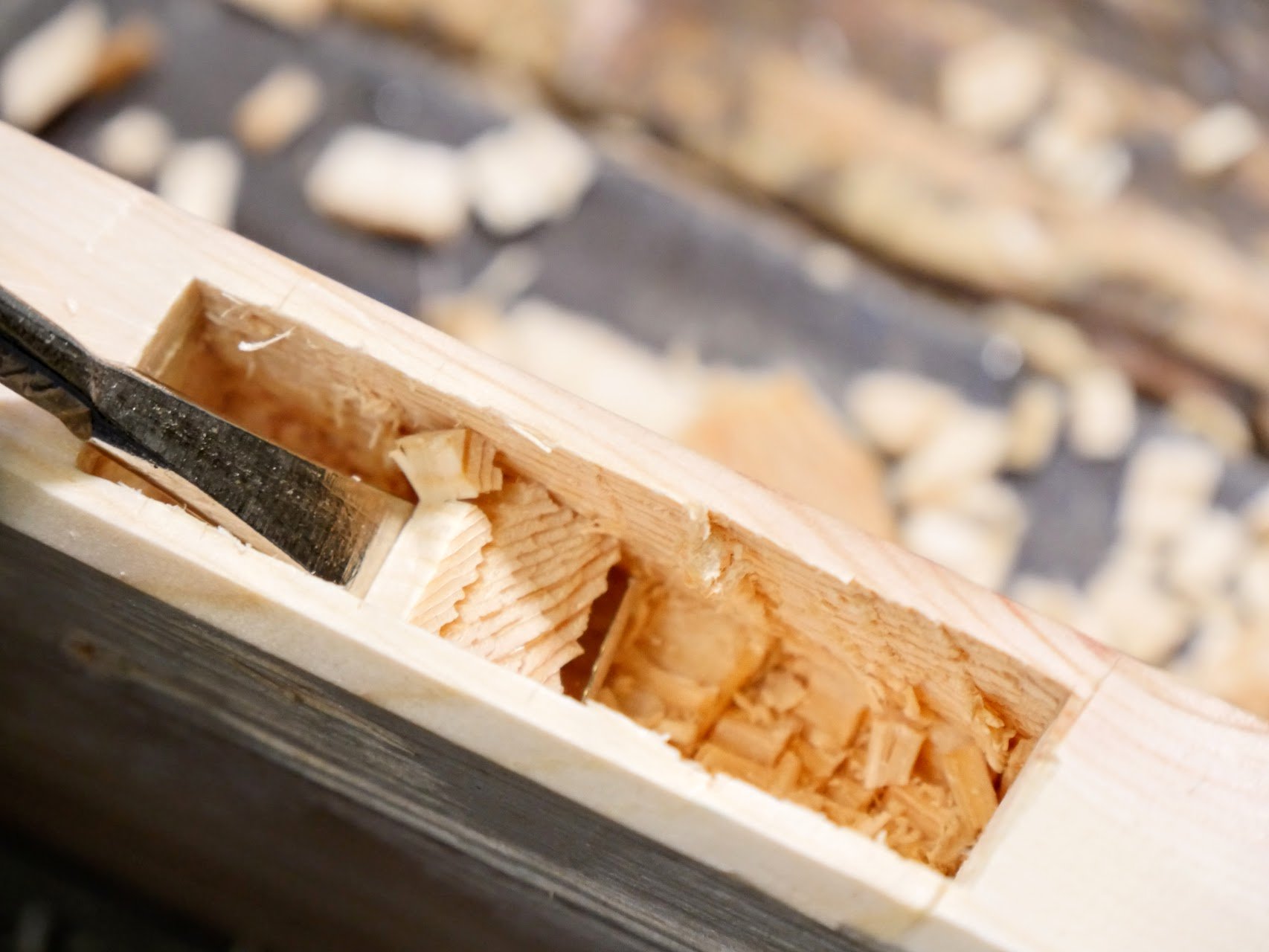 Someone else asked about the rule of thirds when he saw the thin walls to my image showing the chip remover in use from a roughly chopped mortise to show how the “chiphook” worked (It was indeed done purely as an example.). Anyway, the thirds rule is where the two side sections either side of a mortise hole are the same size as the tenon is. So in 3/4″ stock the mortise is 1/4″ and the outer flanks too. That way the tenon is 1/4″. But of course there are many situations where the only unifying factor is the tenon size and not alignment faces. Sometimes, as in the case of say doors, the mortise and tenons are indeed aligned and centrally placed in the stiles and rails and sometimes, perhaps not in equal percentages every time. A table leg is more often not flush with the outer face of the leg but set back to give more substance around the mortise hole. It is also common to have offset shoulders to tenons to move a rail further back or further forward too. It is a fact that without careful consideration you can take some suggested positioning and sizings and make them law when that could perhaps render them near useless with regards to strength. I recently saw this happen in someone’s work. 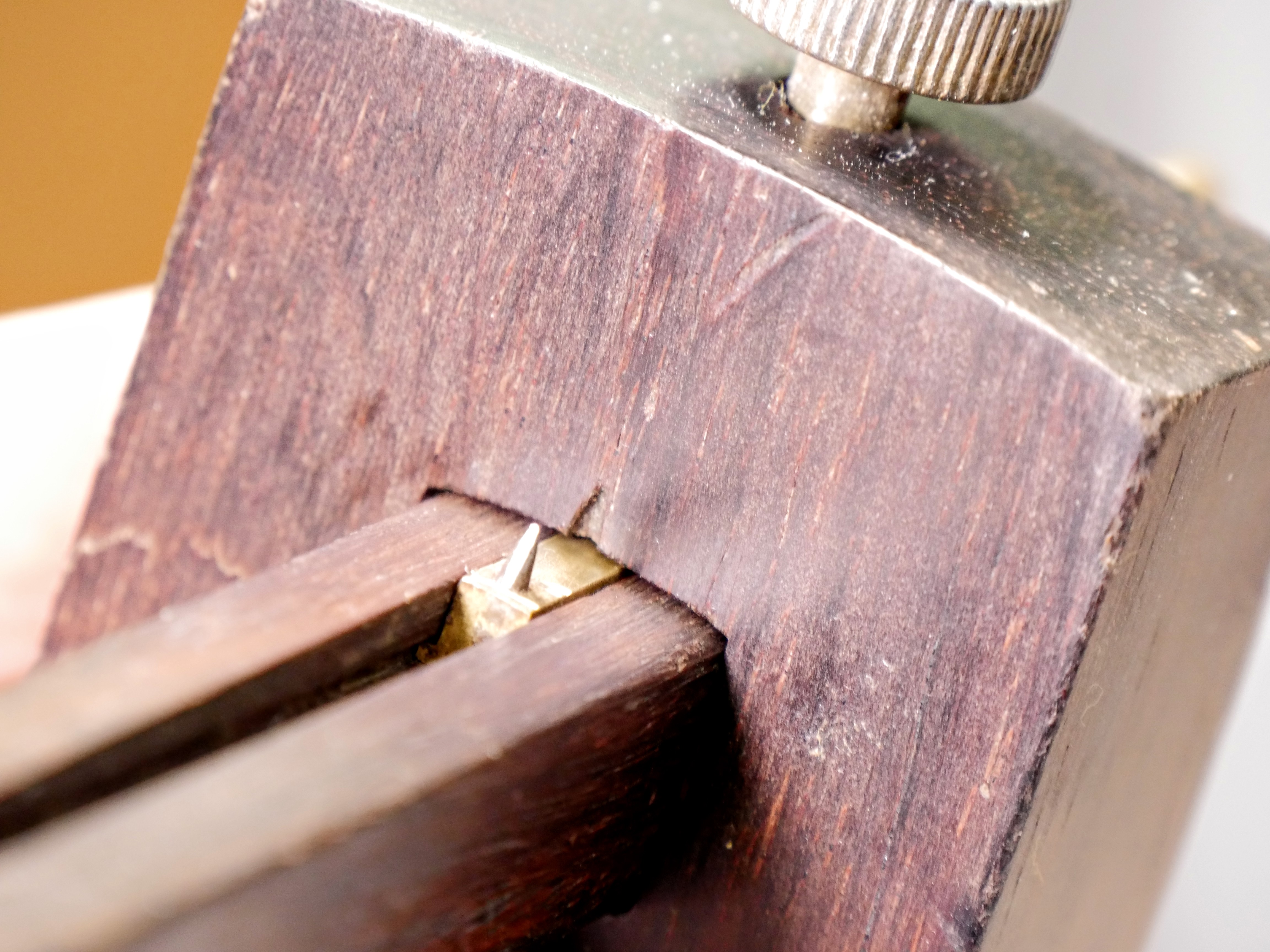 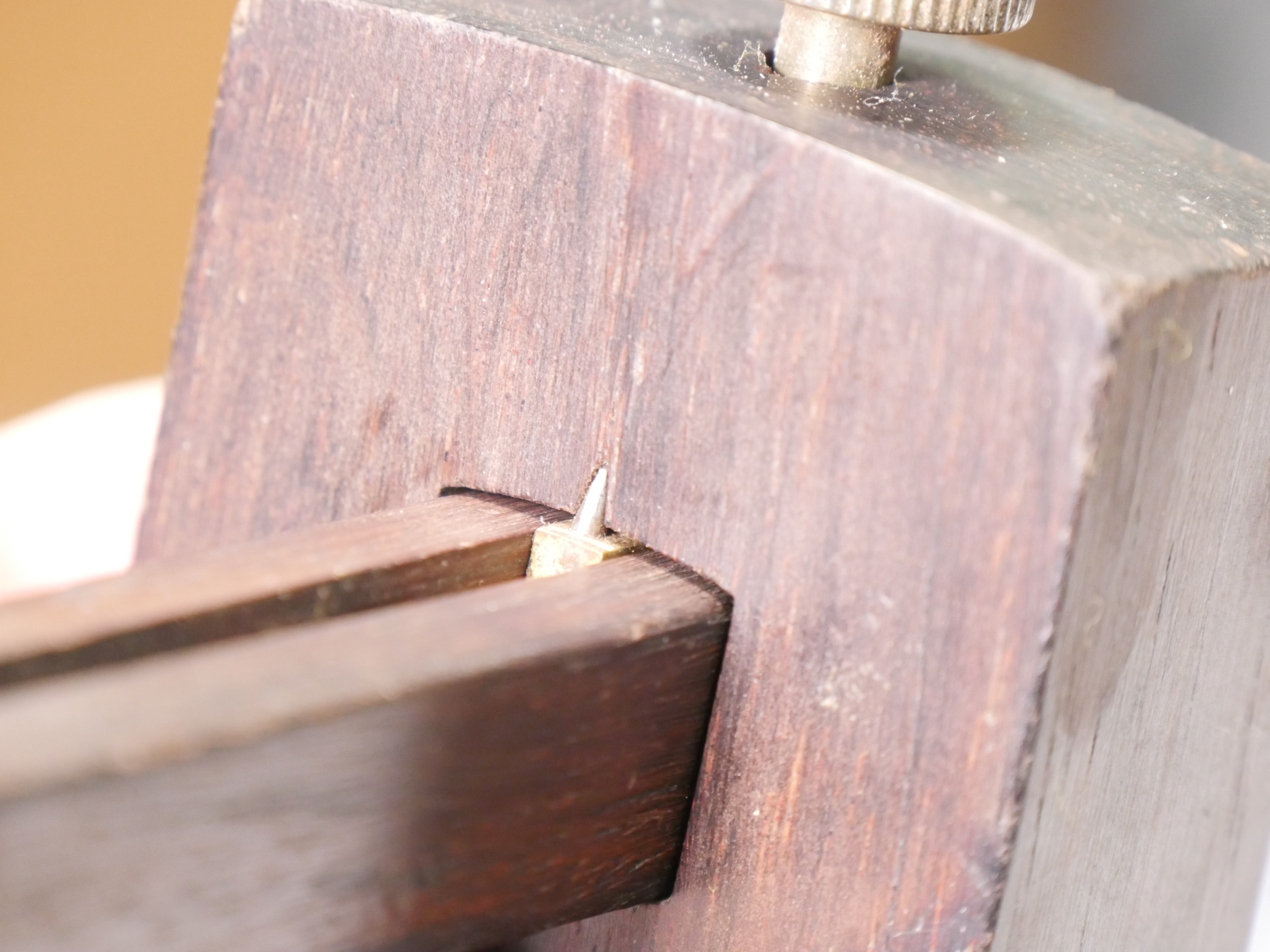 That question led me to think of less obvious features in mortise gauges because not all of them are created the same. When I buy in a mortise gauge the first thing I might look for is a small and insignificant recess in the face of the gauge stock where the stock faces or hits the the first and moveable pin if pushed into it. Some craftsmen cut a small notch to receive this pin so that it all but disappears into the stock. This then allowed the mortise gauge side of say a combination gauge or indeed a mere mortise gauge to be used as a single-pin marking gauge. This then meant that there was no need for a third pin on the opposite side because you had a gauge capable of both functions. I prefer the combination gauge however, because I like this pin to be longer and more slender than the pins used in mortise gauges which are always shorter and dumpier with the pins having steeper coned points. For me the 3rd pin stays. The notch I have mentioned can be deep enough to allow the second pin into the stock all the way up so that the stock reaches the 3rd pin on the opposite side of the beam if desired. 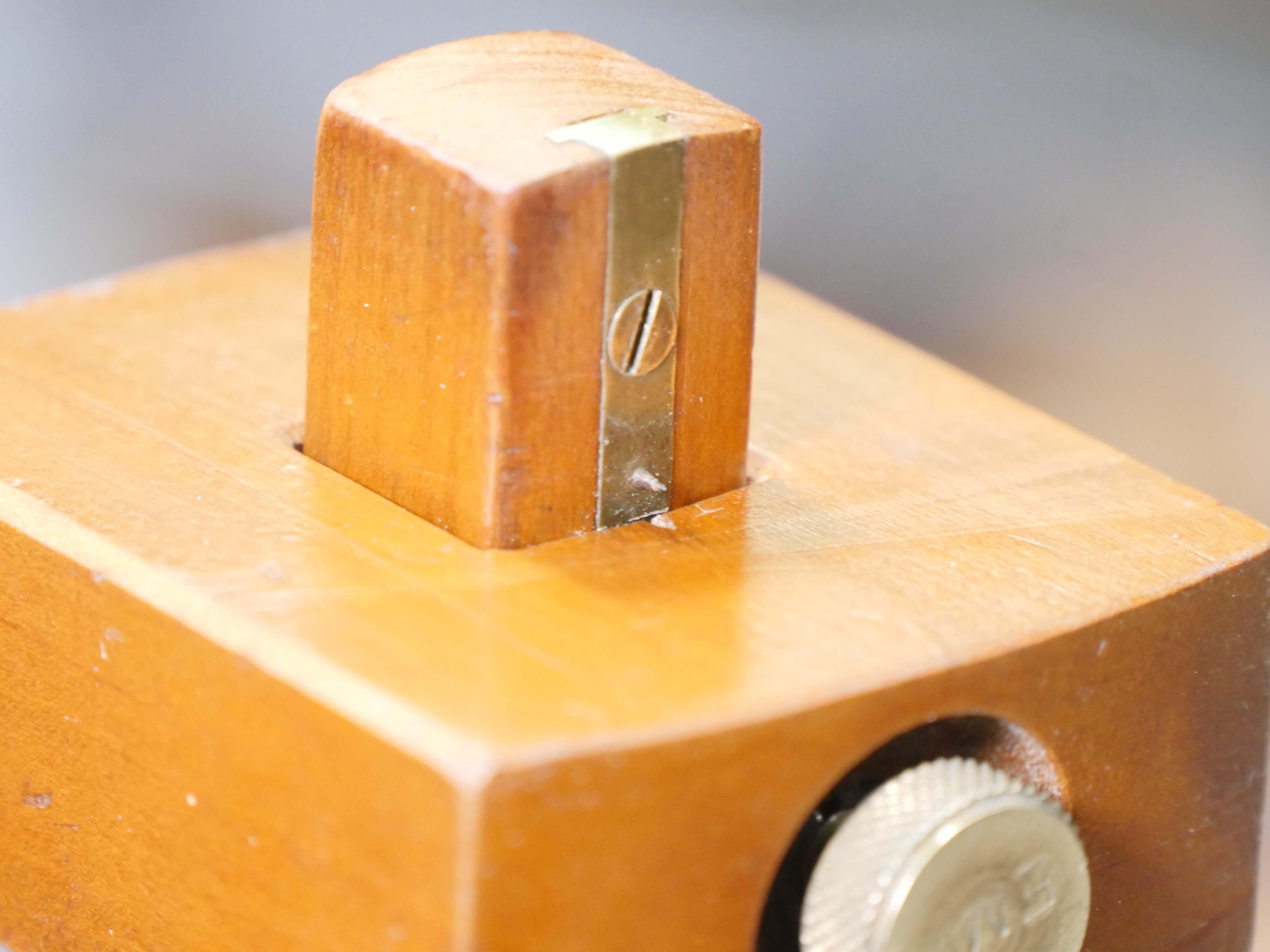 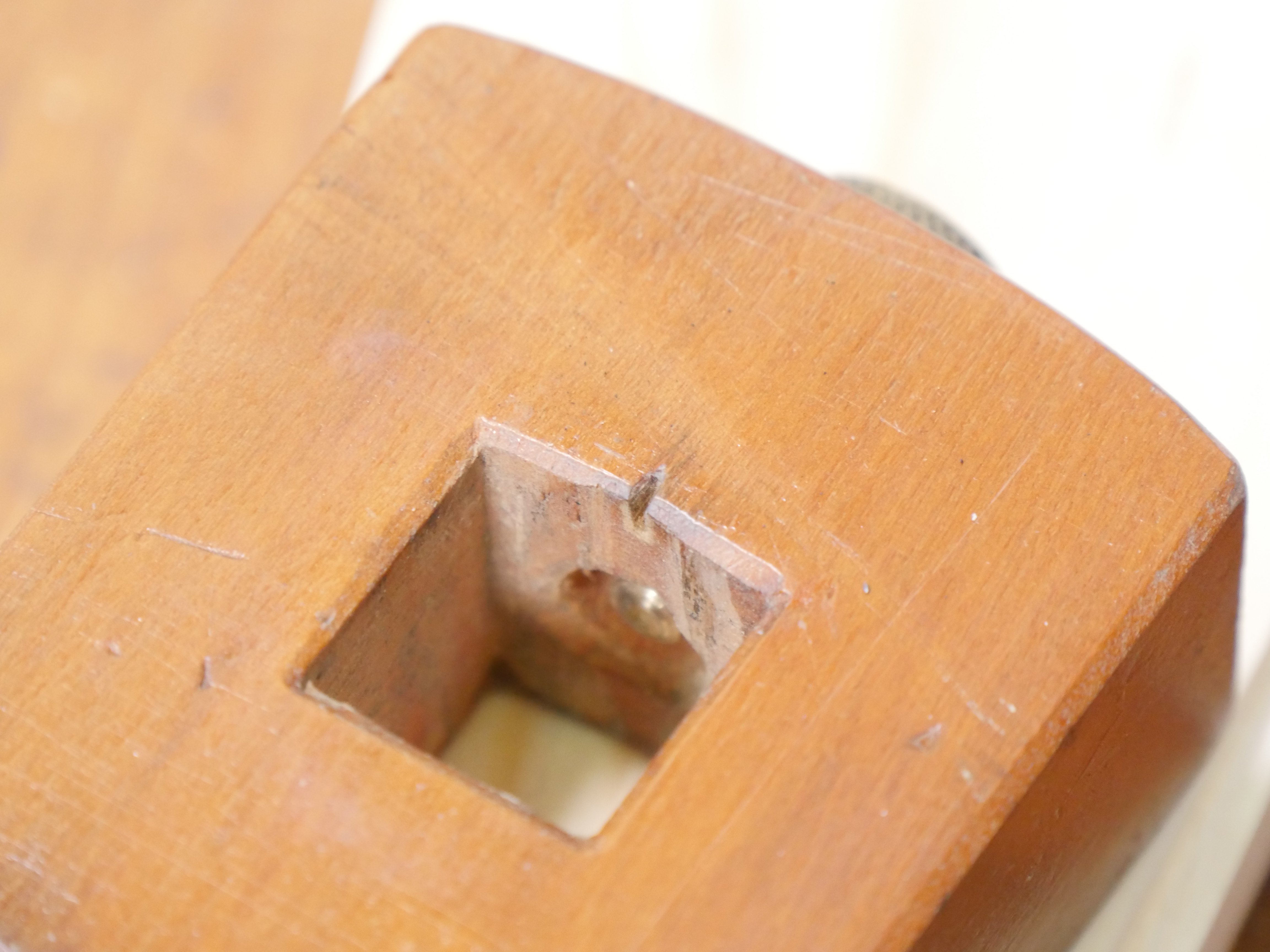 I did buy two more rosewood versions this week that were just lovely versions.

In a few weeks we will be holding our first class of the year and as always I look forward to that. The classes dotted throughout this year are all filled and did so after just a few days of posting. It makes me all the more conscious of how important the work we are doing has become. The little nuances of how and why we do this or that do get lost with each generation that passes. I mean the little notched recess in the marking gauge that receives the pin to allow use as an ordinary marking gauge and then how we use a light pass for fine lines not a heavy one are examples. 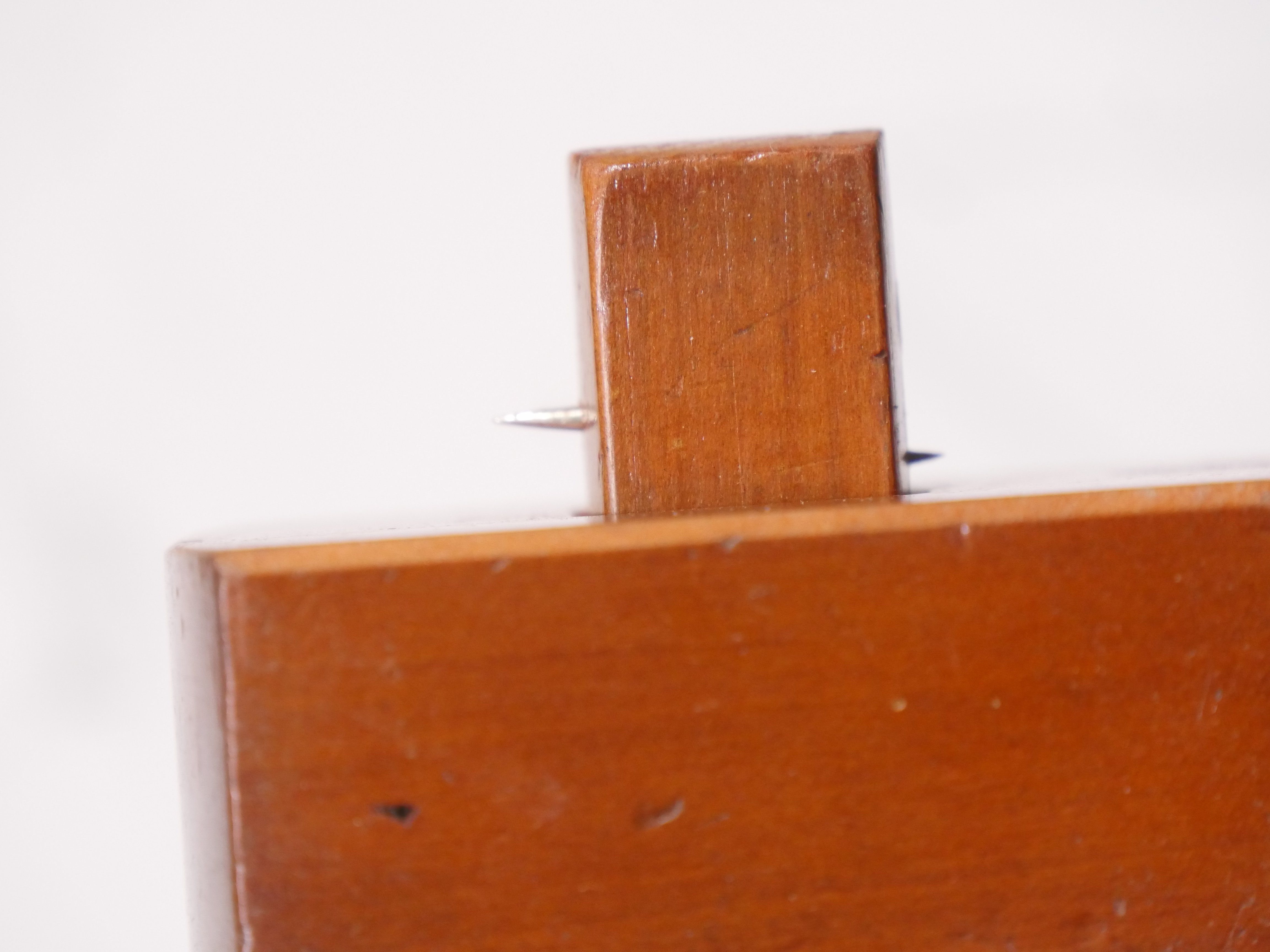 I think most people coming into woodworking now know that you can enjoy woodworking with just a few hand tools and without spending too much on lengthy courses or even having degree. I like the change..

My hand tool work using my most treasured possession just fits in my life. So I write books, blogs and comments on social media, make videos most days and then hold my classes whenever we can fit them in. With my friends at work, six of us full time, we are just about able to keep up and so I am as ever a very lucky man.

10 thoughts on “Another Point of Mortise Gauges”