Back in the 1980s we were paying higher prices for secondhand and especially collectable woodworking hand tools than we might be today hence no sympathy with those looking to buy nowadays. In fact collectable tools were usually obtained primarily from specialist dealers who bought and sold as any antique dealer might. They advertised in magazines mostly, but in the classified columns of local and regional newspapers you regularly saw adverts saying, “Old Woodworking Tools Bought and Sold–Carpenters, Wheelwrights, Coopers, Joiners and Cabinet makers. Good prices paid.”

Such tools were harder to find because, well, there was no eBay around and there was really not such thing as internet selling and buying. The only knowledge I had of old tools was what I saw in tools chests at my working at the bench. The selection of specific tools back in the 1980’s for instance would be very small when compared to looking on eBay and seeing perhaps a hundred wooden spokeshaves at any given time. It wasn’t that the tools were not there, it was that they were buried as junk in cellars and attics, sheds and garages. No one could really access a market to buy or sell without a great deal of effort. Then of course you had to deal with, well, dealers, who wanted what you had for very little money or even nothing. 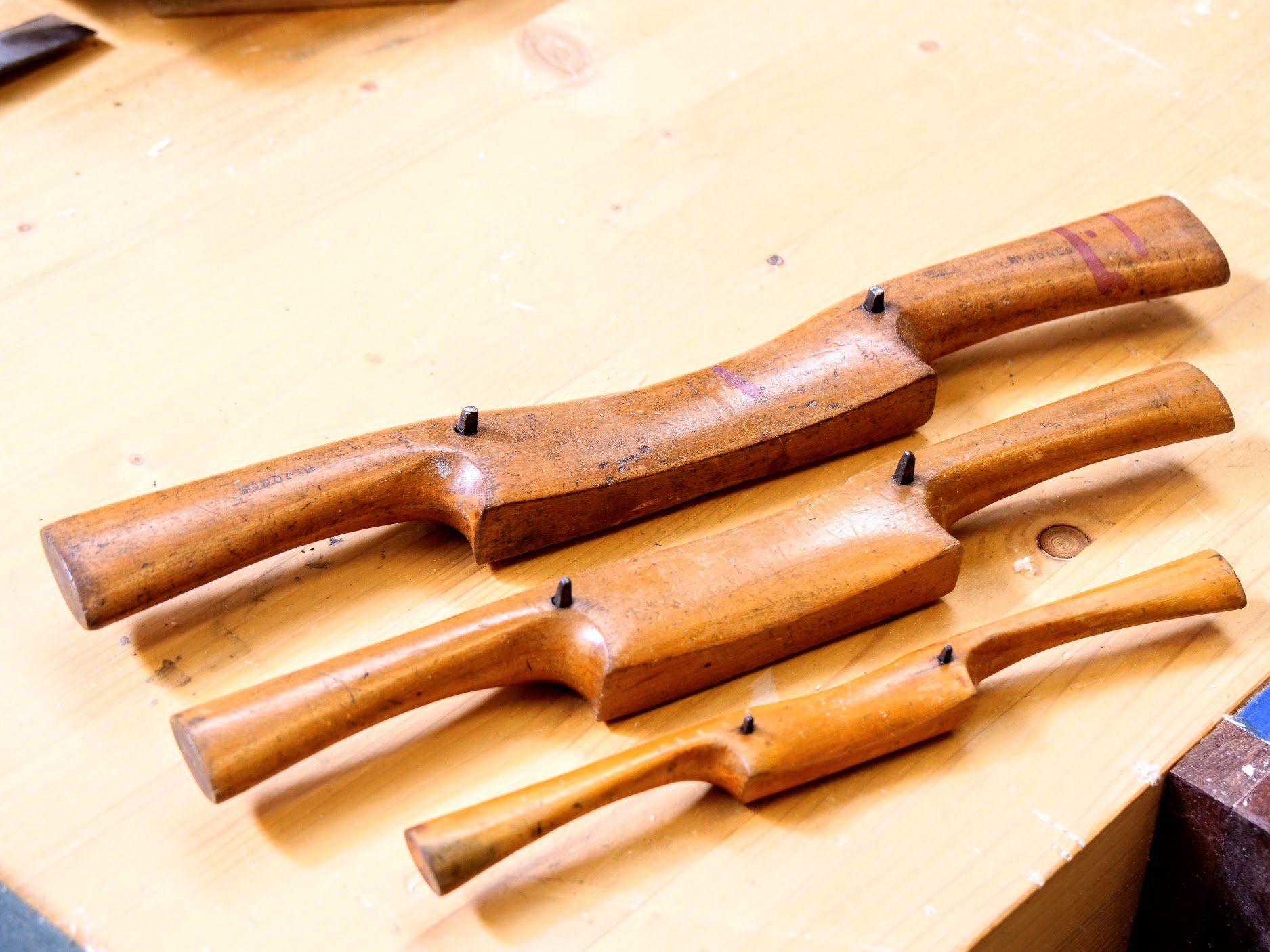 These three spokeshaves are eBay finds. I love the small version as a round-bottomed version. 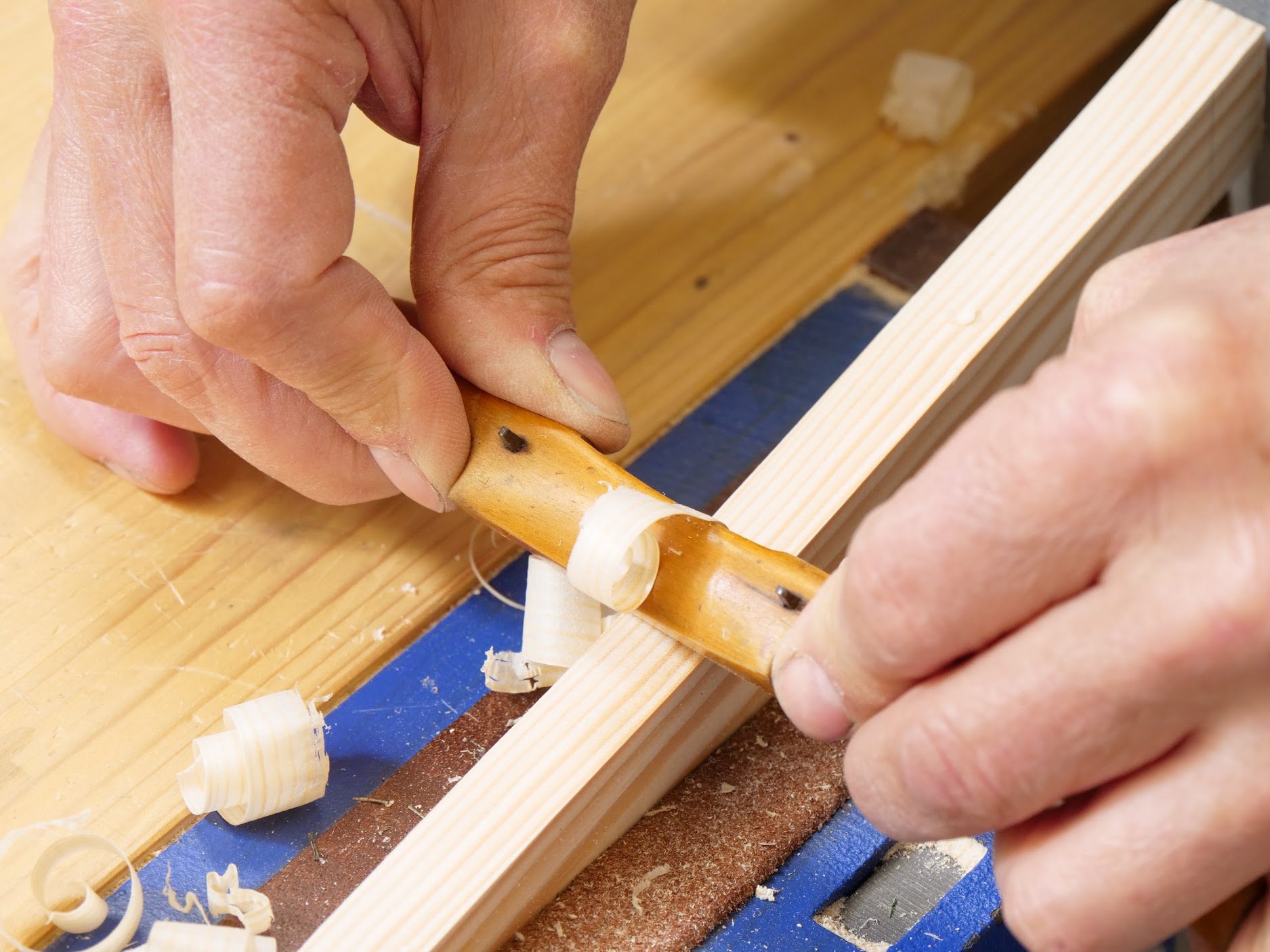 It’s a funny thing that I pay less for a rosewood or ebony and brass mortise gauge now than I did back 30 years ago. Those gems made in the 1800s might have cost me £20 and more depending on the maker, material and type. As I said, I was paying that and more back in the 1980s. I recently picked up a few decent eBay finds and I thought you might find my rationale in purchases interesting. I bought a #4 Stanley for £15 knowing it had a broken handle I could fix. 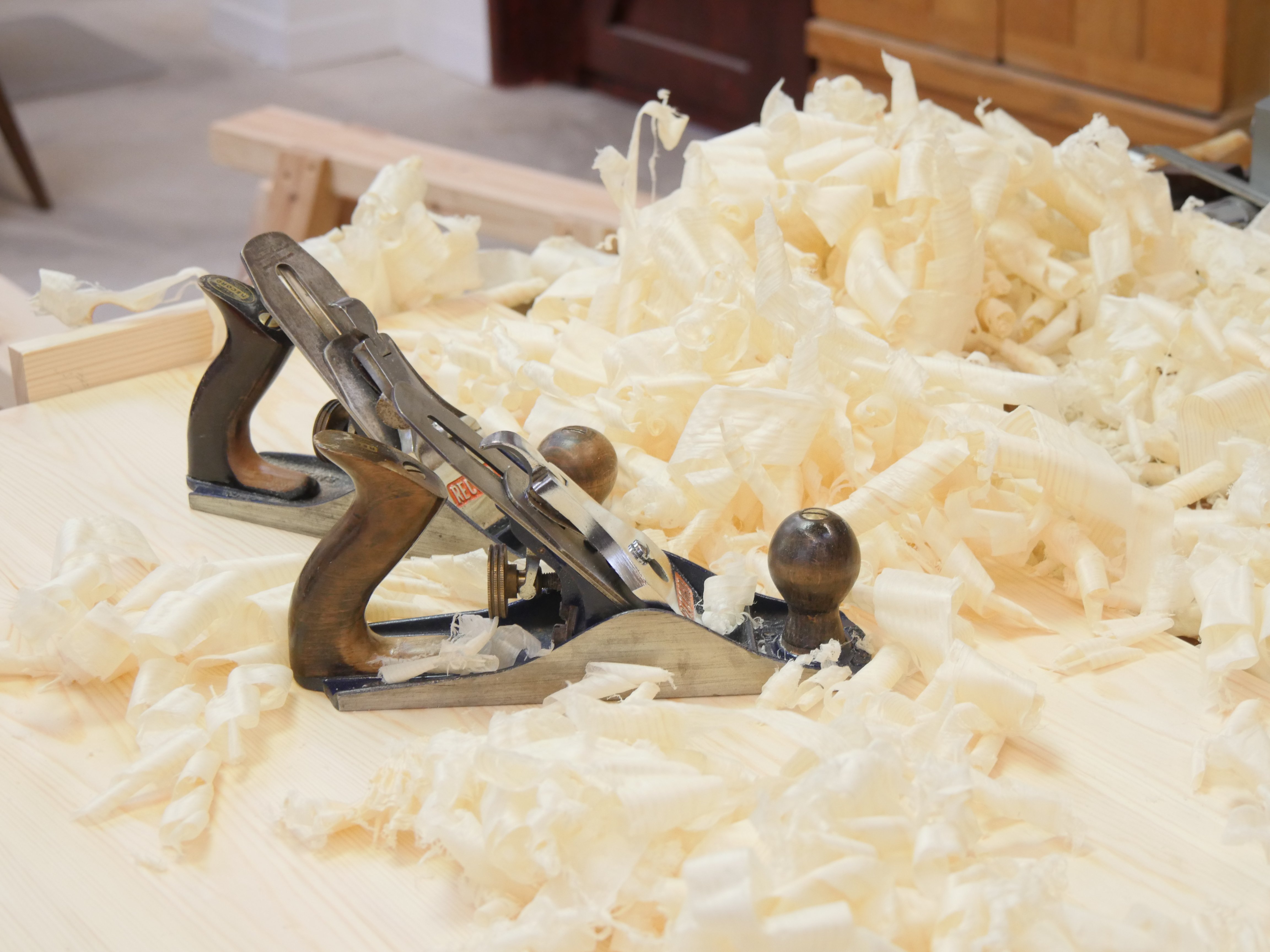 Of all the handles I have glued for repair, that’s the more awkwardly shaped rear tote, I’ve never had one I couldn’t glue and I’ve never had one break either. So I bought without hesitation as I often use them as an example for repair demonstrations in my workshops anyway. And this is my point. I sometimes buy because something is going for a song. Then there are things I buy because of rarity. This set of bits was not inexpensive and cost a little over £100. 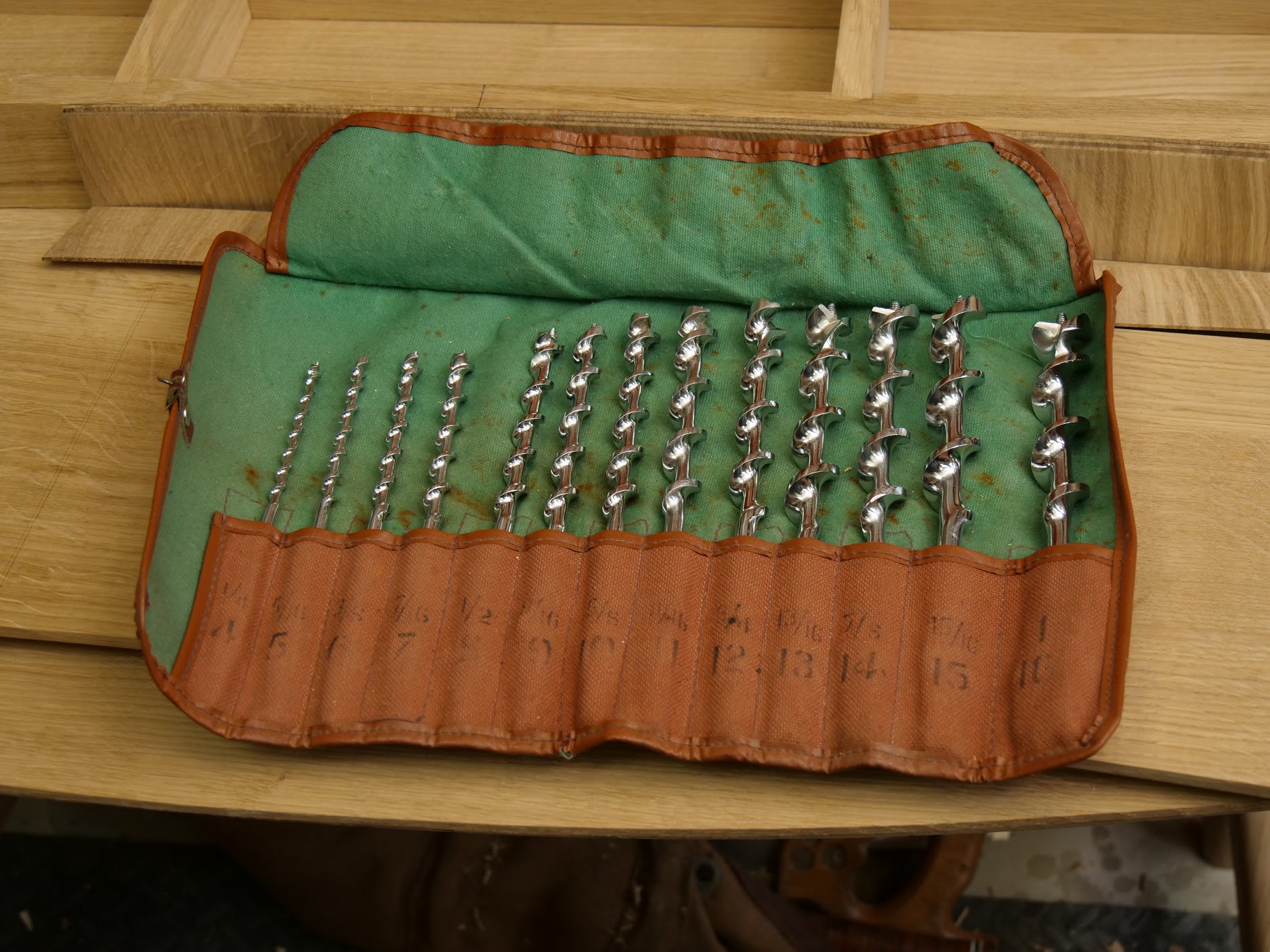 It was the condition, the plating and the maker that made the set rare. The bit roll, canvass, was felt lined and in excellent condition too. Mawhood was a reputable make or brand. 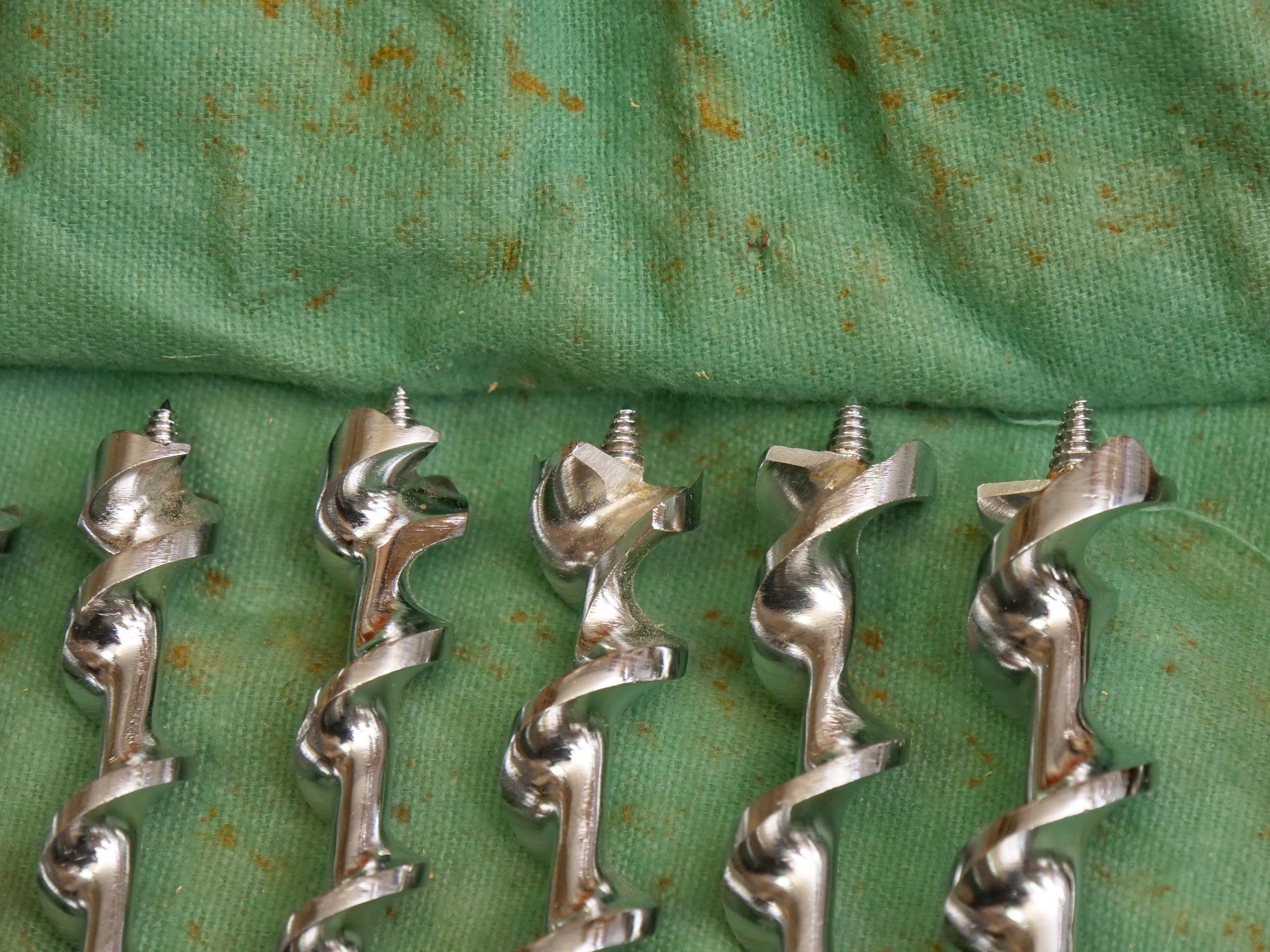 Only one of these bits looked as though it had ever been used. It had a buy-it-now tag and I didn’t want to lose it. I will use them, of course I will, but I will also be very careful how and when and on what I do. Yes, I do have three very good sets, and then some an assortment of odd bits that I keep around too, but I use these in my classes as well. My new ones will be personal and for family. You understand, I am sure–none-loaners! 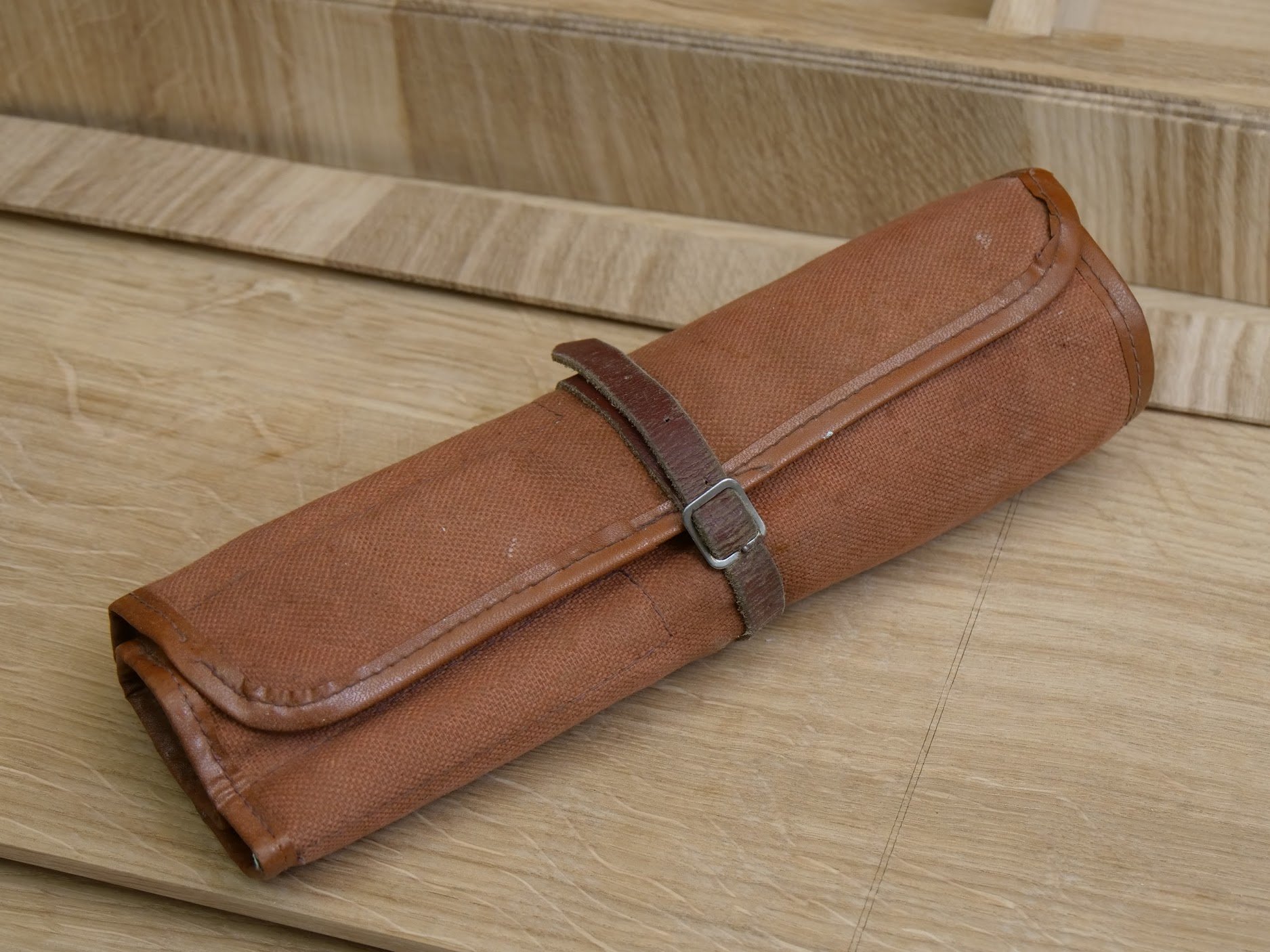 Here you can see the quality of the bit roll. Usually joiners used the bit rolls because they would travel well from the shop to the job; usually the work would be in homes, shops and offices. 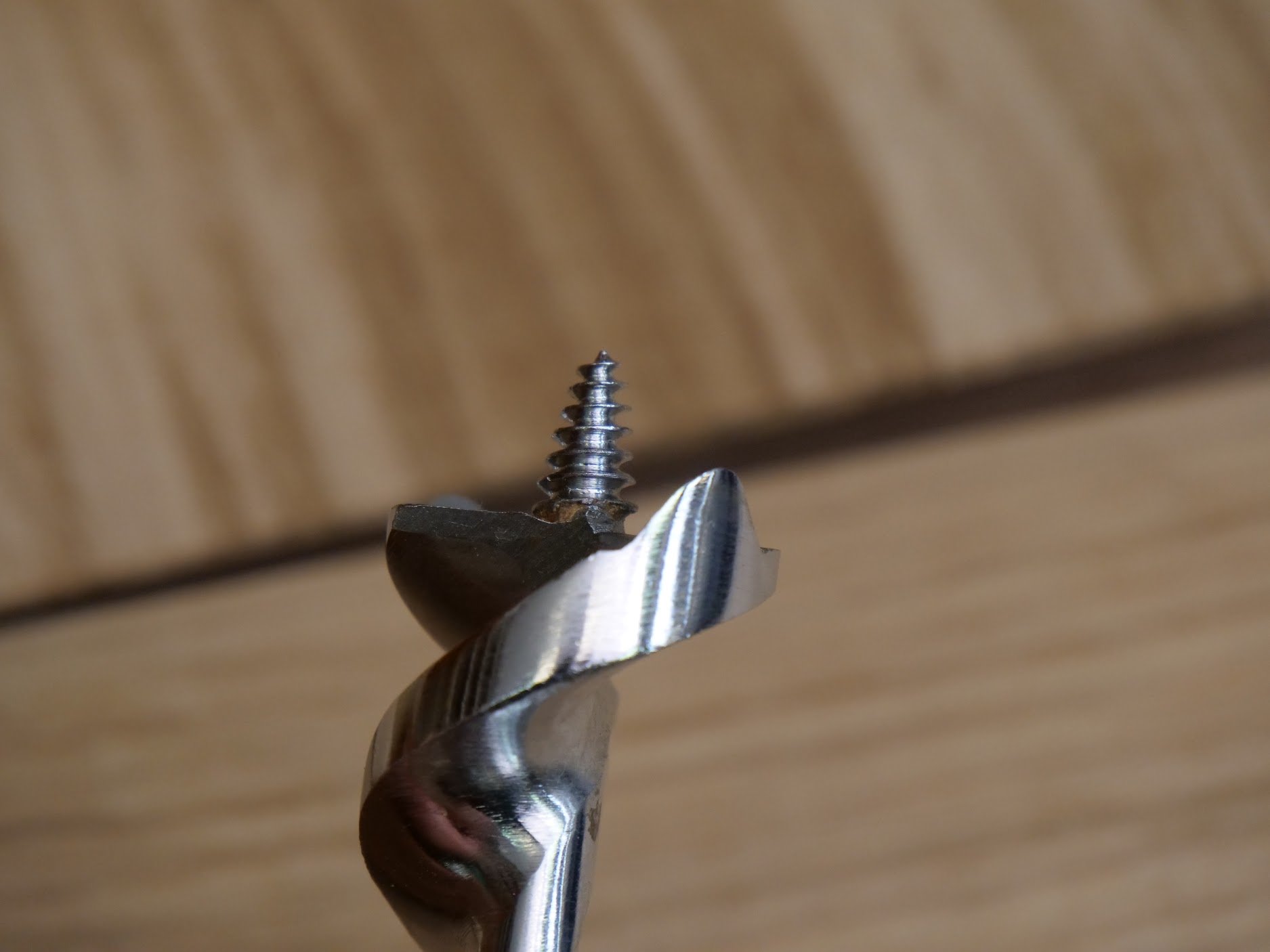 You can see the condition of the bits here. Always check for how much they have been sharpened. If the spurs on the outside are filed too much the rim of the hole will be ragged. 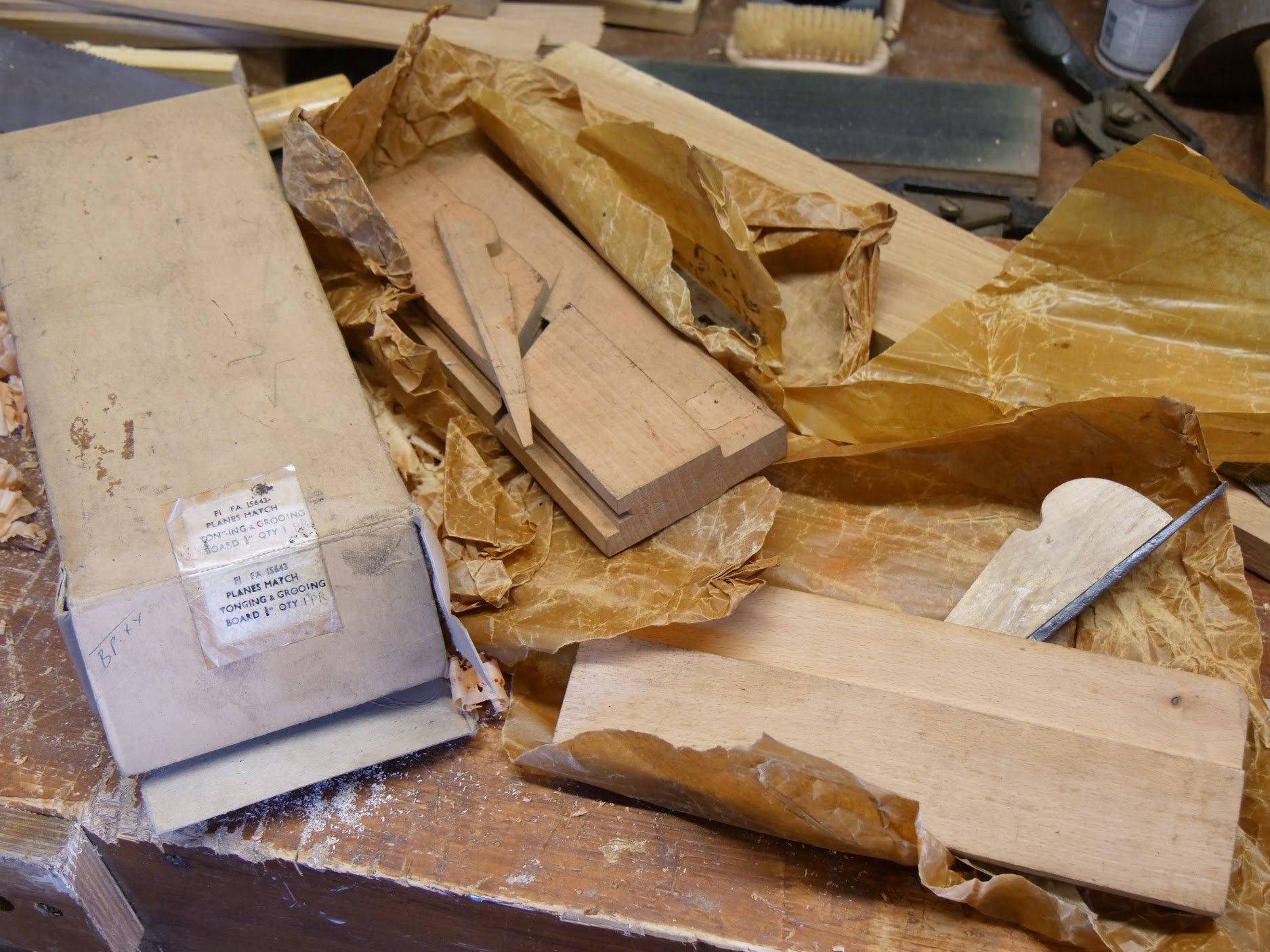 And what about a pair of wooden T&G planes, boxed, named and still wrapped in their wax paper. Unused too, these planes are beechwood one were “war issue” , which means they were sent out without any kind of finish being applied by the manufacturer. T&G stands for tongue and groove. They were created to make tongue and groove boarding. 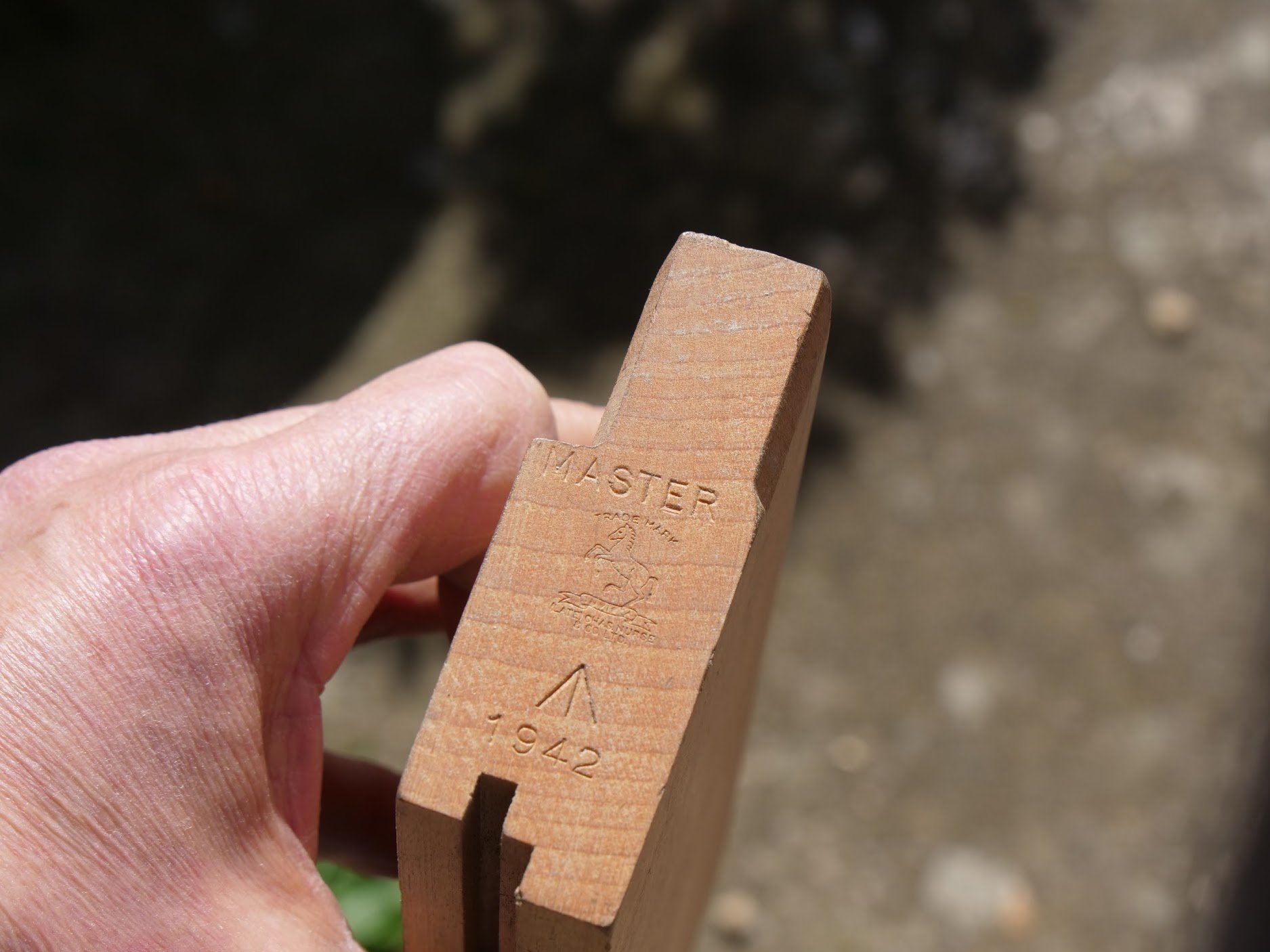 These plane types are surprisingly useful and I use them a lot for creating paneling, inlay work, even sections of say floor boarding for the bottoms of a chest or a drawer bottom. Such like that they are instant. No fence setting, no depth setting–both one built into the planes. These planes come in various sizes depending mostly on the thickness of boards. Usually they go up to ⅞’’ and start at 3/16”. That means the thickness of wood for the latter is actually 3/16” with a 1/16” tongue and groove. This is very rare but I have such a pair. Common sizes are suited to material thickness from ⅜”, ½”, ⅝”, ¾” and ⅞”, by thatI mean the stock to be worked nit the stock of the planes. I have known other sizes but these are common. I also bought a used pair for £20 because I saw them and use them fairly regularly. They worked on arrival but were not a matched pair made by the same maker but two different makers. That said, they did match.