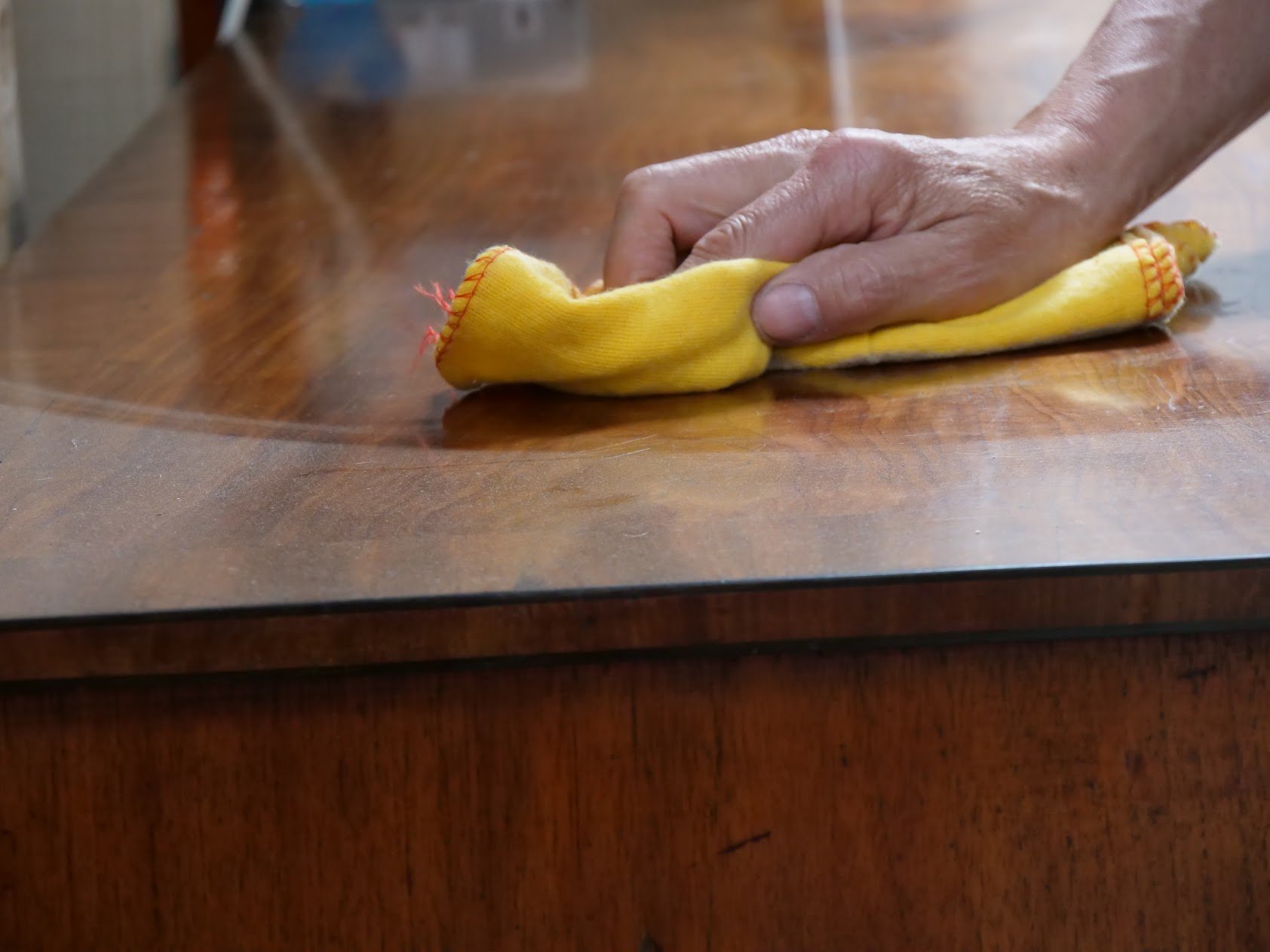 Yellow dusters! Don’t trash ’em. They work great. They are washable and can last for years.

The yellow duster is unbeatable for trapping dust, taking it outdoors safely and shaking it out to the four winds. Its fibrous soft fibres are the very thing that make it work the best. I am guessing that these National Trust leaders and advisers are not of the generation that actually dusted much of anything and wonder if they actually did a lick of dusting to be so accepting and then dismissive of their true functionality. 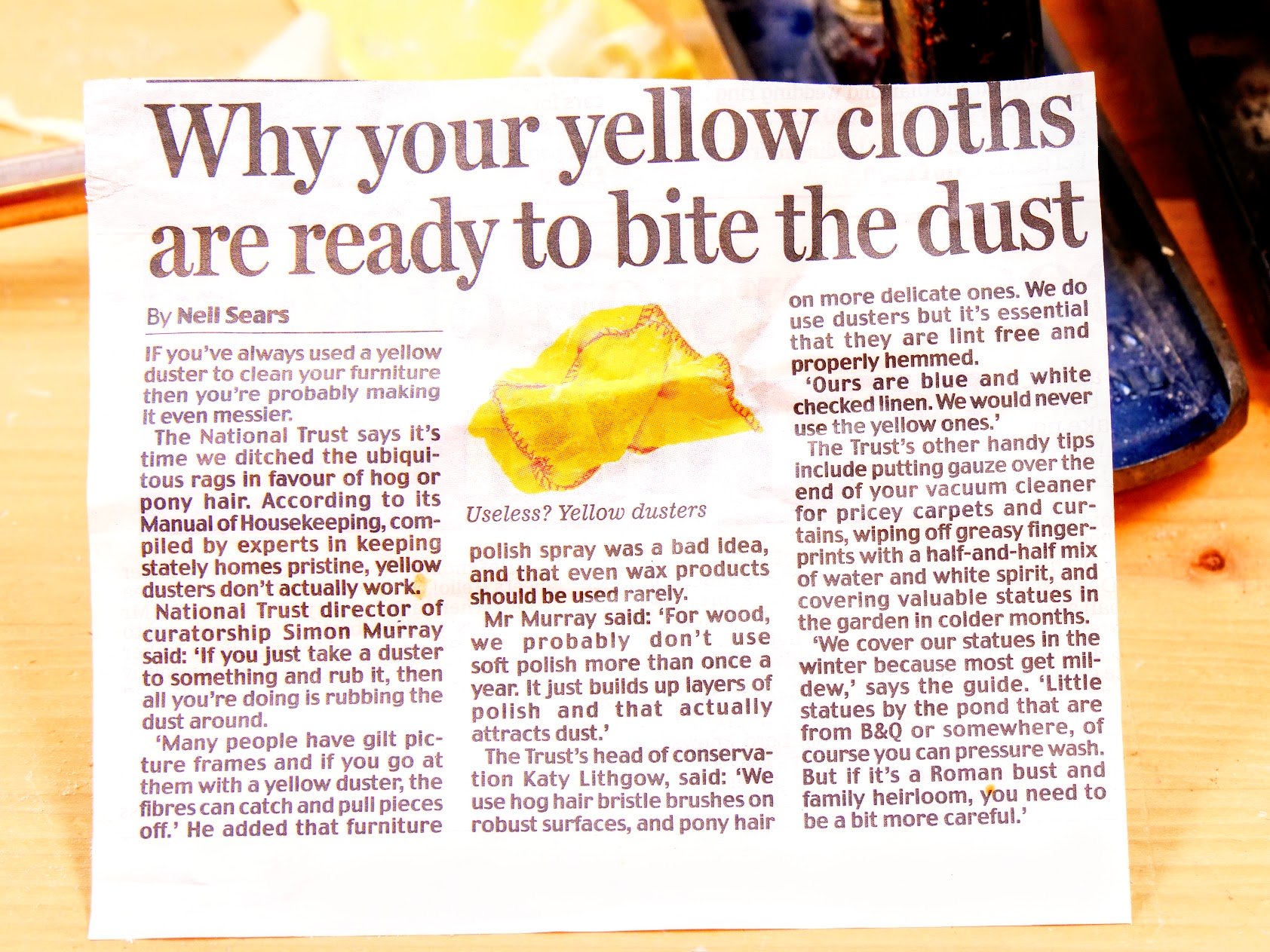 It may not matter to you but it does to me. The fact that it’s yellow does’t phase me, blue black, cream or peach, it doesn’t matter, except that its borderline hi-viz yellow does maki it easy to spot in any box of rags. The fact that, well, it’s a British phenomenon, doesn’t matter much to me either. What matters is it is a great duster, which means it picks up dust, holds it in its soft bosom and does not in any way make anything “more messier” than it cleans up and clears away. Who is this National Trust anyway? Well, it’s something of a household name here in Britain. Fondly favoured as protectorate of Britain’s national treasures, Britishers will usually hear nothing bad said of it, even if it’s dead wrong. The British public that supports it are unquestioningly loyal to it, so when it says  “It’s time we ditched the ubiquitous rags in favour of hog or pony hair” the chances are the unsuspecting and unquestioning are indeed likely to do just that. The problem though is this, this duster does not do what they say it does and actually does what they say it doesn’t.  I will though accede just a little that perhaps it is unsuited to some of their work, or consider they have accessed something better, for Joe and/or Jane Blow though, the ubiquitous yellow duster should remain a firm favourite for a variety of good reasons. 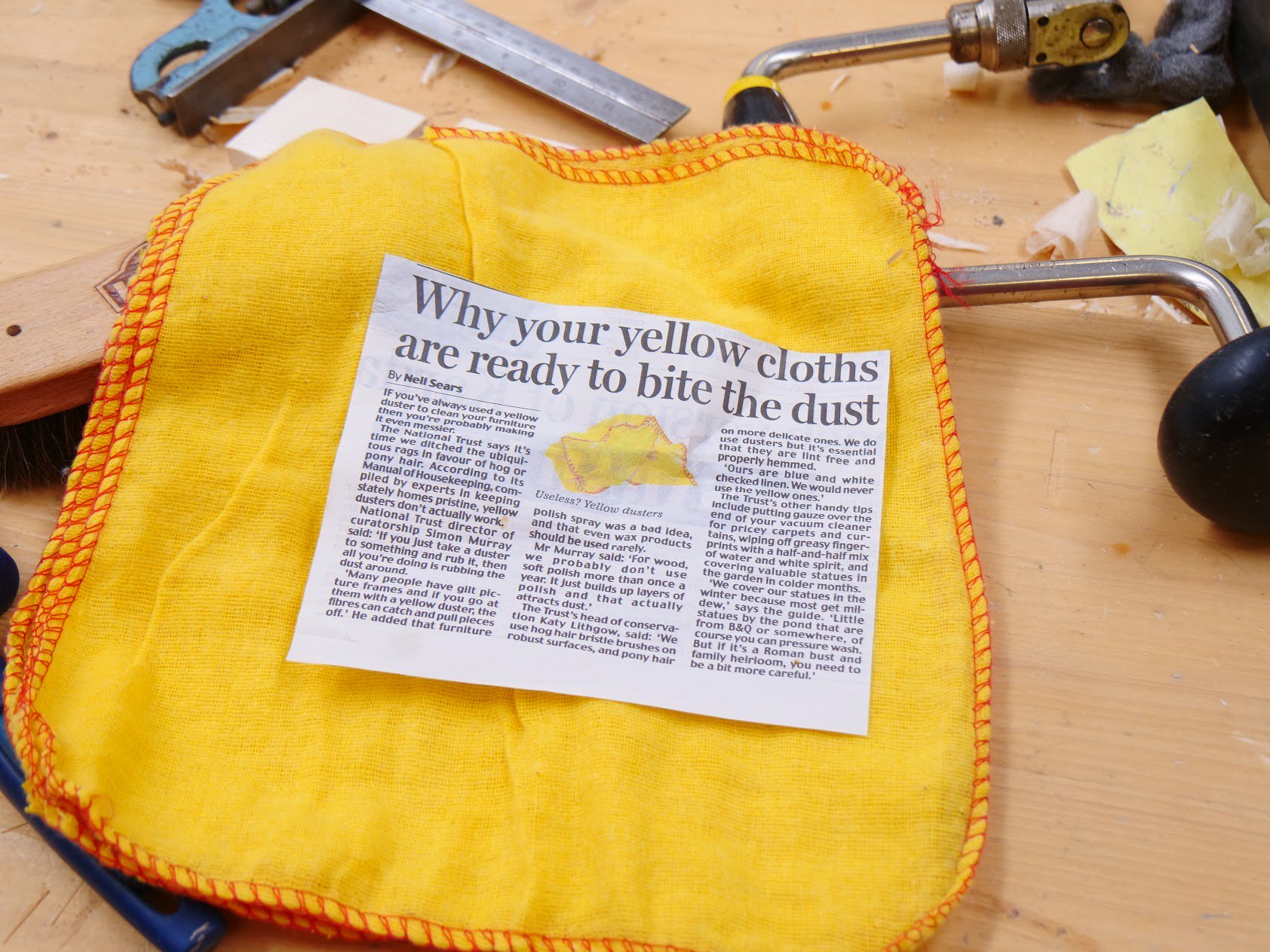 Why such a dust up?

Well, finishing off the sentence is just a bit hard to swallow and it has been this that makes some National Trust stuff stick in your throat just a bit. For those of us with boots on the ground, the yellow duster is very good for a wide range of tasks in the workshop, not the least of which is dusting.  Imagine someone saying to you  get rid of your rag duster and use a hog-hair bristle brush or a pony-hair brush because the duster makes more mess. I mean, ‘Oh, just nipping out to buy a pony-hair brush. Back in a mo”. You are nit telling me that hundreds of thousands of home cleaners and owners of furniture and home contents for a century and more were idiots in not knowing how to remove dust from their homes.  Add to that that they are suggesting any kind of brush does not cause the dust to puther is pure idiocy! They give the impression that the soft and fibrous lint duster, designed specifically pick up and retain dust in its fibres, and that  they are somehow puthering dust everywhere when in actuality they are doing no such thing. 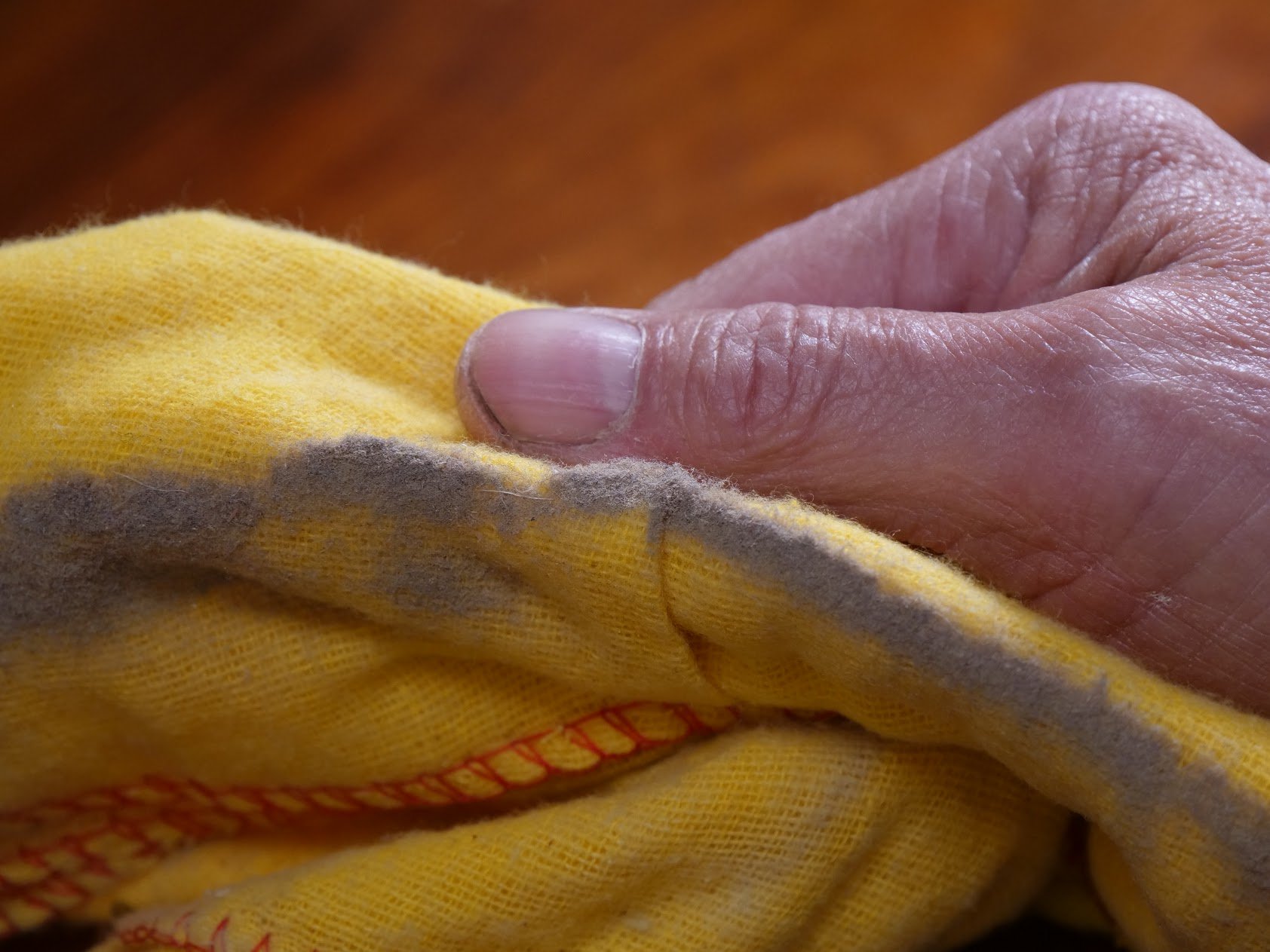 This is the result if a single wipe on 2 foot by 8 foot cabinet photographed with sunlight behind and there was no trace of dust in the atmosphere.

On the business of waxing your furniture. I agree that spray cans are usually not the good thing to do. Bad for a range of reasons. Wax polish, and I use national Trust polish, is as they said good periodically and usually unnecessary more than once or twice a year depending on use.

Remember, what doesn’t work in posh houses for the rich and now defunct landed gentry in manorial homes where works of art are being conserved and preserved as museum pieces is fine, in the ordinary houses of the ordinary people there is likely nothing better. Anything that swishes dust, you know, long things with hairs on sticks, are not good choices. Dusters for the likes of us are fine.

Just off out to “cover up my valuable statues” in case of frost!