…but What the Wood Does to the Boy!

On Saturday morning Hannah completed another box. I thought it was perfect. She didn’t. Not until it was done that is. Then she liked what she’d done. What makes the box as near perfect as possible in my consideration of the whole in not so much the perfected work but attitude. Her attitude to learning and mastering is exemplary. She never gives up, but perseveres. 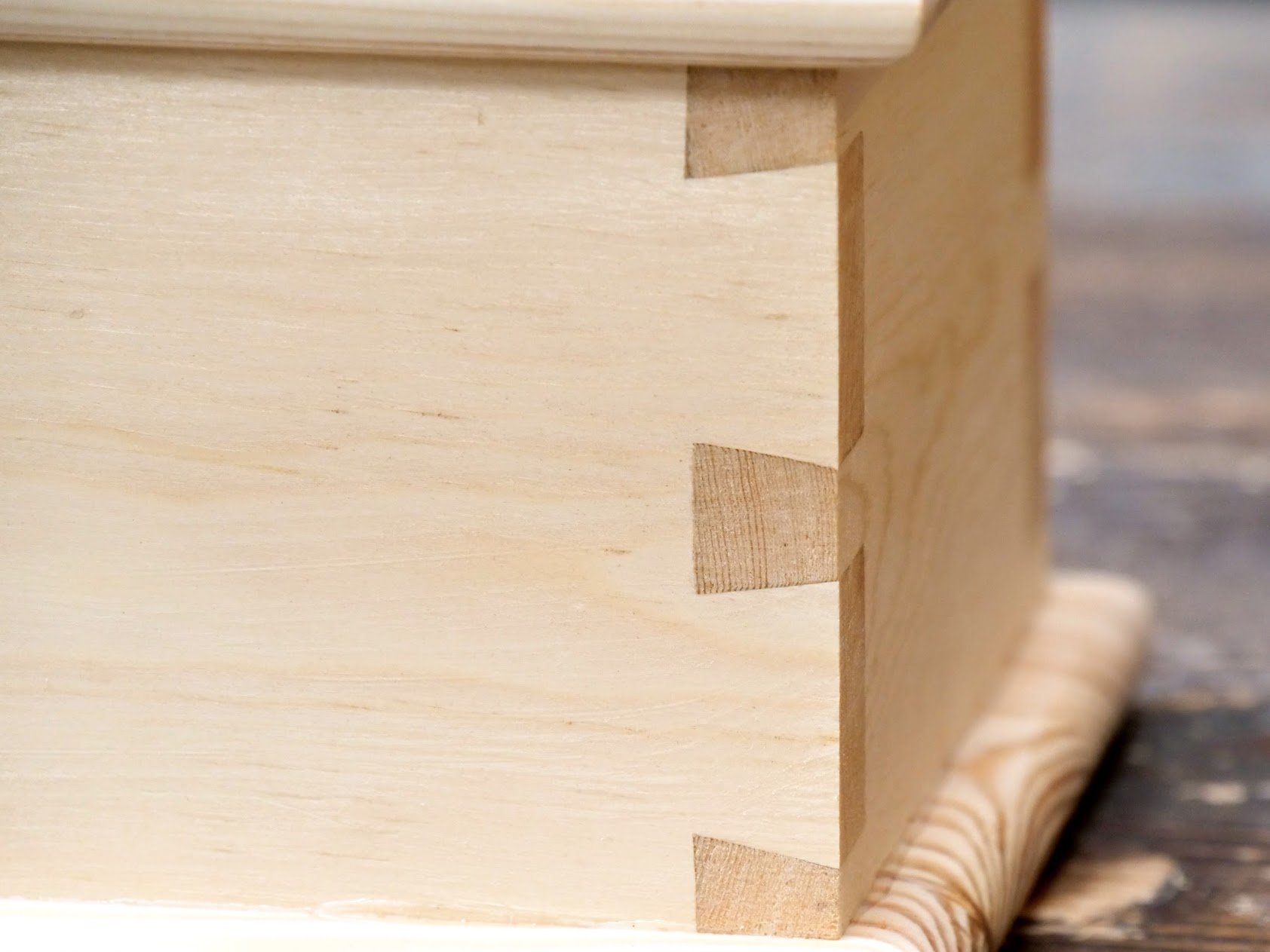 My recent blog posts and some others I have written recently and ready to come up have been a lot about perception of craftsmanship. I recently put something up on Instagram about an advert using a phrase that says, “The classic look of hand-cut dovetails.” It was advertising a router jig and the use of a machine router to cut these classic-look hand-cut dovetails that weren’t anything of the sort so, feeling it was more than disingenuous I felt I needed to respond. You know, balance out what was said. With no more ado I responded and said that no matter how you sliced it and no matter which jig guides the router, the router still cut it and the jig guides it and it’s not at all hand cut no matter what it says in the advert. I think for the main part most people understood that it is definitely a good thing to develop your skills to a competent level so that you are confident in your approach to woodwork and that your skills are indeed growing by rote practise. You see, most people actually want the work of hand work and developed skill only comes that way. Why sell yourself short? Actually, it reminded me of the time someone was cooking up rattle snake steaks in Texas and everyone kept saying, “Tastes like chicken!” I walked away and asked myself, “Why not just eat chicken?” 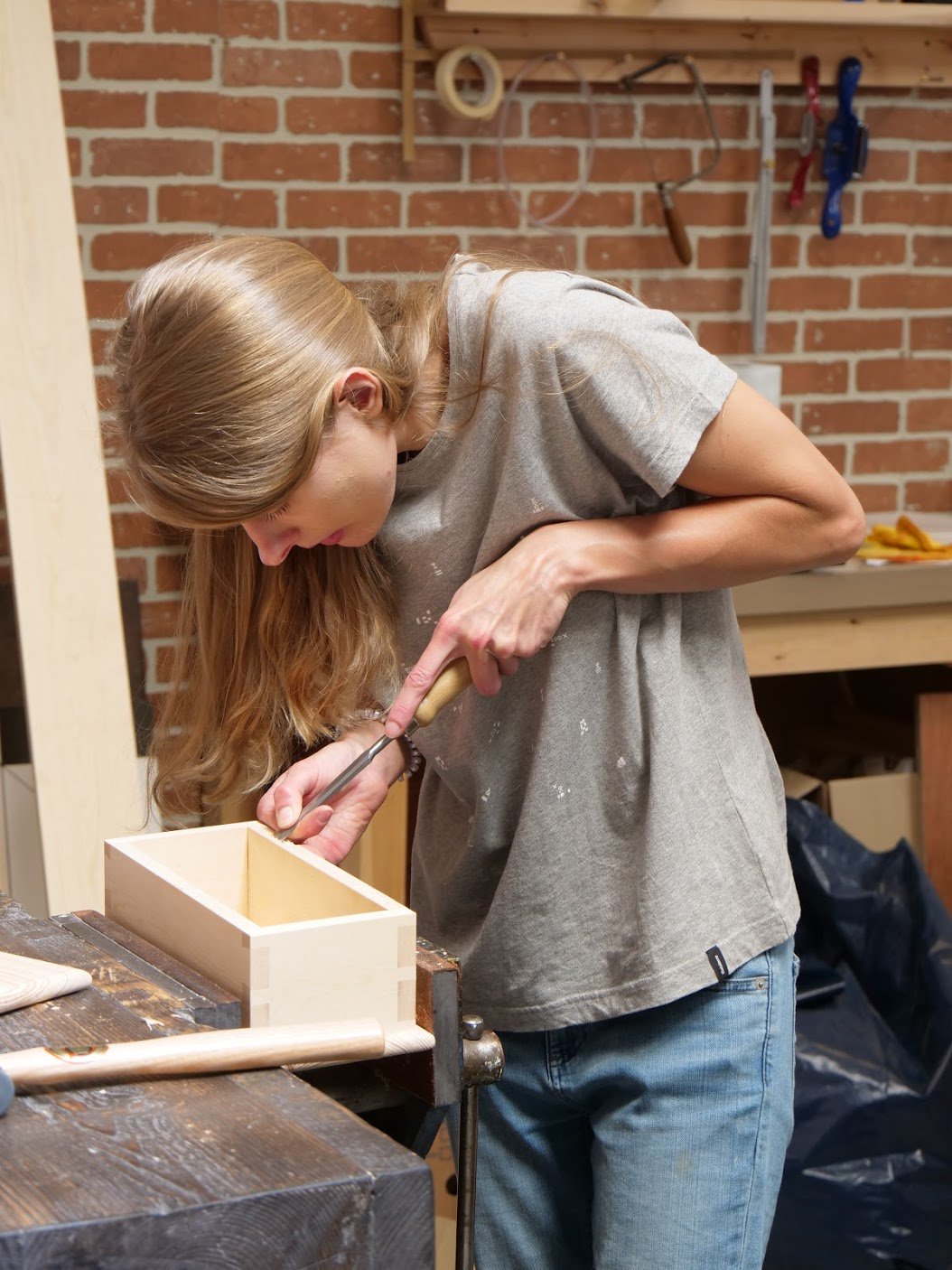 In Hannah’s case I see that the way she works with such care produces work I don’t see too often these days. So my question was this, is it because she is just a careful person or that my saying, ‘It’s not what you make but how that determines the outcome?’ You see I have met many people who are very careful but they just don’t get good results despite their care. In my day to day work I rarely need to do anything more to a dovetail once I have sawn it than glue it together. I rarely need to chisel a common dovetail to make it fit, it comes straight off the saw every time. For the main part care is something that is cultivated in children from an early age by parents. You can tell this. Careful parents input care into their children. They make them think about what they are doing as well as how they are doing it. I learned this with my own children and then encountered differences in children when I taught evening courses for children over a 20 year period. Whereas some children placed their tools carefully to task and then returned them carefully to the benchtop, others dropped them and even threw them down. 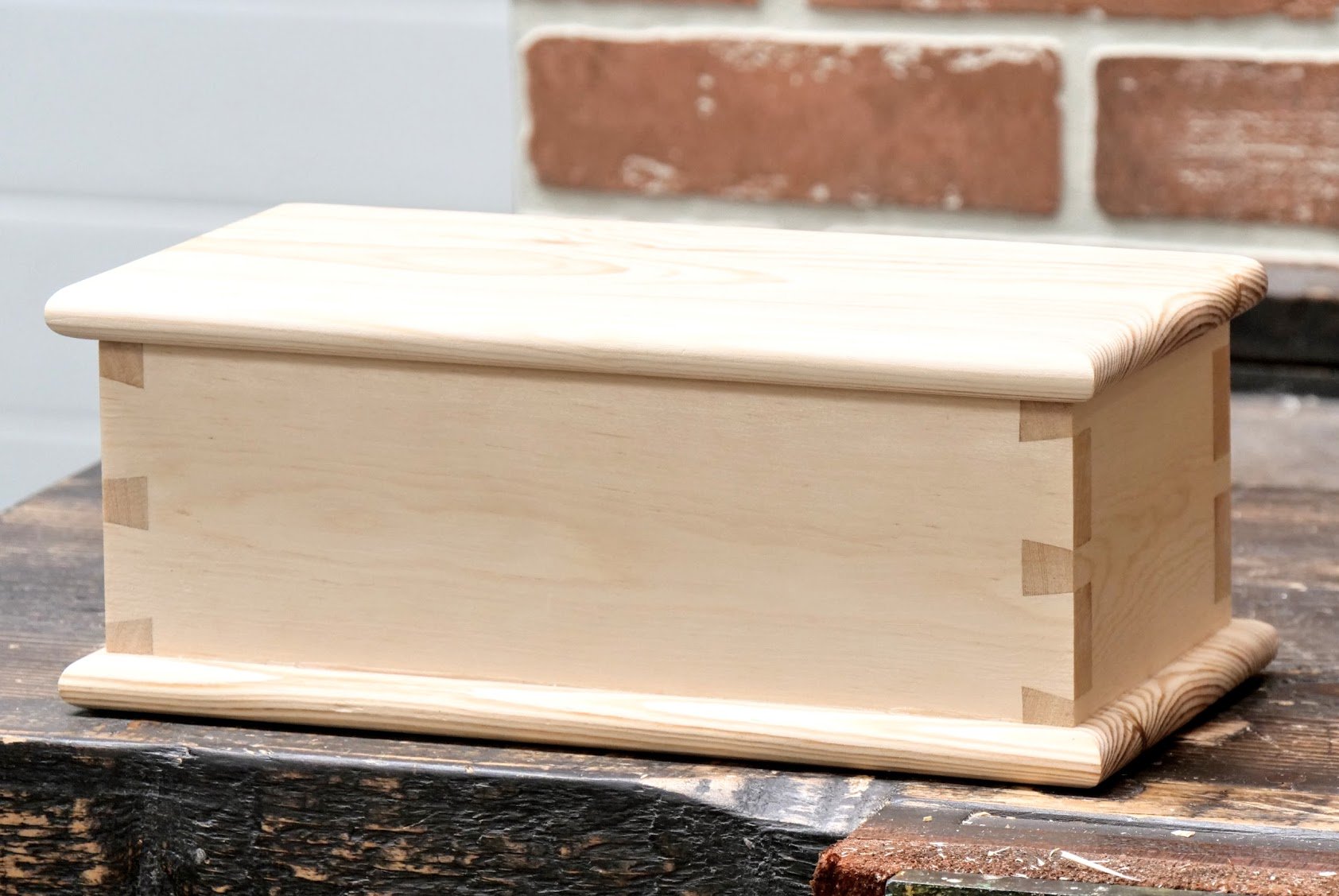 Their cuts were always cuts amiss and the wood always looked bruised and battered. Translated into the work this way showed how life was for them. Then I looked at the parents who I also insisted attended with their children and the same characteristics of the children were manifest in the parent who brought them to class. The careful kids produced clean and competent work whereas the careless parents had children producing poor results. In such cases it was important to work with both the parent as well as the child. it wasn’t counselling as such but more reflective. The evidence was there and clear. Because it was, it was easy to call into account. After that It was purely a question of change. 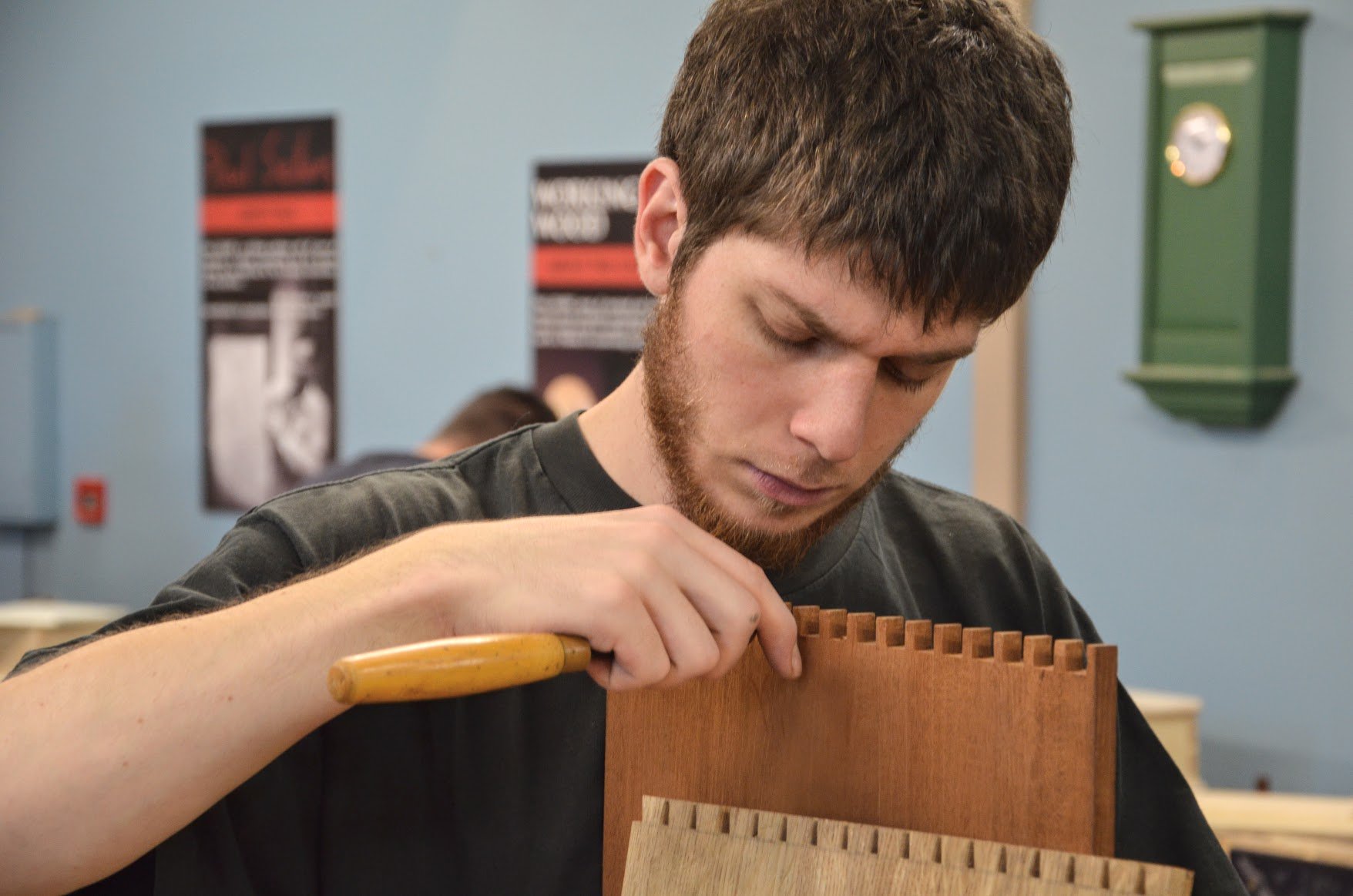 Did both parties want to change and become more sensitive and controlled or was there something stubborn that would defy change? With gentleness and kindness, as long as no one got offended, things would and did change. Of the many dozens of children and parents I taught I saw wonderful changes take place. A man who taught woodshop some decades ago, Sam Bush was his name, had a sign hung in his woodshop classroom that said, “It’s not what the boy does to the wood but what the wood does to the boy.” Sam told me that he had trained with an Eastern European who had the same sign hung in his shop. I thought I might hang the same sign too.